Happy Halloween! As promised, here is the big reveal of Trevor's Halloween costume! 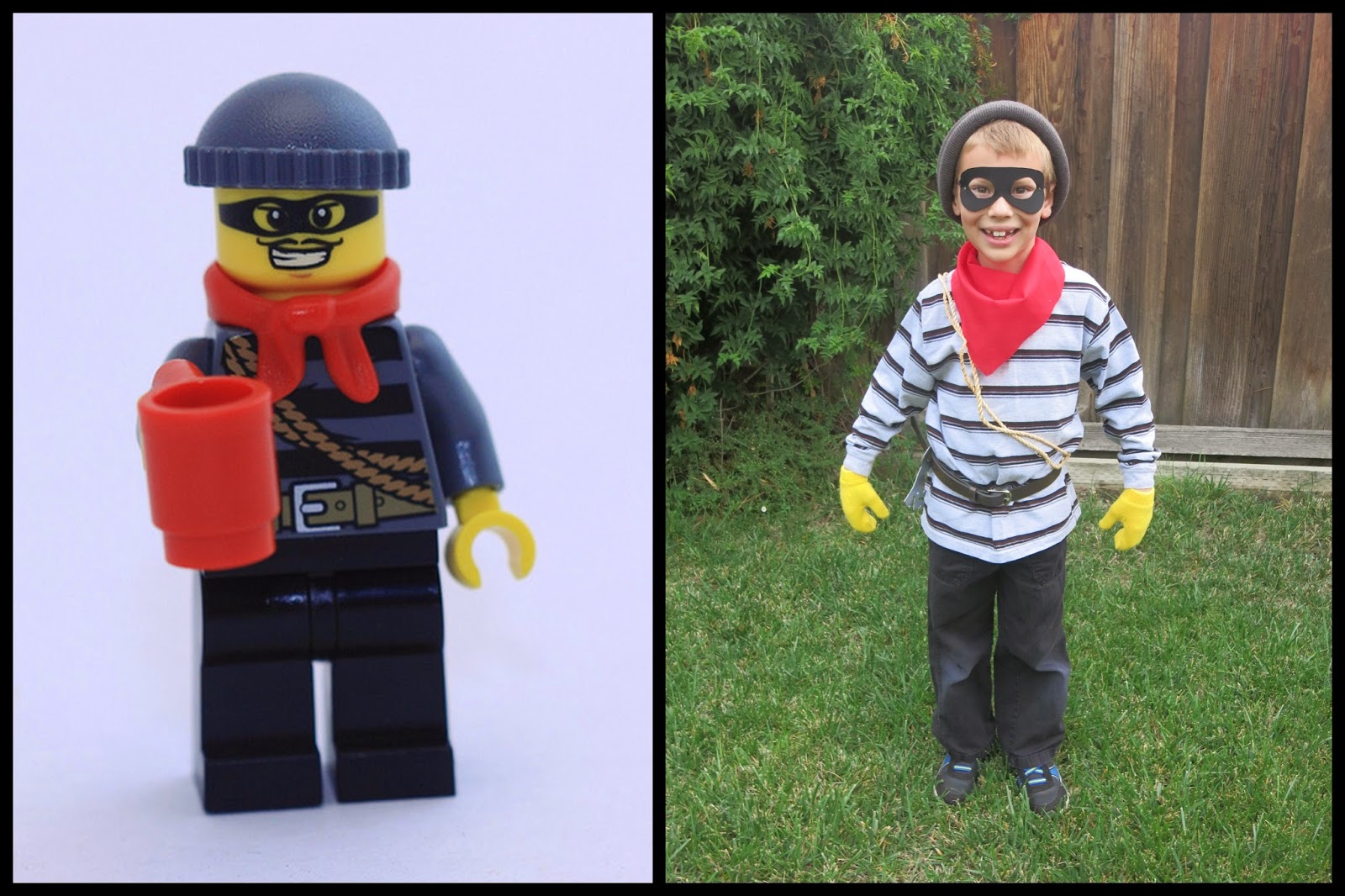 It's not a perfect match to the inspiration minifig, but pretty darn close! Trevor opted not to wear yellow face paint or a mustache, even though we'd done a trial run with both and they looked good. These pictures were taken just before a church event last night, so it's still possible that he'll choose to do the face paint and mustache for trick-or-treating tonight.

We had a lot of fun putting the costume together. Trevor already owned the black pants and striped shirt. We cut a triangle from a scrap of red fabric to make his bandana. I sacrificed one of my old belts (that I haven't worn in 15+ years) and used the Crop-A-Dile to punch a hole so that it would fit Trevor perfectly. We made oversize keys out of chipboard that we cut and painted silver, then strung them through rope that we draped across him. We made the mask from craft foam and black elastic. The only things we purchased were the yellow gloves and the grey hat, which should get plenty of use during the winter.

Not only was this costume very inexpensive and fun to make, but Trevor loves it. He can't stop smiling when he's dressed up. Check out these pictures I took of him sneaking around like a robber, hiding in the bushes, putting his hands up, and preparing to get handcuffed. 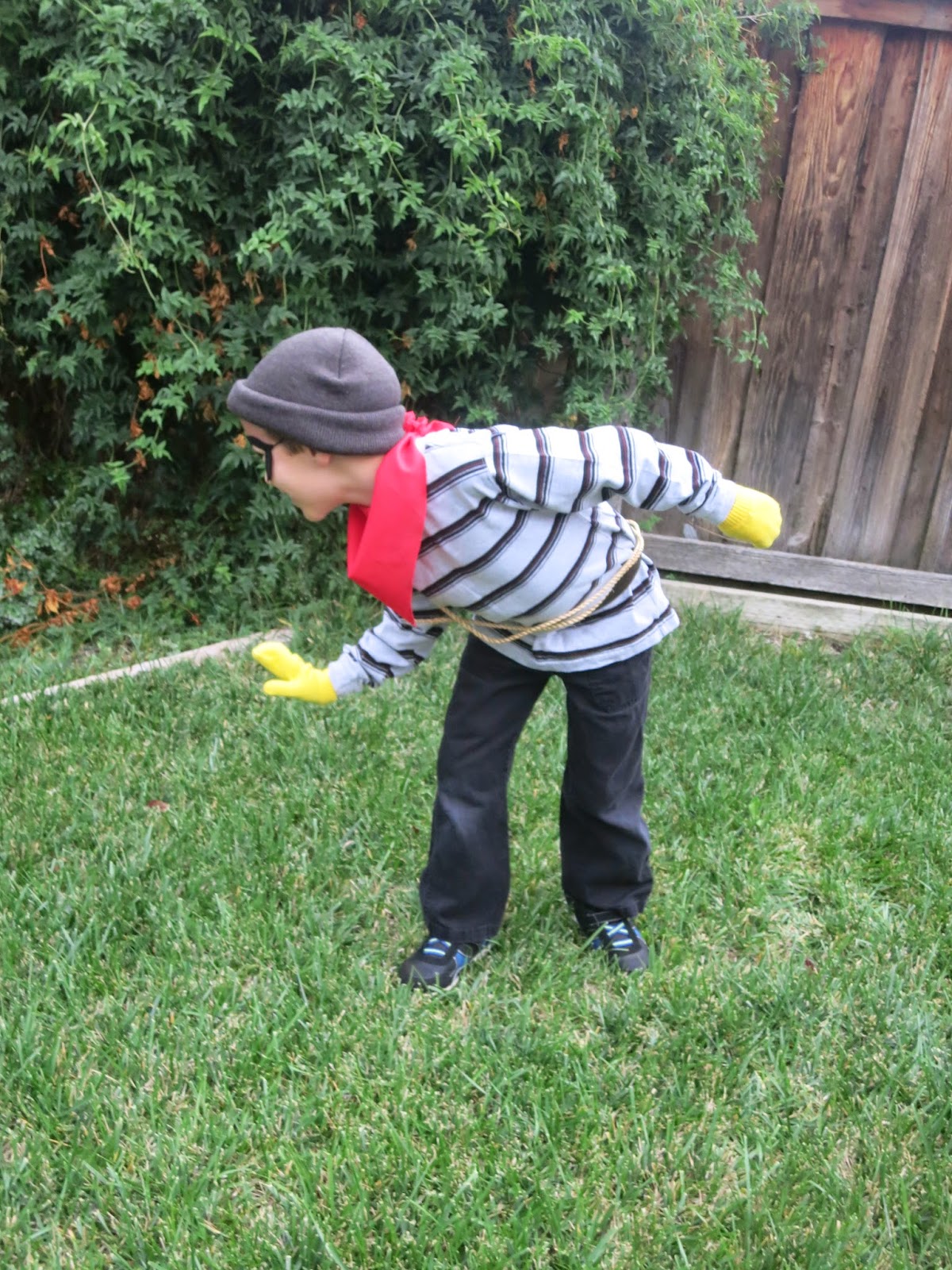 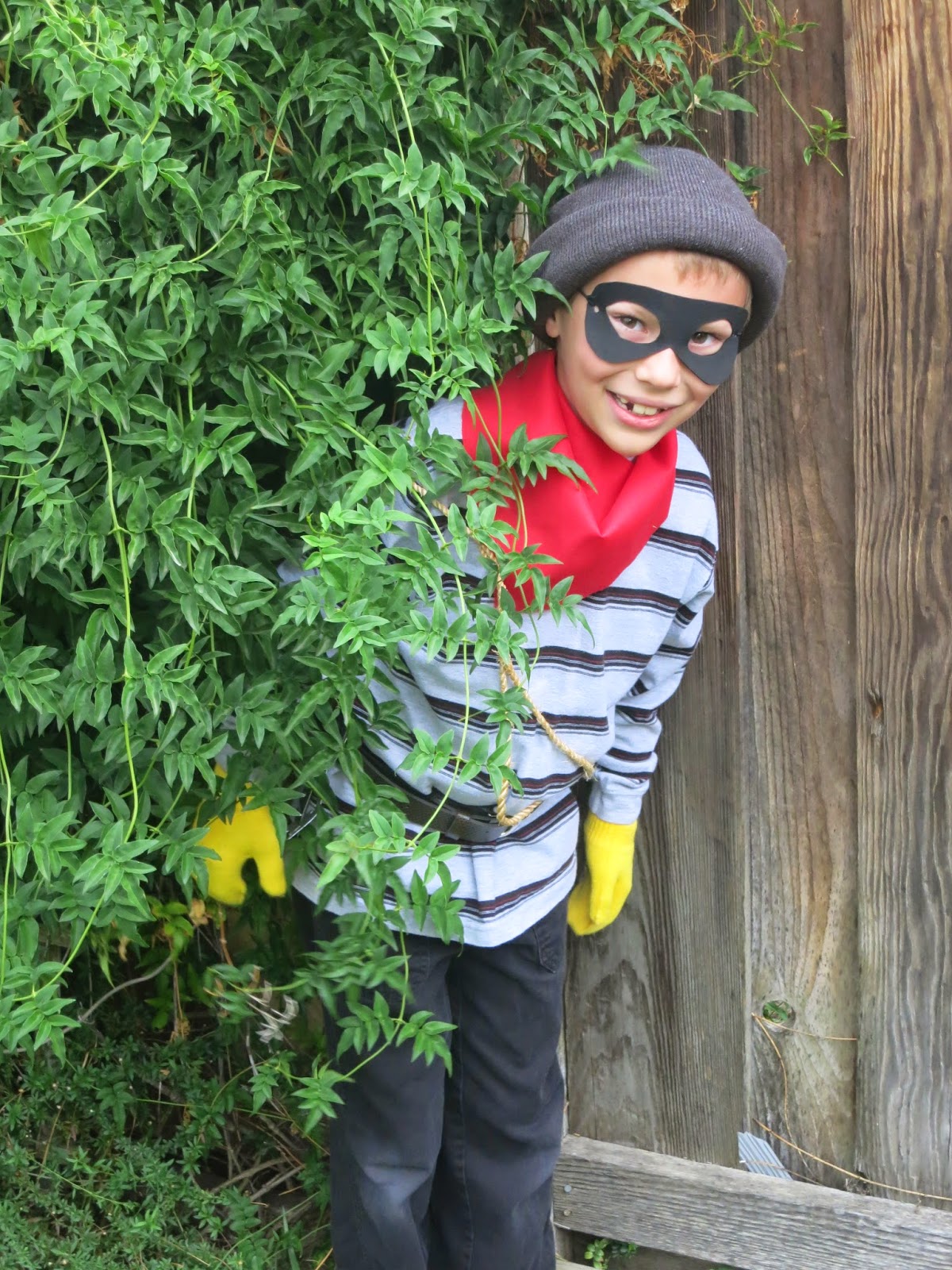 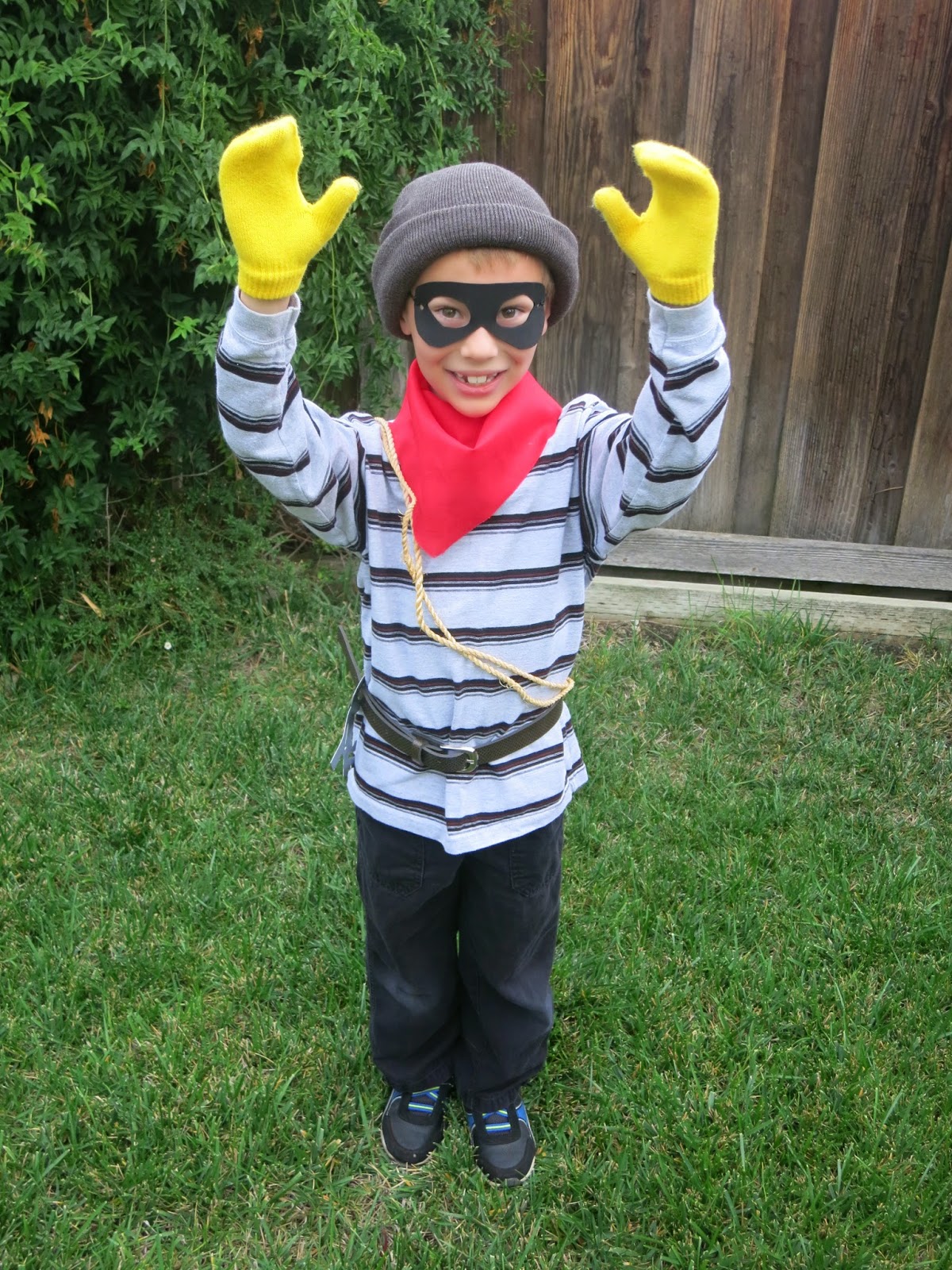 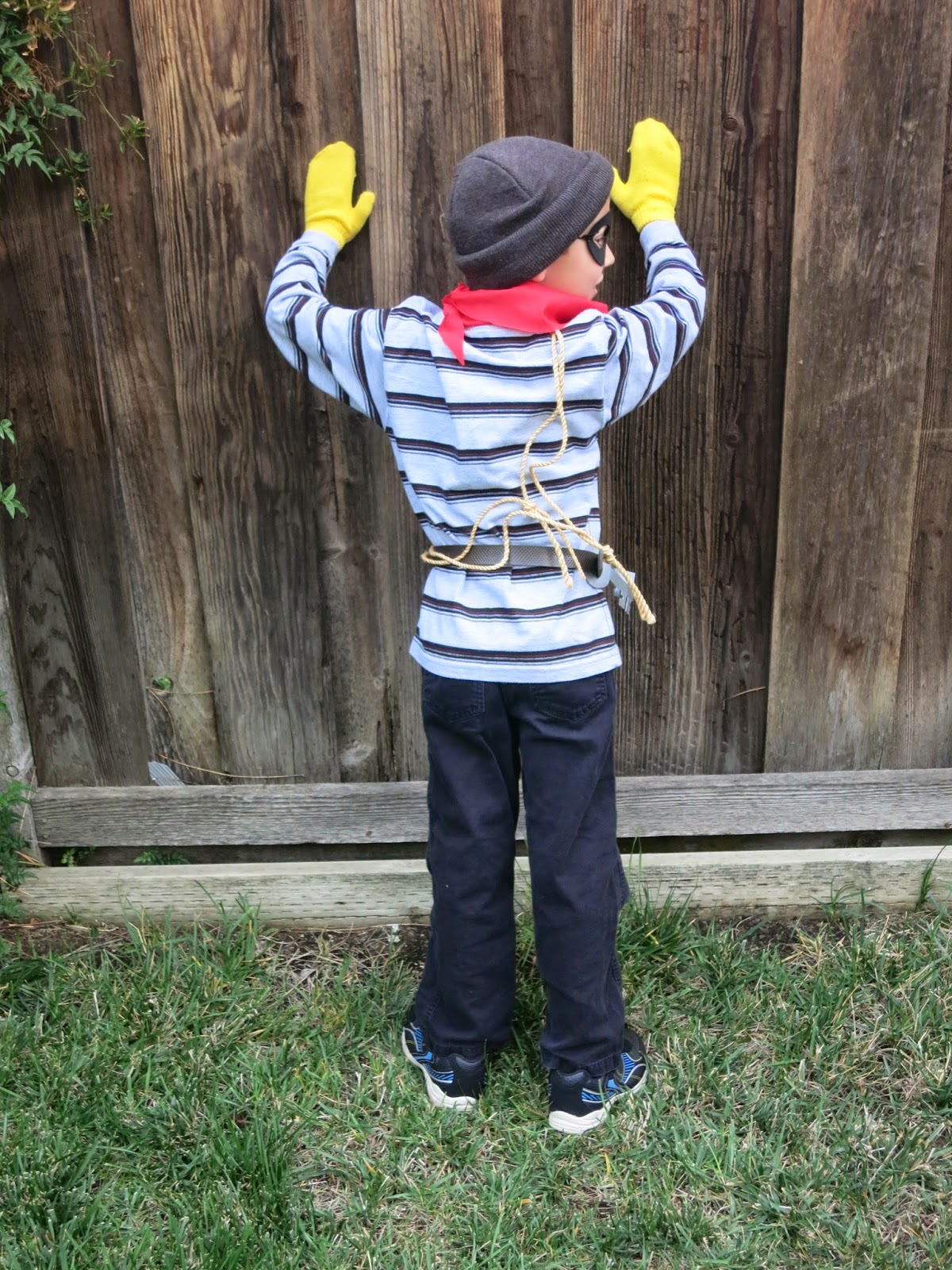 Cutest robber ever, even without the mustache.
Email ThisBlogThis!Share to TwitterShare to FacebookShare to Pinterest
Labels: Halloween