The "Only Two Items" Game

Indulge me today, while I once again stroll down Memory Lane.

When I was about Trevor's age (8), my best friend and I would frequently spend a summer's day gathering a huge pile of empty aluminum cans, crushing them, and then lugging them downtown to the grocery store to redeem them for a handful of nickels. Nancy and I would browse through the grocery store, perhaps buying candy, perhaps saving our coins for a Thrifty ice cream cone or a Slush Puppy at the donut shop nearby. The shopping center was only about a mile from home, but we went alone and would often be gone for 4 or 5 hours with no specific plans once we had our fistfuls of coins. Our parents had no idea where we were (other than that we somewhere in the general direction of downtown) and no way to get in touch with us. It was a different world, for sure.

That is illustrated pretty well by the only picture of Nancy and me from that era that I was able to find here at my house. There are hundreds, if not thousands, at my parents' house, but apparently only one here. As those of you who were around in the 70's can tell, we're sitting in the Way Back without seat belts, which we did all the time (and lived to tell about it, fortunately). That's me on the left, Nancy is on the right, and my younger sister Kari is the one who is looking at the camera. 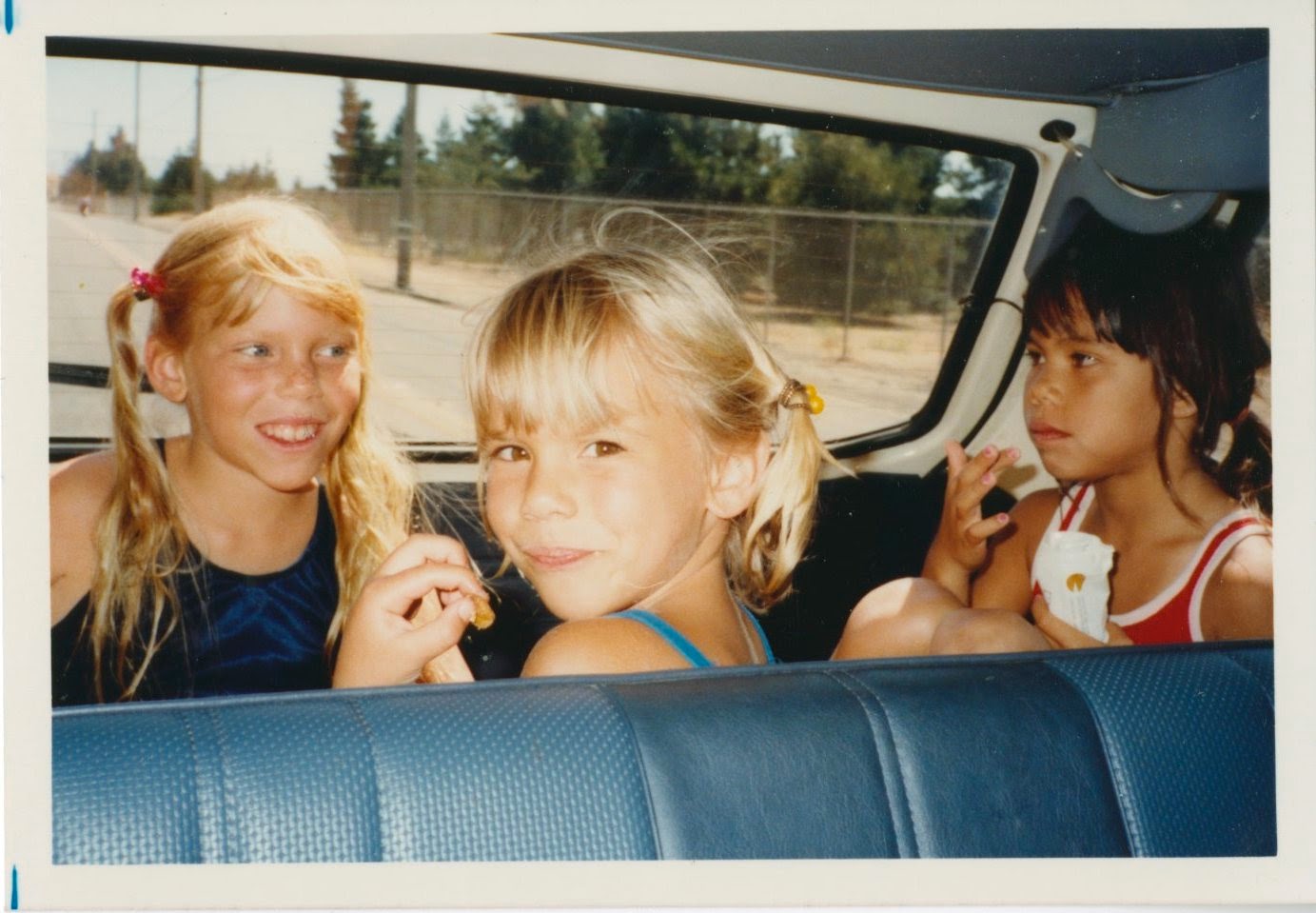 Anyway, back to my story. One of the things Nancy and I would do once we'd recycled our cans was to walk up and down all the aisles of the store playing the "Only Two Items" game. It all started one time when we were standing in line at the grocery store with handfuls of nickels and some candy bars. There was a man ahead of us in line with only two items in his cart: kitty litter and Kool Whip. Once he was gone, we started giggling about what scenario he could possibly have at home that he needed kitty litter, Kool Whip, and absolutely nothing else. And instantly, a game was born.

The goal of "Only Two Items" was to pick two items in the store that would be the most ridiculous things to buy together with absolutely nothing else. There's nothing weird about going to the store for only milk and bread. Totally normal to pick up chips and soda. Cold medicine and Kleenex. All logical. But consider someone buying nothing but marshmallows and Pepto-Bismol. Or a can of SpaghettiOs and a bottle of champagne. Canned dog food and a package of plastic forks. One of us would come up with a combination like that and the other would fall over laughing. That's funny stuff when you're 8. Good times.
Email ThisBlogThis!Share to TwitterShare to FacebookShare to Pinterest
Labels: Memory Lane