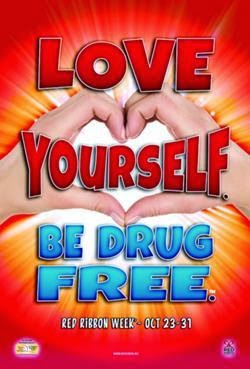 Trevor's school is celebrating Red Ribbon Week with five spirit days. Monday was Backwards Day ("Turn your back on drugs!"). Trevor started out the morning by attempting to put ALL his clothes on backwards, but immediately changed his underwear and pants back the proper direction. He did, however, leave his shirt and socks backwards (the heel of the sock on the top of his foot instead of on the bottom). He claimed it wasn't uncomfortable. Perhaps not compared to backwards underwear and pants...

Tuesday was Sports Day ("Team up against drugs!"). That's an easy one - Trevor has numerous San Francisco Giants shirts, hats, sweatbands, etc. from Junior Giants. About 50% of the school was in Giants gear, so he fit right in.

Yesterday was Camo Day ("Hide yourself from drugs!"). Trevor doesn't own any camouflage-print clothing, so he came up with a brilliant alternative. He dressed in a plain tan shirt and tan pants, brought a roll of Scotch tape with him, and picked up fall leaves and taped them to himself as we walked to school. Here he is with the first few leaves. 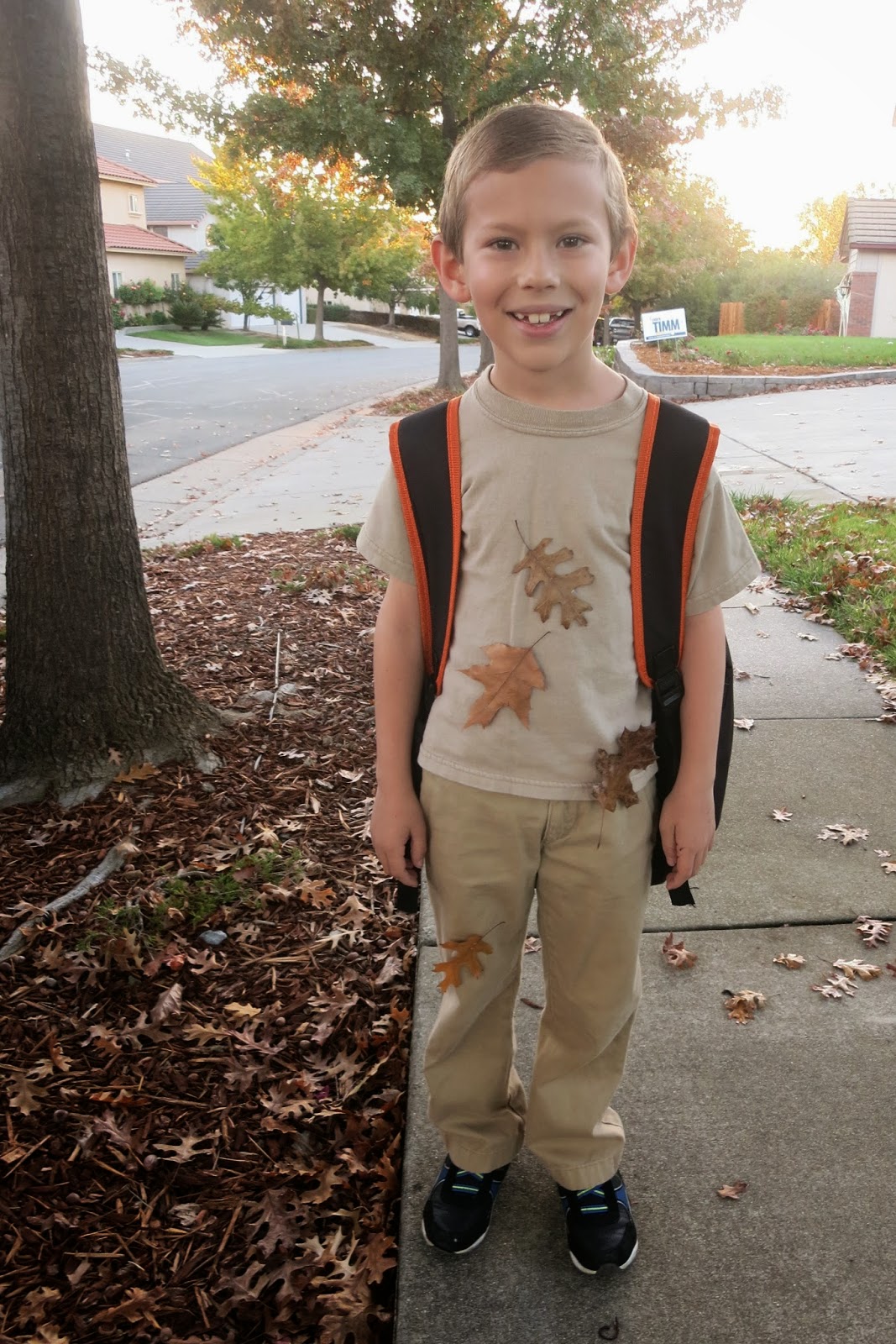 The bell rang as we were taping the last leaves to him, so I wasn't able to take a picture of him covered with leaves. He got tons of compliments on his outfit.

Today is Career Day ("Make being drug-free your second career!"). Trevor wants to build robots and design laser mazes when he grows up. How exactly does one dress up to indicate that career choice?! I suggested that he wear regular clothes and add a professional name badge. We worked together to design this:

He's really excited to wear it to school. It'll be fun to see if there are any other programmers or engineers amongst the expected firefighters, doctors and nurses, soldiers, police officers, and professional athletes.

Tomorrow is Hawaiian Day ("Take a life-long vacation from drugs!"). Trevor has many Hawaiian shirts and plastic leis, so that will be an easy one. Of course, he'll be changing out of that outfit and getting into his robber minifig costume as soon as he's home from school. It's adorable and we had a lot of fun putting it together. I'll show you tomorrow.
Email ThisBlogThis!Share to TwitterShare to FacebookShare to Pinterest
Labels: Halloween