On to Part 3 of Trevor's Travel Binder! (To see it from the beginning, go here.)

On Saturday 10/4, we were scheduled to visit the village of Saguenay. We arrived to clear skies but lots of wind. Our ship was anchored, so we had tender service to the dock. They sent one group ashore before declaring it too windy for safe passage on tenders. The port was canceled and the group brought back as soon as it was safe to do so. We were very disappointed to miss Saguenay. Trevor and I were planning a hike at Saguenay National Park, while Steve was going to go sea kayaking with my sister's family. But it was nice to have an unexpected day at sea for reading, relaxing, and all the onboard activities. 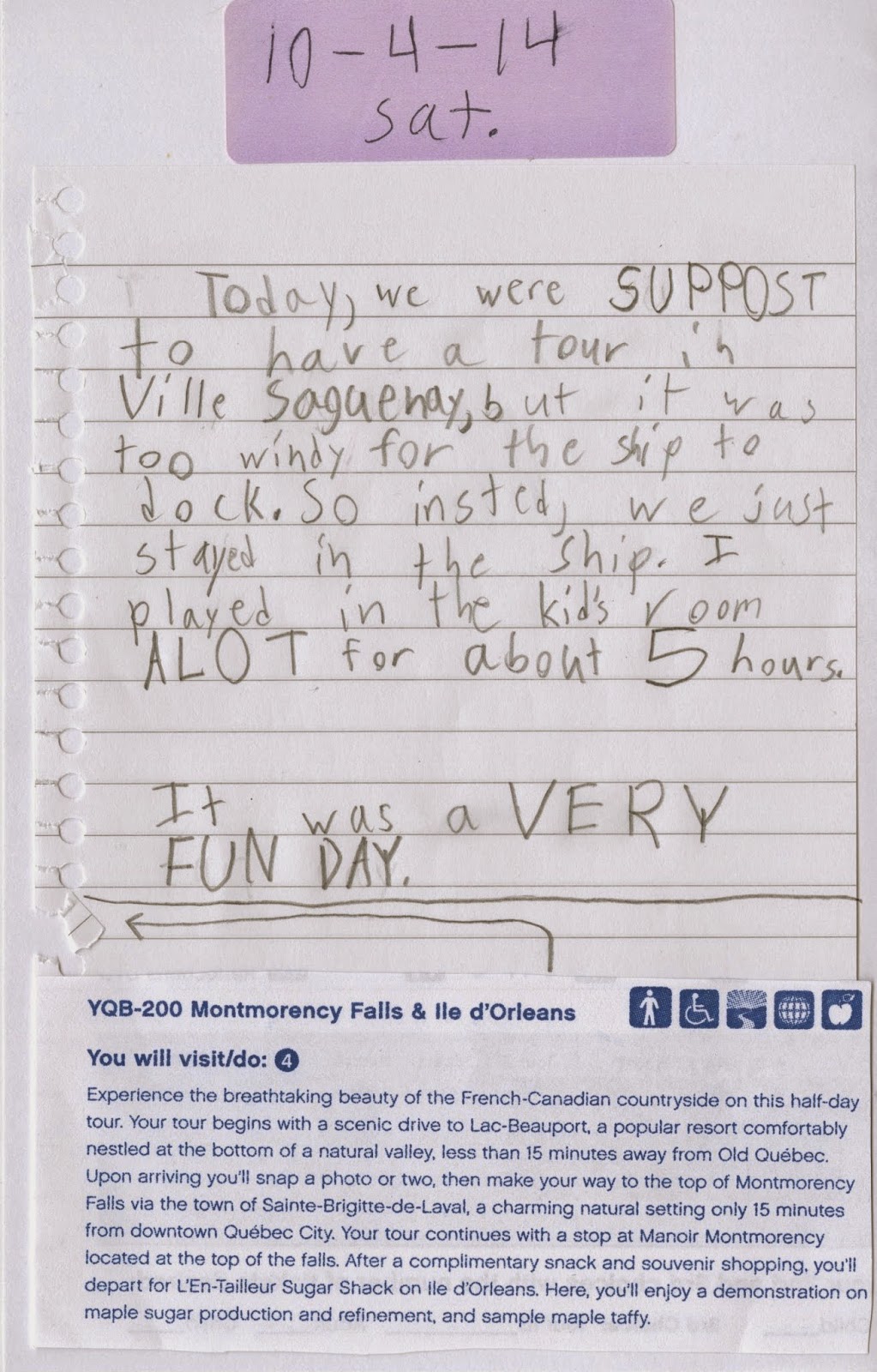 Trevor's Question of the Day asked us to rank Toronto, Montreal and Quebec City from our favorite to least favorite. Of the 9 who answered (18 month old Allison was asleep and wouldn't have understood the question anyway), 8 of us ranked Toronto tops, Quebec City second, and Montreal third. My dad was the only one who had a different opinion. 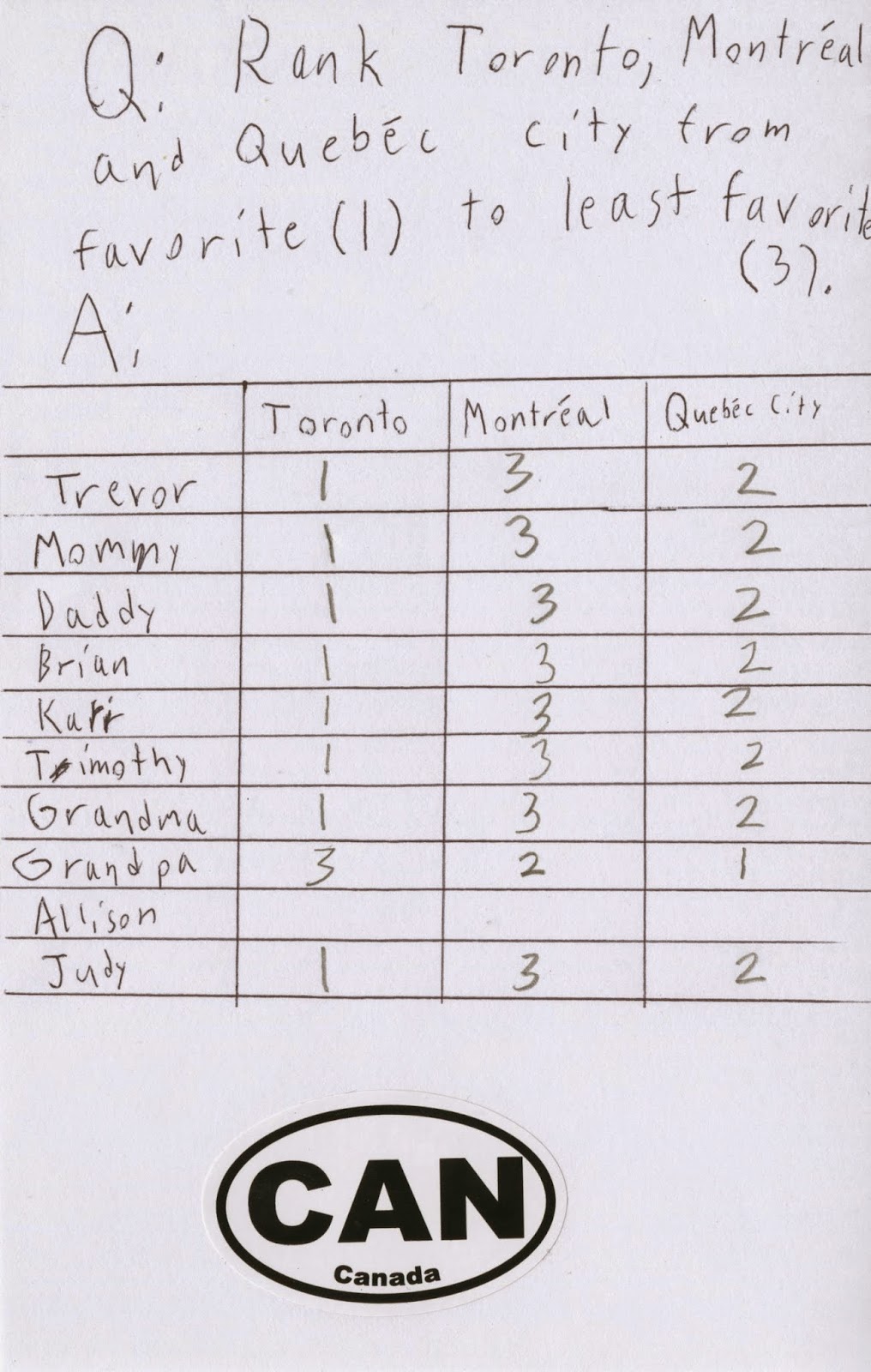 On Sunday 10/5, we were supposed to stop at Gaspe, but once again it was too windy for us to safely get ashore. We'd been planning to visit Forillon National Park, so it was once again disappointing to miss our hike. But the ship really stepped it up with onboard activities to make up for the canceled port. Steve and Trevor both entered a paper airplane contest. Out of the 30+ people who entered, they were the only two to successfully fly their planes from Deck 7 through a hula hoop on Deck 5. 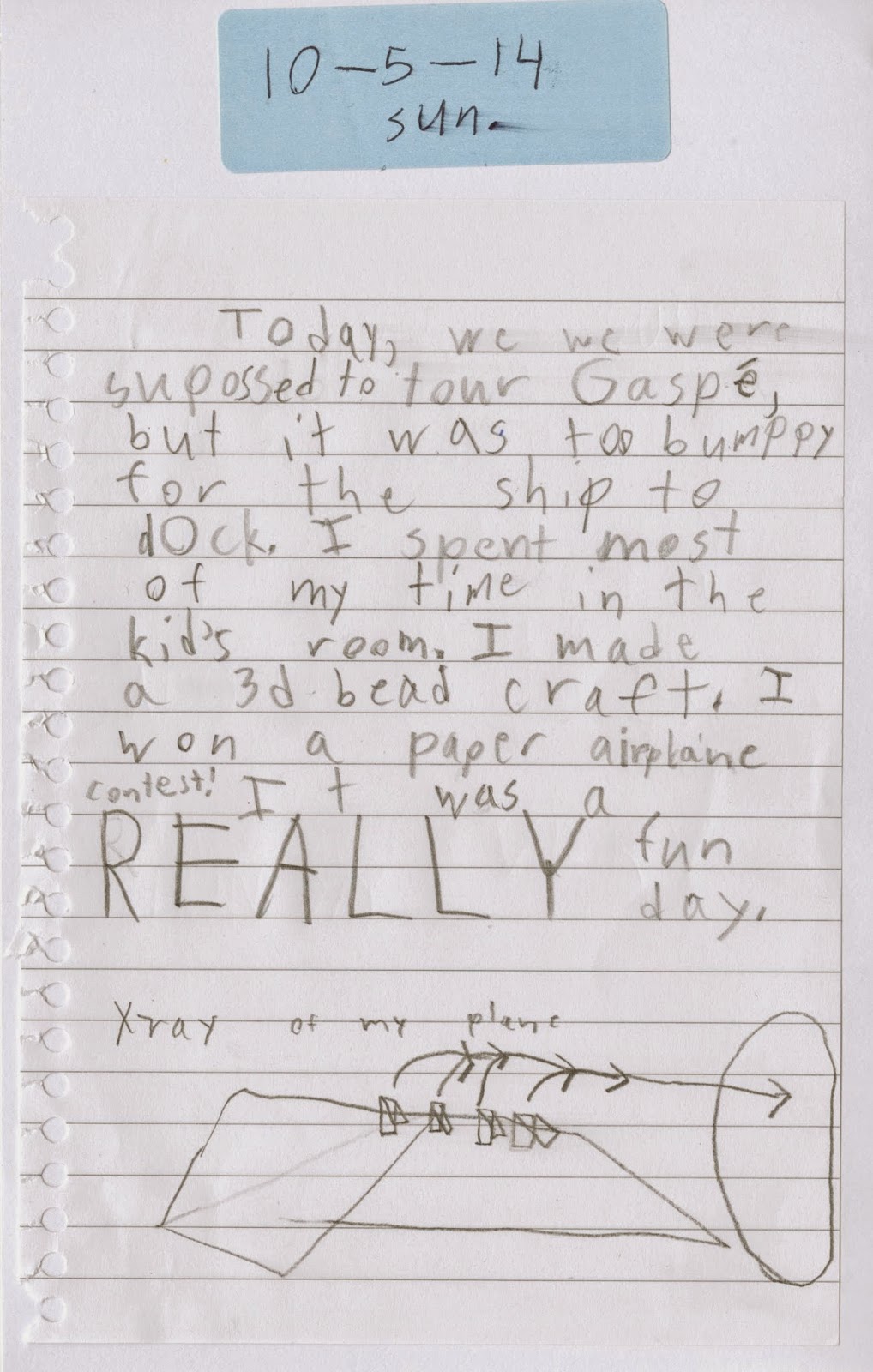 The Question of the Day asked us to each name one interesting fact we'd learned about Canada so far. 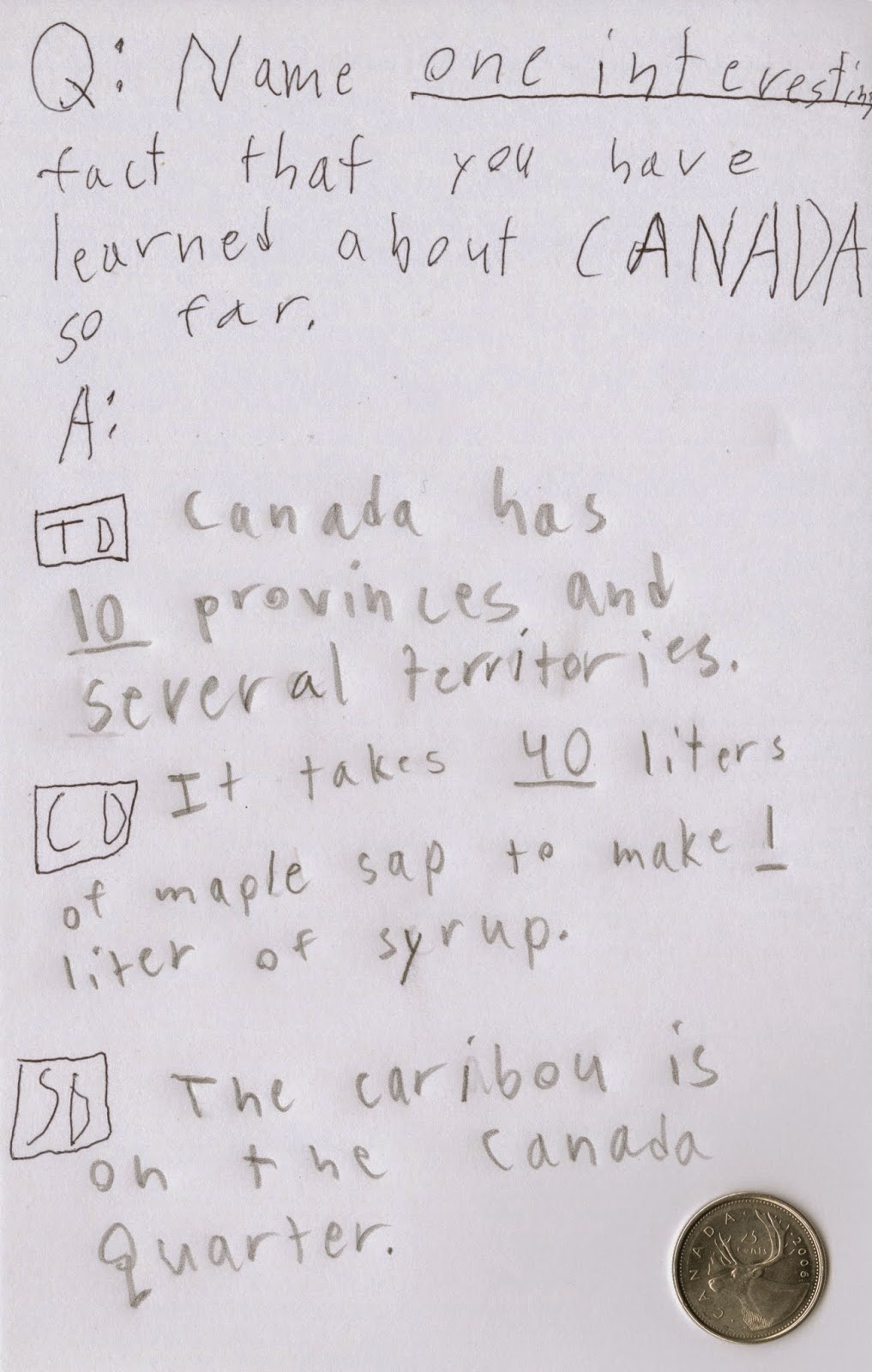 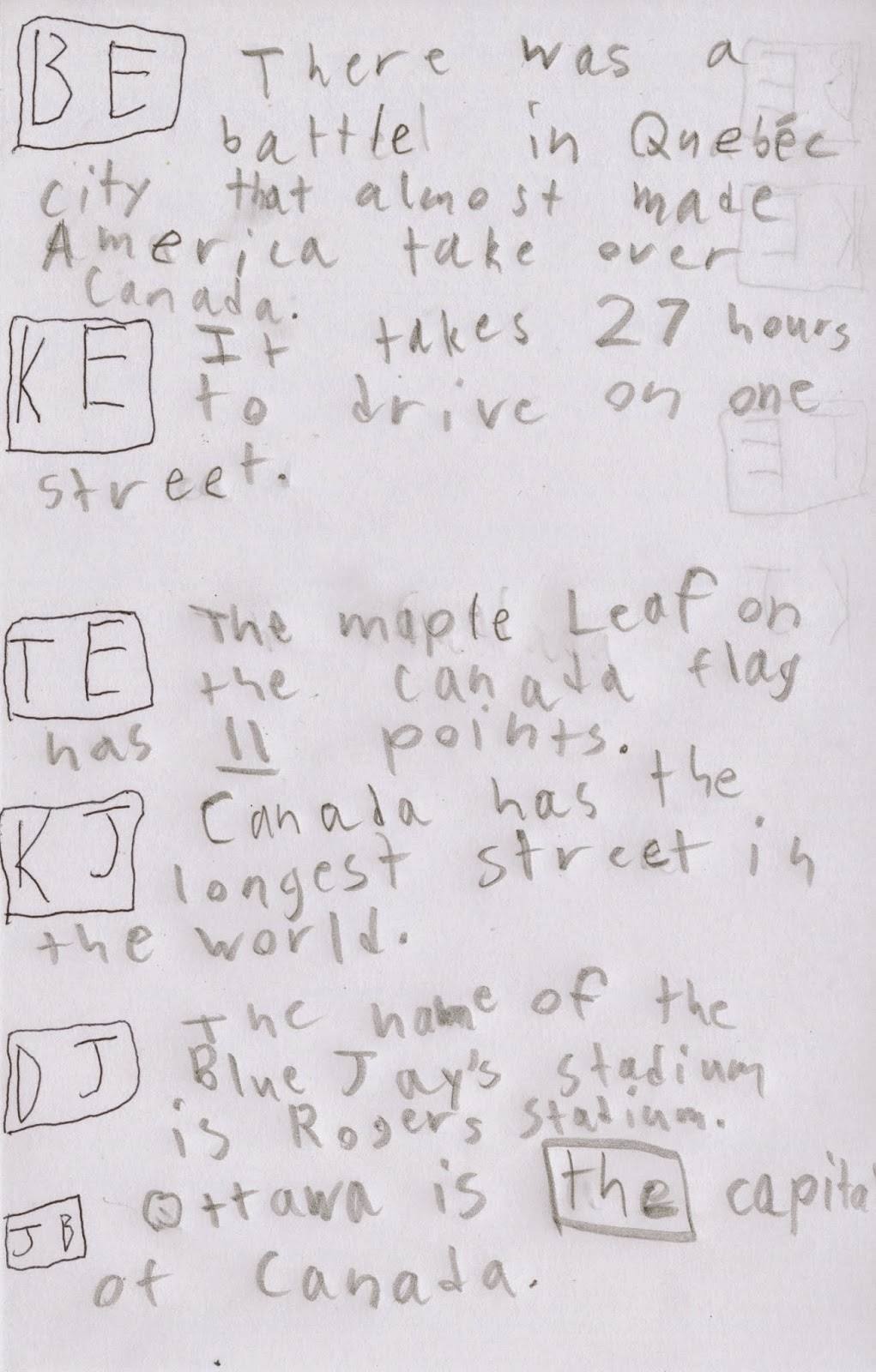 On Monday 10/6, we visited Charlottetown on Prince Edward Island. It was a wonderful city. We took a guided trolley tour in the morning, then spent the afternoon exploring on our own. We stumbled on a super-cool scavenger hunt that ended up being a highlight of the trip for us. We enjoyed some Moo Crunch and Fluff N Udder at Cow's, an ice cream shop ranked best in Canada and best in the world. Well-deserved, in our opinion. 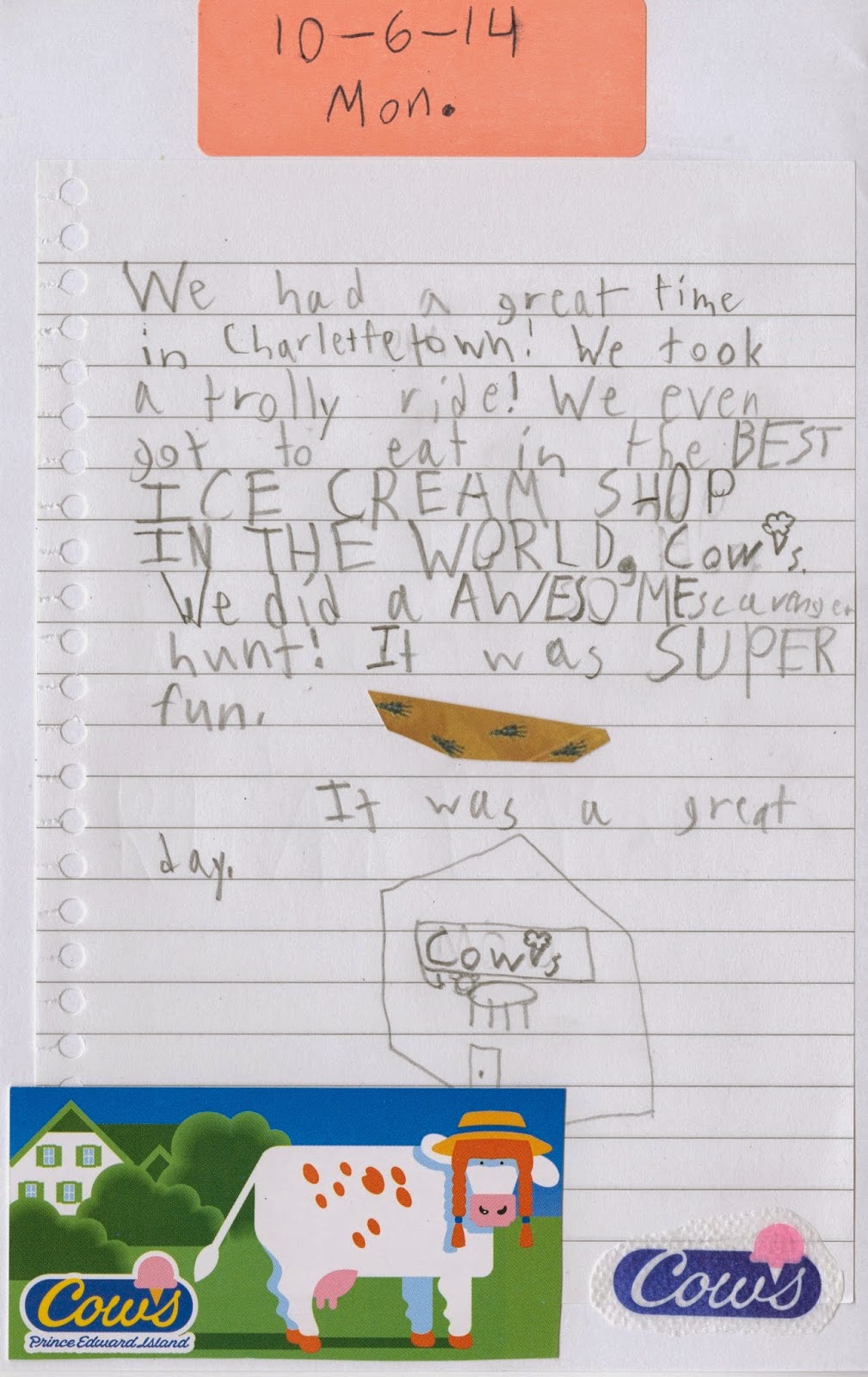 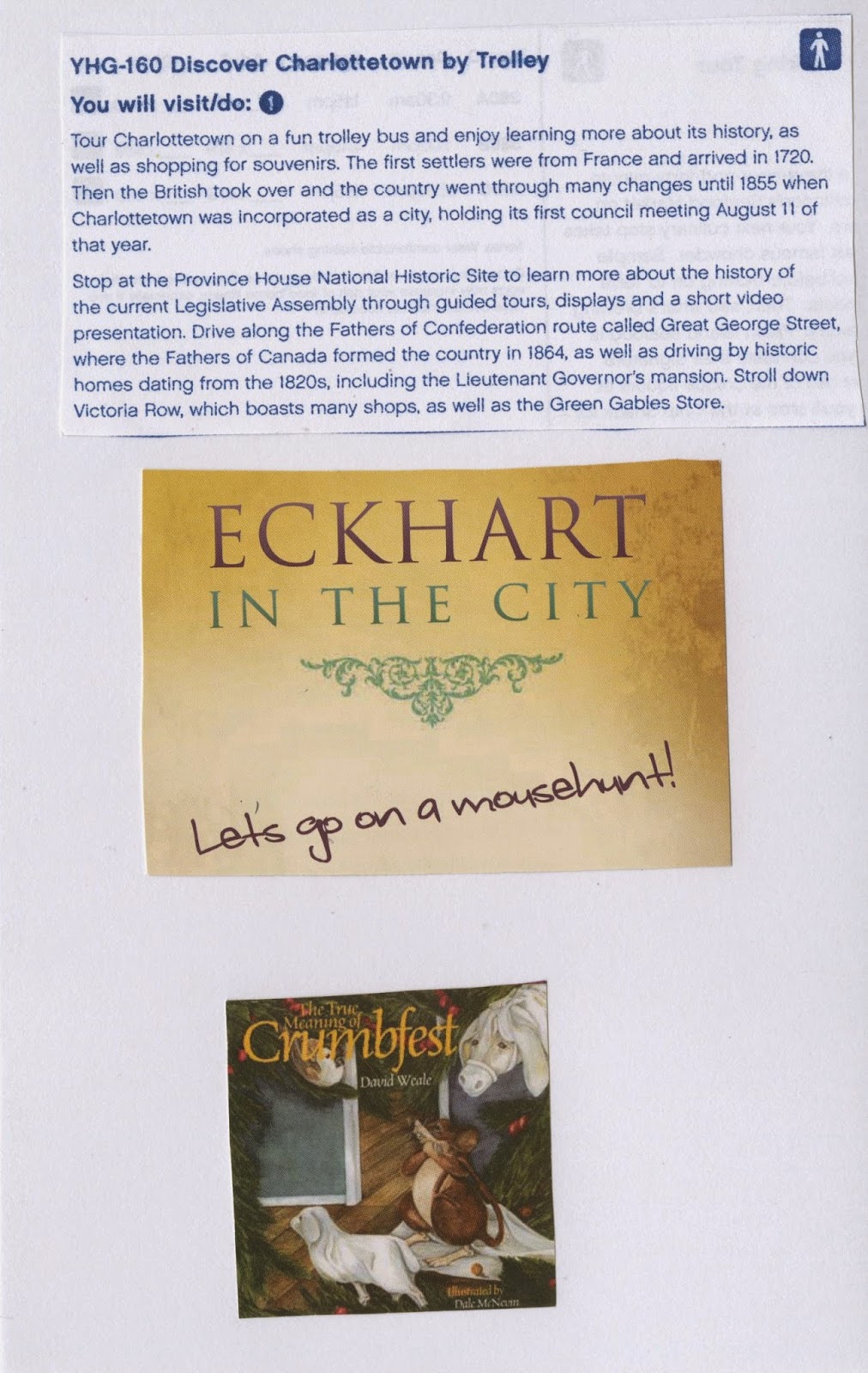 That evening, Trevor asked us "How was your tour?" Our group of 10 people had done three different tours, so we answered in groups. It was great to reconnect in the evening and share our day's adventures. 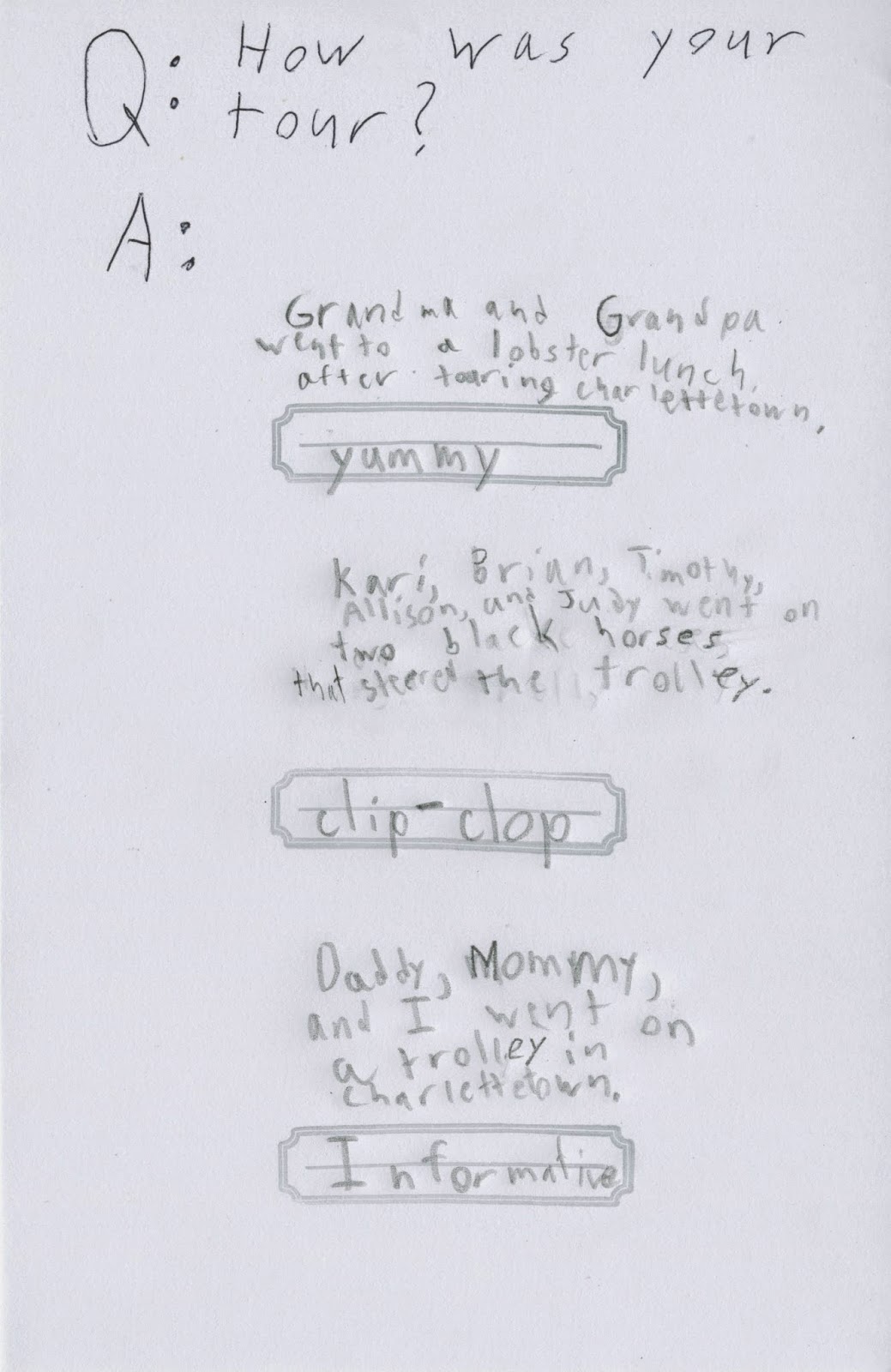 On Tuesday 10/7, we were in Sydney, Nova Scotia. We visited the Cape Breton Miners' Museum. What an amazing tour! We learned so much from our guide, who had actually started working in that very mine at the age of 8. 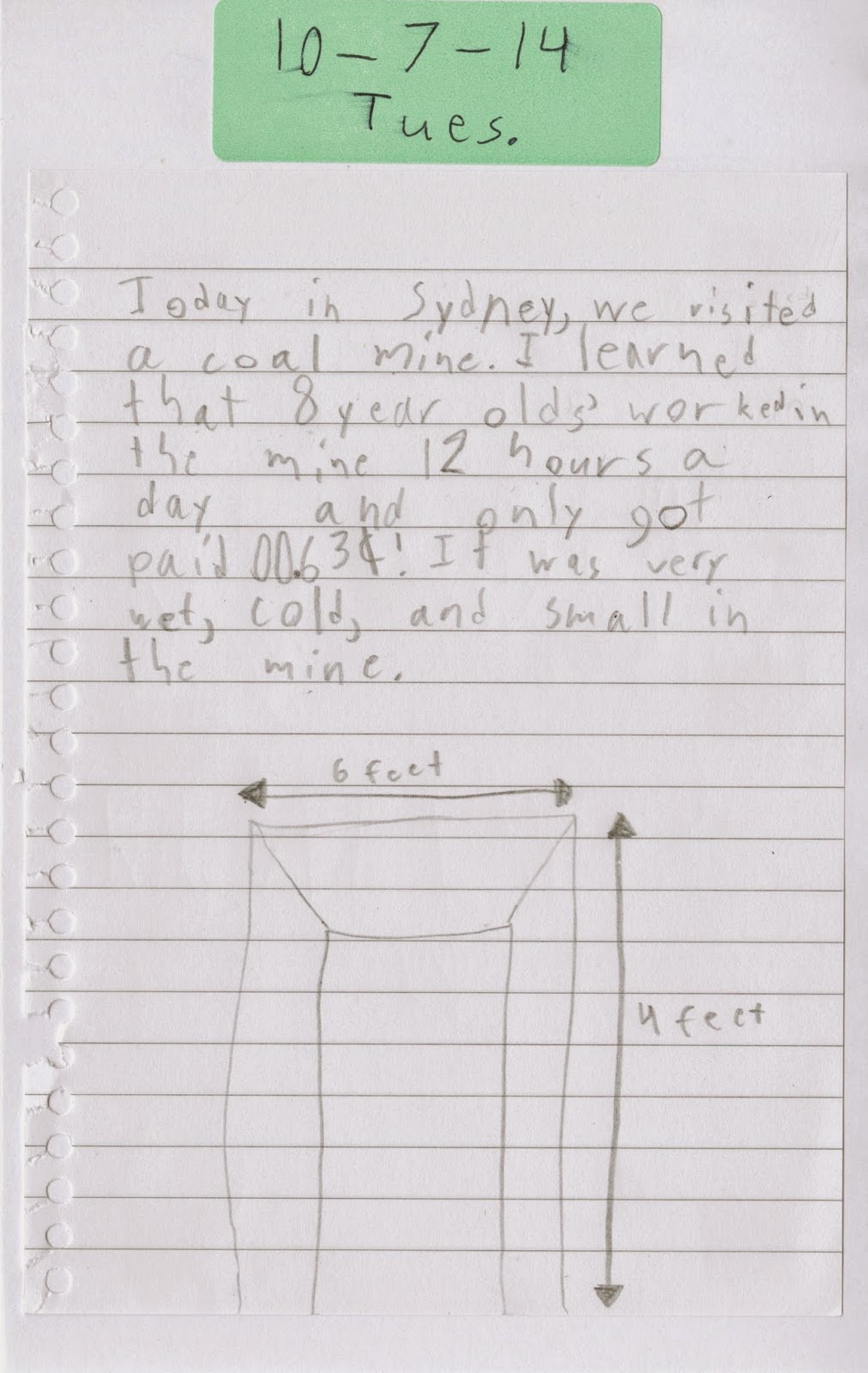 Next, we headed to the Glace Bay Heritage Museum, where we sampled some extremely tasty oat cakes and then enjoyed the museum. 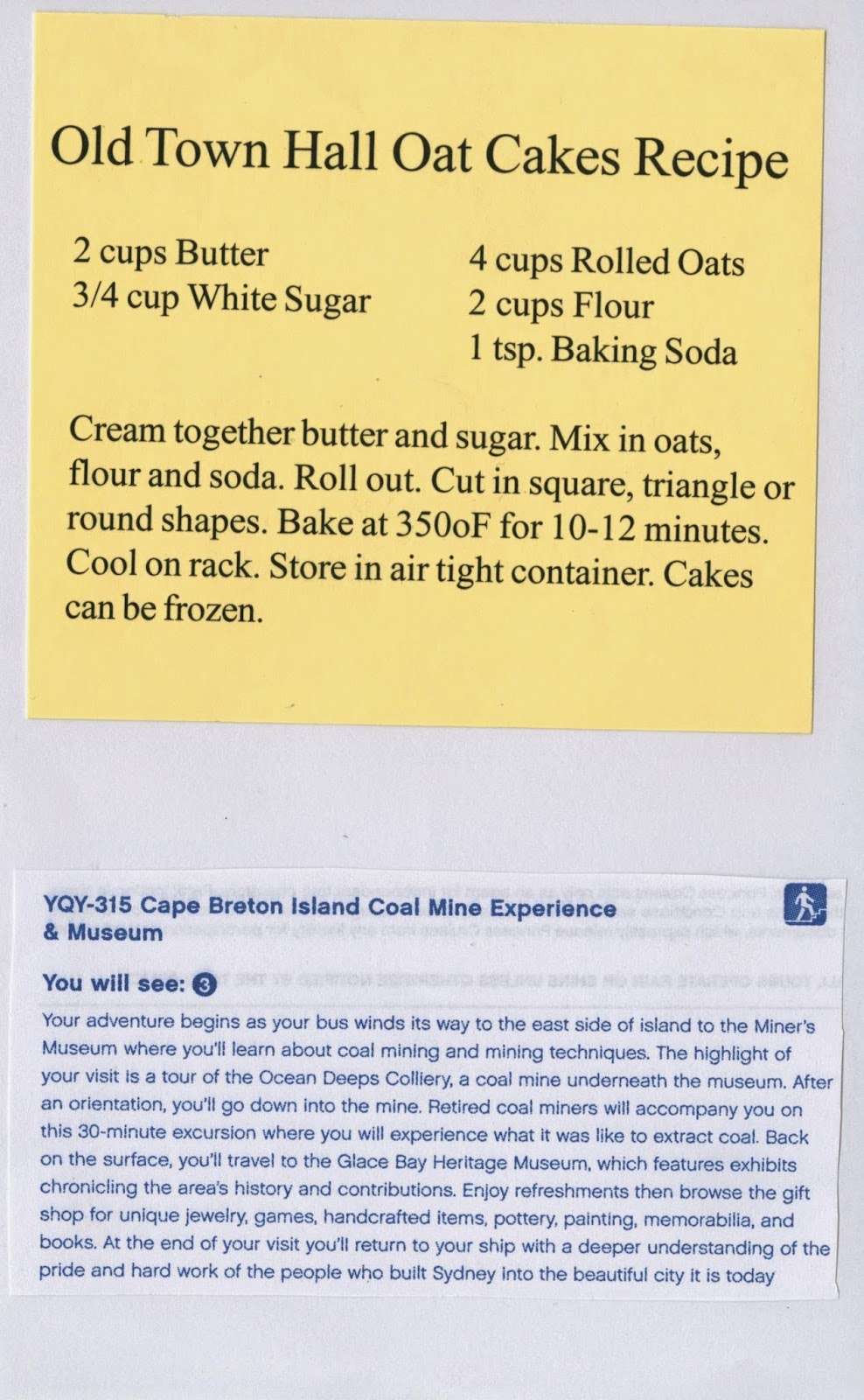 Trevor asked each of us about our favorite thing of the day. He really had to think about his answer, since he'd enjoyed it all so much. He decided the oat cakes were his favorite part. He announced that he wanted to make them for his classmates during his oral report. They were a huge hit. 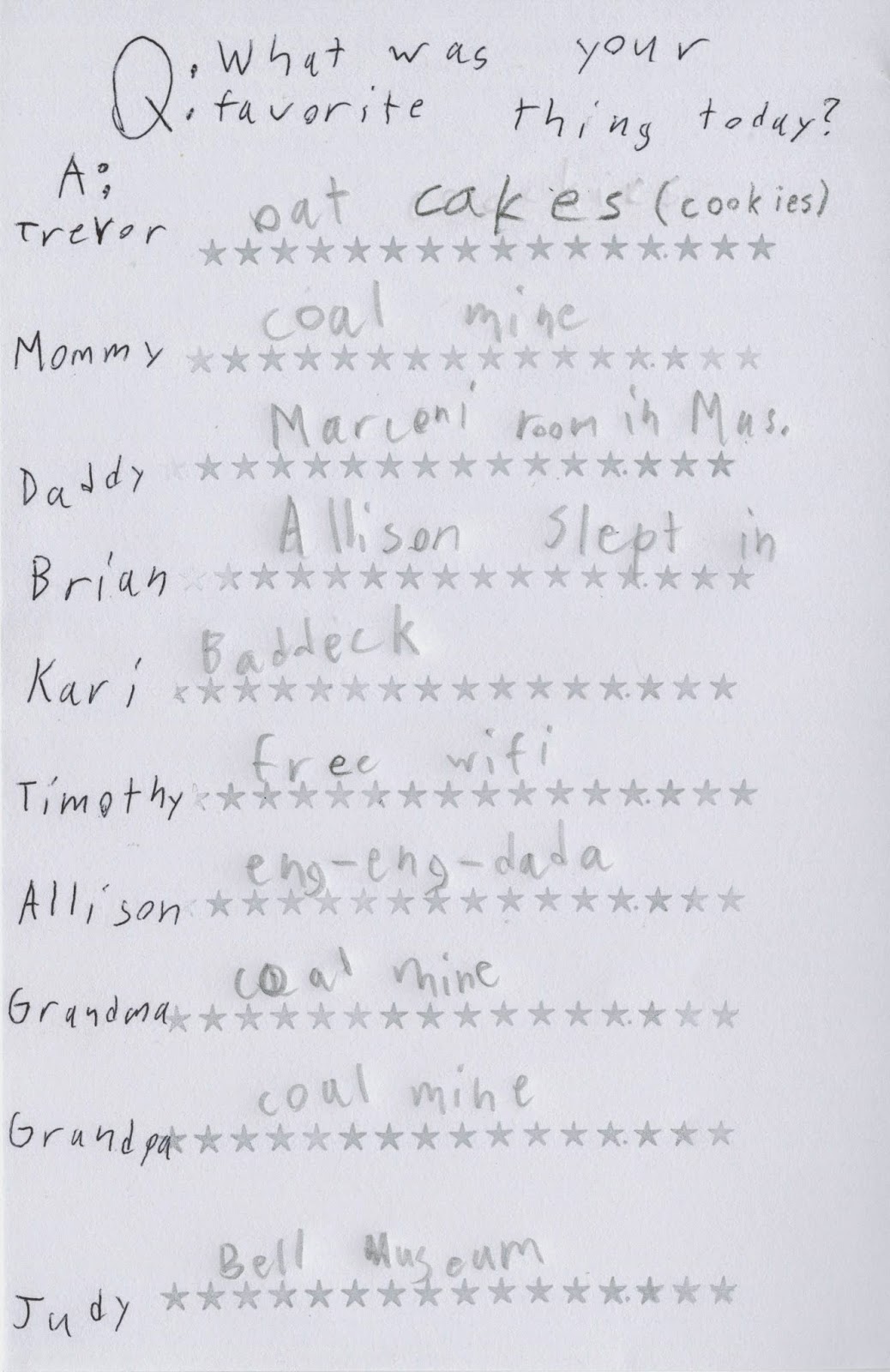 On to Part 4 tomorrow.
Email ThisBlogThis!Share to TwitterShare to FacebookShare to Pinterest
Labels: Vacation