I had so much fun scrapping the pictures of Trevor's 2014 Halloween costume! Rather than use the traditional Halloween colors, I pulled the greys, black, yellow, and red from his costume and worked with those. It was an unusual palette for me and I love how it turned out. 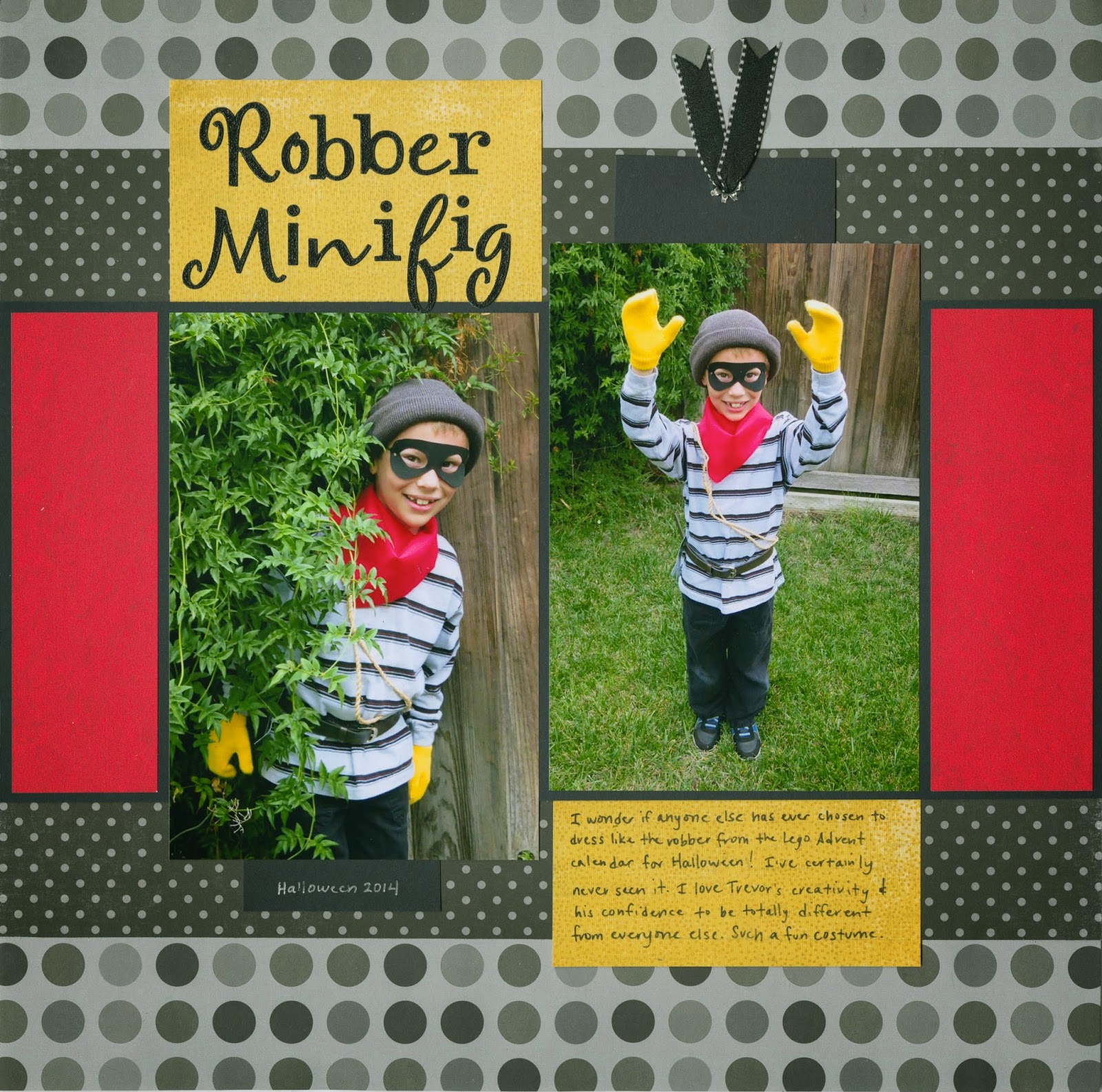 I did something on this layout I almost never do, which is add a hidden element. The layout was almost done when I realized that I should include a photo of the actual minifig that inspired the costume. I was happy with my design and didn't want to mess with it too much, so I replaced a planned embellishment with a tag that holds the photo. Since it's near the top and pulls upward, the page shouldn't need to be removed from the page protector to look at the extra photo.
Email ThisBlogThis!Share to TwitterShare to FacebookShare to Pinterest
Labels: Halloween, Layouts, LEGO