Trevor made his first scrapbook as a Tiger Cub requirement in October 2012. Despite how much he loved making it and how proud he is of it, he hadn't expressed an interest in scrapbooking since then... until last Sunday at 6:00 am.

Trevor had so much fun roller skating on Valentine's Day and really wanted to make a page about it. Urgently. Right that very minute. At 6:00 am. I didn't have those prints yet, so I offered him the stack of printed photos to see if there was something else he wanted to document. He spread them all out on the floor and then started making piles. I handed him a stack of patterned papers, the trimmers, and some adhesive to use while I showered and made breakfast. When I checked on him, this is what I found: 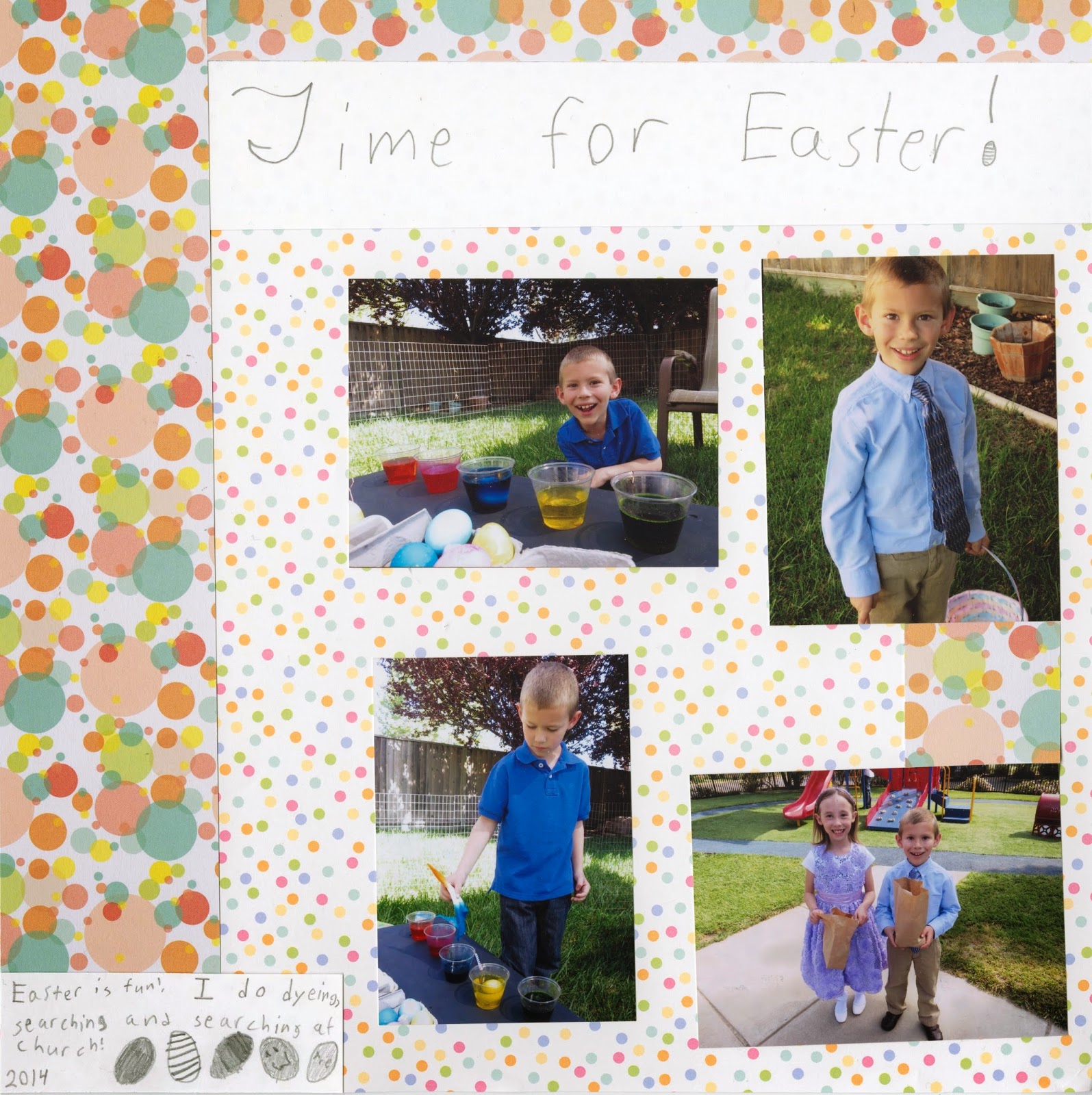 He was so incredibly proud of it. He explained that he chose the two papers because the dots reminded him of Easter eggs. He chose the four pictures because two are of him dyeing eggs and two are of him hunting for eggs. He did his journaling on white so that it would be easy to read and in pencil in case he made a mistake and wanted to erase (which he did not).

He asked if I was going to put it in my album. I said that would be fine, or he could have his own album to put pages in if he's planning to make more. He said an enthusiastic, "YES!", so he now has his own album to house his pages. Hopefully I'll have more of his pages to share in the near future.
Posted by Cindy deRosier at 5:00 AM