I've now made each style of Dollar Bill Dispenser multiple times.  I've gotten faster over time, but both of them have painting and paint-drying steps that just can't be hurried.  So I decided to challenge myself to see if I could make a version of the Dollar Bill Dispenser in only ten minutes. 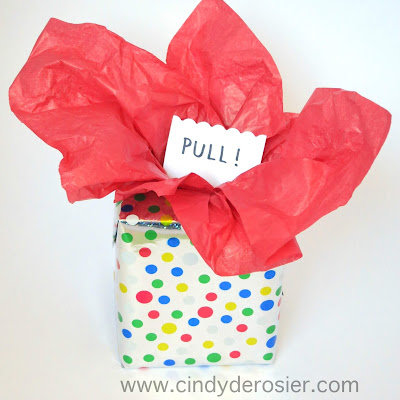 
Step 1: Tape the dollar bills together end-to-end using Scotch tape.  I've gotten really fast at this over the past three months, but having mint-condition dollar bills is what really makes a difference.  Get new bills from the bank and you won't waste any time smoothing, unfolding, or lining up the bills. 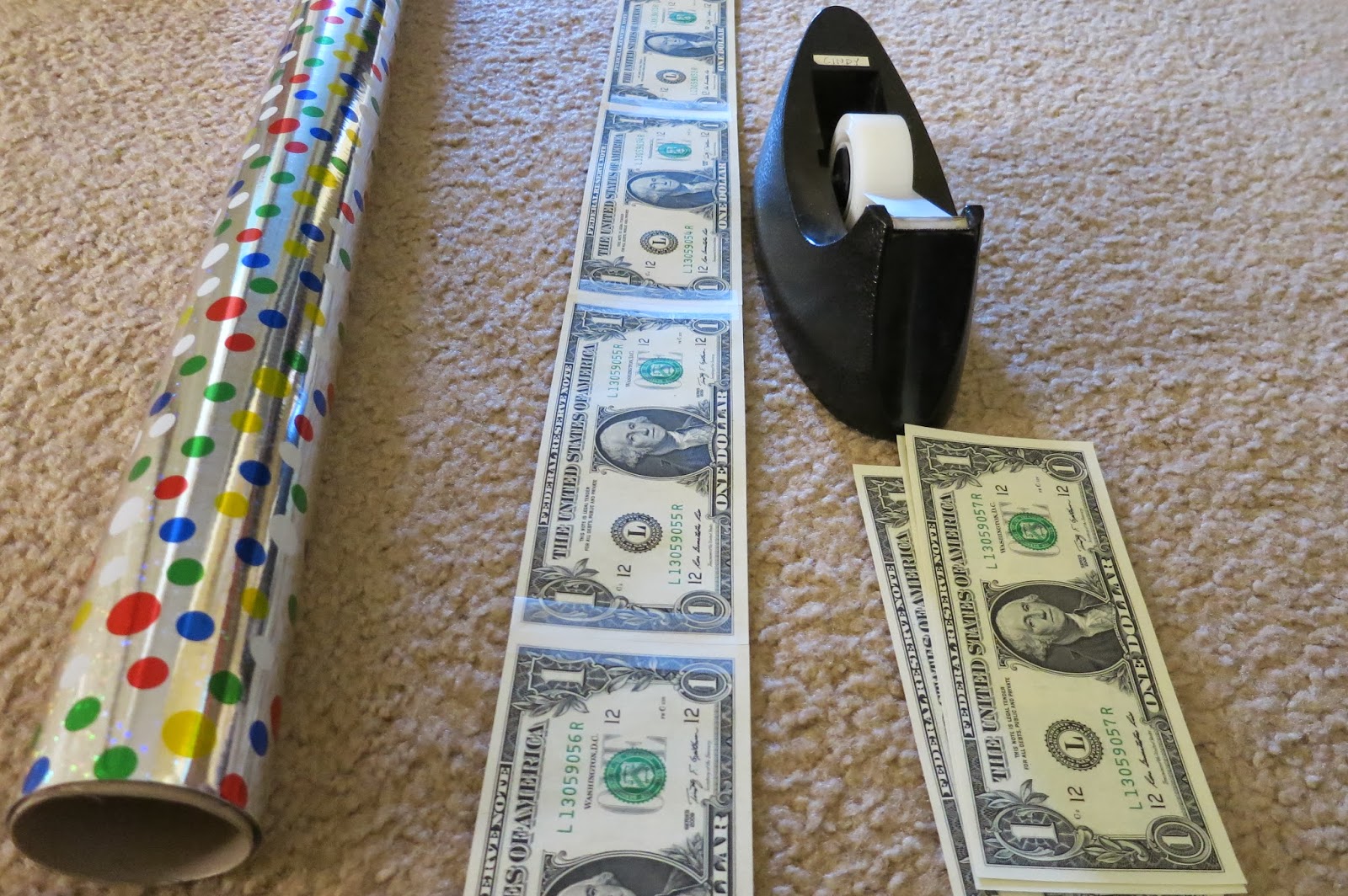 Step 2: Use the border punch to put a decorative edge on the short side of the index card, write the word "PULL" on it, and tape it to the last bill. 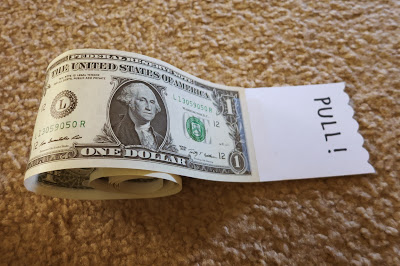 Step 5:  Adjust the tissue paper to make it look ok and to make sure it isn't blocking the PULL sign.  The gift is ready to give! 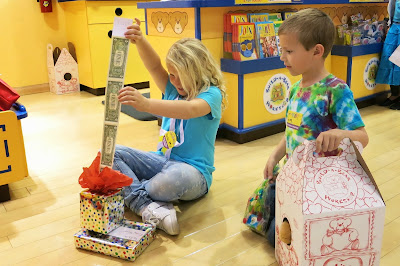 This is a gift that's truly fun for all ages. Kids, teens, adults... everyone is delighted by a Dollar Bill Dispenser!
Email ThisBlogThis!Share to TwitterShare to FacebookShare to Pinterest
Labels: Cailei, Crafts for Kids, Gifts, money gift, Trevor