Time to share another of our adventures learning about the US through Little Passports! This time, it's Florida.

We jumped right into the science experiment first. This State Journal had three easy experiments based on the three laws of motion. It tied in perfectly with the activity on the previous page about the Kennedy Space Center. The first experiment proves the First Law of Motion, that objects at rest stay at rest unless acted on by an outside force. By raising one end of a piece of cardboard, the tennis ball that had previously been still began to move because of the force of gravity. 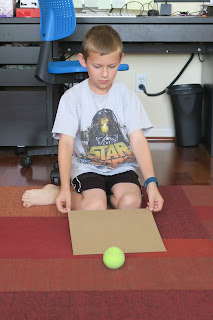 To understand the Second Law of Motion, flick a basketball and a tennis ball with the same amount of force. You'll see that the acceleration (movement) of an object is determined by the mass of the object and the force applied to it. 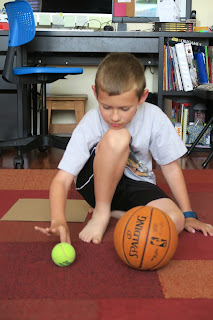 To prove the Third Law of Motion, thread a straw on a piece of string and then tie it between two high-backed chairs. Blow up a balloon and pinch its end, then tape one side to the straw. When the air is released, the force pushes against the balloon, causing it to move in the opposite direction. For every action, there is an equal and opposite reaction! 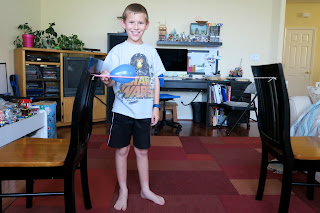 You may have noticed that we've been doing quite a bit of science for Little Passports: the disappearing eggshell experiment, the homemade catapult, the water glass xylophone, and all of the science experiments from each State Journal. That's because Little Passports is publicizing their new Science Expeditions Subscription (affiliate link). It looks incredible. I haven't seen it in person yet, but if it's anything like the quality of other Little Passports materials, which I'm sure it is, I guarantee you'll love it!

Next, we followed the directions to weave baskets inspired by the Seminole tribe. 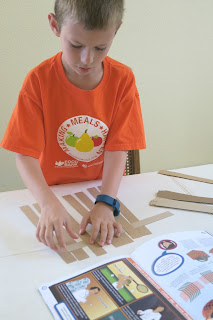 The basket turned out great, and so did the rocket model! 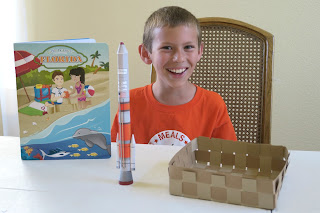 To conclude his Florida adventures, Trevor made us Cuban Sandwiches for dinner. Bread, mustard, pickles, ham and cheese... 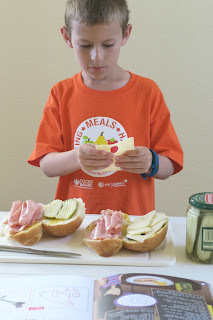 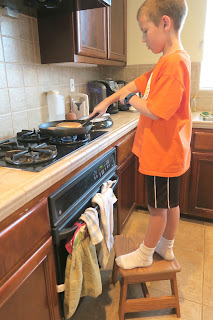 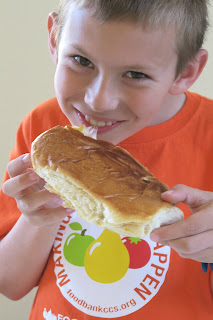