Our next adventure with Little Passports took us on a virtual visit to Wyoming. The craft was inspired by Devil’s Tower. This structure is made up of many rock columns, some pentagonal and others hexagonal. So interesting! Trevor made a bunch of paper columns... 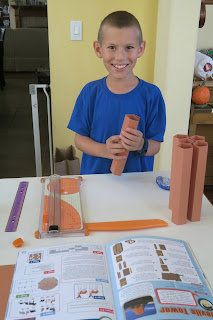 ... and had a lot of fun peering through them. 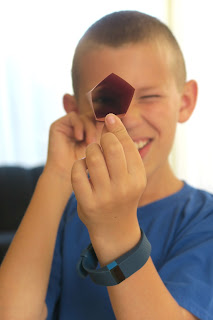 Eventually, he attached them together to make his model of Devil's Tower. Then he made the model geyser. 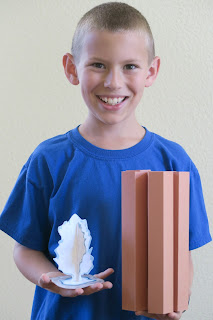 We both really enjoyed learning about the animals of Grand Teton. We were completely surprised to discover that pronghorns can run close to 60 miles an hour. Not only that... pronghorns make one of the longest land migrations in North America! I had no idea. Little Passports always teaches me something new, which is part of why I love it so much.

The Wyoming State Journal had a rebus in it about the Red Desert. Trevor loves rebuses, so this was one of his favorite activities in the book. He also really liked the activity about Bighorn Medicine Wheel. He decoded the phrase on the page about Register Cliff, which was an important landmark for pioneers along the Oregon Trail. Then he figured out the answers to a puzzle inspired by Cheyenne’s Frontier Days Old West Museum.

The next day, we did the cooking project, a dessert called Wyoming Pudding. It's a simple apple-based recipe with raisins in it. I hate raisins, so I tried to talk Trevor into leaving them out, but he insisted on following the recipe exactly. He's right, of course. It's good practice to follow the recipe the first time, then make modifications in the future. Besides, raisins are very easy to pick out and put on Trevor's plate. Here’s our pudding, hot from the oven. 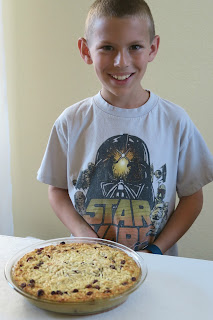 It was really good warm (minus the raisins). The leftovers were equally good cold the next day with whipped cream on top. 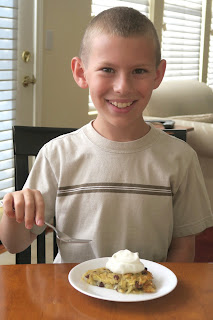 Where will our next Little Passports adventure take us? You'll find out soon!