Our next virtual journey with Little Passports took us to Nebraska. Throughout Lent, church has been starting late for us, so we took advantage of the extra time on Sunday morning to dive right into the Nebraska recipe. Here's Trevor adding the spices to a batch of Raisin Bars. 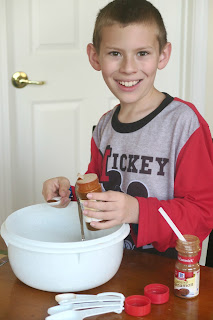 While the raisin bars were in the oven, we curled up on the couch and worked our way through the Nebraska State Journal. We unscrambled the names of Nebraskan places that have their origins from Native American tribes of the Plains. We learned about the insects of the Sandhills and matched photos of Nebraska landscapes to their captions. We discovered Lewis and Clark's expedition passed through Omaha and read about the 'large, horned beasts that grazed the land.' 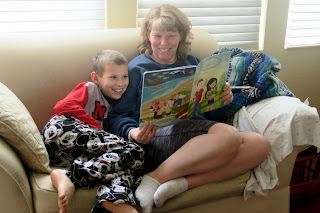 We tasted some raisin bars and plated up the rest to share at church. 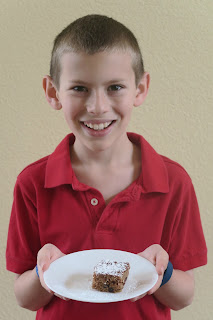 When we got home, we went right back to the Nebraska State Journal. We did an activity about mining supplies during the Black Hills Gold Rush of 1874. Then we read about Chimney Rock and drew our own unique rock formations. Trevor designed a sphinx bunny! Next, we learned all about the Transcontinental Railroad. I was fascinated by the town of Niobrara, which has been moved twice to avoid repeated flooding from the Missouri River.

The science experiment was inspired by Dr. Harold Eugene Edgerton of Fremont, Nebraska. He discovered that he could freeze a moving image in a photo if a light flashed at exactly the same time as he took the picture. The strobe light he invented is used in photography and filmmaking, and on machines like alarms and police cars. Trevor used a cardboard tube, wax paper, and aluminum foil to construct a pinhole camera to help him learn how our eyes view light. 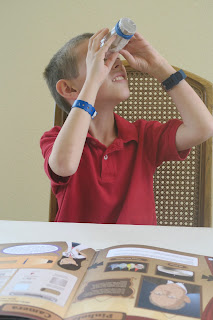 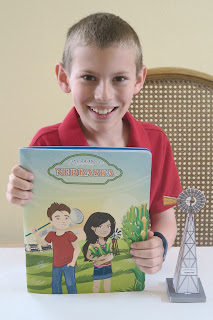 We had a lot of fun on our virtual trip to Nebraska! Thanks, Little Passports!