This is my fifth post about our adventure traveling through Maryland, Delaware, New Jersey, and Pennsylvania. You can find the first post from this trip here and links to all the other educational US travel our family has done here.

We'd debated whether or not to add Valley Forge National Historical Park to our itinerary, but I'm very glad we did. We started at the Visitor Center, where Trevor picked up his Junior Ranger materials. We read all about this location that served as winter headquarters for the Continental Army in 1777-1778 and saw interesting artifacts. Then we drove along the 10-mile Encampment Tour route. 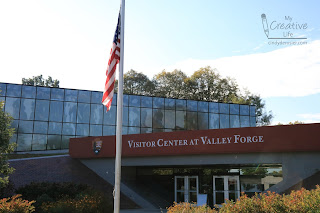 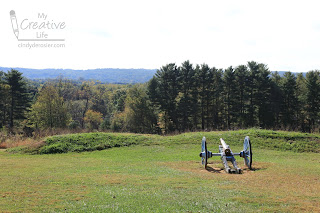 There are nine stops along the route and we stopped most of them. As we drove and as we wandered around each location, we listened to their audio tour. The stories really made the whole park come alive. 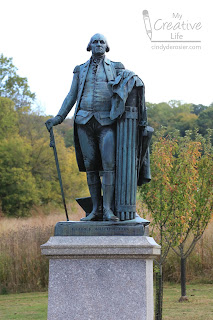 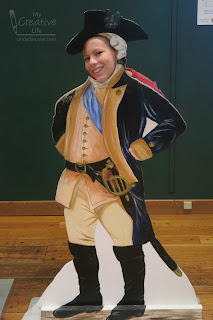 We ended up spending a lot more time at Valley Forge than we'd planned, as there was so much to see and do.


George Washington famously led his army across the Delaware River in December 1776, so obviously the area is preserved as a National Historic Landmark. However, it wasn't until I researched this trip that I realized that the two states on either side of the Delaware (New Jersey and Pennsylvania) each have separate, competing state parks right across from each other!

We parked our car in New Jersey at Washington Crossing State Park. We explored the Visitor Center, then headed out along Continental Lane, the road where Washington's army started their march to Trenton in 1776. 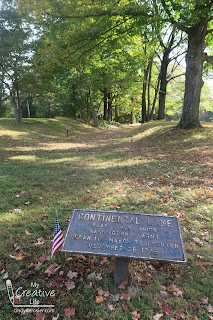 We'd been hoping to see some beautiful fall color and Washington Crossing did not disappoint. The leaves were just starting to turn to yellows and oranges. 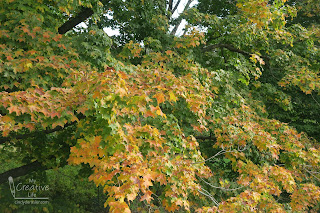 Just before we got to the river, we stopped to tour the home of the ferry operator who handled the task of bringing the army's horses and cannon across. 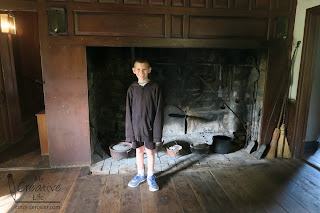 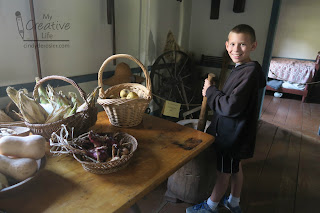 Washington and his army used boats to cross the river. We walked across a handy bridge instead. 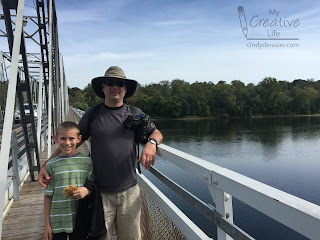 Our brief walk over the Delaware River started in New Jersey and ended in Pennsyvlania at Washington Crossing Historic Park. 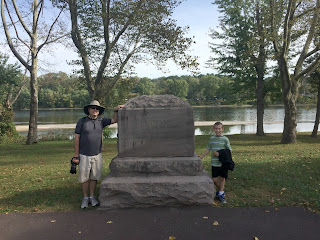 There were, of course, quite a few similarities between the two state park located just a few yards from each other and dedicated to commemorating the same historic event. However, there were more differences than I'd expected. Both parks are very nice, but either Pennsylvania's facilities are a lot newer than New Jersey's, or they have a significantly larger budget for signage, upkeep, and maintenance. That's not so say we enjoyed one more than the other; in fact, having explored both led to a deeper and richer understanding than one would have provided alone. So see both! 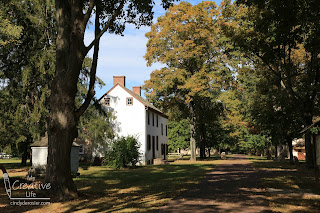 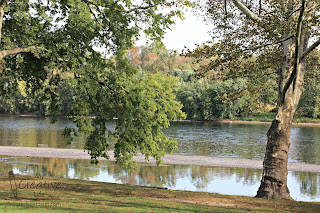 Since our car was in New Jersey, we crossed the Delaware again and headed the back along Continental Lane. It was very peaceful and we saw a lot of animals. There are some wonderful trails on the New Jersey side.

After exploring both state parks, head directly to It's Nutts for a meal or a snack. It's just a few minutes away and the food was fantastic. The ice cream was outstanding, too! 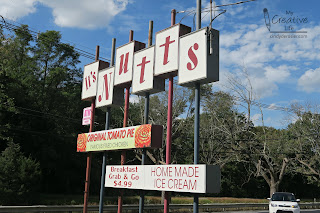 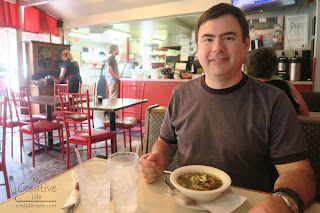 Over the next few days, I'll be sharing some craft tutorials and recipes, then I will go right back to sharing the rest of our recent travel adventures, including the destination that inspired Trevor's Halloween costume!
Email ThisBlogThis!Share to TwitterShare to FacebookShare to Pinterest
Labels: US Travel