A big part of my job at Fun Family Crafts is scouring the internet to find clever and creative craft tutorials to feature. Because we only publish crafts that include tutorials, I can't feature a craft that doesn't have a materials list and an explanation of the steps to make it. When I come across a craft without a tutorial, I first attempt to contact the creator and convince them to add a tutorial. Unfortunately, this is rarely successful, particularly if the post is old and/or in a foreign language. When that happens, I make my own version of the project and write up a tutorial.
Such is the case for this clever paper plate washing machine craft. The post is in Korean; I hoped when I ran it through a translator there would be a tutorial, but there wasn't. So I took the idea and put a fall twist on it. 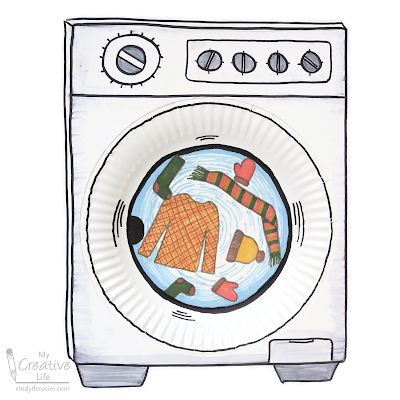 Draw and color articles of clothing on the non-eating side of the paper plate. (I know it looks like I used the eating side, but it's an optical illusion.) 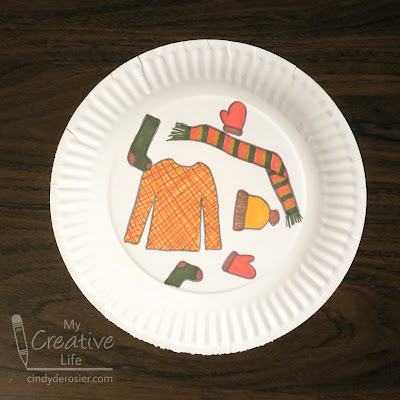 Outline the edge of the plate and the center section with black. Add a black half-circle handle and some black motion lines. Then color the area behind the clothes with blue to indicate moving water. 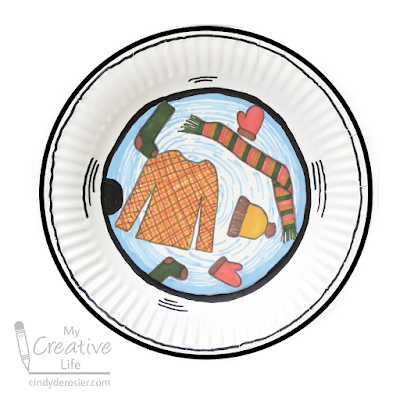 Set the paper plate on a piece of drawing paper and draw the washing machine around it. I started with a large square that was slightly bigger than the plate, then added the feet and then the vent at the bottom right. Then I added a rectangle on top with the various dials and knobs. The final step is to glue the paper plate to the drawing paper.

I drew fall-themed clothes, but you can adapt this for any season or holiday. It would be really cute with Santa and the elves' clothes at Christmas, or swimsuits and towels during the summer. There are a lot of fun possibilities!