It's All Things Eagle in the deRosier House

It's All Things Eagle around here! In addition to school and other Scout responsibilities, Trevor is hard at work on his Eagle project, which benefits the eagles (and other raptors) at the California Raptor Center. While the project is 100% Trevor's, Steve and I have been very involved answering his questions, proofreading his planning documents and letters, coaching him before phone calls and meetings, and driving him all the places he needs to go.
It's a labor of love, of course. Not only do I love Trevor and am so proud of the work he's doing, but I've become quite attached to the resident raptors at the CRC. These are four of my favorites. 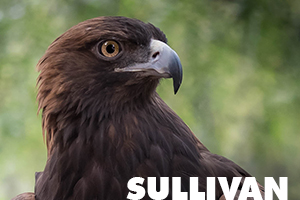 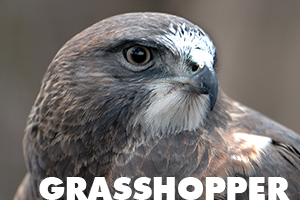 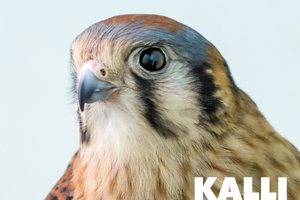 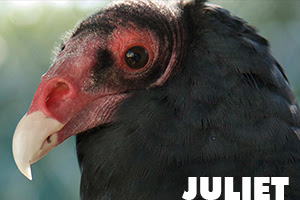 The last time I mentioned Trevor's Eagle project was back in November, when he was still searching for just the right beneficiary. Since then, he's had two in-person meetings with the director at the CRC to figure out what they needed and exactly what his project would involve. Ultimately, Trevor decided he'd create life-size silhouettes of each of the seven groups of raptors represented at the center, which visitors could then use to compare their 'wingspan' to those of the birds. He would also promote the Adopt-a-Raptor program by placing QR codes at each bird's enclosure. Once he completed all the paperwork and got approval from the Scouts and the beneficiary, Trevor was ready to start the actual labor.
Sort of. An Eagle Scout project is a leadership project. Trevor is not the one who will be cutting out all the birds, painting them, and installing them. Instead, he will be leading a team of Scout youth and adults as they do the work. This past weekend, Trevor went through the process of making one silhouette so that he would be prepared to teach his team exactly how to do everything. We started at Lowe's, where Trevor learned how to select the best plywood. 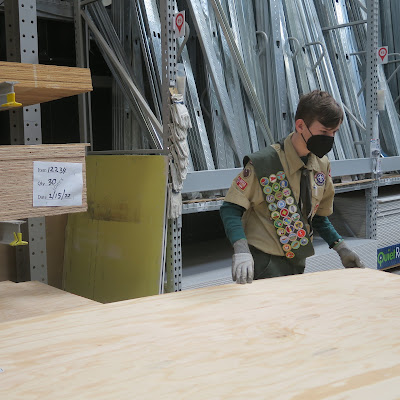 He checked the pricing of the other materials and made decisions about what he would need. 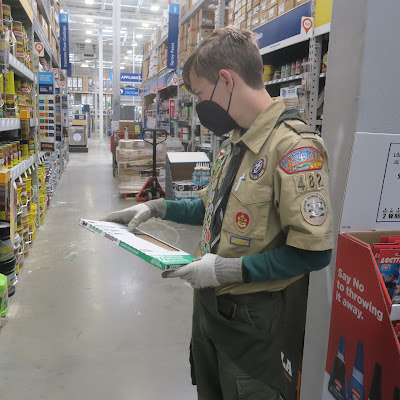 He learned how to use a projector to transfer the outline onto the sheet of plywood, then used a jig saw to cut it out. Along the way, he had to make a lot of decisions, including the level of detail he wants in the silhouettes. That's our neighbor, Curt, coaching Trevor. 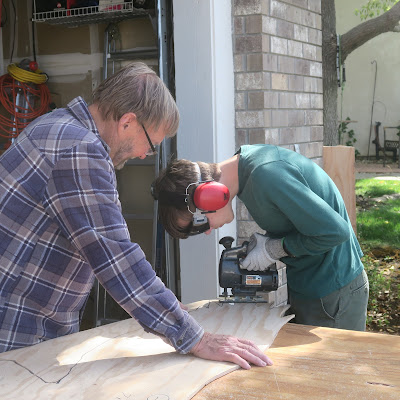 Trevor used a file to smooth the rough areas between the wing feathers. 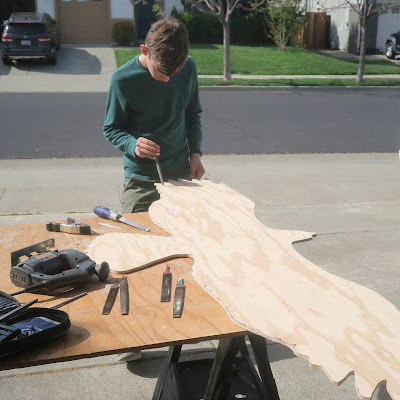 One final inspection before it's time to paint! 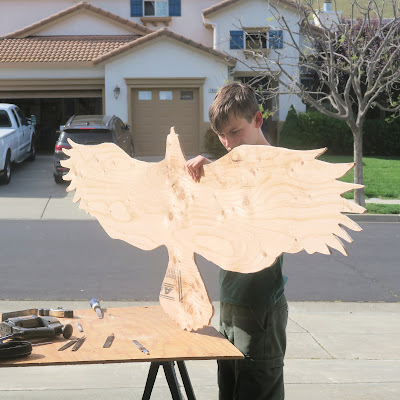 The silhouettes will be black. 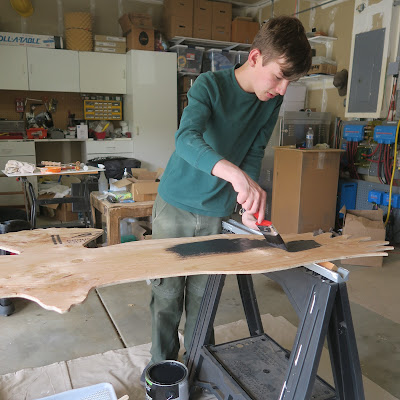 And that's just the beginning of what the team will do. In the next two days, Trevor will do a final site inspection, pick up supplies he's ordered, and buy all of the remaining materials. On Saturday and Sunday, he'll lead the construction teams. Tuesday is the installation day.
Trevor has also been working to raise the funds to pay for all this. After covering materials costs, he hopes to have enough money to provide care for at least four raptors. If you are interested in donating toward Trevor's project, the easiest way is by using the Troop 482 Square Site and scrolling down to "Donate to a Scout." Choose your amount, then click "Select Order Type" and specify that you want the money to go toward caring for a raptor. Or, if you prefer, you can adopt a raptor directly from the Center and support the important work they do. Thank you!
Email ThisBlogThis!Share to TwitterShare to FacebookShare to Pinterest
Labels: Boy Scouts, eagle, Trevor