Nine Awesome Restaurant Chains That Aren't in California but Should Be

Our family has a rule that we never eat anywhere on vacation that we could visit at home. We love trying new-to-us foods, particularly regional favorites and local specialties. Many of the restaurants we visit are family-owned, single-location gems, suggested by locals. They are always fantastic. As much as I enjoy them, I'm also always on the lookout for chain restaurants that we don't have here in California. Why? A chain restaurant started with a single location, so for it to grow beyond that original location, it stands to reason that it is doing something right. That is not to say that all chains are good. I can name quite a few that are not. The worst burger I've ever had (and that's saying something) was from a popular (how?!) regional chain. But some chains are absolutely fantastic. Some of the most memorable meals we've had during our US travels have been from local or regional chains.
Below are nine of my favorites, in no particular order. These are places I've thought about and craved long after the vacation ended, places I would definitely patronize if they popped up in my area.
---------

Lou Malnati's Pizzeria is considered by many to have the best deep dish pizza anywhere. The flaky, buttery crust is amazing, and the tomato sauce, sausage, and cheese are outstanding. The first Lou Malnati's opened in a Chicago suburb in 1971. There are now 60 locations in Illinois, 7 in Arizona, 4 in Wisconsin, and 4 in Indiana. We first tried Lou Malnati's during our 2018 trip to Chicago.

The Flying Biscuit Cafe is an Atlanta favorite. Since 1993, they've been serving some of the best all-day breakfast you'll find anywhere. Their biscuits with apple butter alone are worth a trip to Atlanta, but everything else they serve is equally fantastic. Definitely get pancakes with pecan butter and don't skip the grits! There are now 15 locations in Georgia, 5 in Norther Carolina, 3 in South Carolina, 2 each in Alabama and Florida, and one in Texas. We enjoyed The Flying Biscuit Cafe during our January 2022 trip to Atlanta. 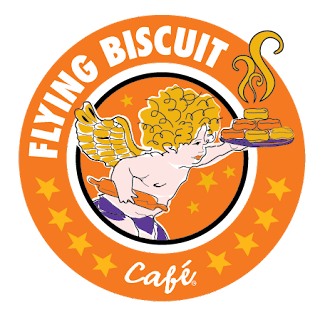 Boise Fry Company should be a destination for all french fry fans, which is to say, everyone! When you order, you choose your potato (Russet, Red, Gold, Purple, Yam, or Sweet) and the style (Regular, Homestyle, Curly, Shoestring, and Po'ball). They have a buffet of interesting (and unusual) ketchups and dips to try with them. Definitely don't skip their burgers or their housemade sodas - they're delicious. The first Boise Fry Company opened in 2009. There are now six locations, all in the Boise area. The first time we ate there was during our Boise trip in the summer of 2015 and we've been back every time we've visited my family in Idaho. 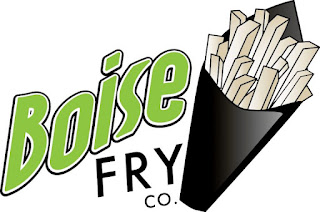 Weber Grill Restaurant is a must-visit place for anyone who likes grilled food. Which again, is probably everyone! Everything they serve is cooked on large Weber grills in an open kitchen. Even the decor is grill-themed. The food is outstanding and it smells SO good. I challenge you to walk by and not go in. Weber Grill Restaurant opened its first location in Illinois in 1989. There are now three locations in Illinois and one in Indiana. We tried it and fell in love during our 2018 visit to Indianapolis.

Mellow Mushroom is a pizza restaurant that also has burgers, sandwiches, cocktails, desserts, and more. Vegan or gluten-free? They've got lots of choices for you, too. Mellow Mushroom started in Atlanta in 1974. It now has many locations throughout the southern US, as well as a few in the midwest, one in Colorado, and two in Arizona. (Is it coming my way? Fingers crossed!) When I was researching our recent 5-state trip, Mellow Mushroom popped up on must-try restaurant lists in multiple cities we'd be visiting. We went during our January 2022 visit to Columbia and loved it.

Runza is a fast food restaurant most famous for their delicious Runza Sandwich, which is basically a meat pie in a bread instead of a pie crust. The original is stuffed with spiced ground beef, onions, and cabbage. There are seven other tasty varieties of Runza Sandwich. Runza sells burgers, chicken, and other fast food favorites, but don't bother. You can get those anywhere, but you can only get a Runza at Runza. They opened their first restaurant in 1949 and there are now 80 locations in Nebraska and five in adjacent states. Sadly for all of us who aren't midwesterners, Runza is intentionally not expanding nationwide. We first tried Runza during our June 2017 trip to Nebraska.

Cook Out is another fast food restaurant. They serve the usual hamburgers, hot dogs, and chicken, but also BBQ, quesadillas, wraps, cheese bites, floats, cheesecake, and an enormous choice of milkshakes, just to name some of the items on their huge menu. Cook Out first opened in North Carolina in 1989; now there are 290 locations in ten states, including: North Carolina, Alabama, Georgia, Kentucky, Maryland, South Carolina, Tennessee, Virginia, West Virginia, and Mississippi. We enjoyed Cook Out during our December 2021 visit to Alabama.

Tin Lizzy's Cantina is most famous for their creative tacos. Some feature expected flavor combinations, for those who want traditional Tex-Mex, but you can also find buttermilk fried chicken, Korean barbecue, and Philly cheesesteak tacos. If you're not in the mood for tacos, no problem! There are lots of other mouth-watering items on the menu, not to mention a great selection of drinks. Tin Lizzy's first opened in 2005 and now has 8 locations in Georgia and one in Florida. We ate at Tin Lizzy's during our January 2022 visit to Atlanta.

Does a restaurant with just two brick-and-mortar locations count as a chain? I don't care, because Coned Pizza is going on my list as one of the most memorable, crave-worthy places I've ever visited. Of all the restaurants above, it is the one I most want to open in my area. Coned Pizza started as a food cart in 2016 with a food truck soon after. The first brick-and-mortar opened in 2018 in a Boise suburb and another followed in 2021 in downtown Boise. We tried Coned during our August 2021 visit to Boise.

So that's my list of 9 restaurant chains that I wish were local to me. Do you have a beloved local or regional chain where you are? Let me know what it is in the comments!
Email ThisBlogThis!Share to TwitterShare to FacebookShare to Pinterest
Labels: US Travel