I had a really positive experience with One Little Word in 2011.  I've been debating between two words for 2012.  As I was cleaning, I found this tiny little metal charm at the bottom of a tub. 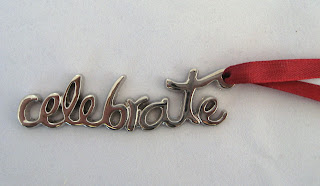 And wouldn't you know it... it was one of the two words I was considering.  So 2012 is my year to CELEBRATE. 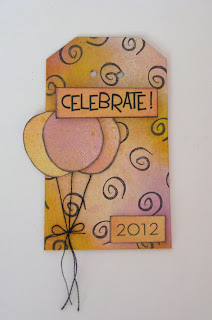 See those balloons?  They were my second draft.  Originally I'd planned a party hat.  It was looking really cute... until I realized it looked more like a slice of pepperoni pizza than a party hat.  See? 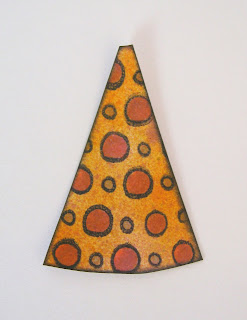 So I left it off.  I like the balloons better.  I especially the little strings tied with a cute bow.  Much cuter than the pizza hat! 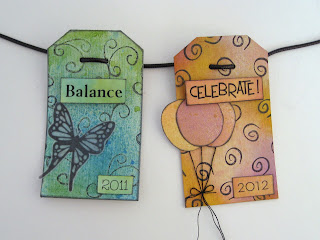