Check this out.  Here is Trevor in April 2013 at his first-ever cake decorating lesson. 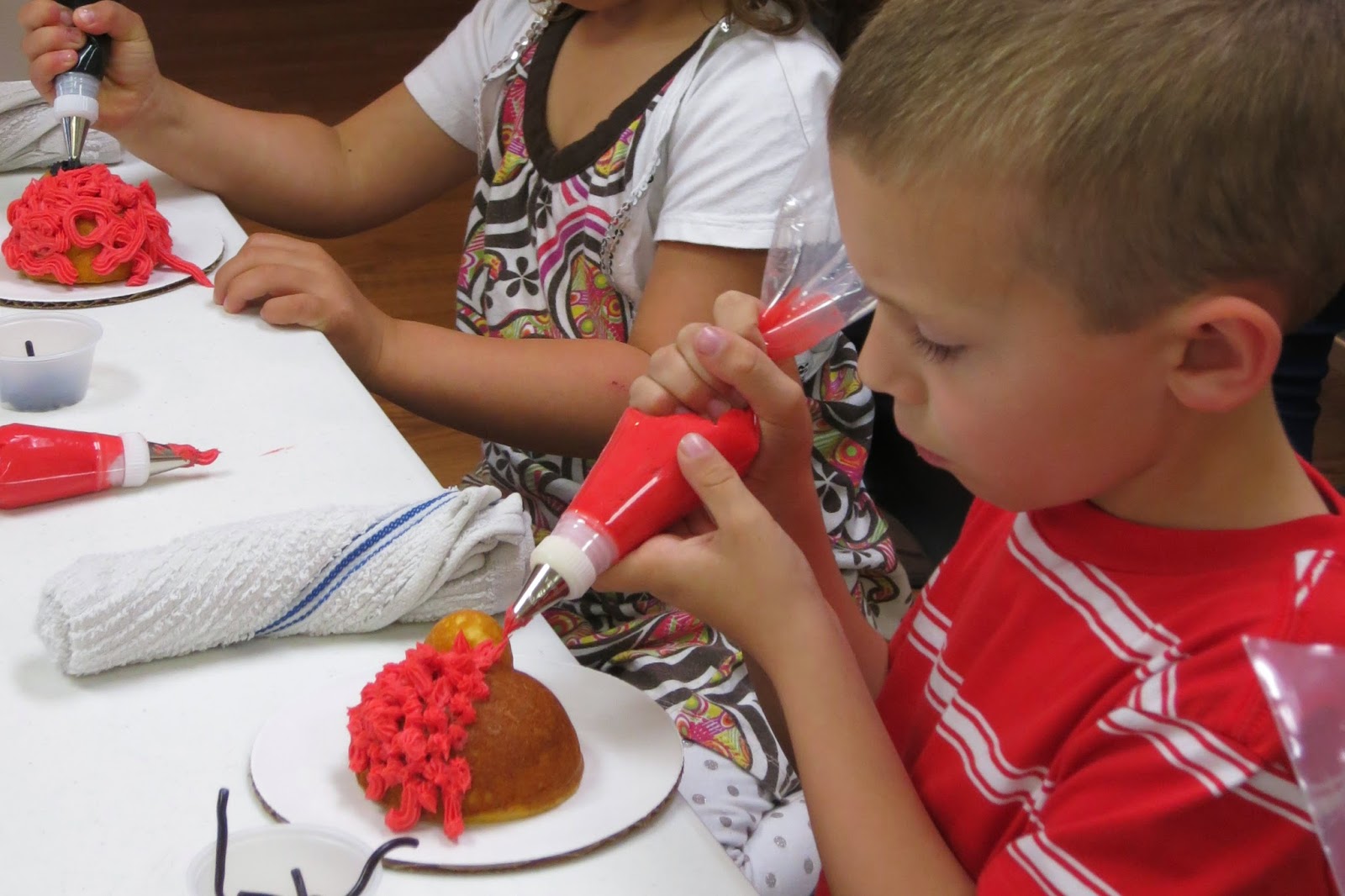 And here is Trevor in April 2014, coincidentally wearing the same shirt and sitting at the same table, after one year of cake decorating lessons.  Look at how dramatically his piping skills have improved! 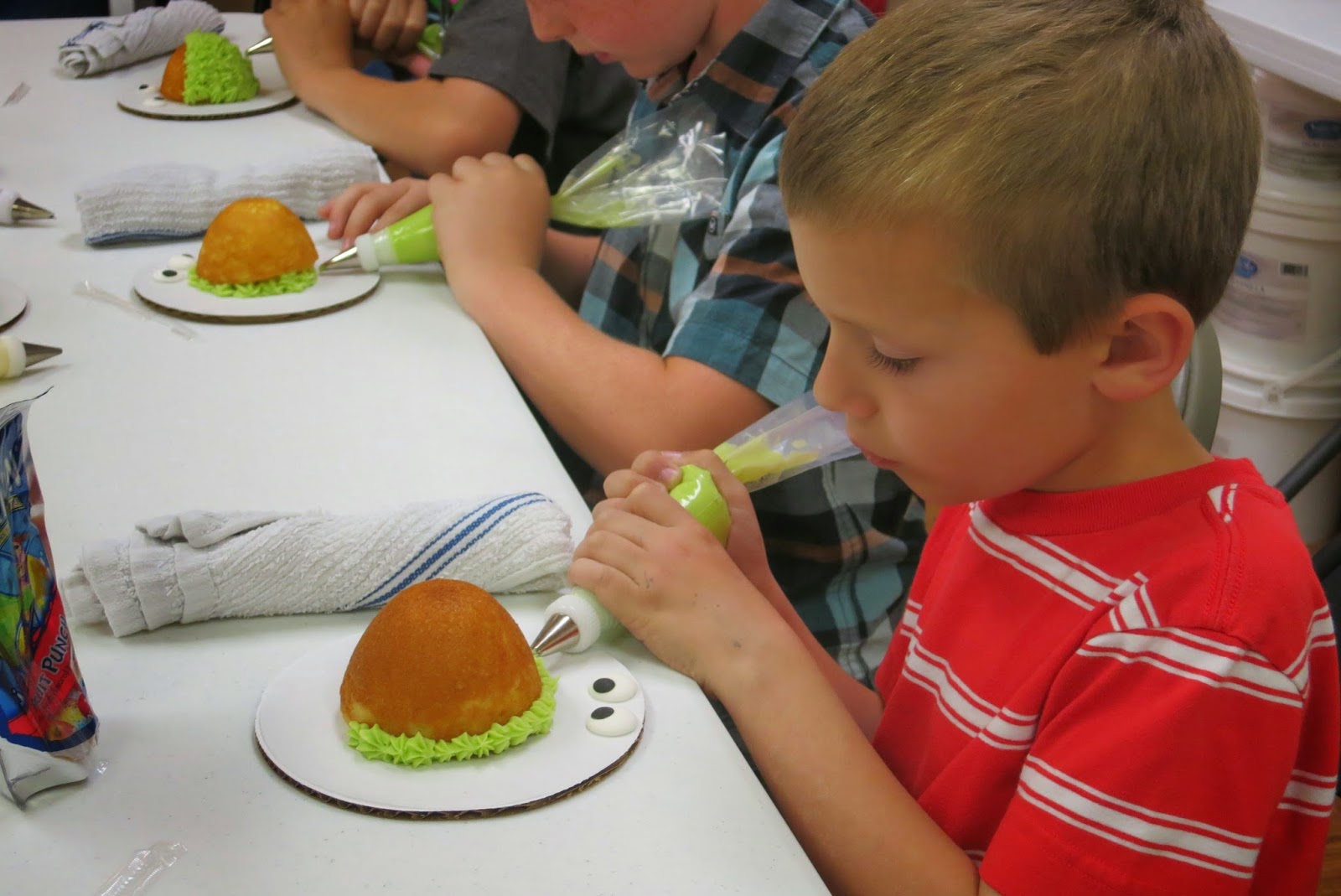 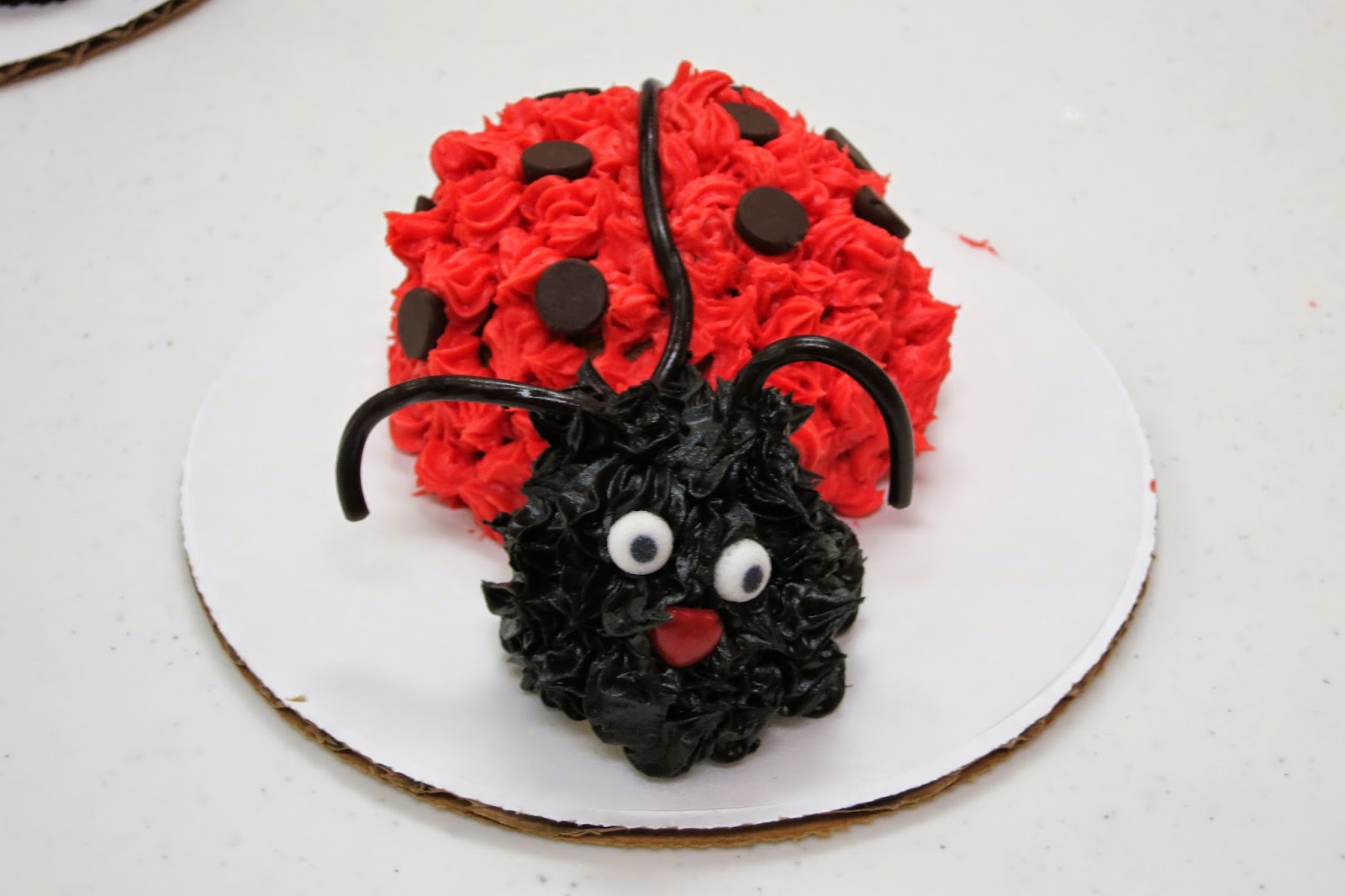 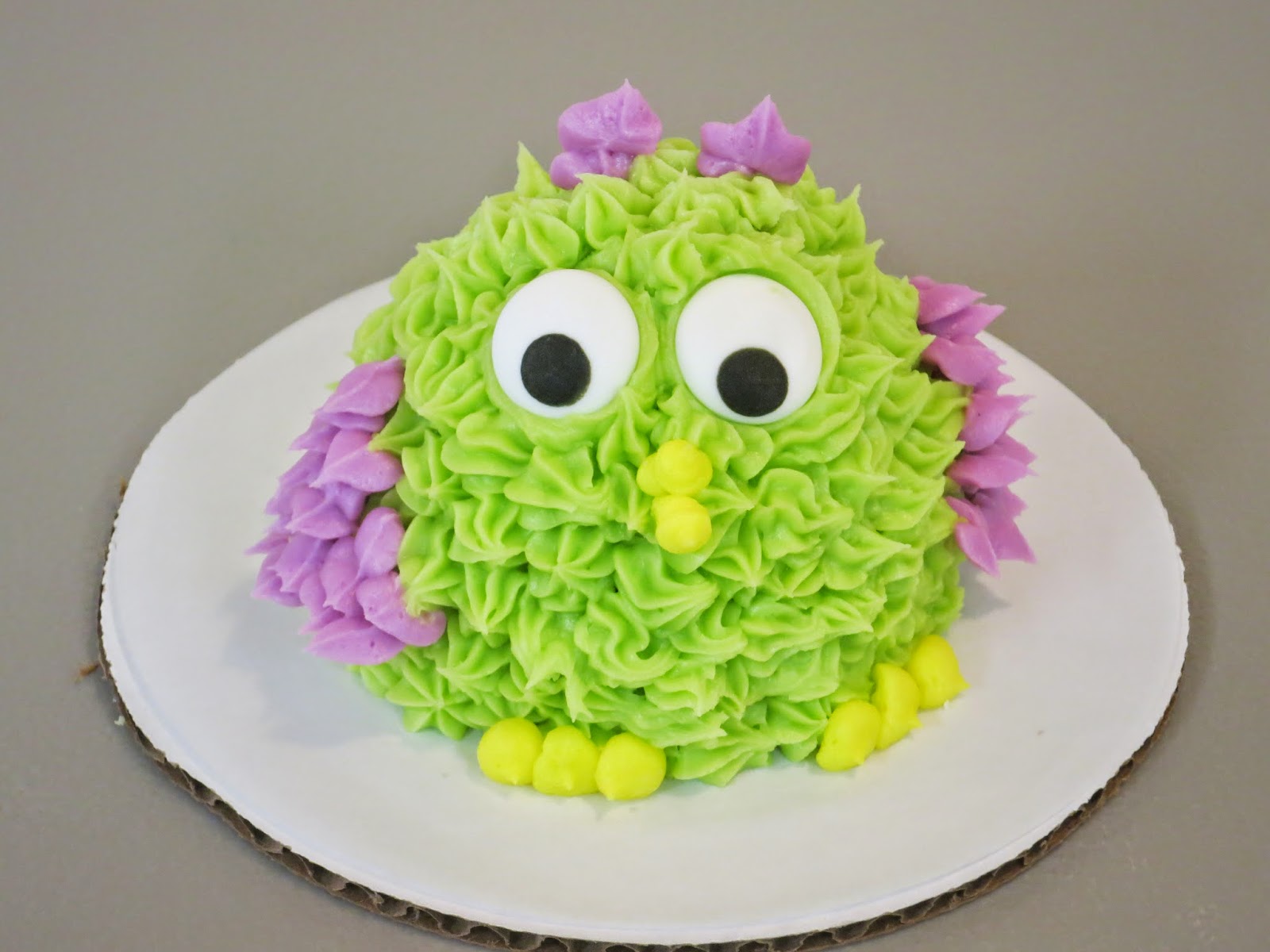 You may be wondering what cake decorating has to do with the title of my post, 'Preparing for the Star Wars Party.'  A lot, actually, as we'll be holding Trevor's birthday party at this bakery! Several of his friends have come along with him to cake decorating lessons over the past year and they've all had a blast.  I'm not sure whether it was Trevor or me who first suggested having his birthday party there, but we both thought it was a fabulous idea.  We talked with the owner, Janis, and learned that our perfect date was open.  Yea!  We also learned that the party would be quite affordable (not as cheap as the $35 total I spent on last year's Angry Birds party, but much less than many of the party venues around here).  Yea again!

As I've mentioned before, Trevor has chosen a Star Wars theme.  Our first task was to decide what design we wanted the party guests to make for their cakes.  We discussed options, scrolled through images online, made sketches, and went to the bakery for a consultation.  Janis had some great suggestions and we finalized our design.  I'm not going to spoil the surprise now.  I promise to share plenty of photos from the party.

With location, date, time and theme in place, Trevor and I were ready to make invitations.  We started with a photo of a Yoda minifig, then digitally added text, and ordered prints. Unfortunately, the developer left weird purple smears on the white background that we didn't notice until two days later when we opened the envelope.  Lesson learned: check photos before leaving the store!  We decided the smears weren't bad enough to spend the time or effort getting reprints.  We matted the prints with light and dark brown, then added neon-green cardstock light sabers, which we decorated with Stickles. 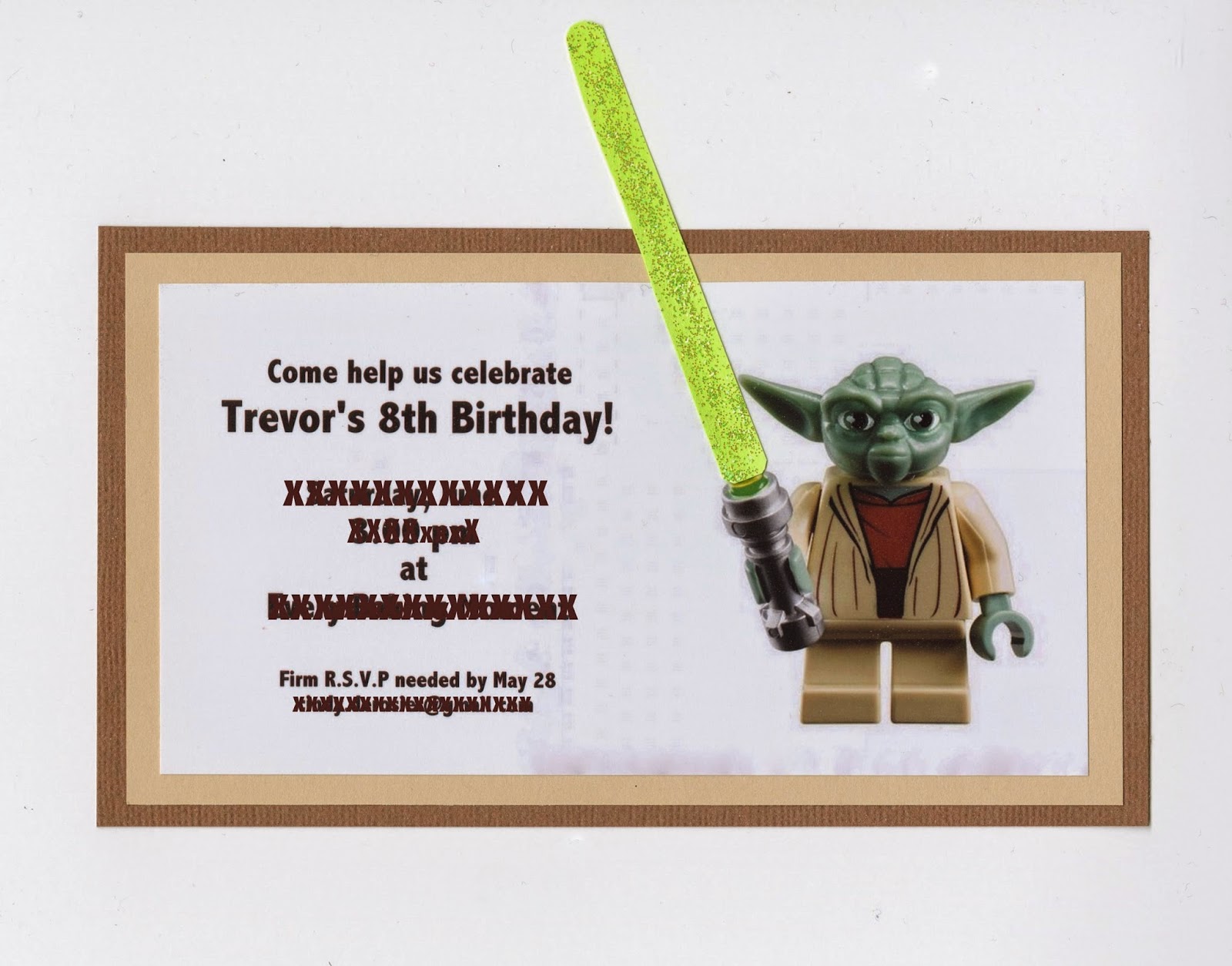 Since we'll be at a bakery, we won't be having a pinata this year.  We'll be playing a few short games, but the primary activities will be cake decorating, present opening, and cake eating.  I think it's going to be a lot of fun and I can't wait!
Posted by Cindy deRosier at 5:00 AM