The Scrapbook.com Title It challenge asked us to use at least four different alphabet letter sets in a single title.  I frequently use two, but four?  Tricky!  I decided to work with photos I took from a special event in March.

Back in January, I shared a very special layout.  It was from the 2013 "Be the Change" award ceremony where Trevor and 19 others from his school were honored for their commitment to community service.  I wrote that Trevor had applied for the 2014 award.  In February, we received a letter in the mail telling us that Trevor was selected for the 2014 "Be the Change" Student Summit.  We were so very proud.

The ceremony was in March.  We expected it to be similar to last year's, though this time it was held in the evening instead of during the school day.  When we arrived, we couldn't have been more shocked: Trevor was not one of 20 students picked from our school, but instead was one of 15 students picked from our entire school district of 17 elementary schools!  The evening was an amazing celebration of all kinds of people, young and old, who are committed to being the change they wish to see in the world.

Here's a short video they played during the ceremony showing all of the honorees.  There are pictures of Trevor working at two different Food Banks, doing a creek cleanup, and participating in SoFitCity.

Obviously, I took a lot of photos during the ceremony.  I would have no matter what, but it was especially important because Steve was on a business trip and wasn't able to attend. Fortunately, lots of others were there to support Trevor.  And Steve left a beautiful, hand-written note for Trevor to open after the ceremony.  There's no question Trevor felt all the love.

As is always the case when I have tons of photos, it's a struggle to decide what to scrap and what to leave off the page.  I ended up selecting four photos: one of Trevor being introduced on stage, one with his teacher, one with his principal, and one with my mom and me.  I used four different letter stickers to make the title, added a lot of journaling, and embellished with three glittery stars. 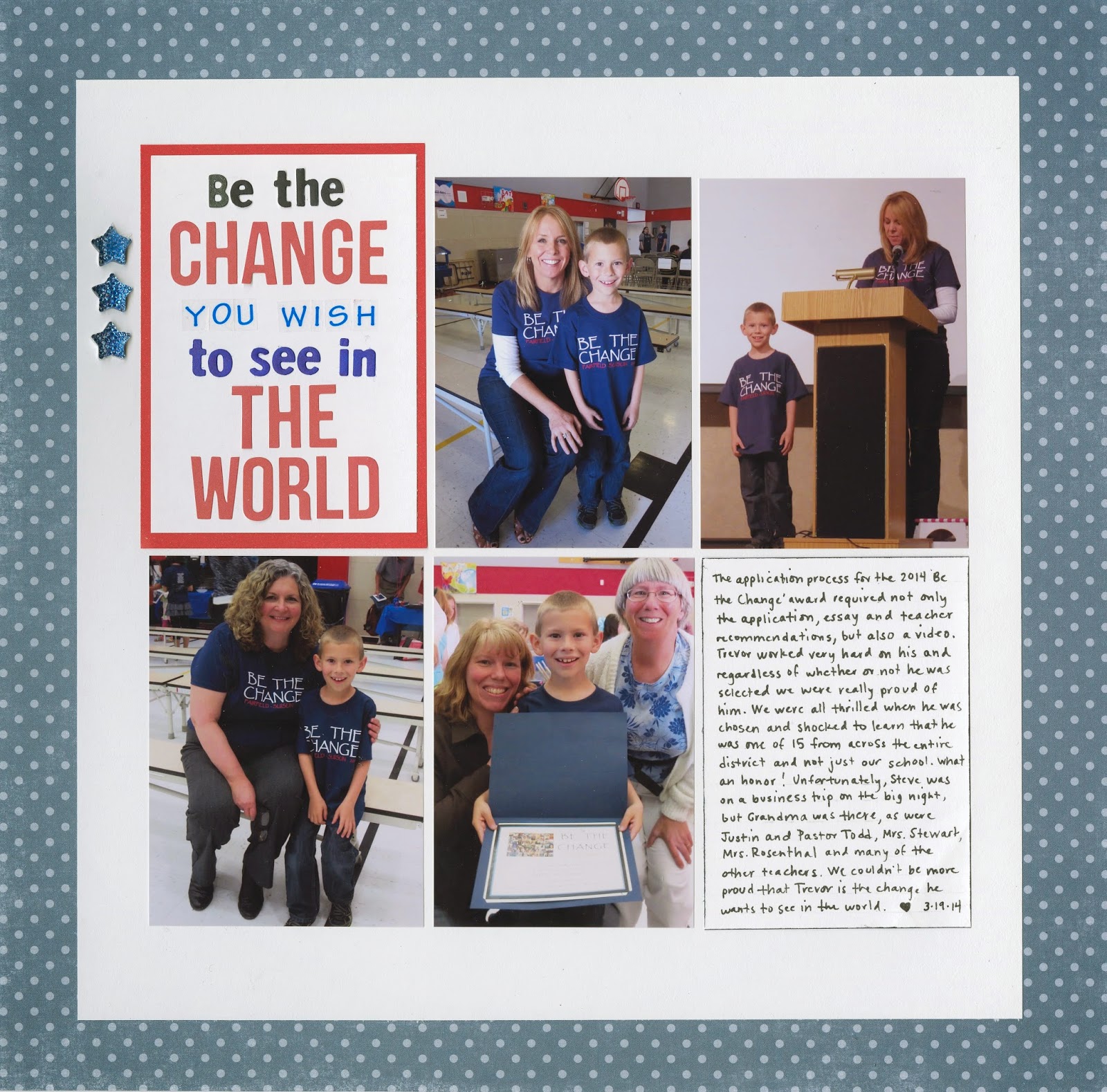