Get Creative with Cut-Outs

I hope you all had a wonderful National Scrapbook Day!  I scrapped for 13 hours, during which  I completed 9 layouts, did several blog hops, entered tons of prize giveaways, chatted with lots of scrappy friends, and listened live to Day 3 of Build and Create a Successful Blog on CreativeLive. All in all, it was a wonderful NSD.

When the NSD challenges were posted at Scrapbook.com, the first thing I did was make index cards listing each one.  Then I went through my printed photos to figure out what might work for each challenge and spread those photos next to the corresponding index card.  Because I'm a morning person, I decided to start with the hardest-for-me challenges and work toward the easier ones.

In my mind, the hardest challenge was the one called Get Creative with Cut-Outs.  It required using at least 10 die-cuts on a single page.  Lots of people can do that in their sleep, but with my minimal style it was a huge challenge.  I managed to put 7 die-cuts on a Christmas layout recently, which is probably the most I've ever put on a layout.  I realized the only way I could possibly manage 10+ was if a bunch of them were part of a banner.  So that's what I did.

Here's my layout with 11 die-cuts.  There are six in the banner, two photo corners holding the title, an arrow die-cut under the ice cream photo, a star die-cut above the swing photo, and a star below the tennis photo. 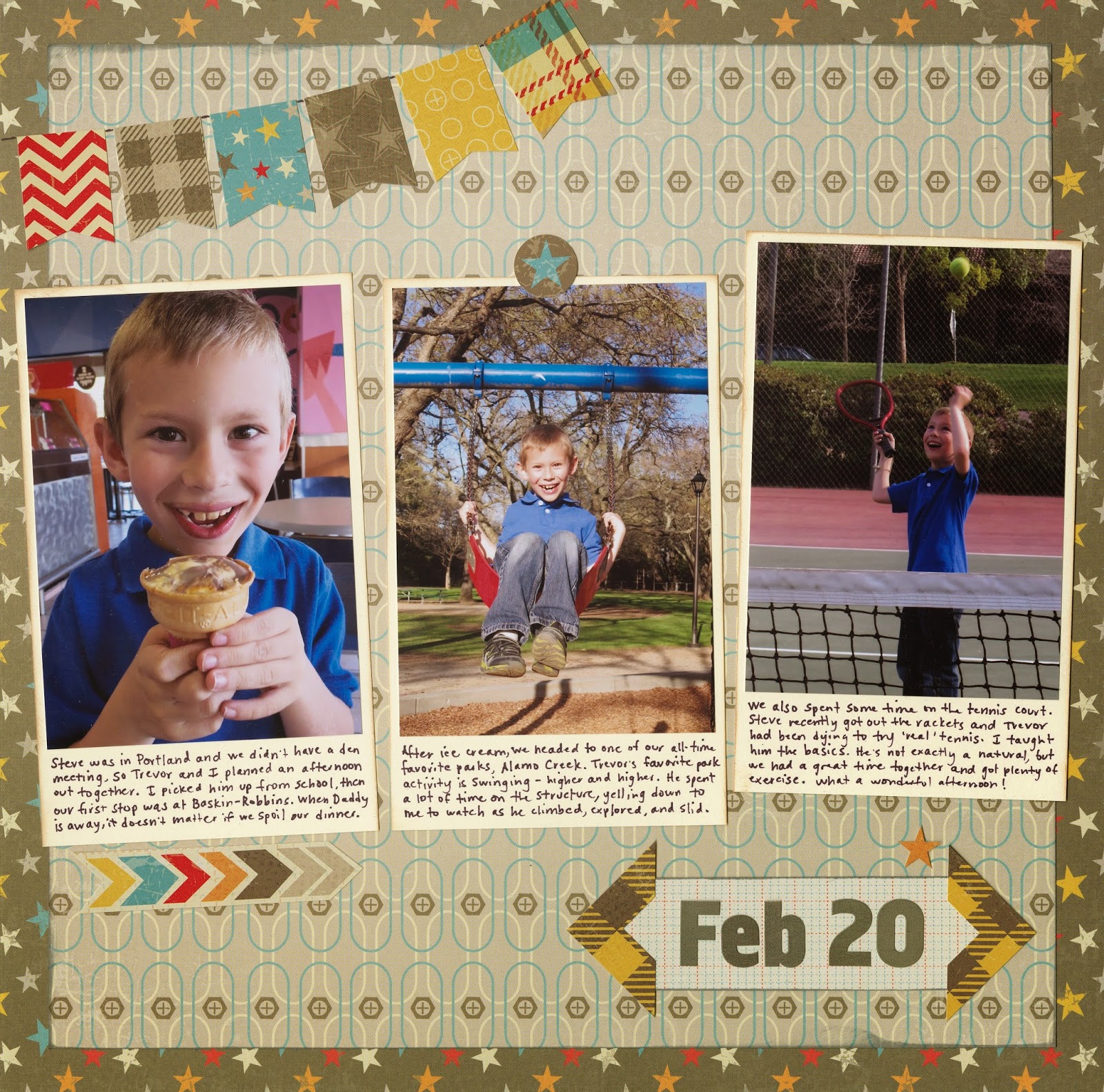 I really liked the direction this layout was headed when I started it, but once I added all the die-cuts I didn't like it anymore.  I tried a bunch of other things, but this was the best I could do and still meet the 10 die-cut requirement.  It ended up being my least favorite layout of the day.  So much for doing my best work first thing in the morning!  Fortunately, my second layout turned out to be one of my favorites.  I'll share it tomorrow.
Email ThisBlogThis!Share to TwitterShare to FacebookShare to Pinterest
Labels: Layouts, National Scrapbook Day