While I wouldn't really call myself an event scrapper, I do tend to photograph and scrap special occasions and holidays far more than everyday life. I'm trying to do a better job of photographing and scrapping the everyday. Those things that seem so ordinary or boring that they don't deserve a photo or layout are exactly the things I'll want to look back on decades from now.

I say this with certainty because I just attended the 50th anniversary celebration of my high school. 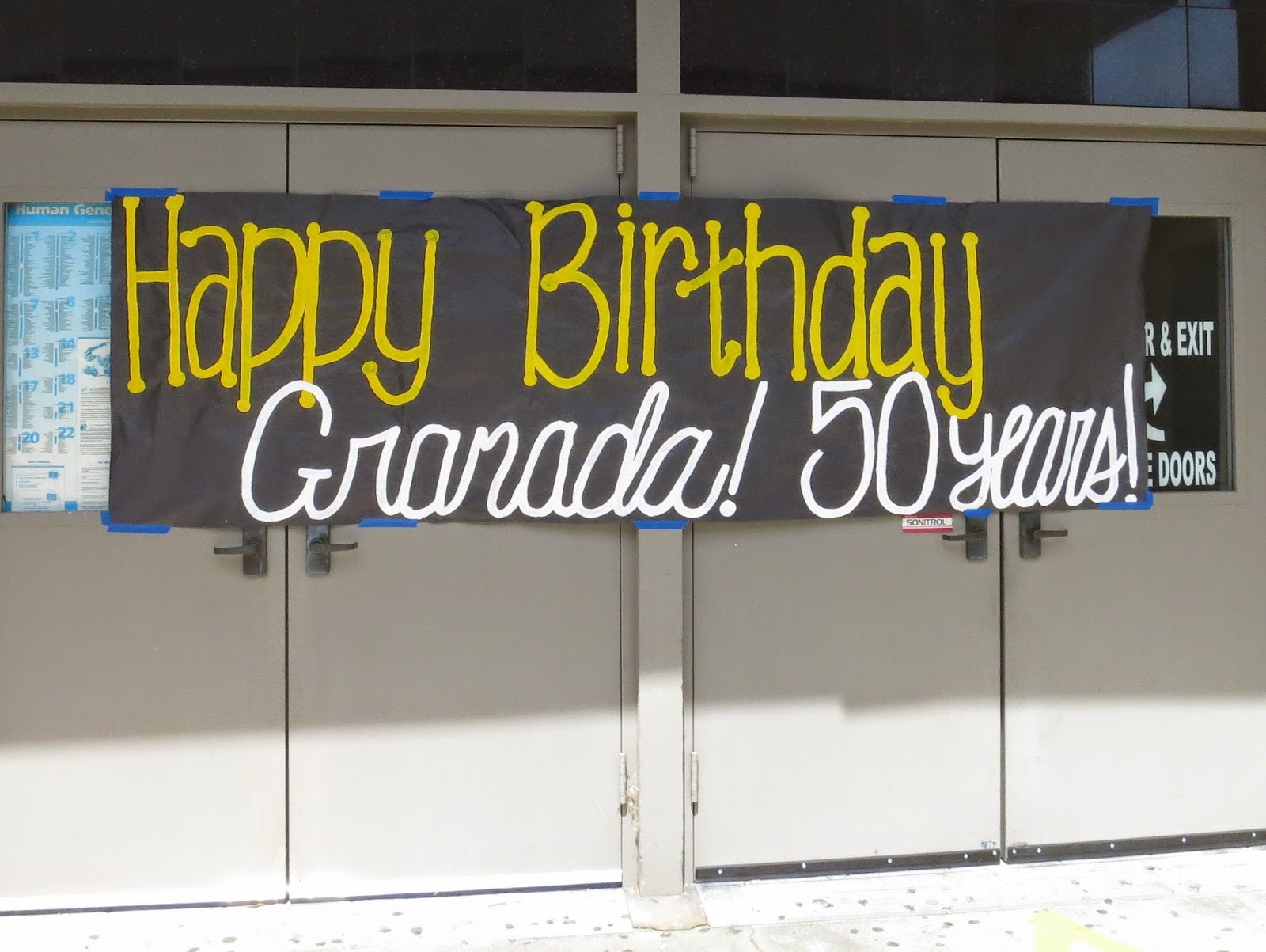 I attended Granada High School for four years: 1986-1990. I was involved with clubs, attended sporting activities, and had lots of friends. Plenty of things happened that I should have photographed, even back in the Dark Ages before digital photography. During the approximately 750ish days I spent at GHS, care to guess how many times I took pictures on campus? Never. Not once. No pictures of special presentations I gave, spirit days, or club activities. No picture of me standing in front of the school. No picture of the locker I shared with my best friend, Nancy. I didn't take a single picture of high school. And it's not like I never took pictures - I took a lot of pictures during those years, just never at school.

Fortunately, there are photos in the yearbook, plus dance photos I bought, and a picture from when my parents came to school to watch me compete in the Physics Club's cardboard boat race. (I'll try to find it the next time I'm at my parents' house and scan it to share.) But I don't have a single photo of where my friends and I ate lunch. No photos of any classrooms. No picture of the 'Big G' in the center of the quad that everyone carefully walked around lest they get beat up for defiling it. No pictures of a place that was a pretty big deal for four years of my life. So when I visited Granada High for the 50th celebration, I took pictures of EVERYTHING.

I took pictures of things that looked pretty much the same: 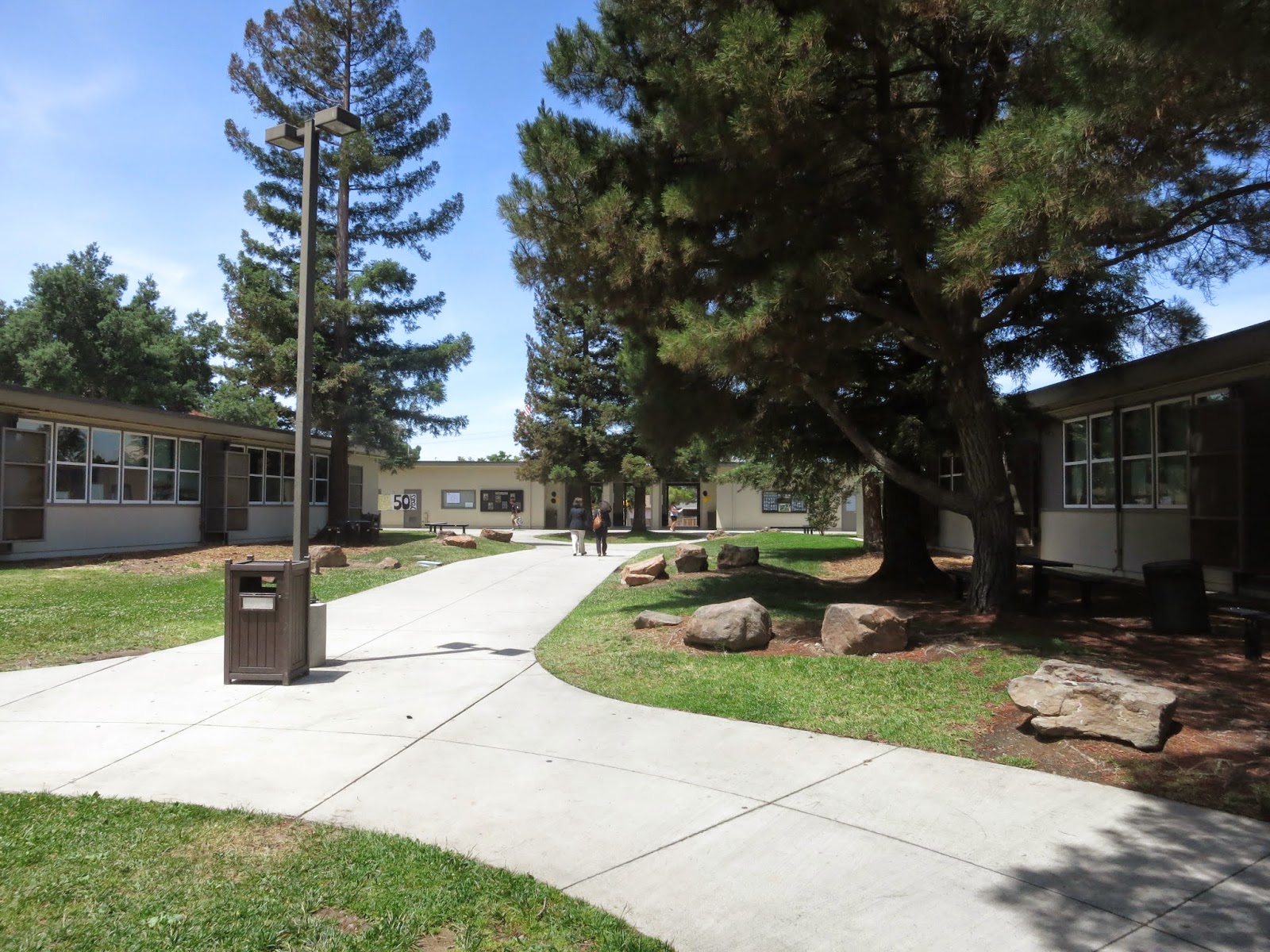 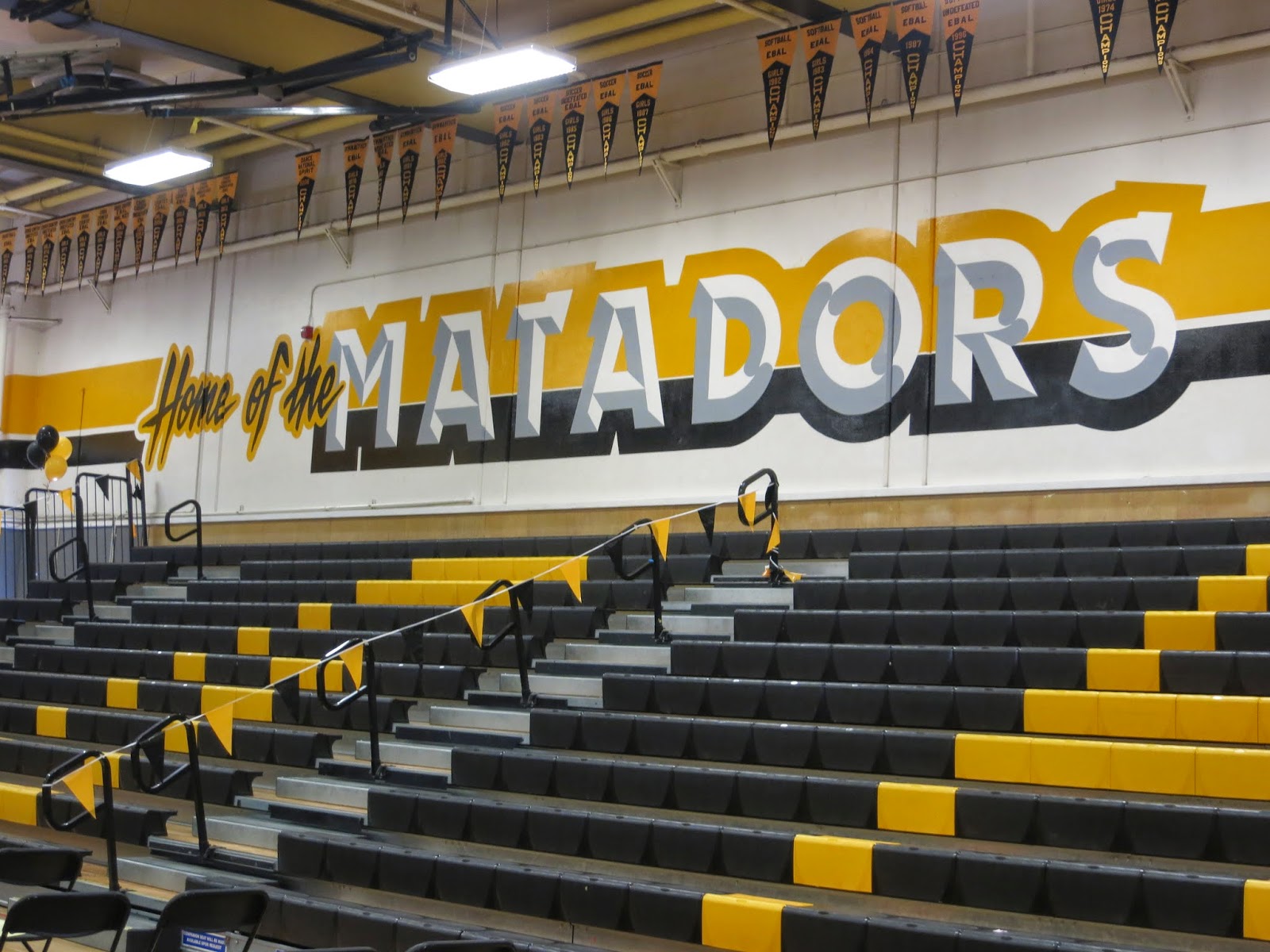 I took pictures of things that looked completely different: 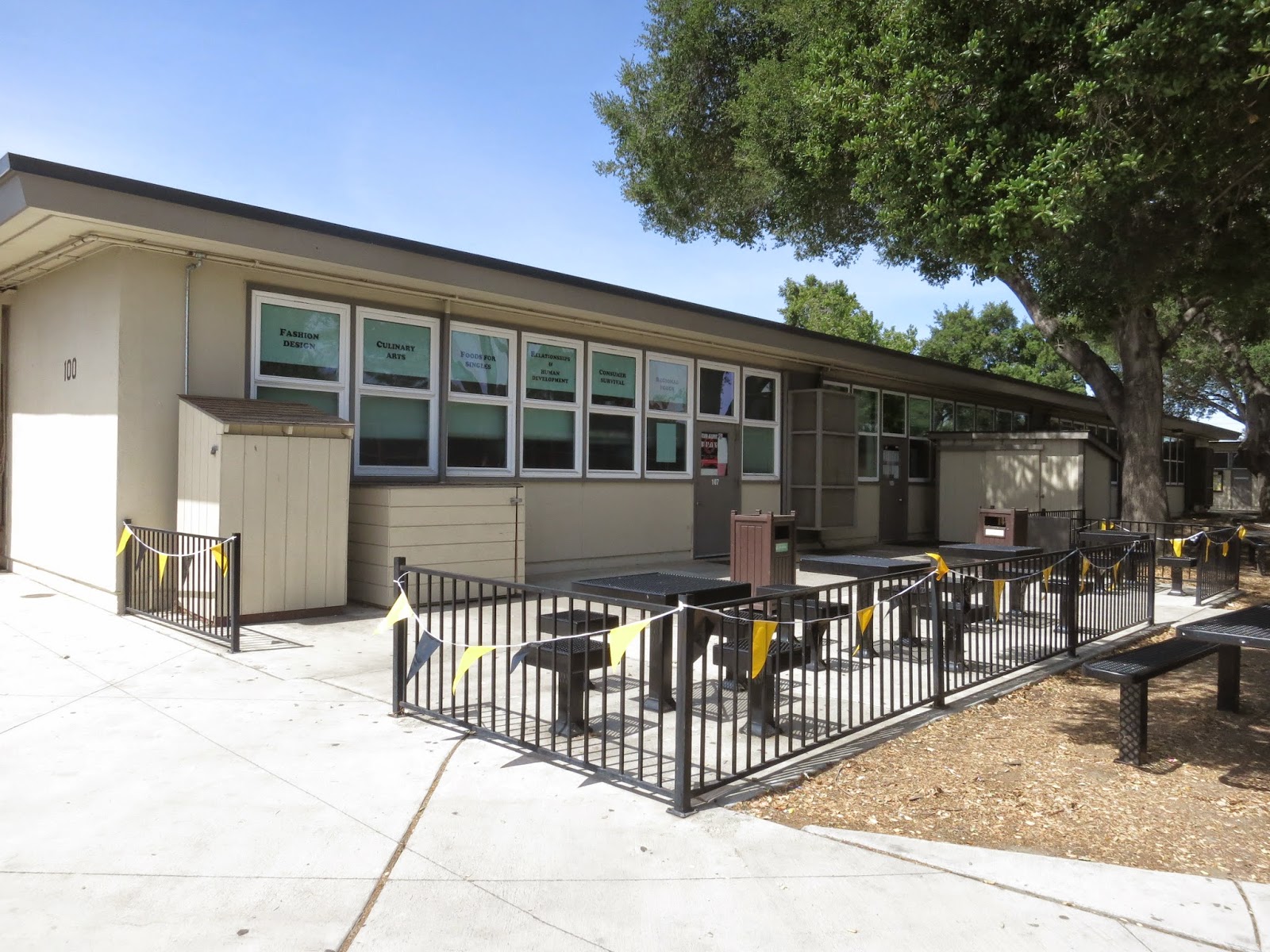 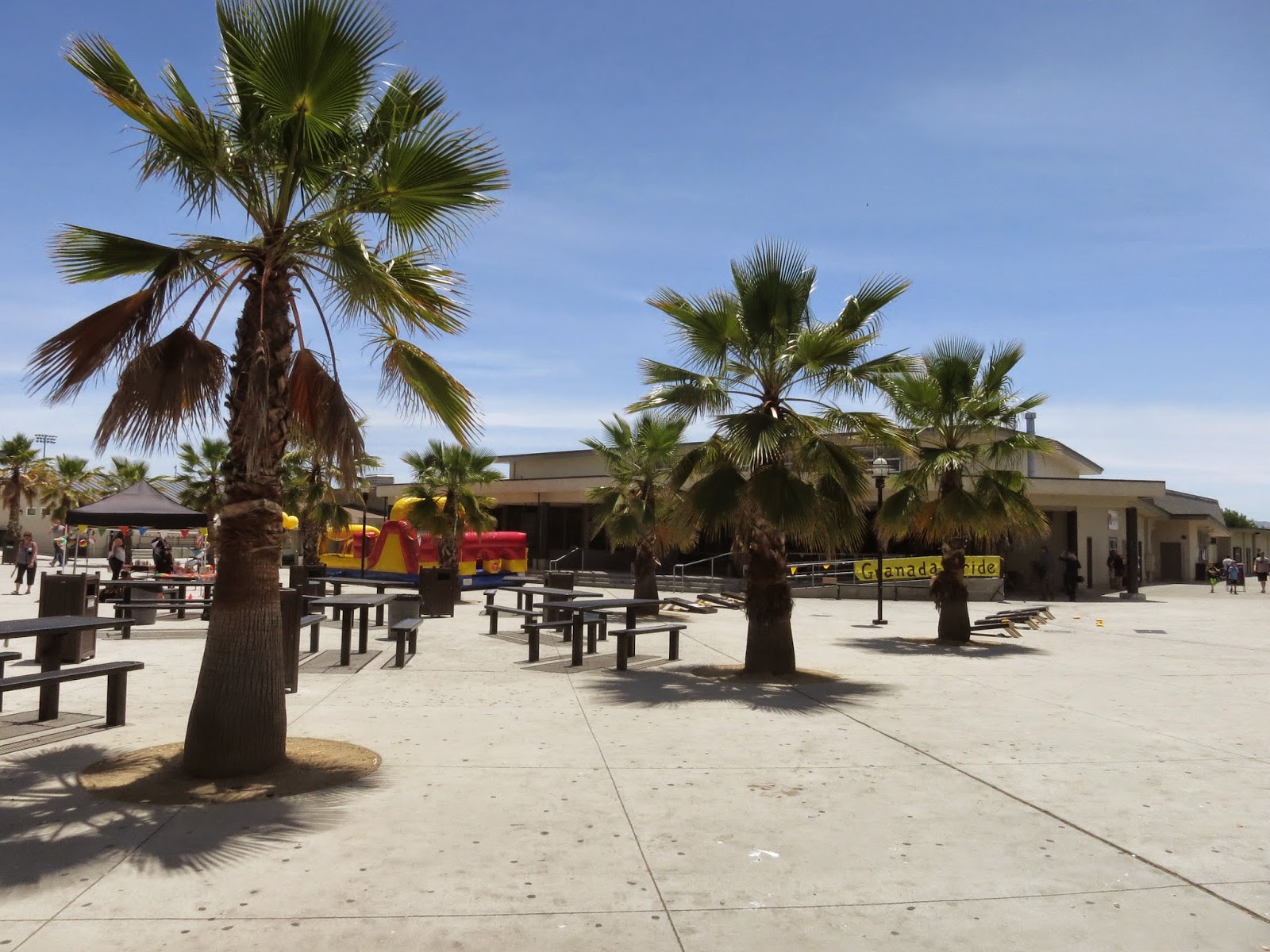 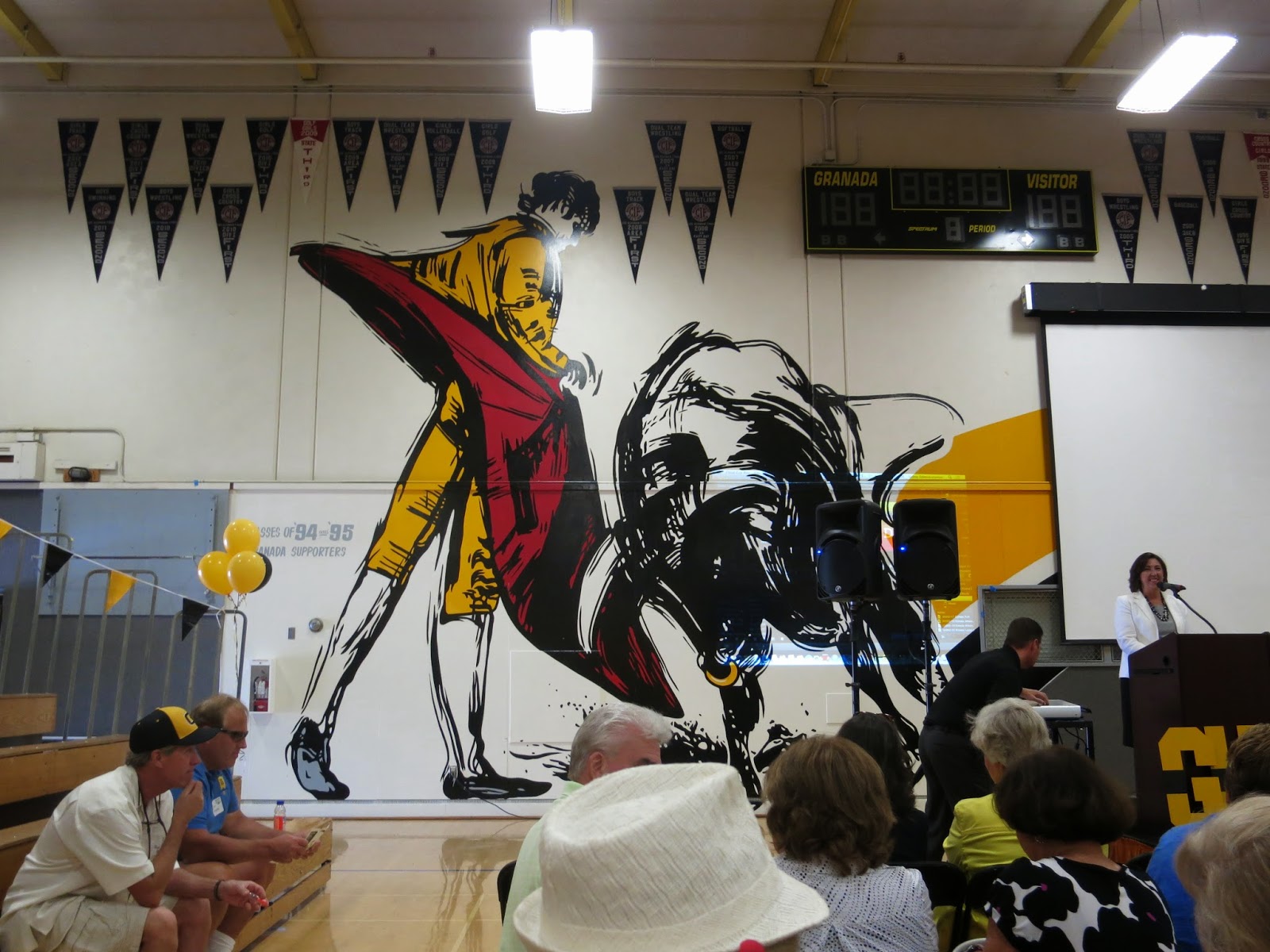 I took pictures of what had been added: 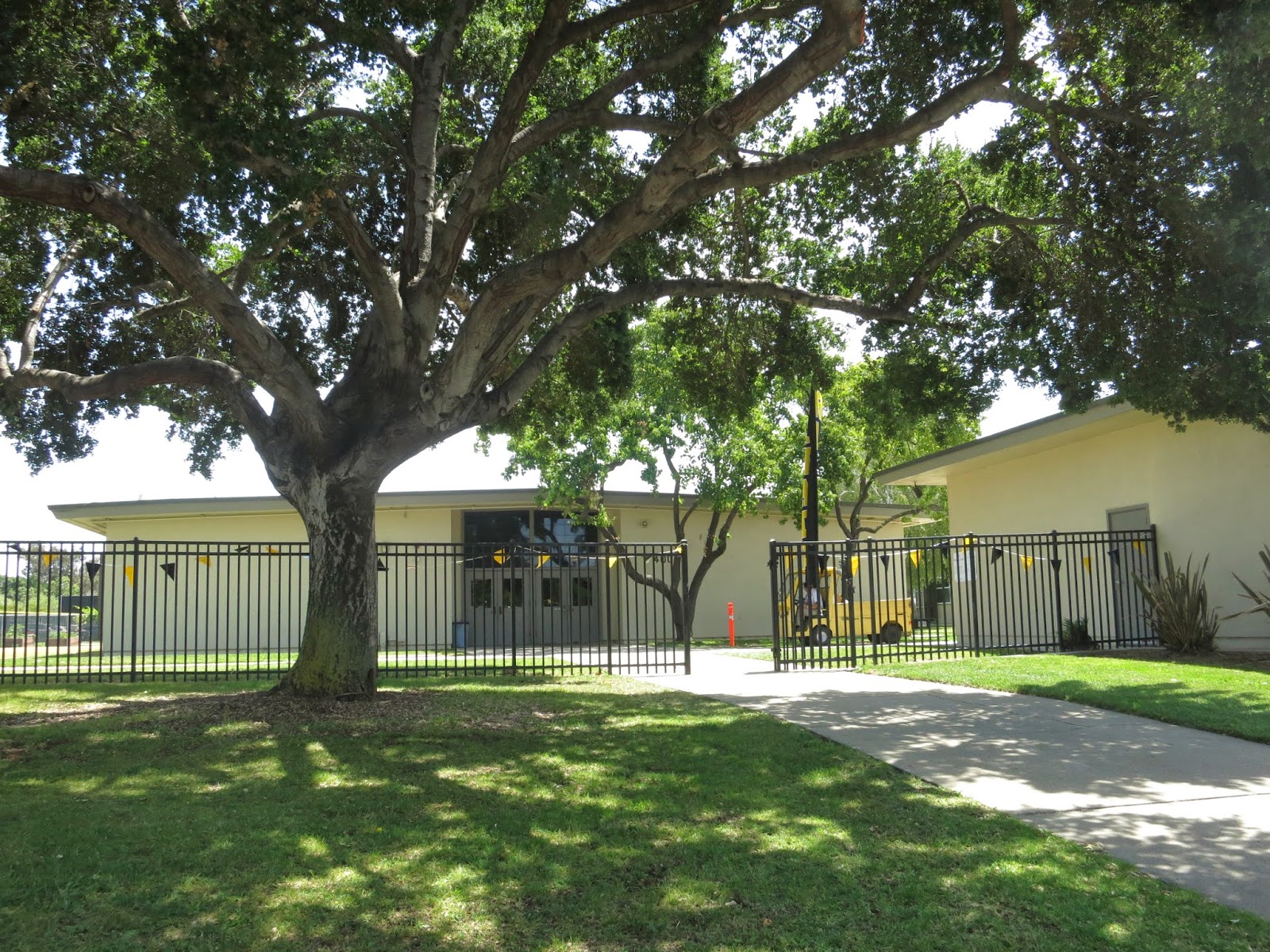 (No fence when I was a student.) 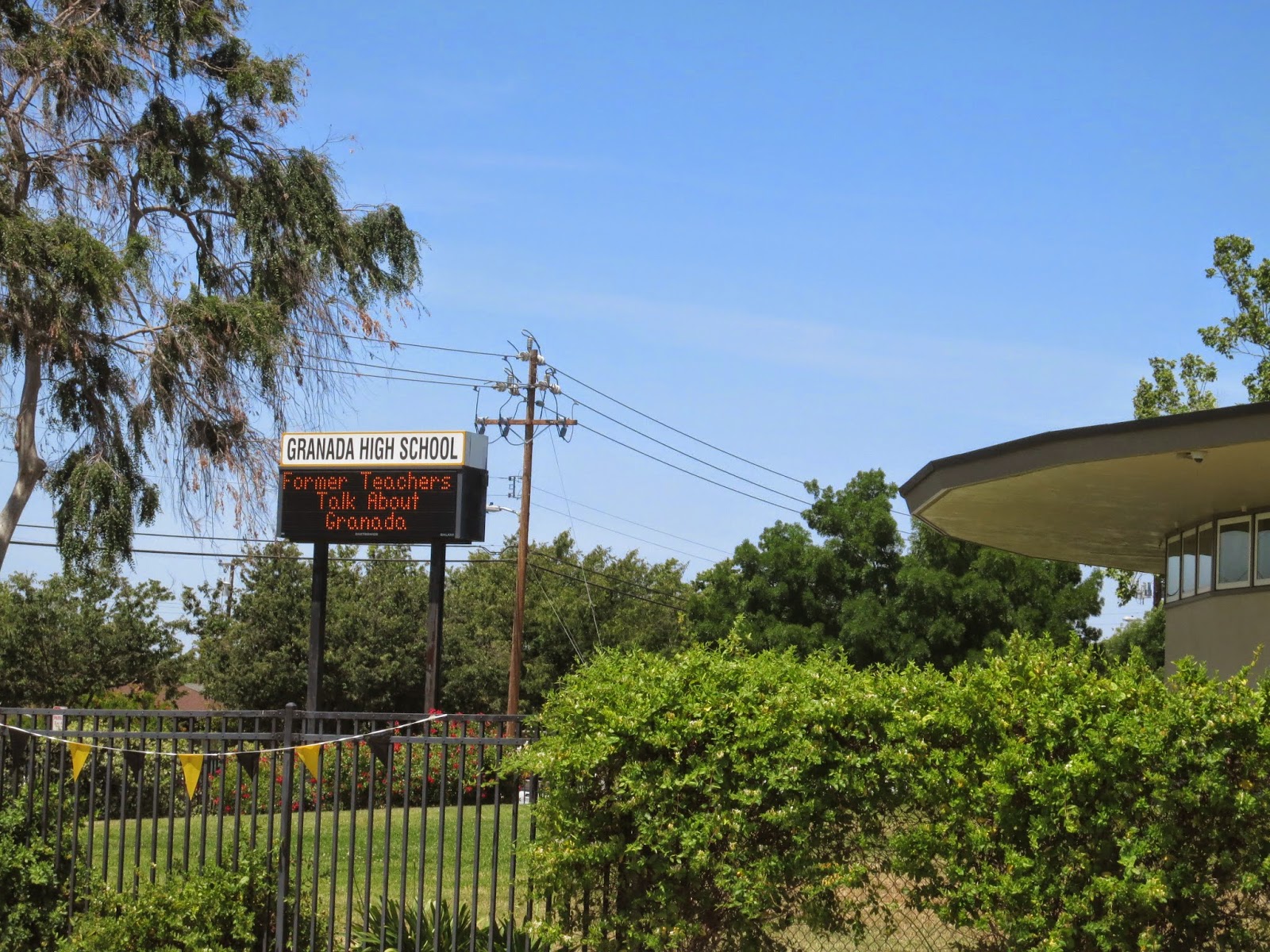 (Nor a fancy marquee.) 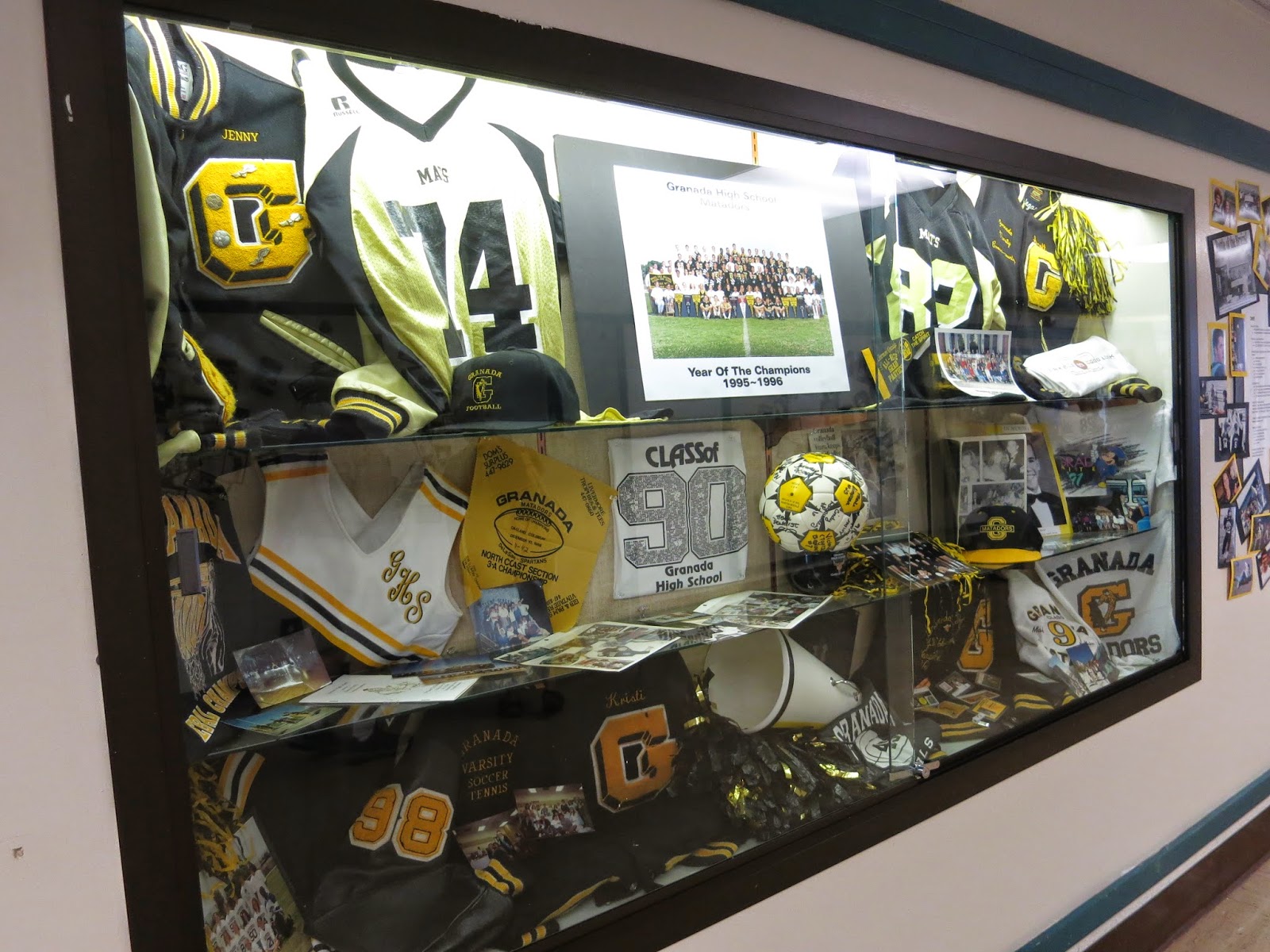 (New display cases, currently filled with items from each decade.)

And I took pictures of things that were missing. 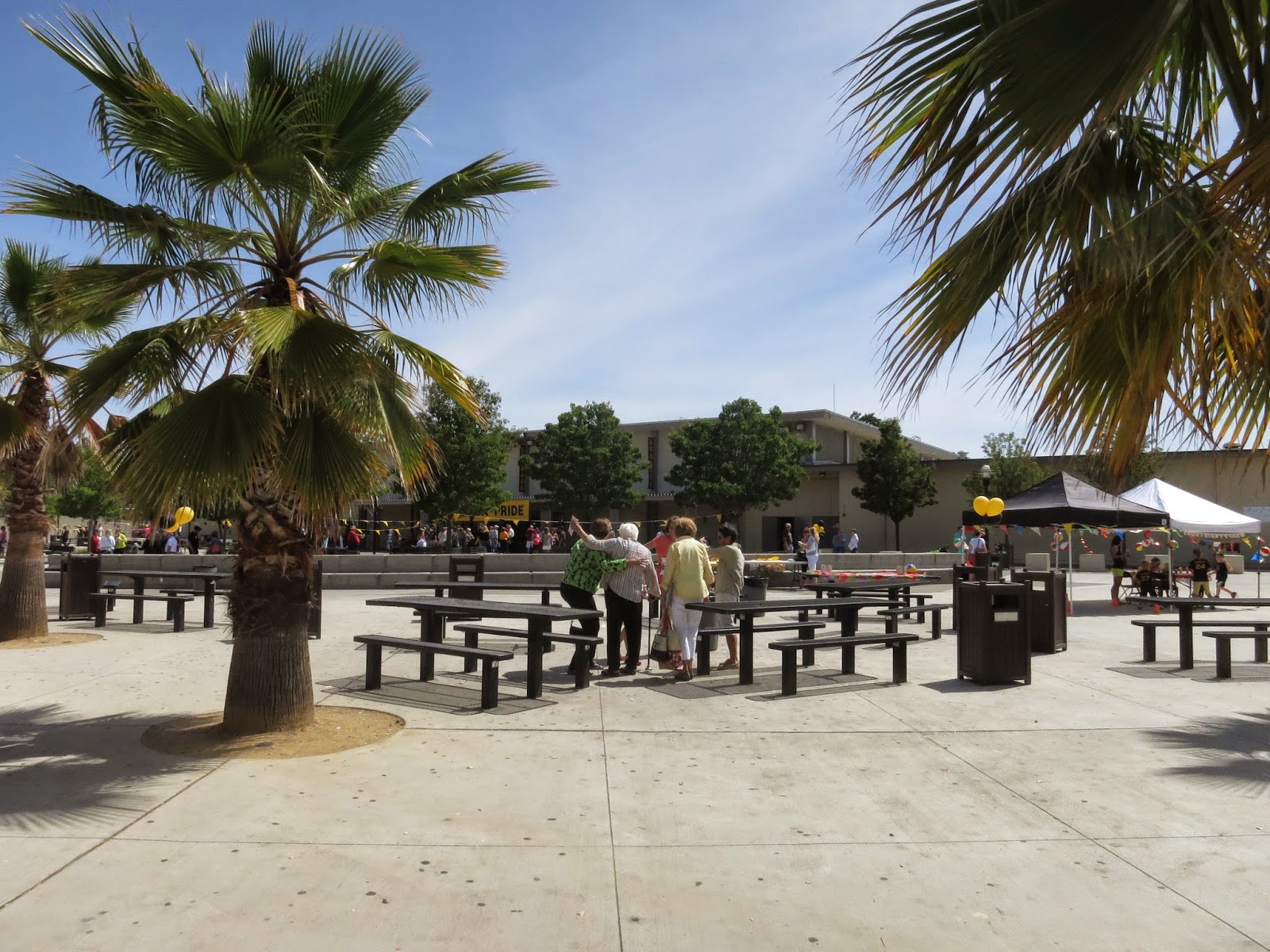 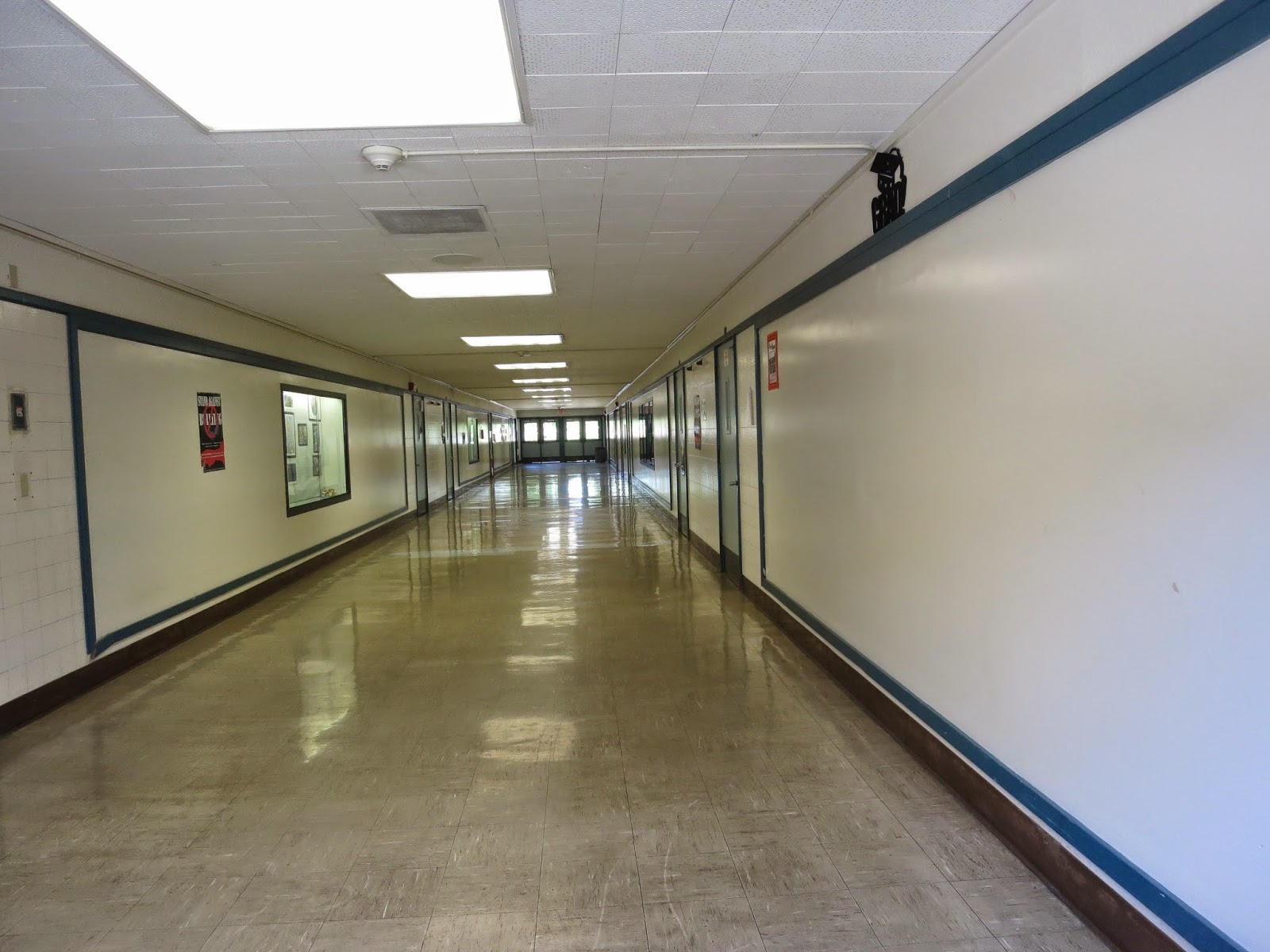 (No lockers.  Mine was on that blank wall on the right.  This was surprisingly emotional for me.)

I took pictures of old friends... 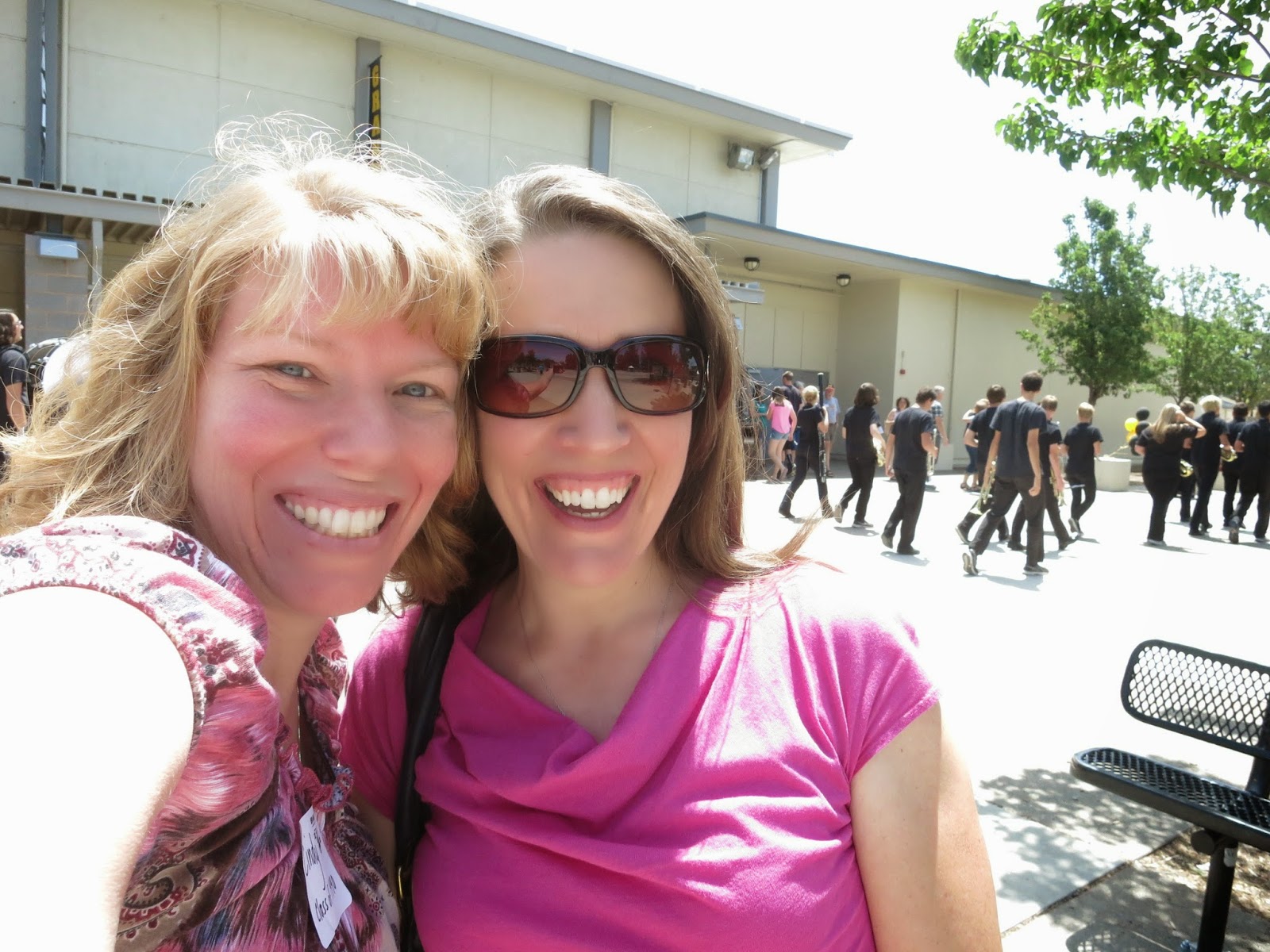 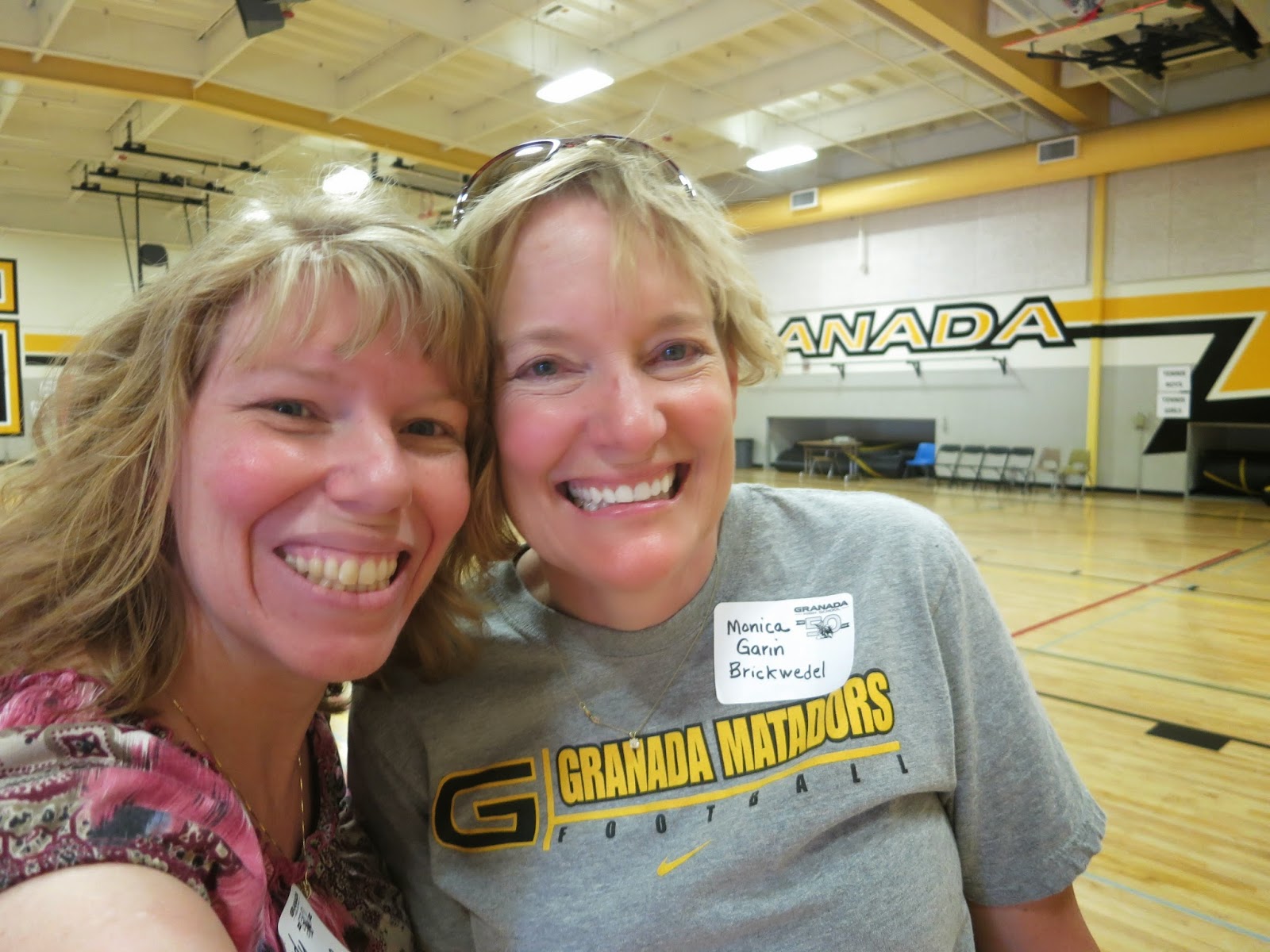 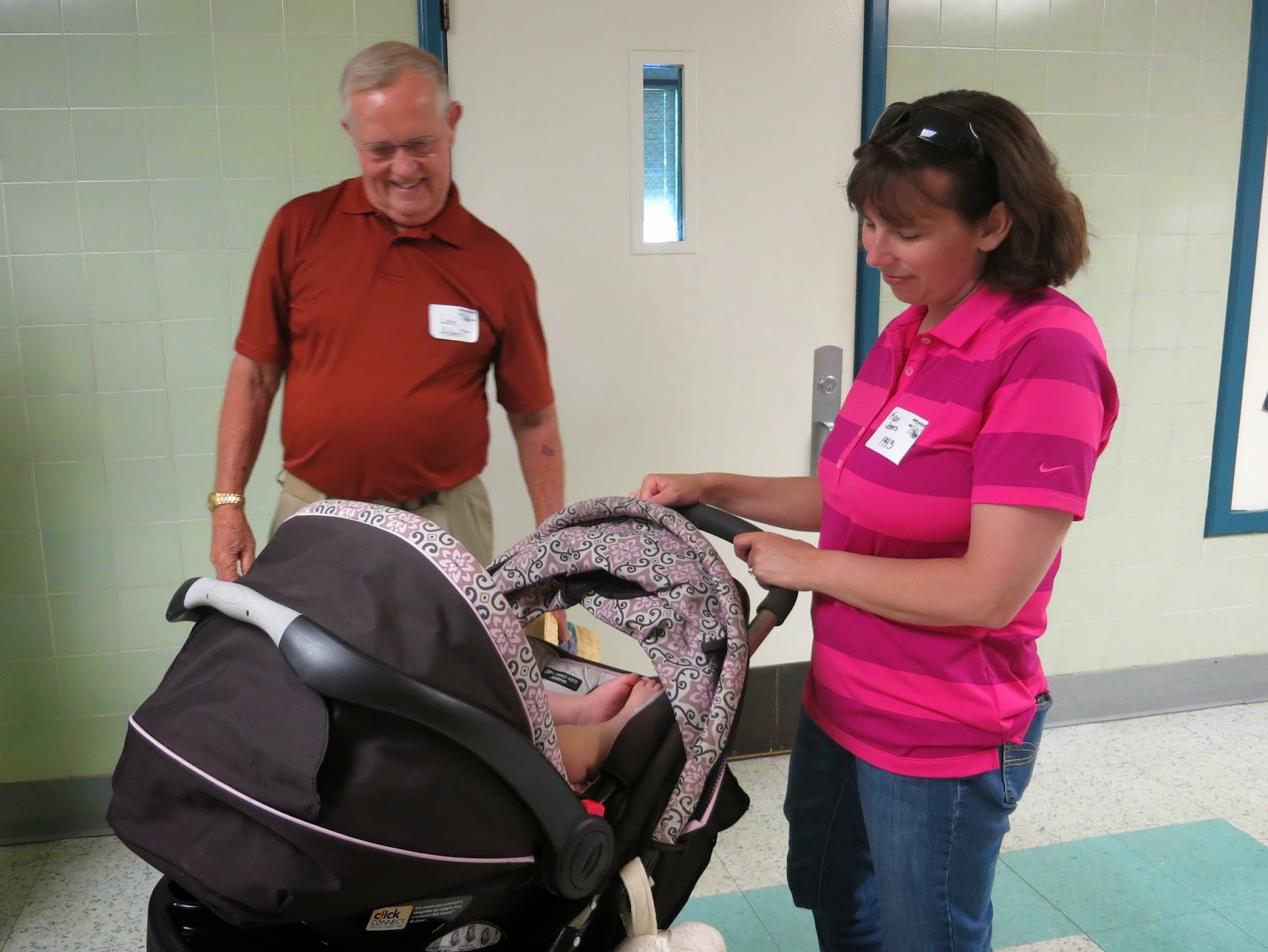 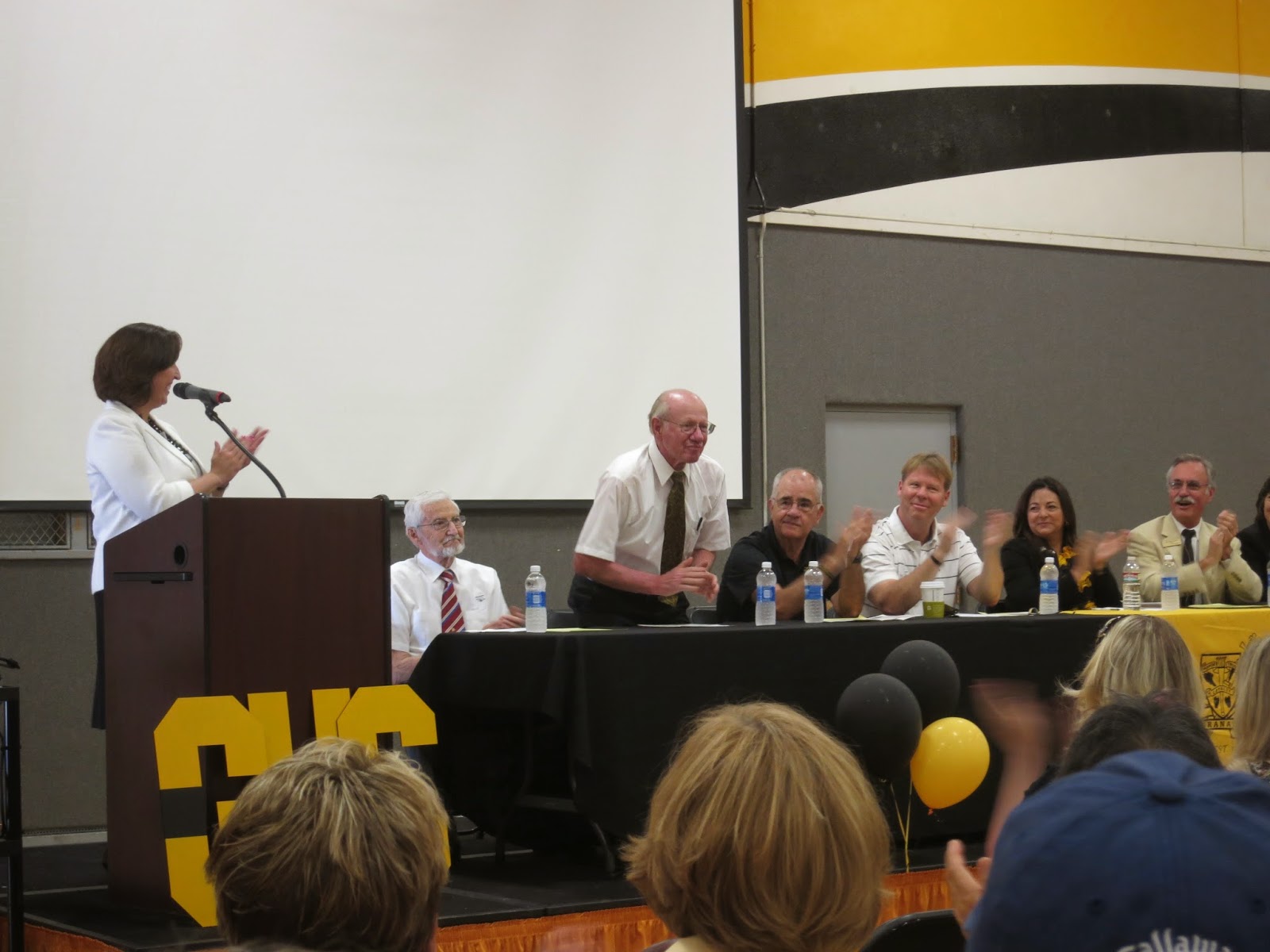 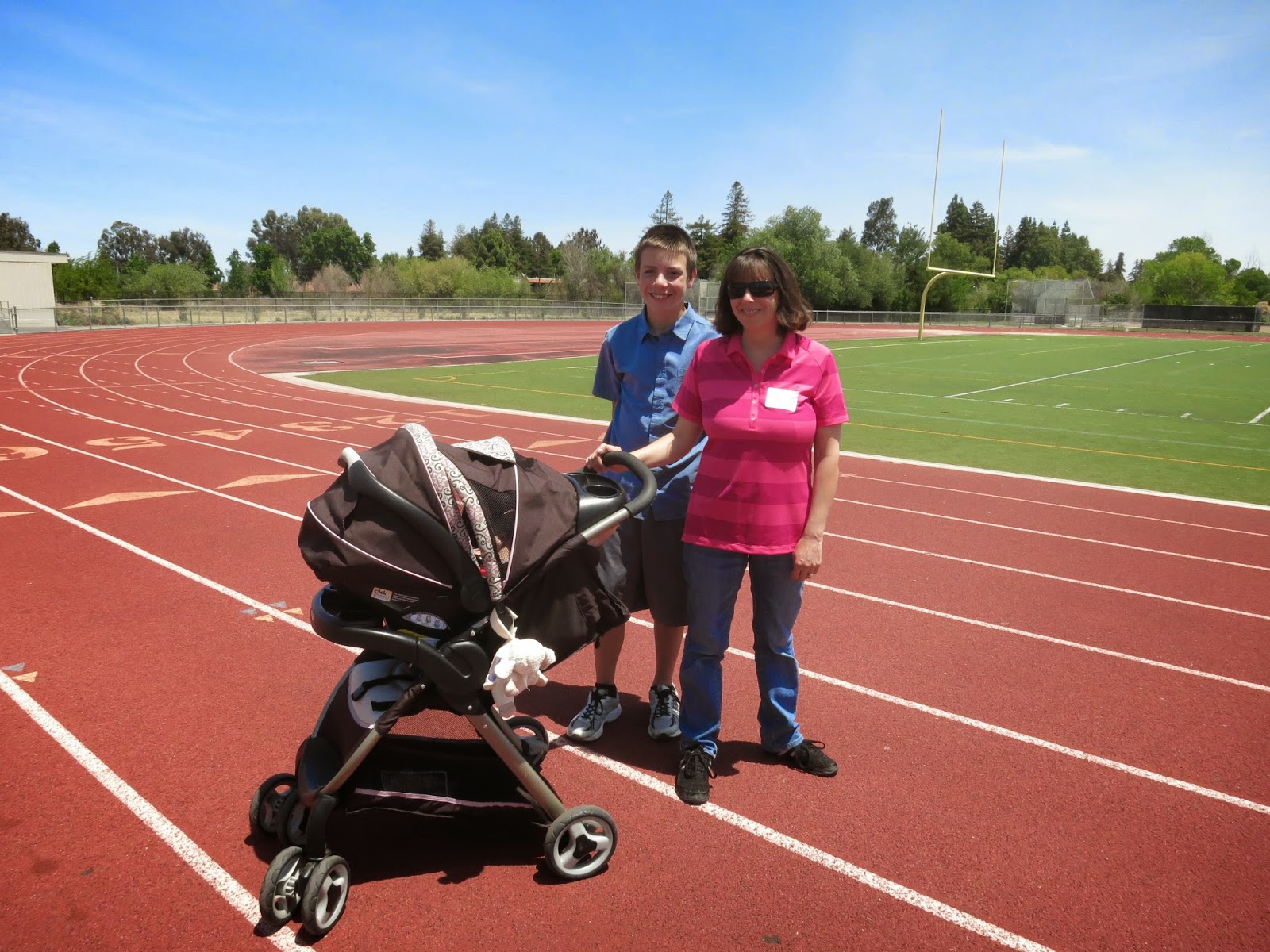 I took dozens of other photos, trying to capture those teenage memories. I spent a lot of time walking around the campus alone, ducking into familiar places and snapping photos. I spent a lot of time just standing still and looking, trying to remember what it was like when I was a student there. I was mesmerized by the new science wing and the new media center, confused when I walked into what I thought was the library and it was actually the leadership room, and blown away by the synthetic track and field.

The whole experience was surreal. I really enjoyed my day and am so glad I went, but I was overwhelmed. It is incredibly odd to feel both 17 and 42 simultaneously. 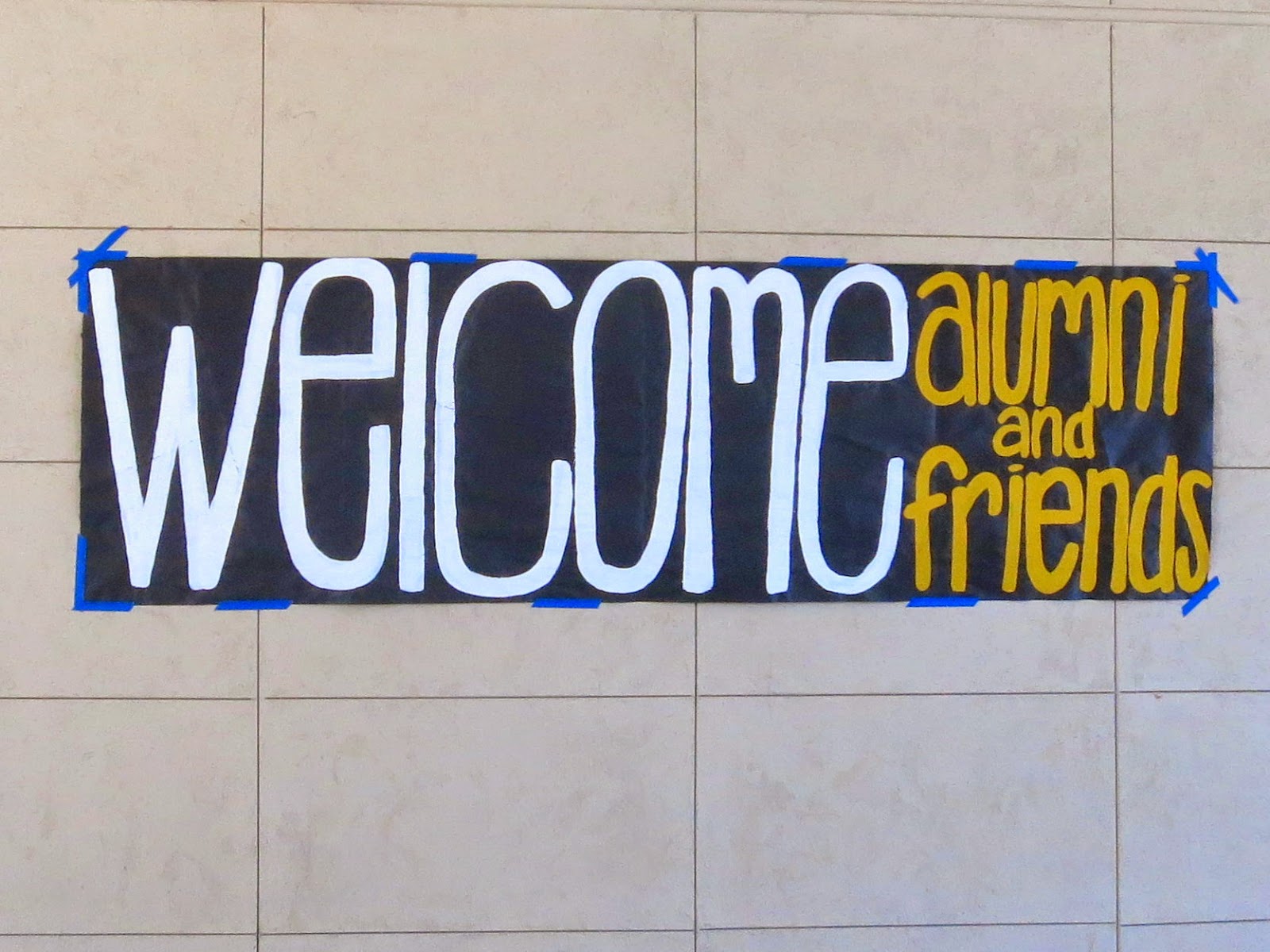 Happy birthday, Granada High!  I hope the next 50 years are just as great. 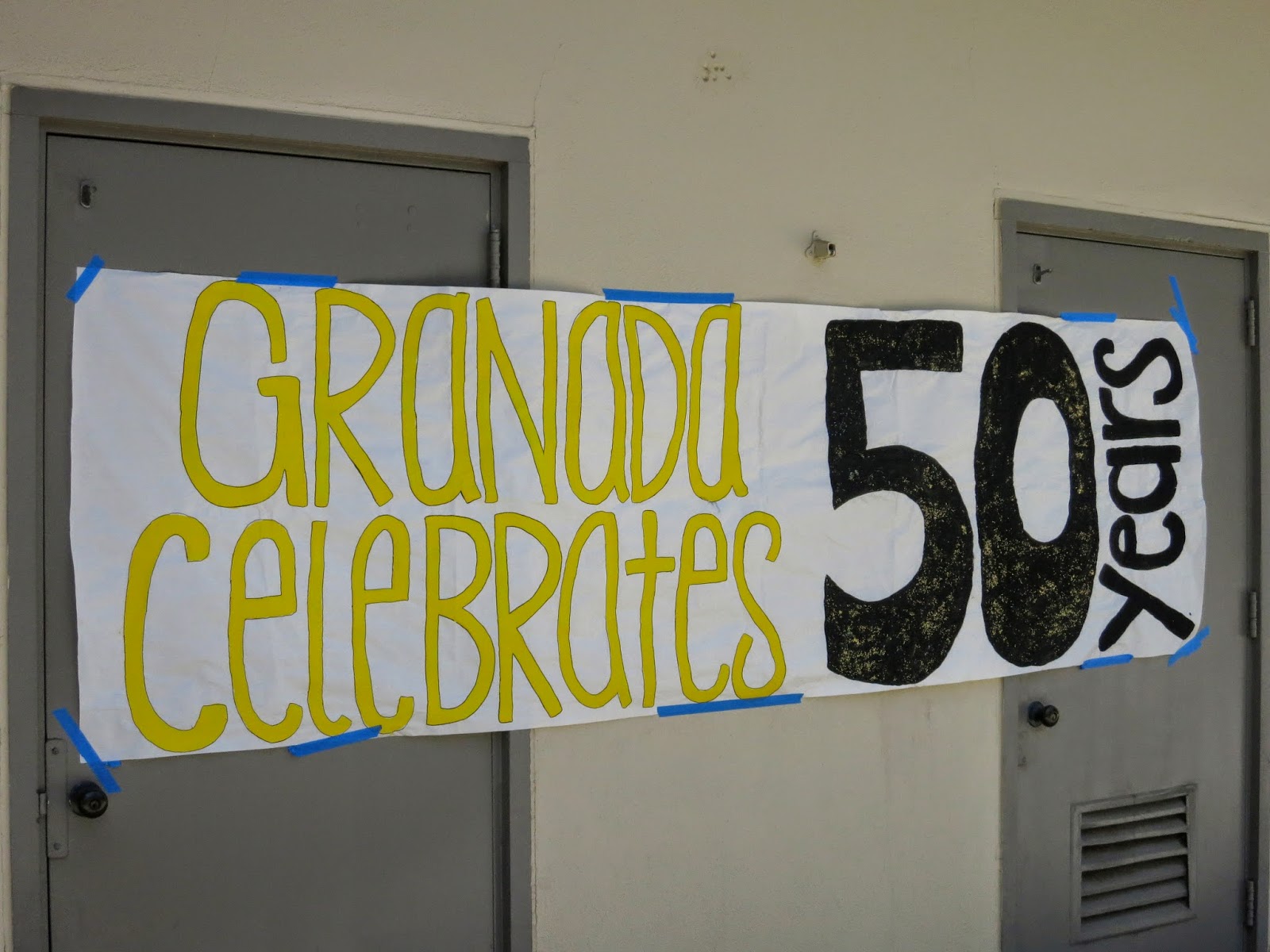 And I hope that today's students are capturing those little details and everyday moments that they wish they could see 24 years from now.
Email ThisBlogThis!Share to TwitterShare to FacebookShare to Pinterest
Labels: Memory Lane