Trevor's Cub Scout Pack just held their Raingutter Regatta.  However, instead of using the traditional kits to make wooden boats, they carved their own boats out of Ivory soap.  Each boy made his own boat at home with his parents (which is why Trevor is wearing Scooby Doo jammies instead of a Scout uniform). 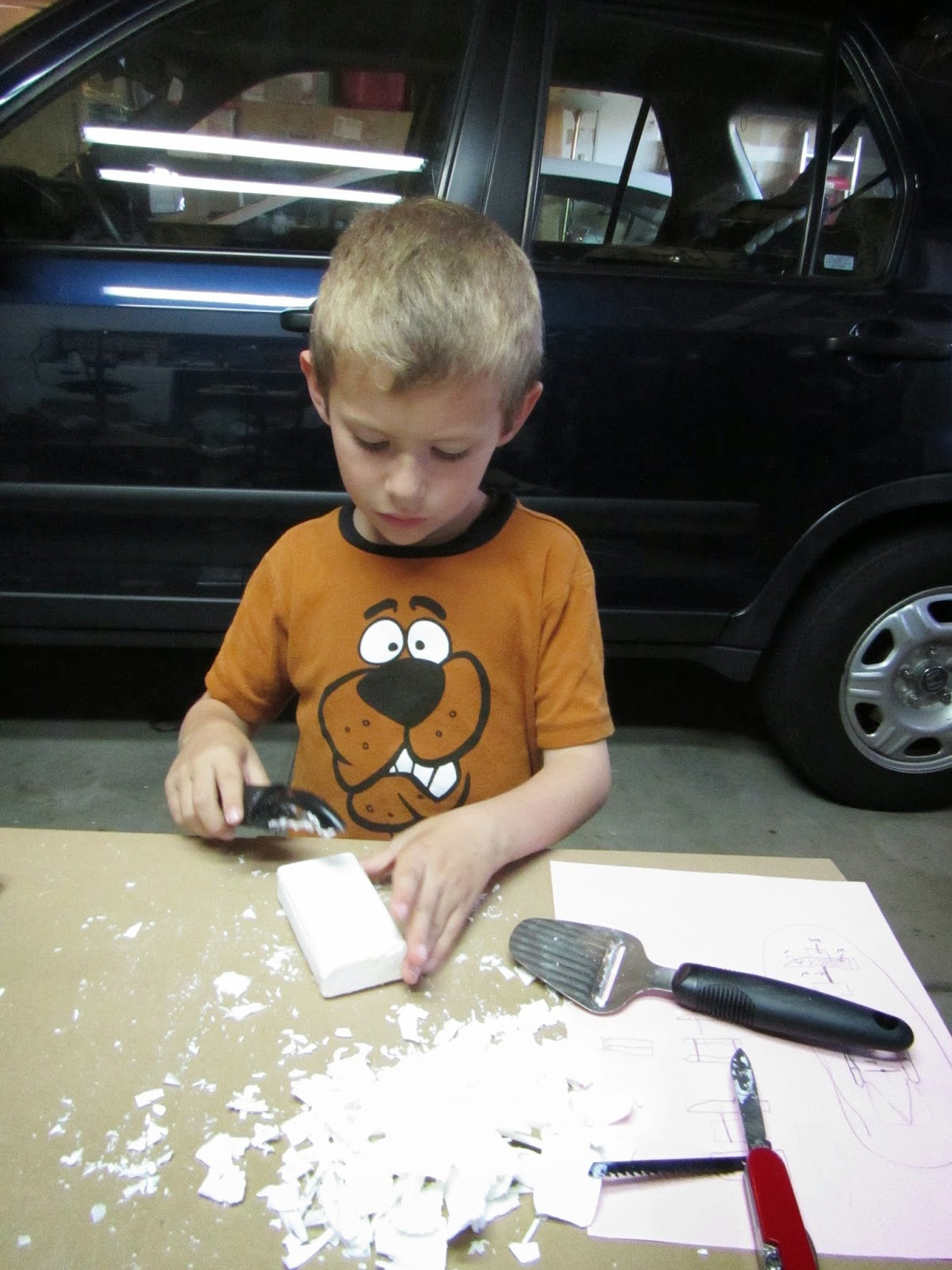 He had a lot of fun using the vegetable peeler, cheese grater, screwdrivers, and other tools to transform the bar of soap into a boat. 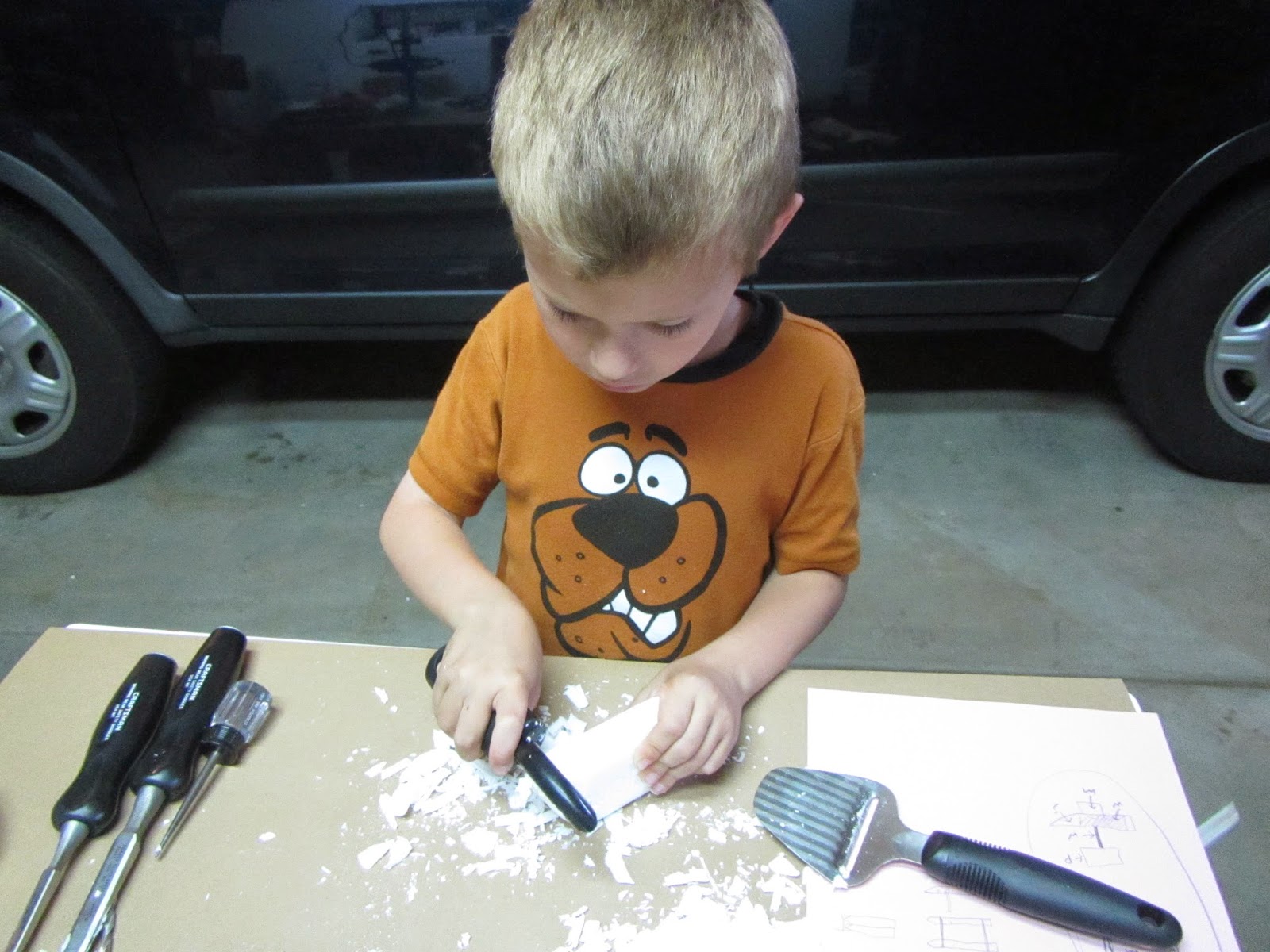 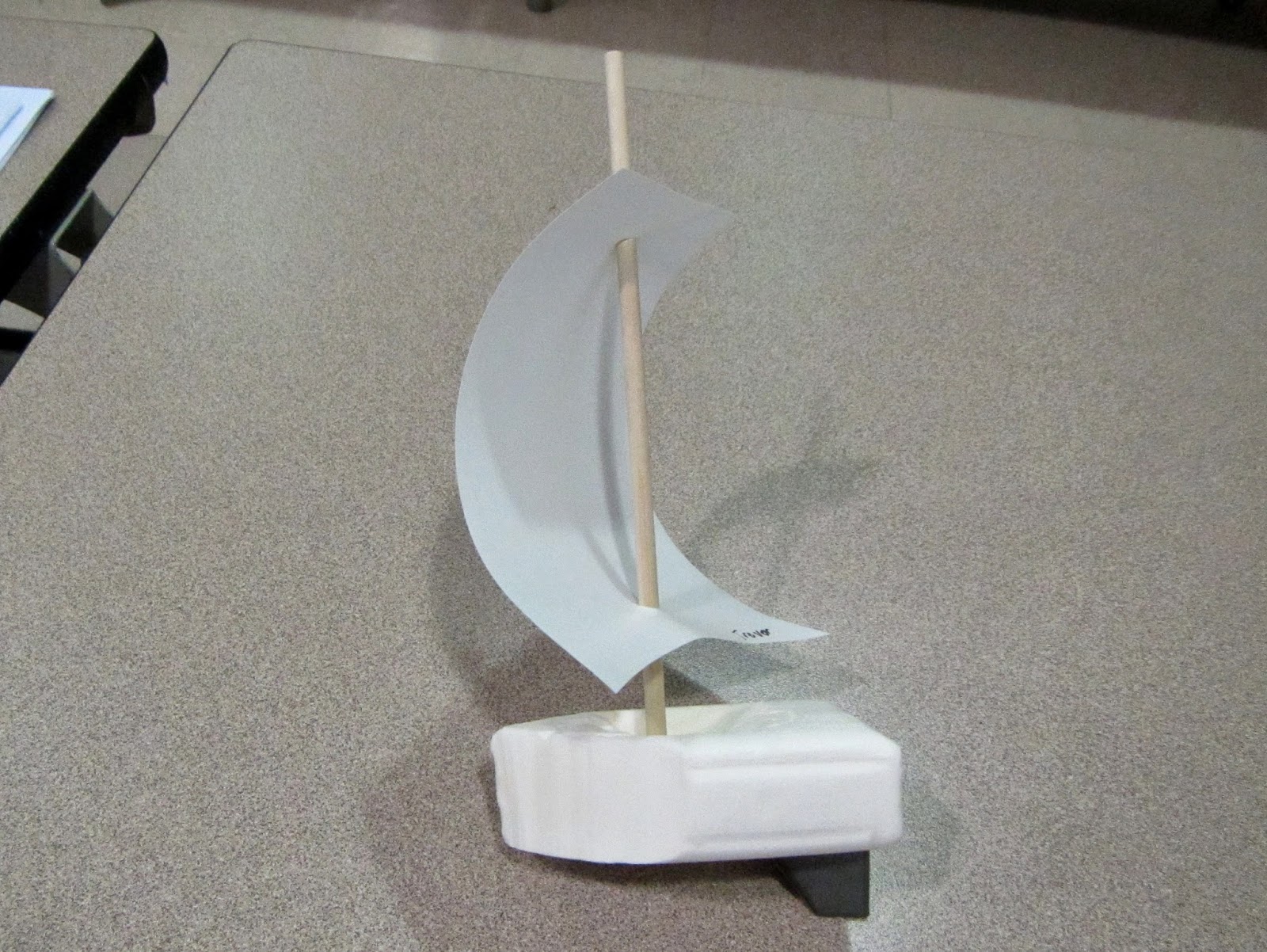 They raced their boats by blowing through a straw. 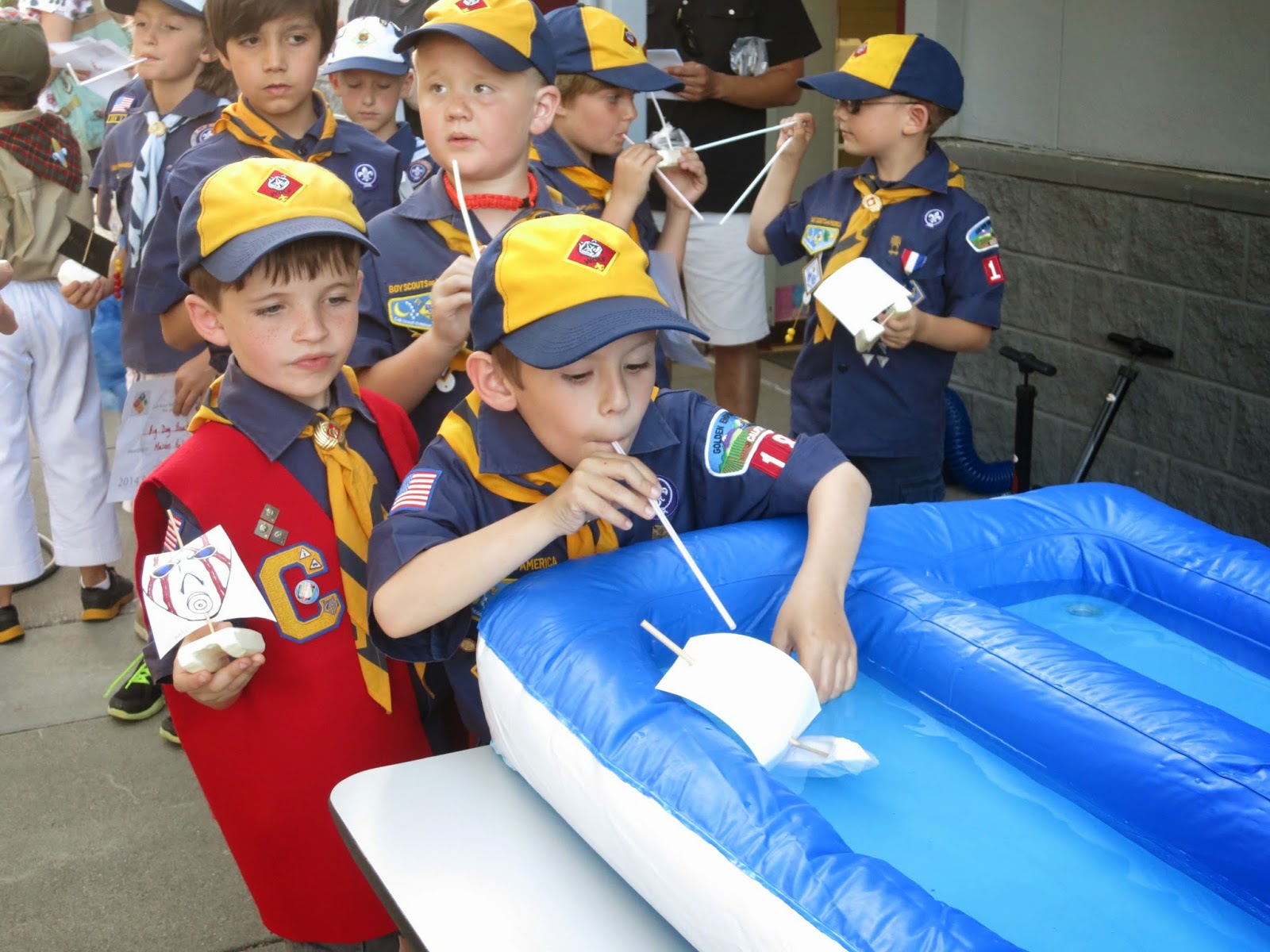 Unfortunately, this didn't really work.  Most of the boys' boats capsized immediately.  The ones that stayed upright didn't move just from air on the sail.  One of the older boys realized that he could put the straw in the water and blow, which was by far the most successful technique. Everyone had a lot of fun, even if most of the boats didn't float and almost immediately turned into a soapy mess.

In two days, Trevor will officially complete his Wolf year and bridge to Bear.  It has been an amazing year.  I love how our Pack encourages Trevor's creativity, whether it's the Pinewood Derby, the cake decorating contest, or the Cubanapolis.  I love how much he has learned and grown though his Scout activities.  I love that Scouts is doing for Trevor what 4-H did for me.
Posted by Cindy deRosier at 5:00 AM