Happy Monday!  I am currently out of town judging at a county fair after a fun-filled, incredibly busy birthday weekend.  I'll be sharing photos from Trevor's Star Wars party later in the week.  In the meantime, I thought I'd do a review of the Groovebook that arrived too late for me to use during Scrapbook Improv at Lain Ehmann's Creative Live workshop. 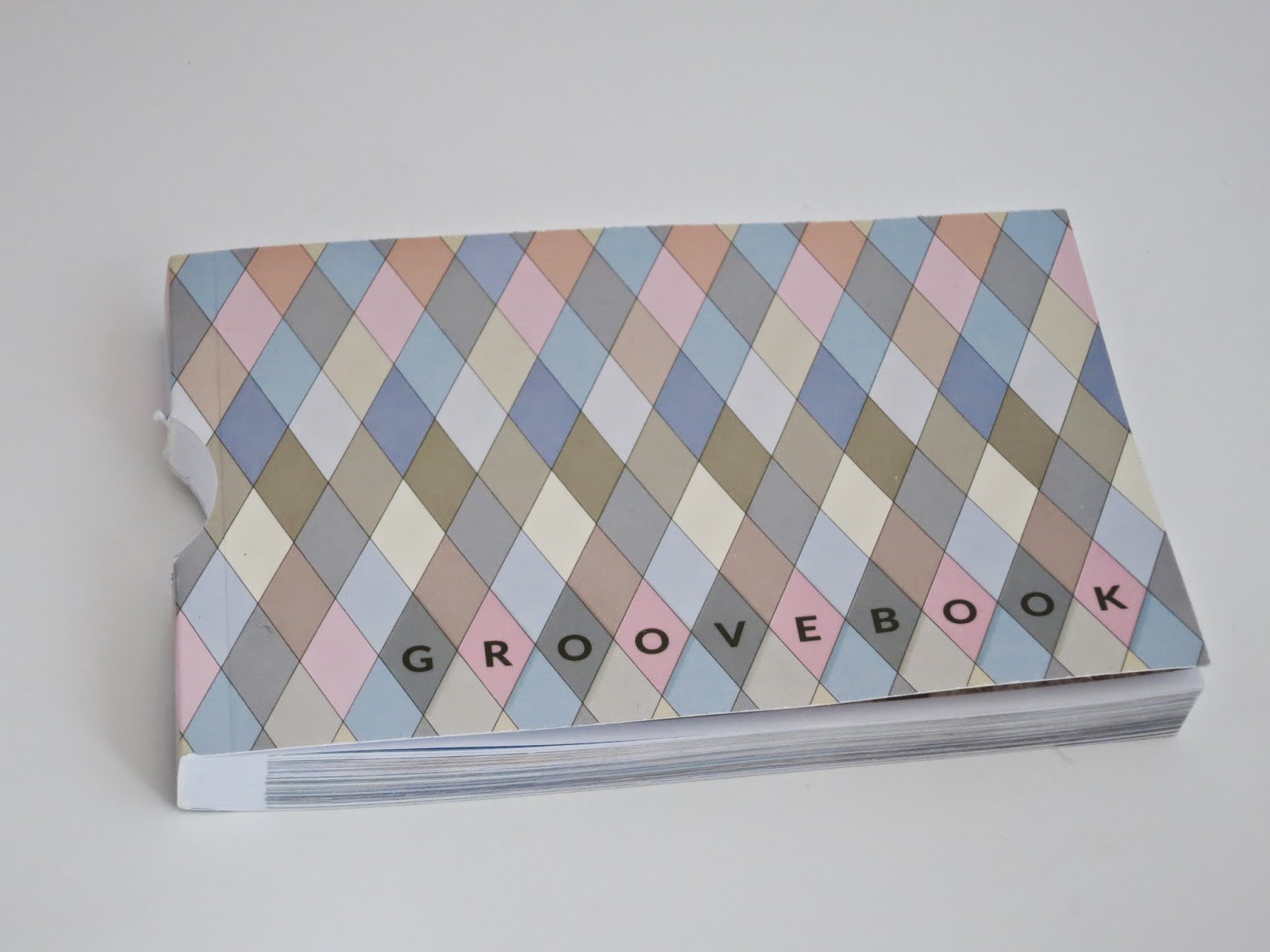 As you might recall, those of us in the studio audience were given a free code to order a 100-photo Groovebook for use in Lain's workshop.  Once my photos were on the Groovebook app, ordering my first Groovebook was a piece of cake.  I waited for it to arrive.  And waited.  And waited.  I didn't start worrying until 15 days had passed.  Why was it taking so long?!  When I learned that Groovebook ships out of Los Angeles, I was even more confused.  Shouldn't it take 2-3 days, a week tops, for something to get from the Los Angeles area to the San Francisco area? I read somewhere that they ship via USPS Media Mail (which keeps costs low and delivery times potentially long) but that doesn't make sense, as photographs and photo albums are specifically mentioned as items that cannot ship via Media Mail.

The Groovebook did eventually arrive, 21 days after I'd ordered it.  It arrived in good condition, despite the outer covering looking really beat-up.  The pages were thinner than I'd expected, but still a decent quality. I loved that the date and other metadata was right there with the photo. Overall, the print quality was ok.  Some pictures turned out well... 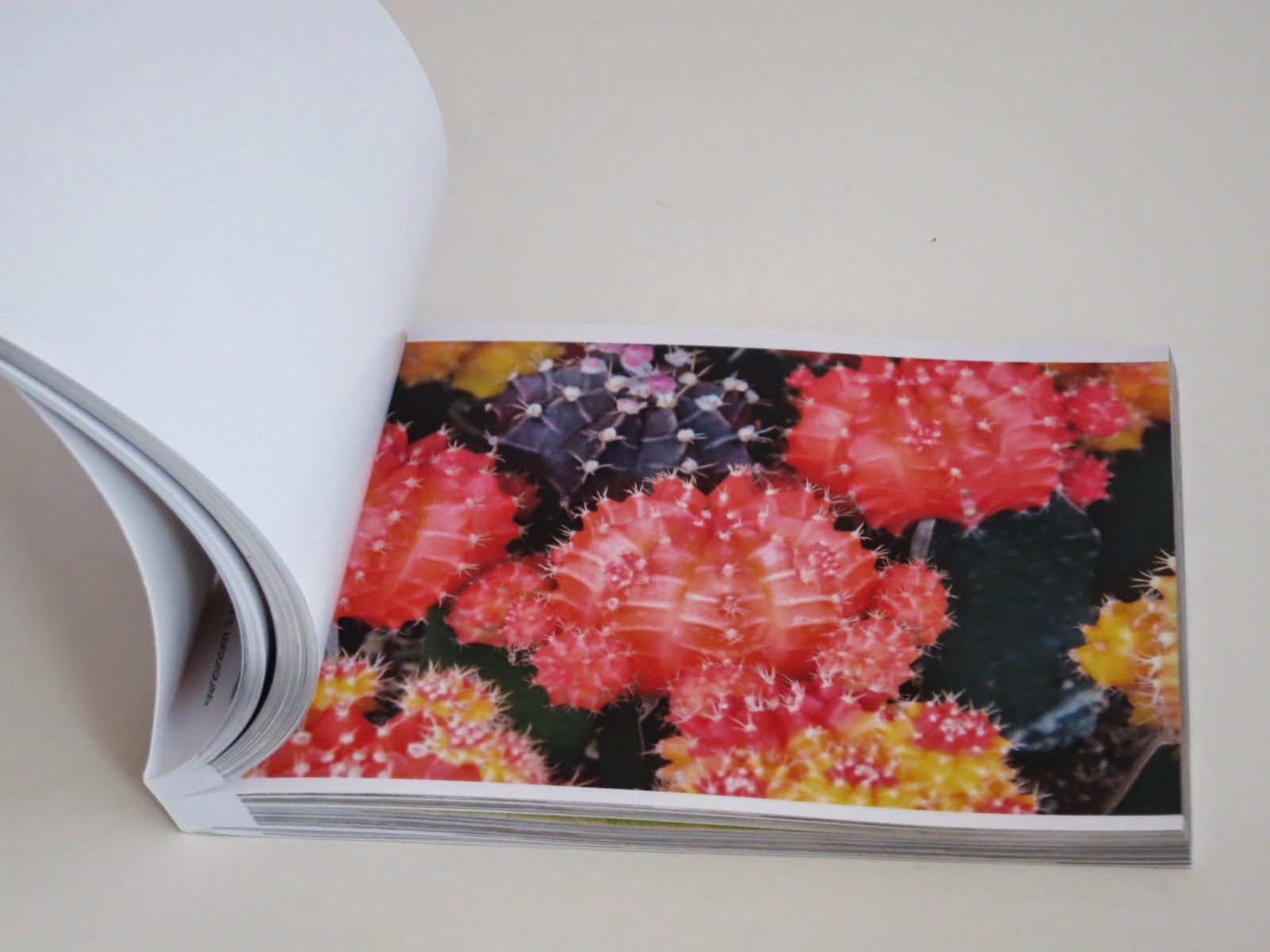 ... while others were downright terrible.  The worst one had a big pink streak through the photo, a weird orangish tone, and a dullness to it.  I scanned it, then made a collage with the original to show the difference. 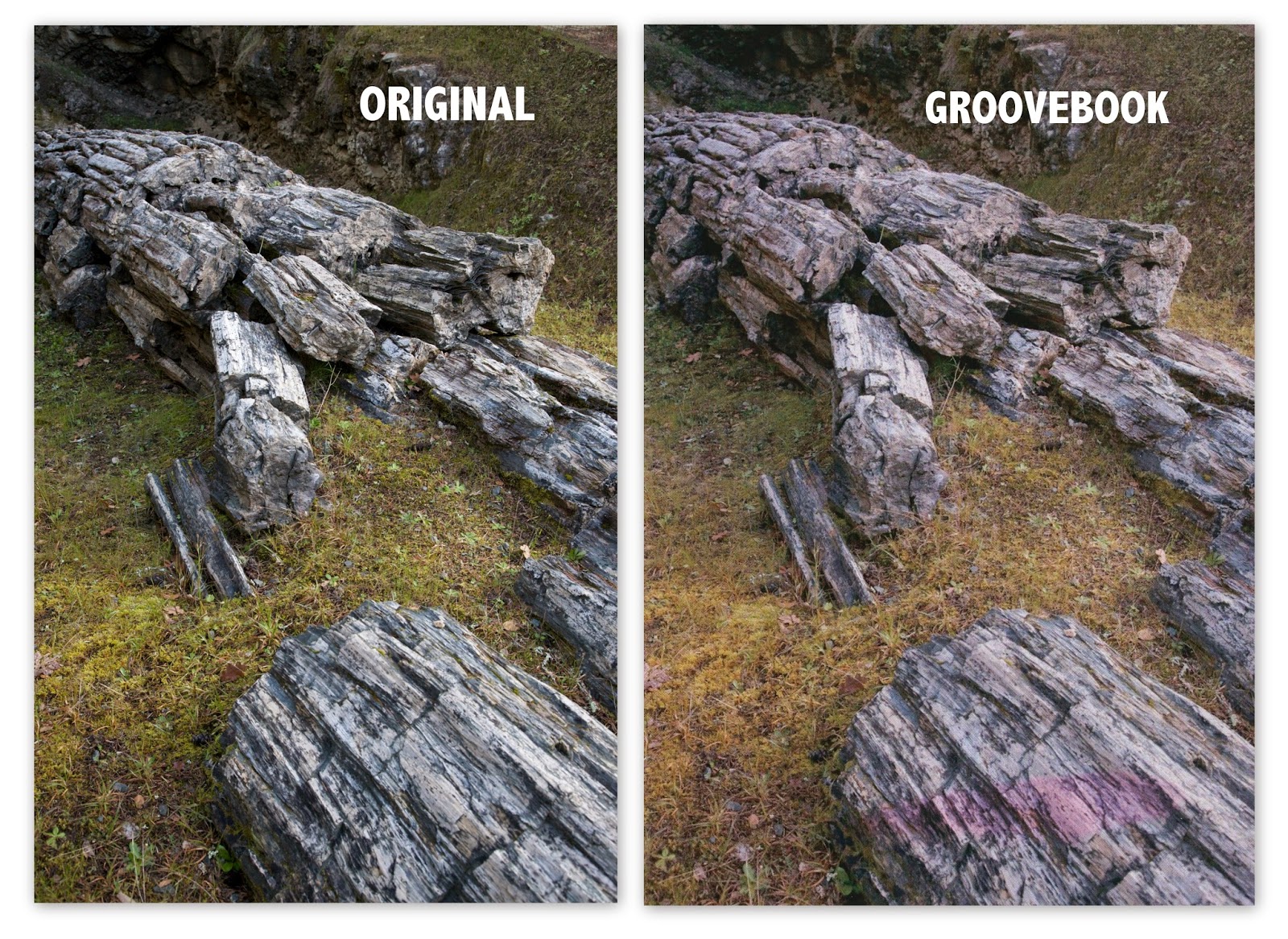 I'm just now starting to take phone photos, so we'll have to see whether Groovebook is something that I might eventually want to use in the future.  In the meantime, I'm much happier ordering slightly more expensive photos with a much better print quality and significantly faster delivery time.

If you'd like to check out Groovebook for yourself, feel free to use the handy coupon that was in the back of mine. 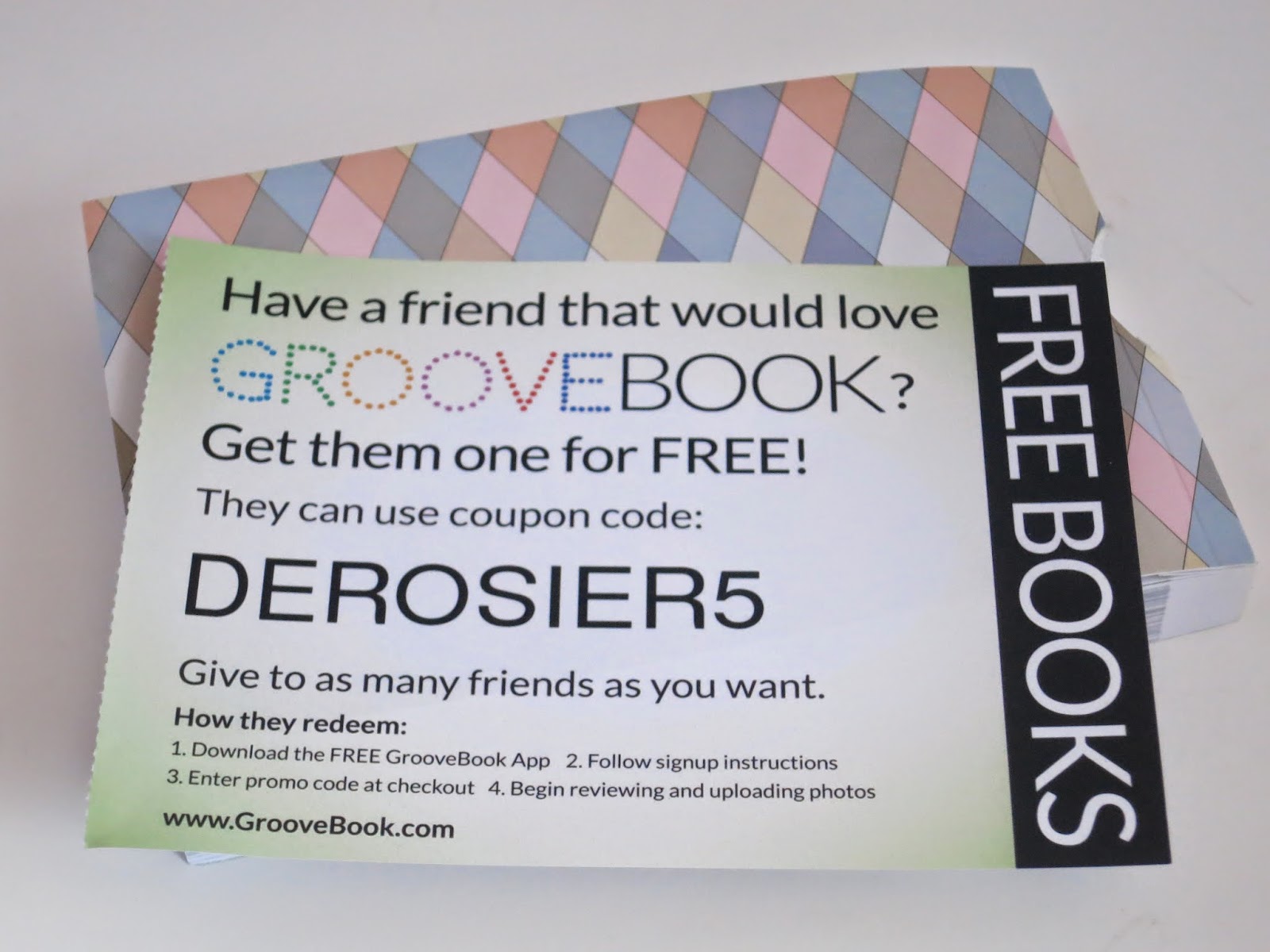 I'd love to hear about your experience with Groovebook!  Love it?  Hate it?  Somewhere in between?  Let me know!
Email ThisBlogThis!Share to TwitterShare to FacebookShare to Pinterest
Labels: CreativeLive, Product Review