In his two years as a Cub Scout, Trevor has earned 23 Belt Loops. That's at least a dozen more than fit on his belt, so rather than wear some and not others, he stores them on the Belt Loop Display that he made. Each time he receives a new Belt Loop, he brings the display down and rearranges them all. 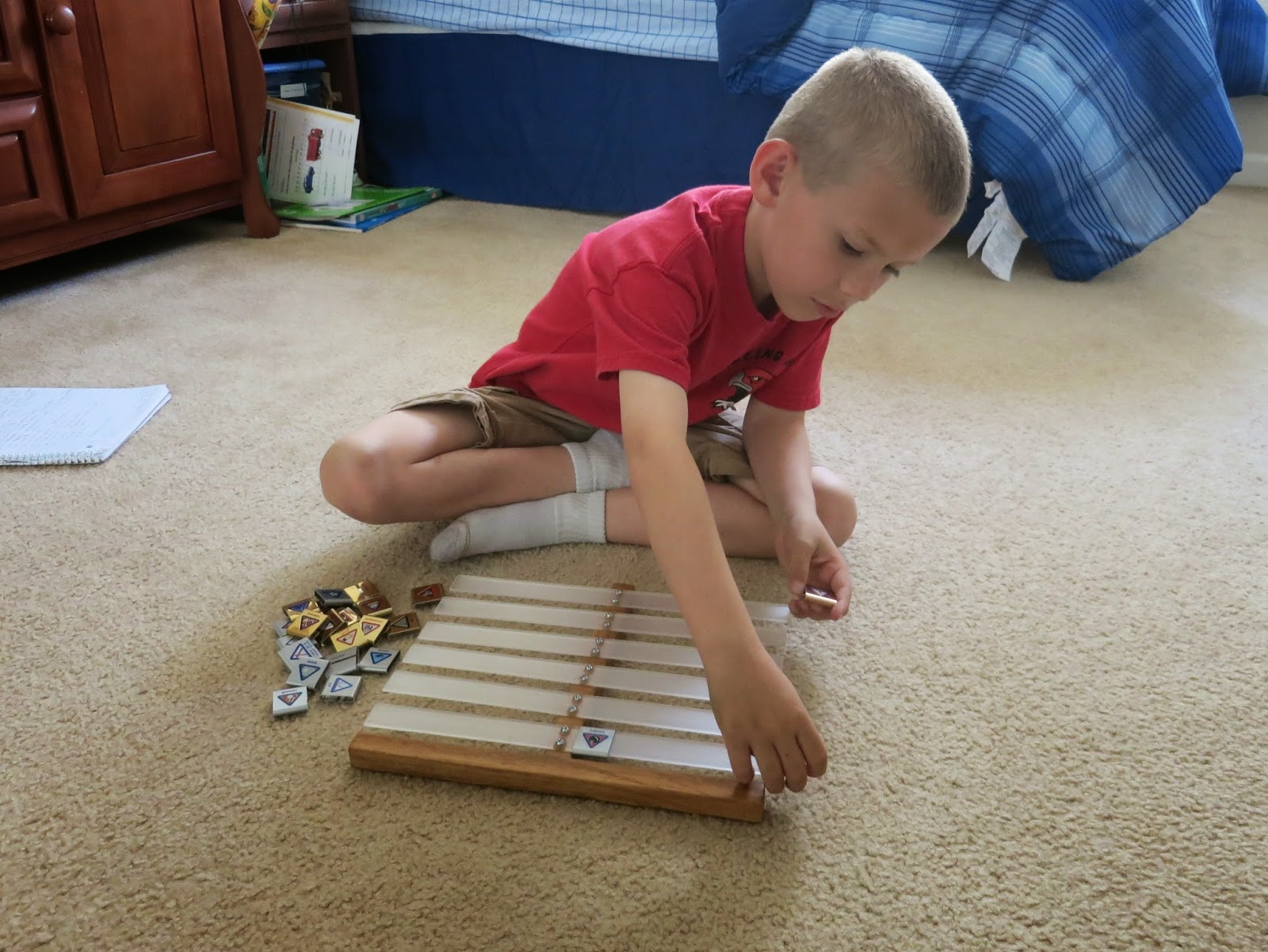 Sometimes he sorts by color, sometimes alphabetically, and sometimes by a method known only to him. 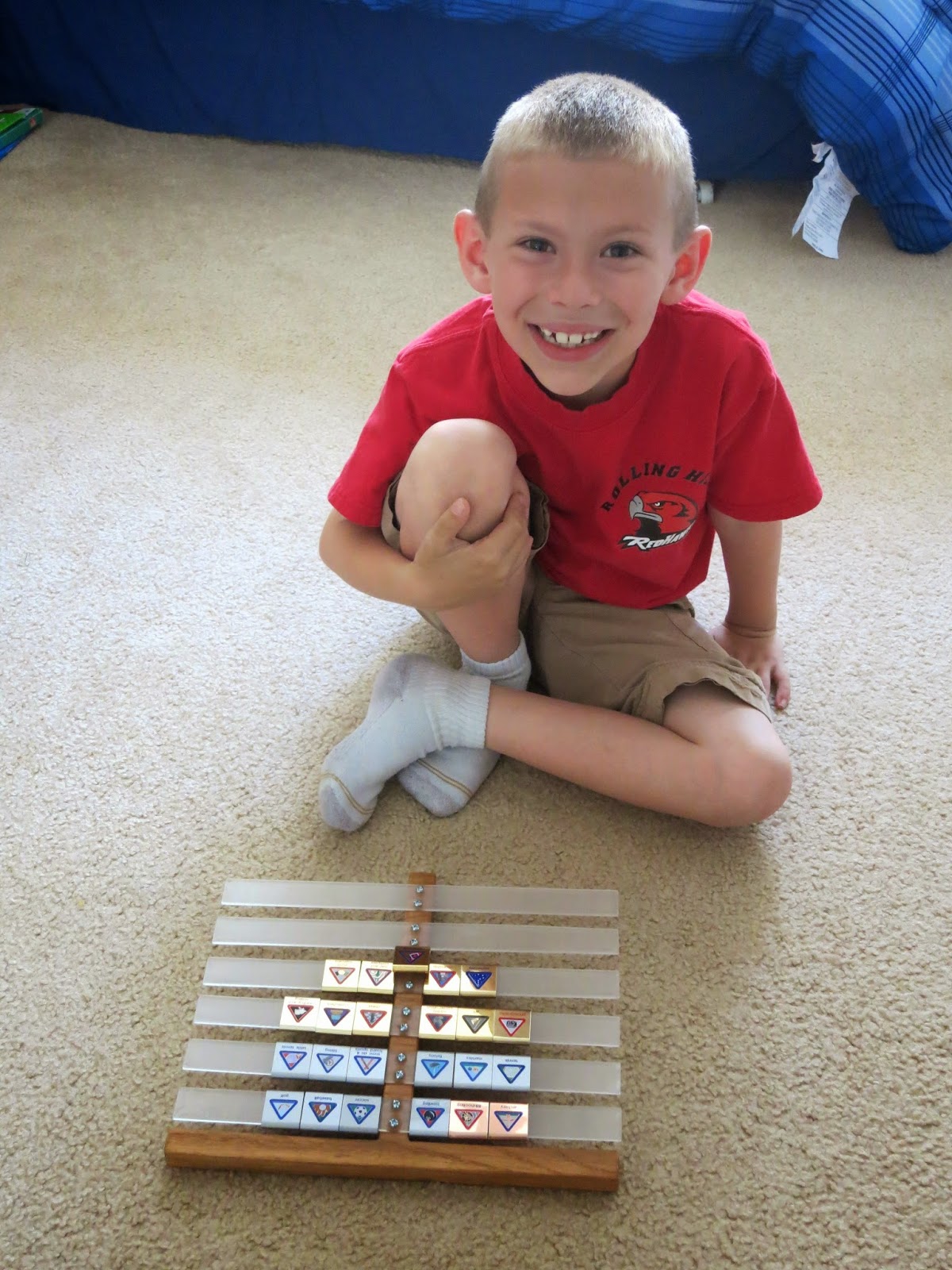 I have no idea what his organizational system was for this, but I'm sure there was one. 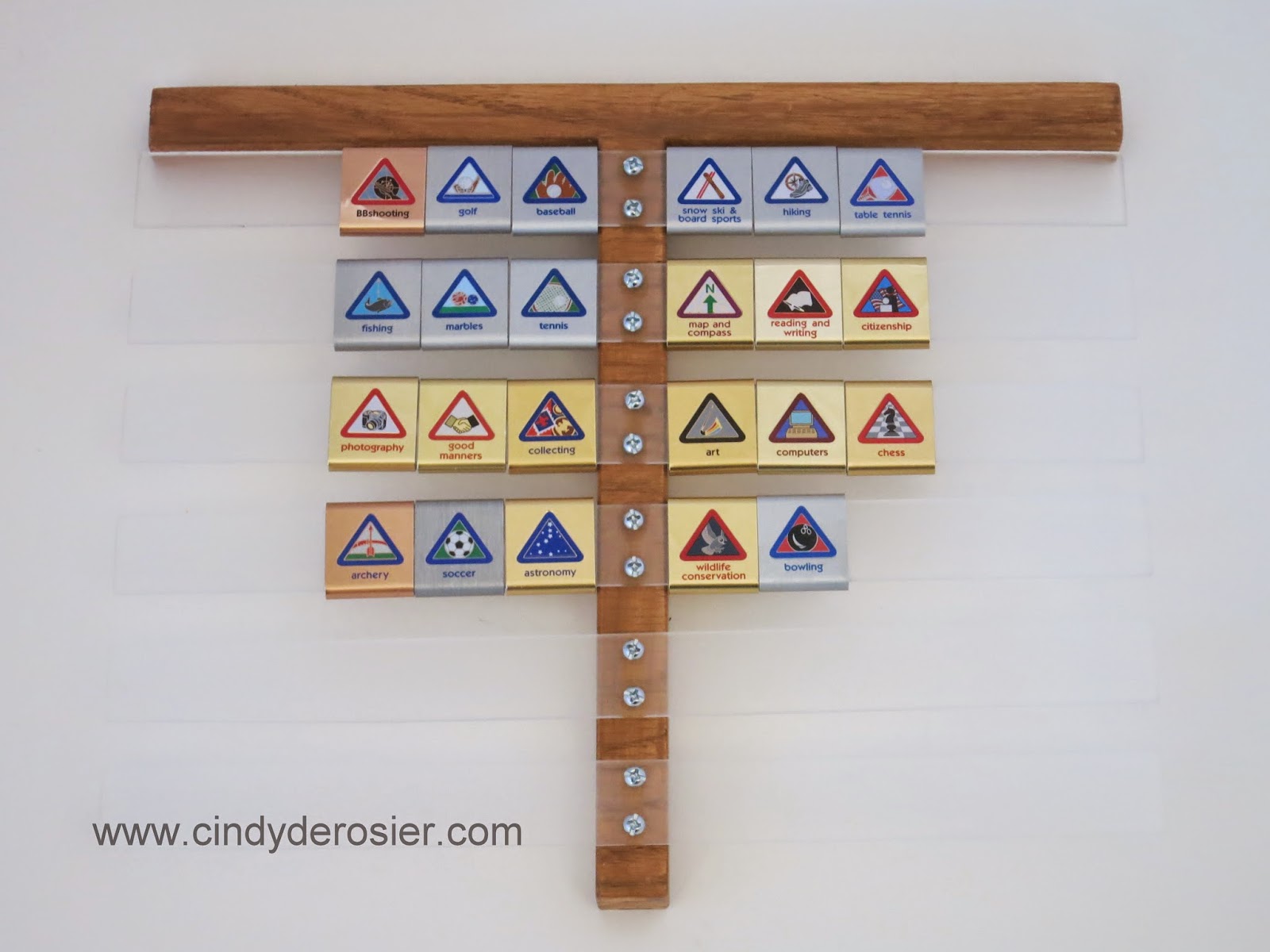 Trevor, like most Cub Scouts, is highly motivated by Belt Loops. He enjoys the activities to earn them and loves collecting them and showing them off. I recently told him that the Belt Loop (Academic and Sports) Program will be discontinued in May 2015. (You can hear about changes to the Cub Scout program on the June 2014 CubCast.) Trevor was, understandably, really disappointed to hear this. Even though the activities will be incorporated into the ranks, he still wanted to continue to earn the Belt Loops and complete his collection. Once he learned that he has only one year more to earn the rest instead of the three years he thought, he told me that he wants to work really hard now to earn the rest before it's too late. 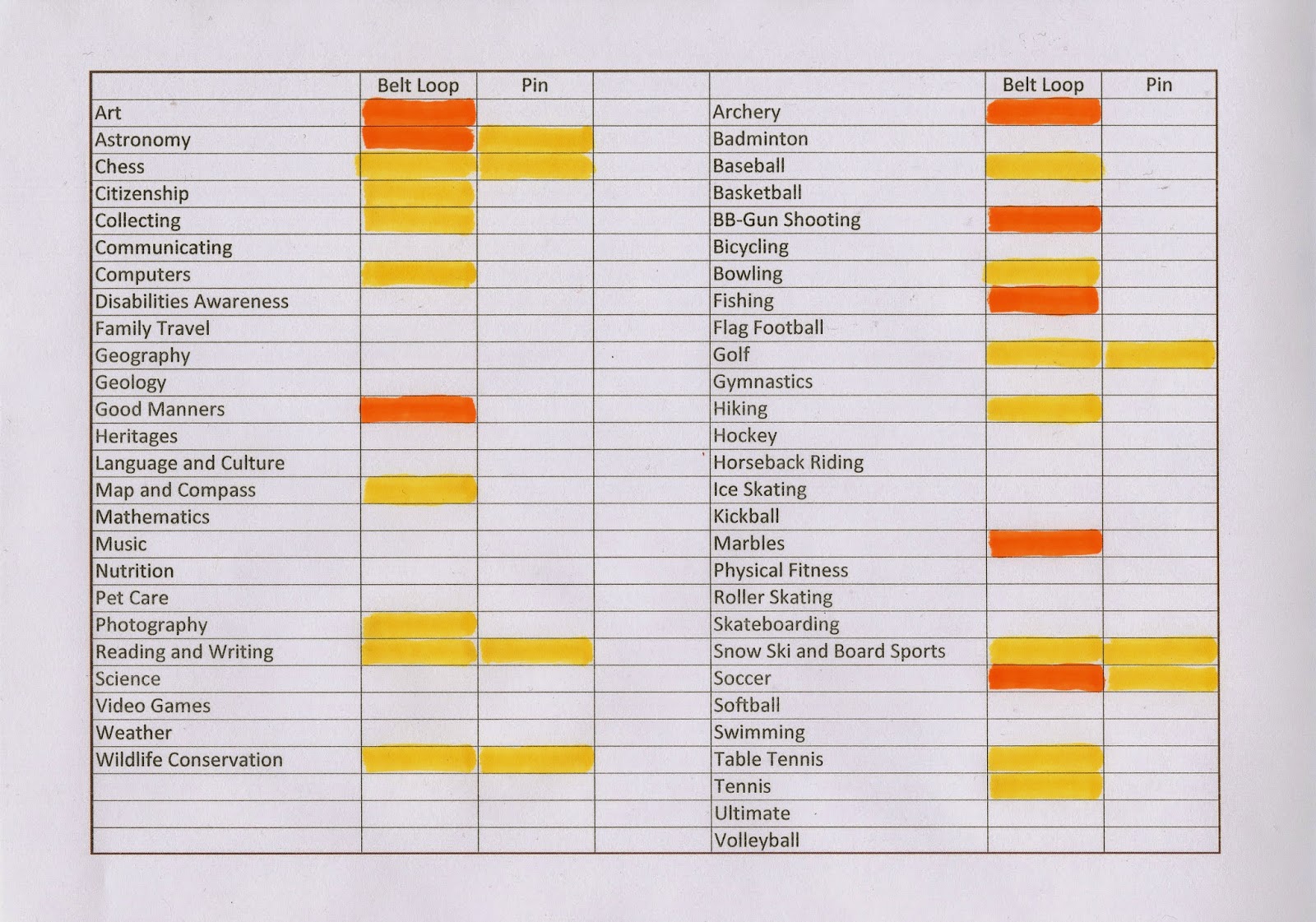 Once our chart was complete, we went through the Academic and Sports Program manual carefully, seeing what Trevor will have to do during the upcoming year to meet his goal. It's going to be challenging, REALLY challenging, but I think it might be doable if he is actually committed. He'll be earning a handful this summer from the two camps he's attending, plus his Den Leader has said that she's planning for the boys to work on several as well, so that will help. Stay tuned!
Email ThisBlogThis!Share to TwitterShare to FacebookShare to Pinterest
Labels: Cub Scouts