So, ready to hear about the trends I saw at the Craft and Hobby Association Mega Show?!

First, let me say that, while I did see some of the same color palettes, images, or product types across manufacturers, I actually felt that there was a great deal of diversity. I'd gone in thinking that I'd be seeing planners, the color gold, and journaling cards in just about every papercrafting booth. Based on sneak peeks, I knew they'd be huge. Those were definitely there, but they weren't quite as dominant as I expected. No matter what your style or taste or preferred media, it was probably represented at the show.

That said, let's look at what else I saw over and over.

If I had to pick one trend that transcended all craft genres and kept appearing over and over, it would be rainbows. From patterns on papers to stamps to displays to entire booths, rainbows were everywhere! There was even a rainbow make-and-take that I'll share in a future post. 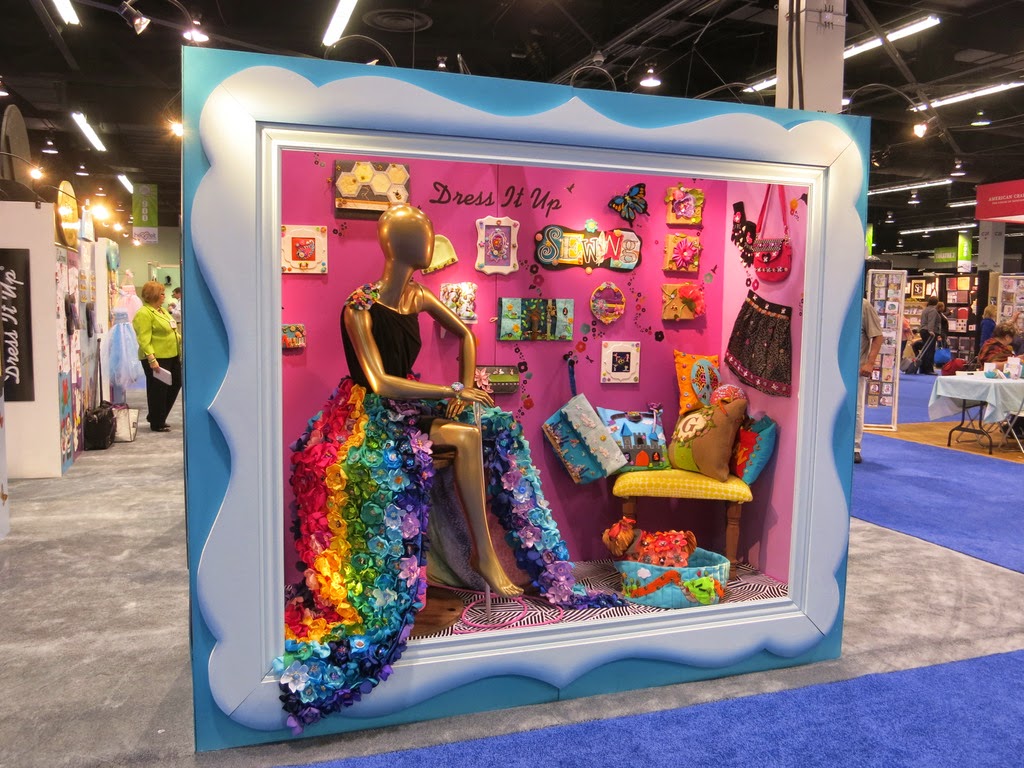 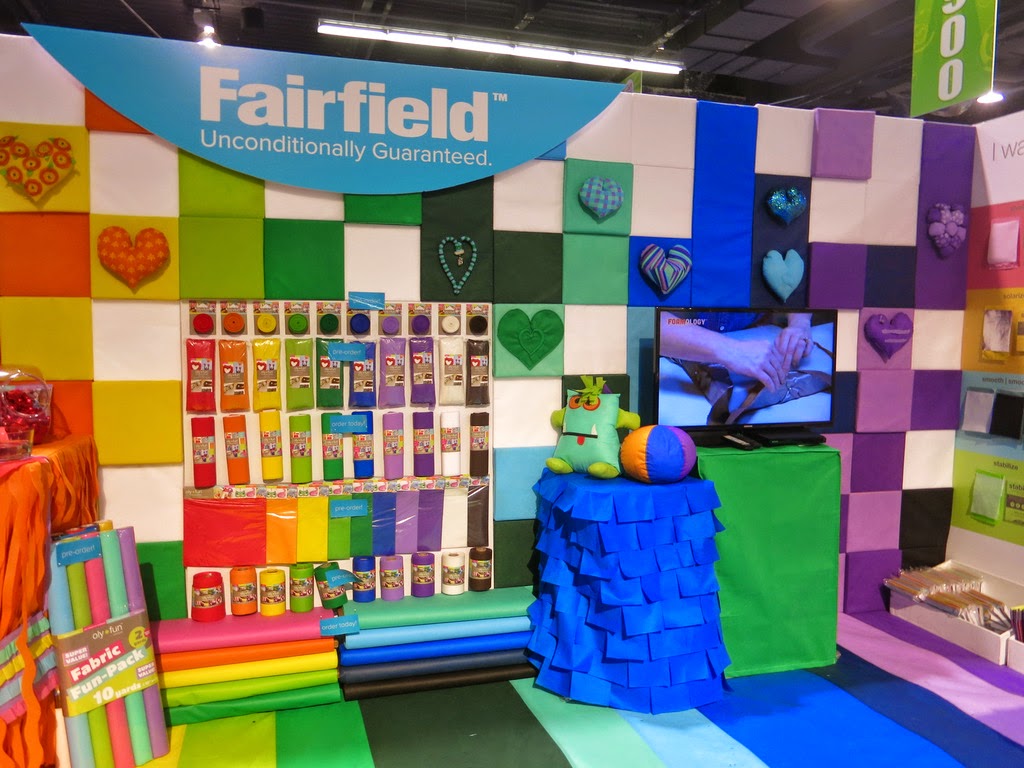 There's no question that gold is huge. Many manufacturers have paired it with some combination of mint, pink, ivory and navy, like this display by Martha Stewart Crafts. 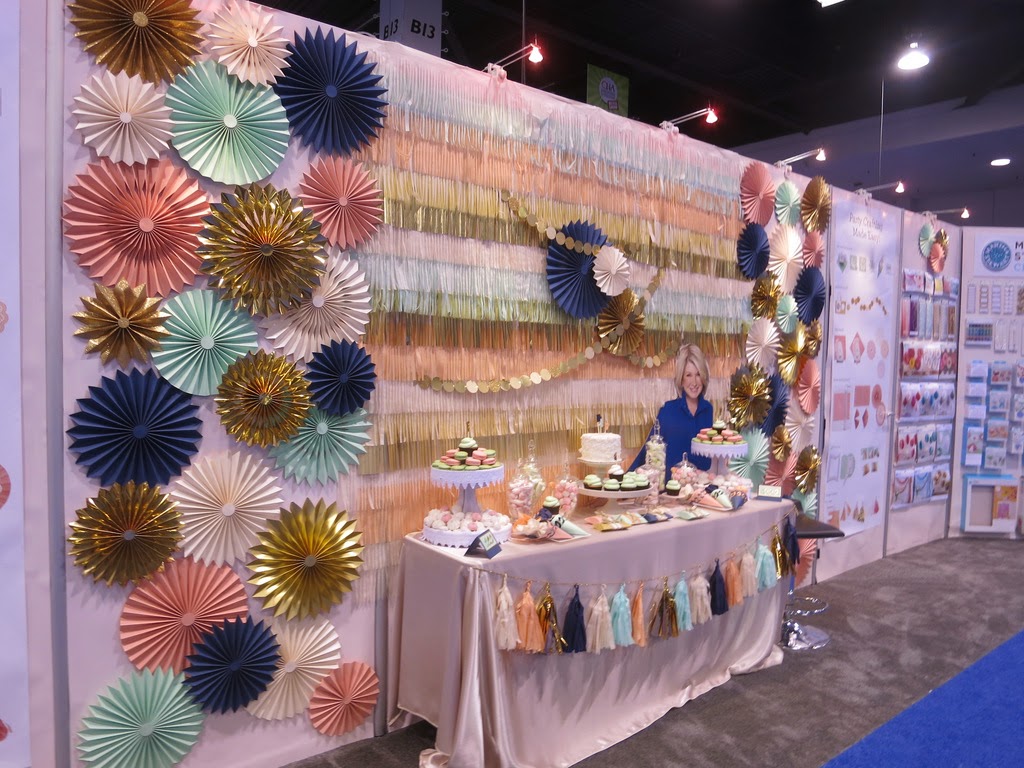 Diamonds (as in the gemstone) are still hot, hot, hot. They appeared on papers, as stamps, and in embellishment packs.

Diamonds are big, but triangles were just as well-represented. Many manufacturers were showing papers with a triangle motif or border.

Wood is still going strong. Woodgrain is appearing in many different colors and wood embellishments are as big as ever. I was very impressed with the BARC Wood products by Arc Crafts. 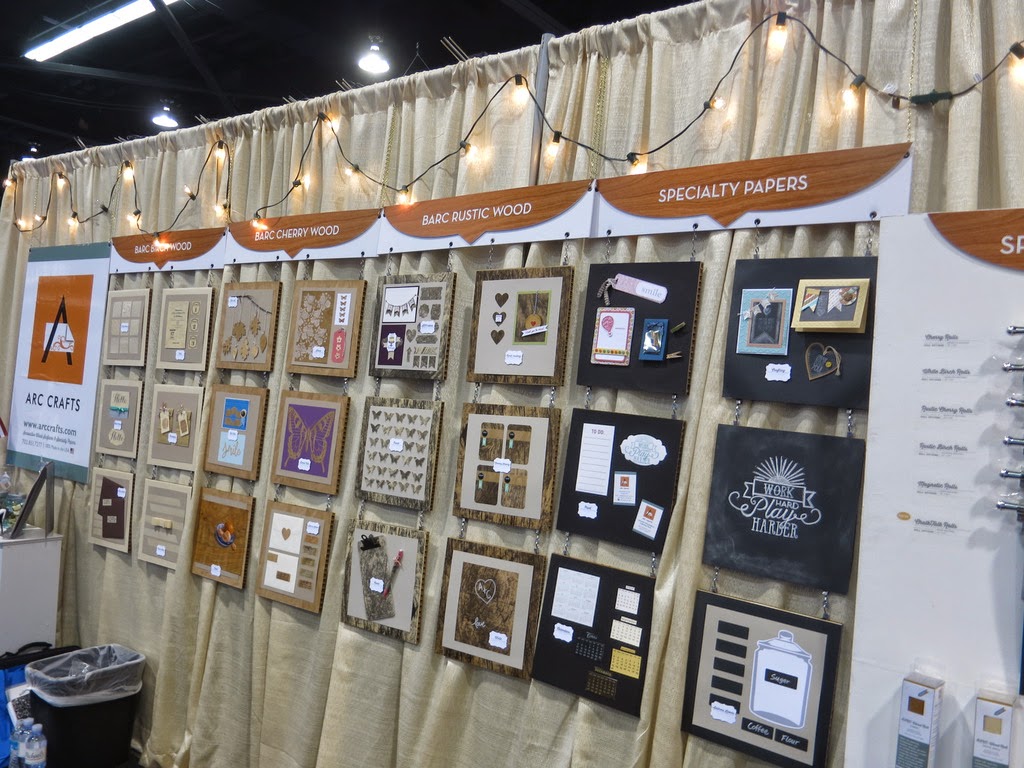 
Enamel dots have been popular for awhile as a versatile embellishment for both scrapbookers and cardmakers. Enamel is moving beyond dots into other shapes, letters, and even words. There was a lot of buzz about the cute enamel words that Chickaniddy Crafts showed. 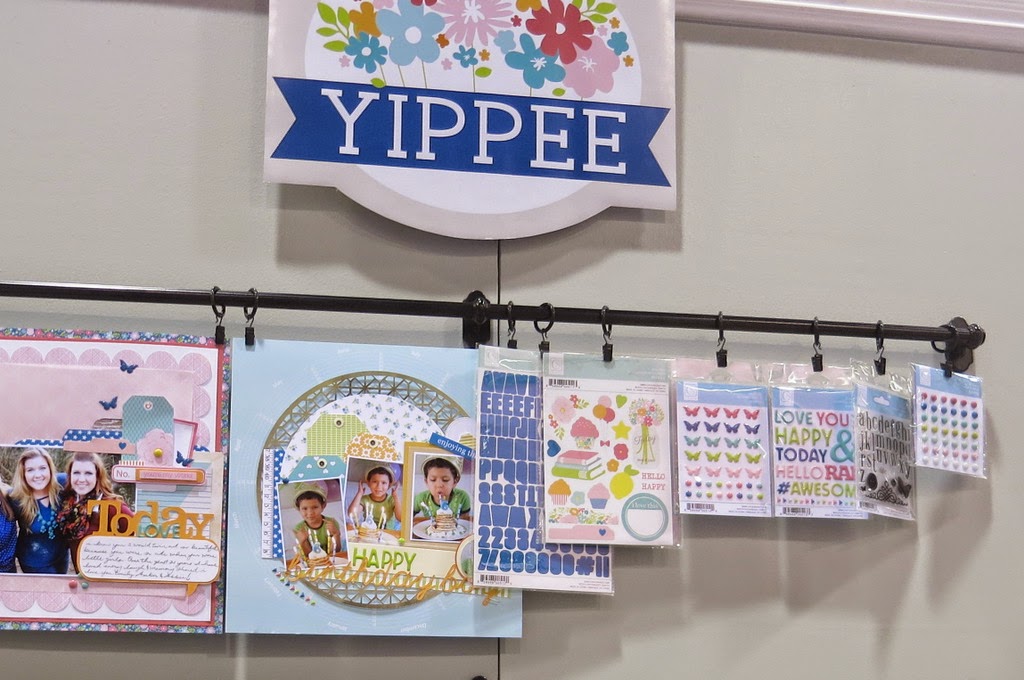 
Cupcakes may be old news in the culinary scene, but they're still popular in the papercrafting world. It makes sense, as cupcakes are timeless symbols of birthdays and celebrations. Cupcakes were everywhere, from papers to stamps to make-and-takes to booth displays.

There's been a growing trend of scrapbook manufacturers showing how their products can be used for party decor, whether it's banners or trims for a cupcake stand. More and more manufacturers are showing items like cupcake toppers, straws, and other supplies to craft a perfectly coordinated party.

Printed transparencies or overlays were big about 7 years ago. They never totally went away, but this year's version are more colorful than ever. 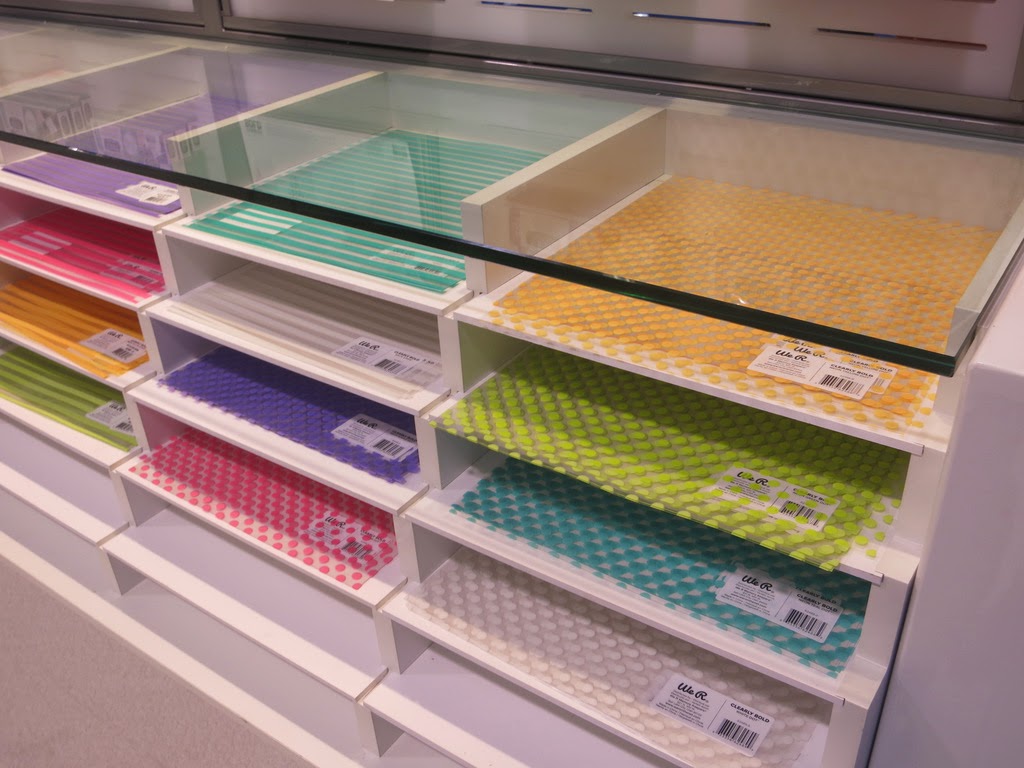 I never would have thought mushrooms were trendy, but after I'd noticed them in 3 or 4 booths I made a point to look and they were all over the place... and always red with polka dots. 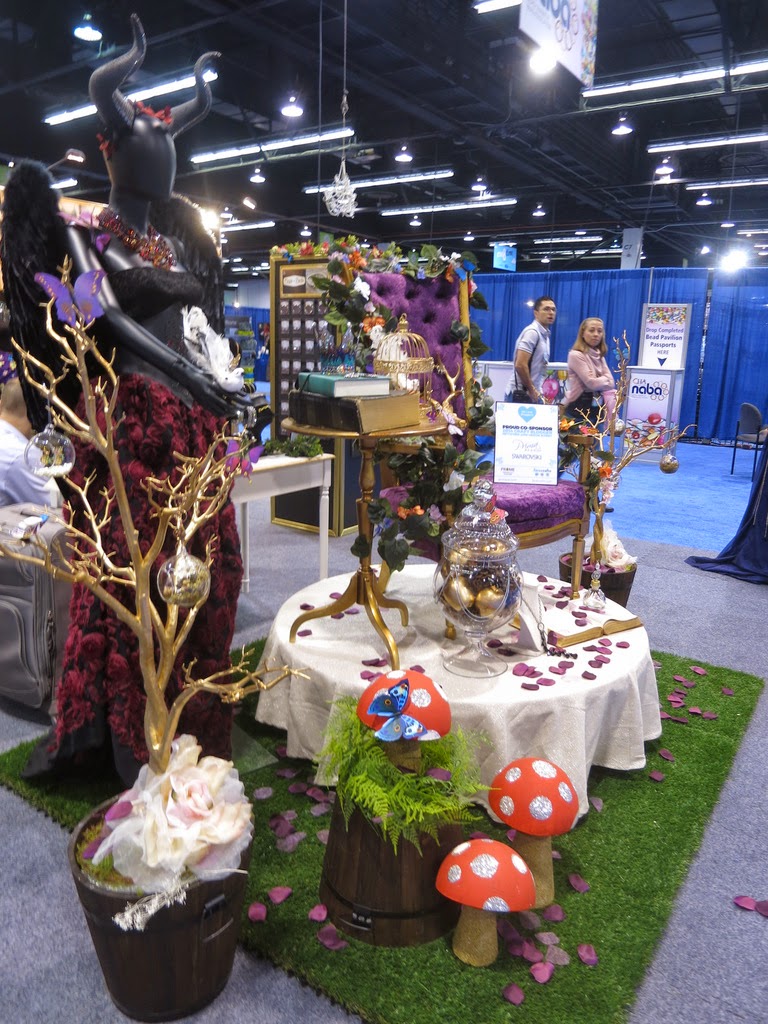 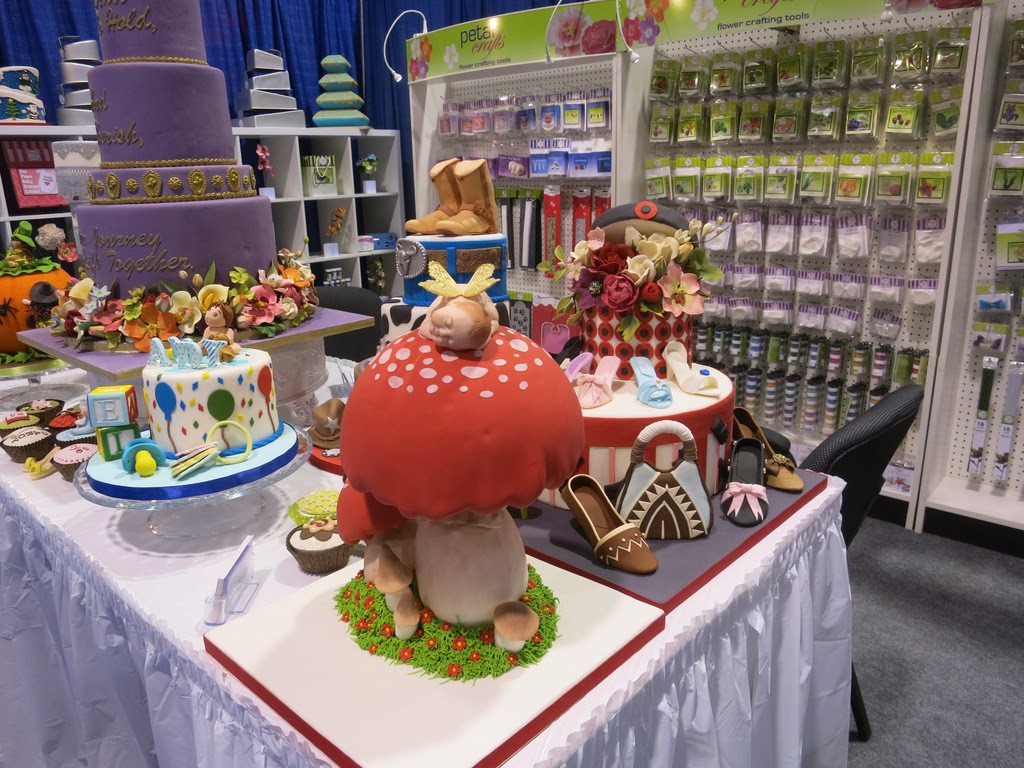 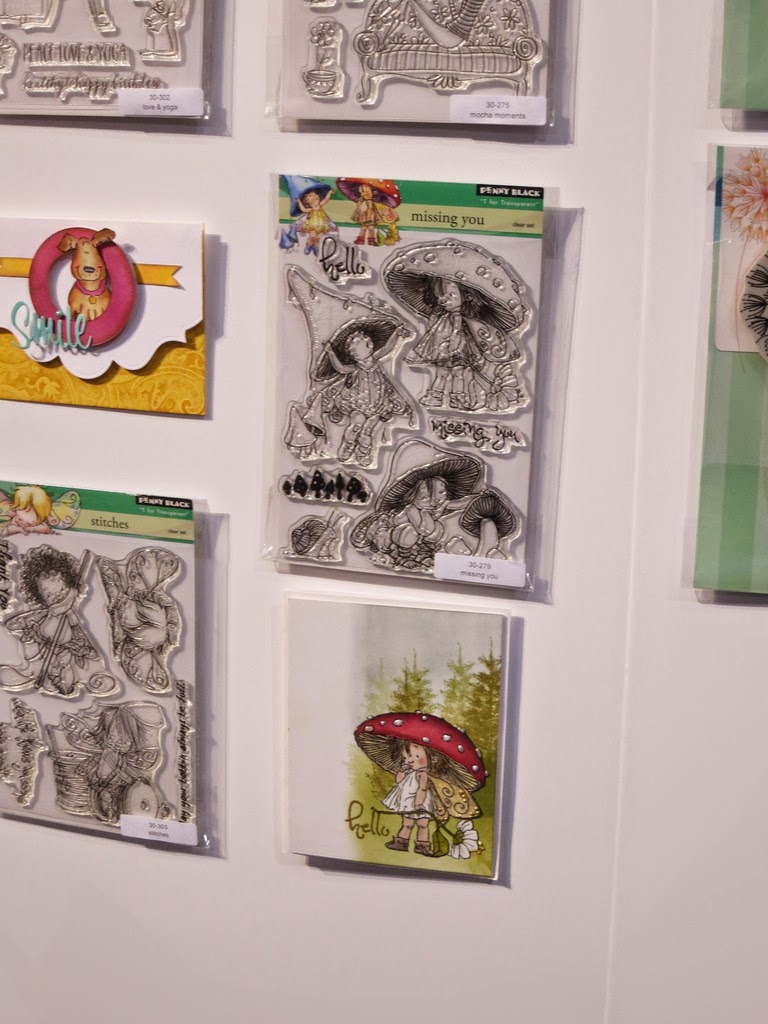 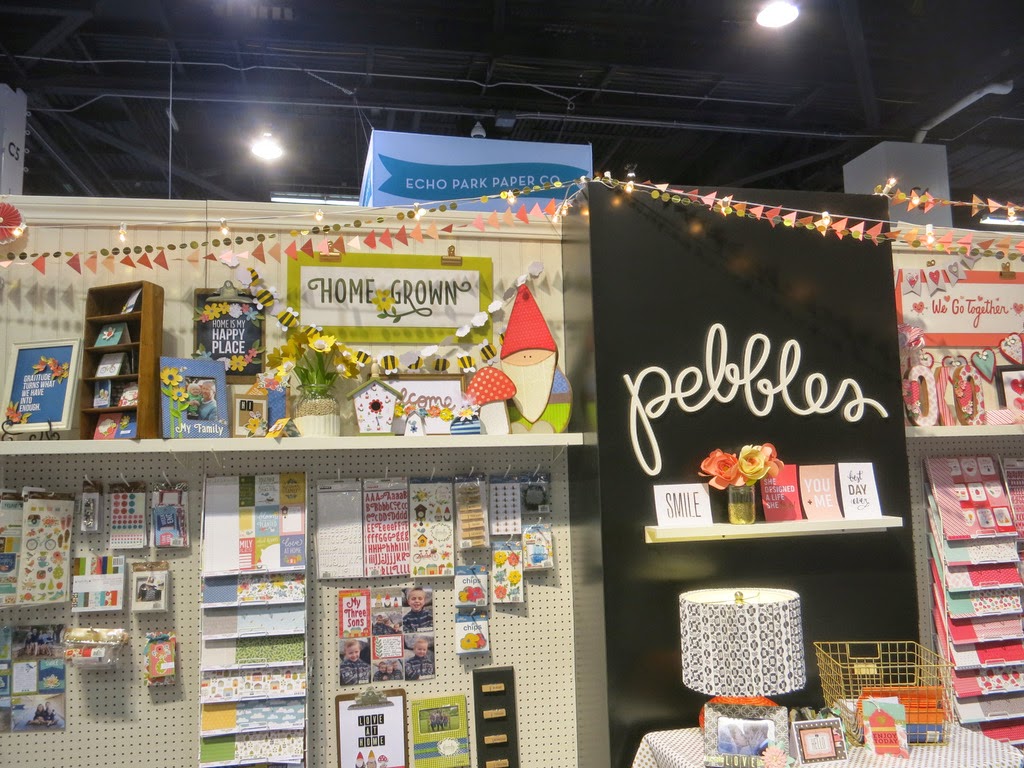 We saw these a few years ago when steampunk burst onto the scene, but now they're appearing in a more basic form. 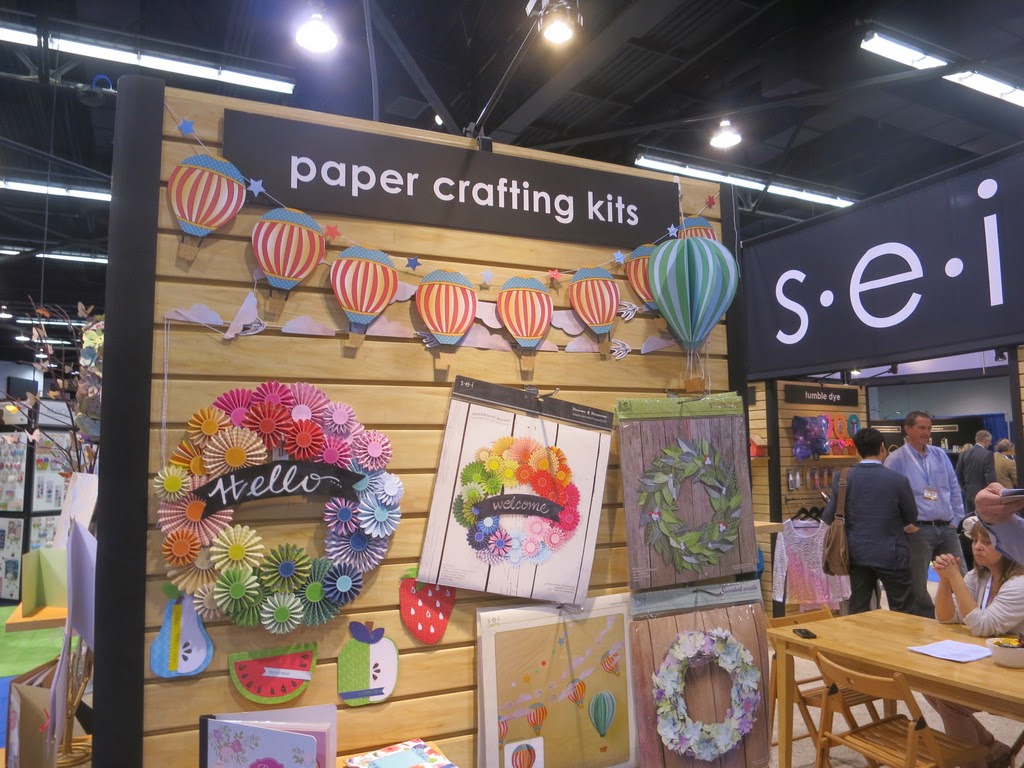 Owls certainly aren't new, but there's no question they're as hot as ever in 2015. 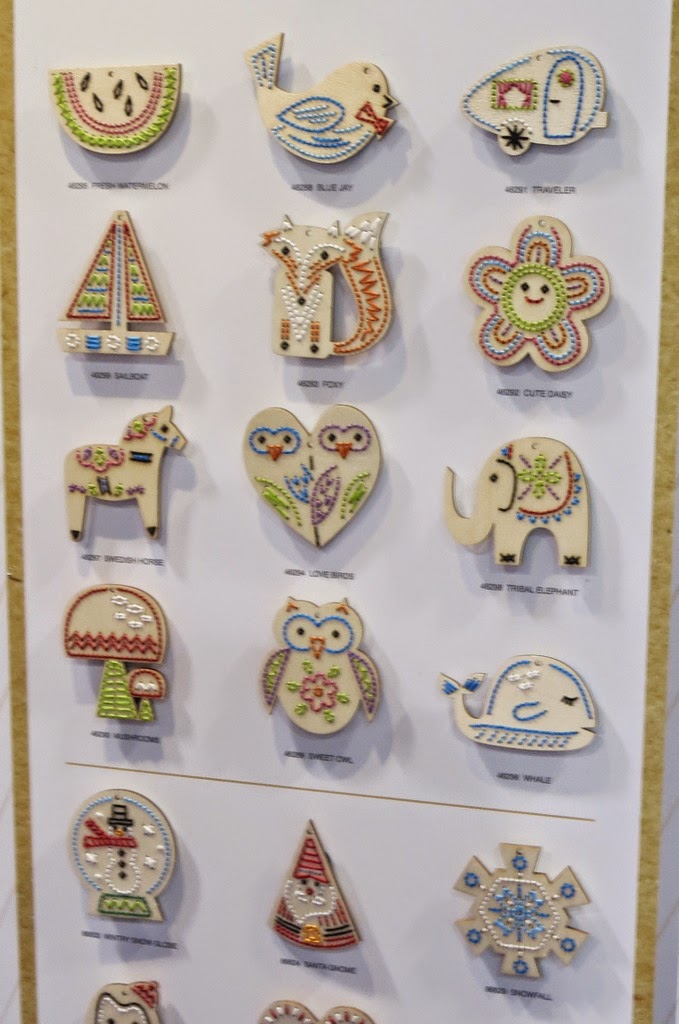 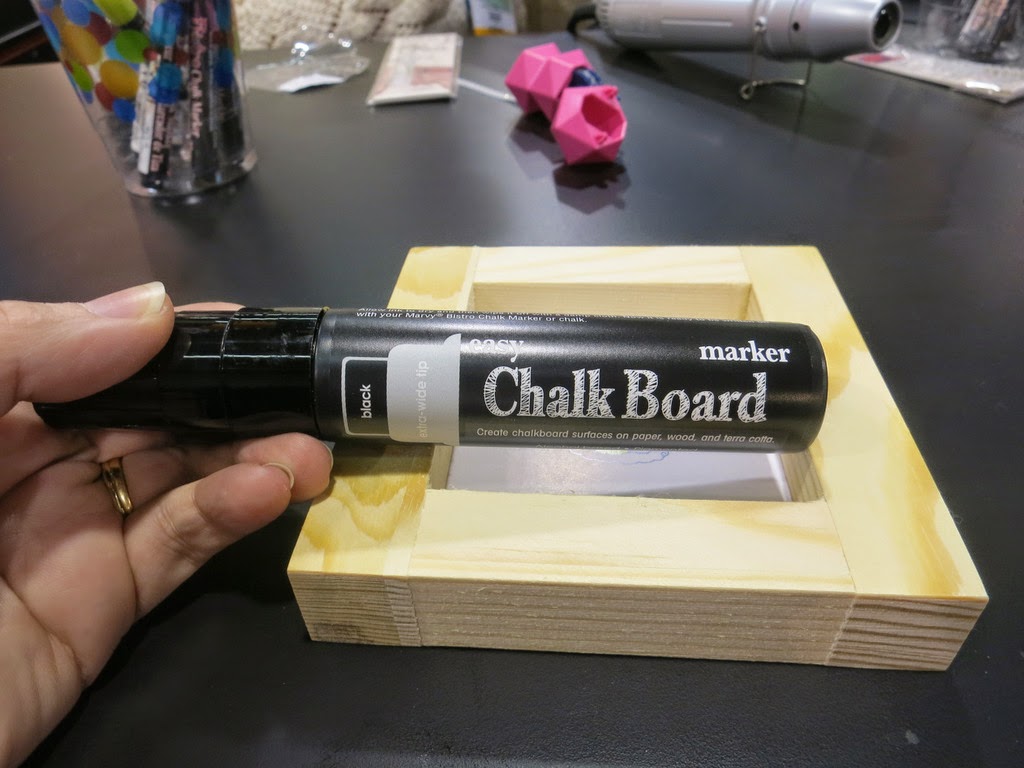 So what else is still going strong? Stencils, mixed-media, ready-to-frame wall art, burlap and canvas aren't going away any time soon.

Anything catch your eye? Any must-haves? Did I miss any major trends for 2015? Let me know! I'd love to hear your thoughts.
Email ThisBlogThis!Share to TwitterShare to FacebookShare to Pinterest
Labels: CHA 2015