Our family got back from a whirlwind New Mexico trip last week. Steve had a business trip in Santa Fe; Trevor and I flew in on the 2nd to last day of Steve's conference, then stayed through the weekend. It was a fabulous trip. 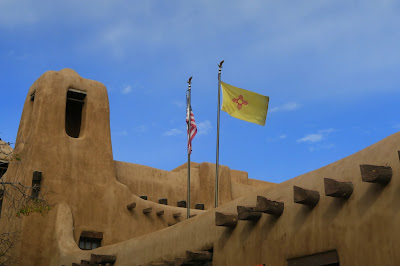 While Steve was in meetings, Trevor and I took a walking tour of Santa Fe and then visited a stop along the Chocolate Trail to try a very New Mexican treat, Red Chile Pinon Biscochitos. The biscochito is New Mexico's State Cookie. (Note to self: Petition California's legislature to adopt an official State Cookie. I'm not sure what it should be, just that we should have one too.) 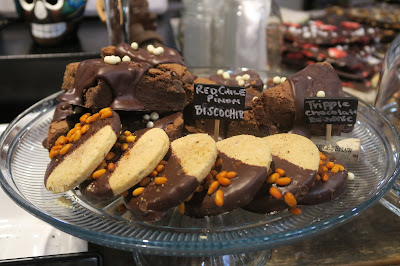 We visited the New Mexico History Museum and the Palace of the Governors, both excellent. 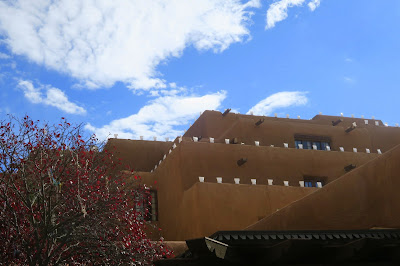 We started the next day at the State Capitol, nicknamed the Roundhouse because of its shape. 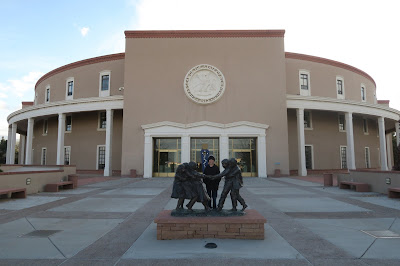 It was notable for its unique architecture, the many stunning pieces of art on display, and the refreshing lack of a need for security. 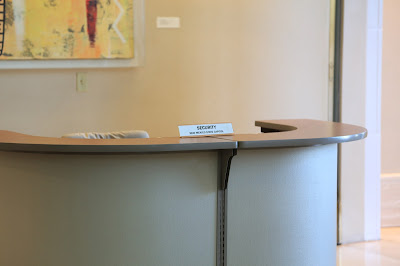 The Urban Adventure Quest started right next to the Capitol. Steve's conference had ended, so he was able to join us. Good thing, since we needed all the help we could get! Some of the the questions on this Quest were a little tricky! But the sites were beautiful. Along our way, we saw the oldest church in the United States... 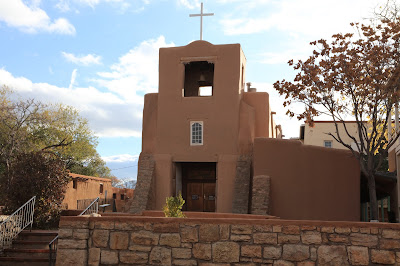 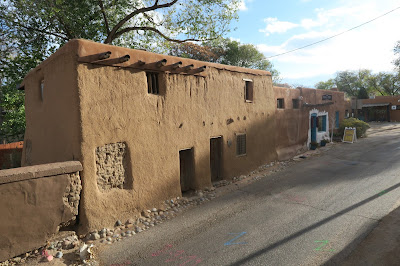 We saw a lot of beautiful and interesting public art. 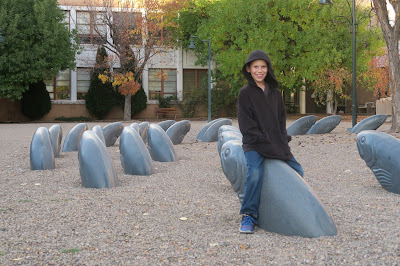 We finished with a time of 1 hr 48 minutes! You can see where we stand on the all-time leaderboard for Santa Fe. We're Team deRosier.

We rented a car, said goodbye to Santa Fe, and drove the 1 hour to Albuquerque, where we spent the rest of the weekend. We visited the New Mexico Museum of Natural History and Science, where we enjoyed a fascinating (if nauseating) show about fractals on the planetarium dome. We took a trolley tour and learned all about the neighborhoods of Albuquerque, its history, and the many TV shows and movies that have been filmed there. 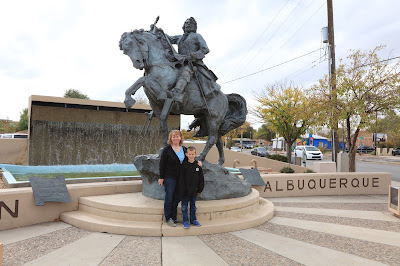 We also did the Albuquerque Urban Adventure Quest. It was so much fun! It covered the Old Town area and had us racing around inspecting murals, searching storefronts, studying maps, and solving puzzles. We worked very well together and managed to score at #1 on the Albuquerque all-time leaderboard! Hopefully we're still in 1st when you read this.

Our next stop was the Indian Pueblo Cultural Center. Wow. It was spectacular. I took tons of photos of the art on display. Trevor and I couldn't stop talking about ideas we had for art projects of our own, inspired by the Pueblo art and New Mexico in general. 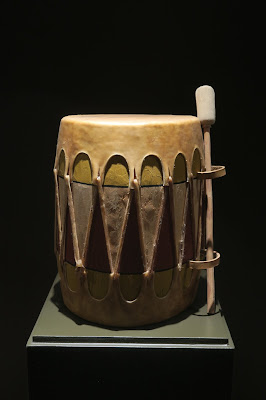 We ate dinner in the Pueblo fusion restaurant at the Cultural Center. Their Tewa Taco was fantastic and this buffalo stew was to die for. 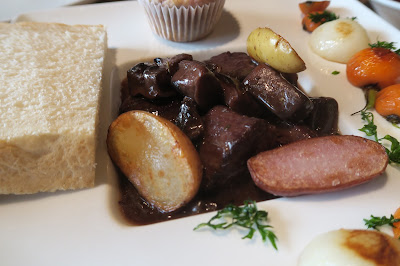 I should mention that both Santa Fe and Albuquerque are a foodie's paradise. We had amazing food everywhere we went. And pretty much everything had green and/or red chile served with it or on it. Even McDonald's had New Mexican items on the menu. We didn't eat there since we do everything we can to avoid chain restaurants when traveling, but I had to get a photo of the sign. 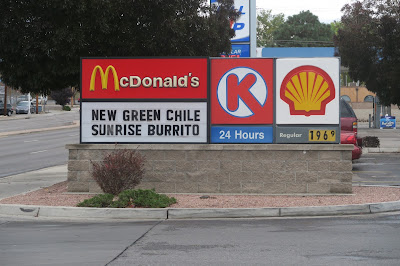 Speaking of signs, here's another unusual sign in Albuquerque. Can't say that I've ever seen an 18 MPH speed limit! Turns out it's part of Bicycle Boulevard. It runs for about 7 miles and has pavement markings, purple street signs, and the unusual speed limit, all designed to give cyclists priority on the road. 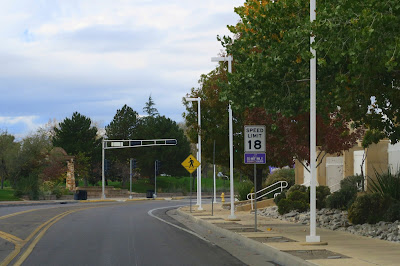 We couldn't travel to Albuquerque without driving Route 66 at night! It was pretty cool. 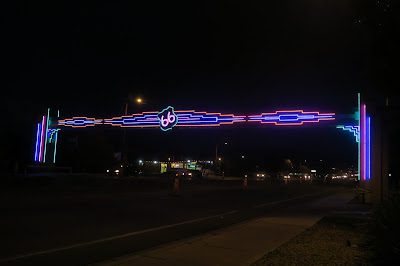 We enjoyed yummy hot dogs and tater tots from the Dog House, which is apparently prominent in Breaking Bad. (We've never seen it.) We love the neon dog, wagging its tail and eating hot dogs. 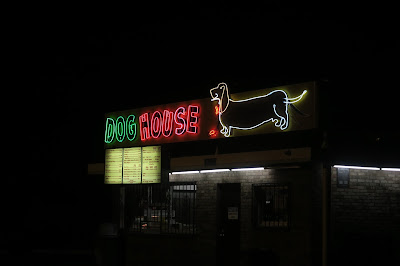 On our final morning in New Mexico, we went hiking at Petroglyph National Monument. It was an outstanding way to wrap up a great trip. 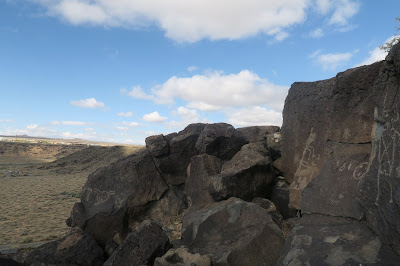 We'd highly recommend a visit to New Mexico if you've never been! And if you go, definitely try out the Urban Adventure Quests in Santa Fe and Albuquerque. Use the coupon code CREATIVELIFE for 20% off, or check their Facebook page for other promotions.

Expect to see a lot of New Mexico inspired projects from Trevor and me in the near future!
Email ThisBlogThis!Share to TwitterShare to FacebookShare to Pinterest
Labels: Albuquerque, New Mexico, Santa Fe, Urban Adventure Quest, Vacation