Top Craft Trends of 2018 as Seen at the Creativation Show

Three weeks ago, I published my prediction for craft trends in 2018. Let's look at the biggest trends from the Creativation show and see how I did!


2017 was all about cacti, hot air balloons, flamingoes, pineapple, coloring and dreamcatchers. I can say with confidence that 2018 is undoubtedly the Year of the Llama. (Or alpaca. I can't really tell them apart. I'm going with llama.) This is just a small sampling. There were llama papers, stickers, dies, stamps, and project kits. It's a good time to like llamas. 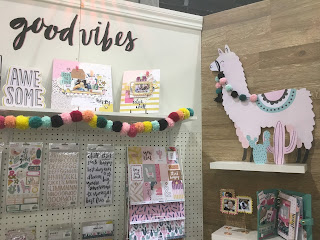 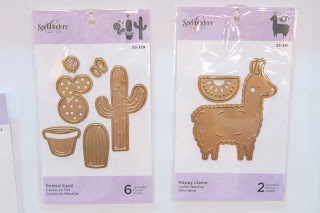 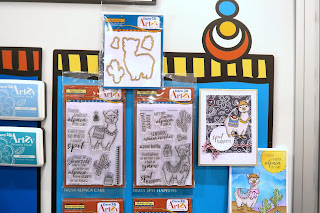 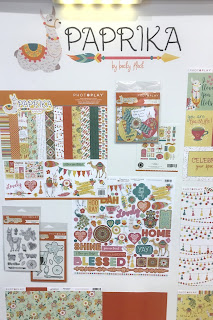 Good news if you like mermaids! Same with unicorns. They are huge right now. As often as not, they showed up side-by-side at the Creativation show. Sometimes a Unikitty was there, too! (This first photo also has a mermaid-kitty, but that's the only one I saw, while there were other unikitties out there, thanks to LEGO, I'm sure.) 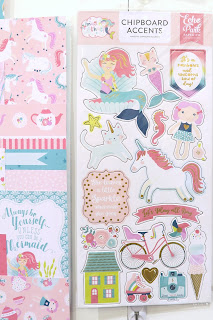 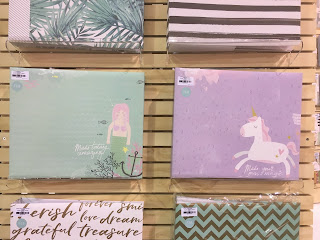 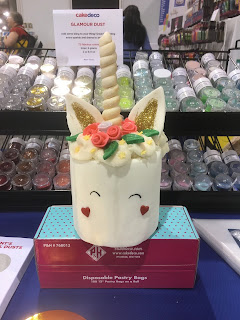 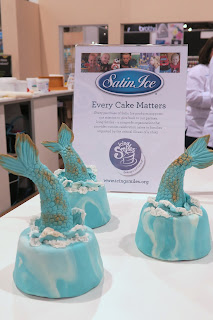 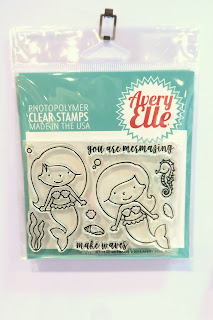 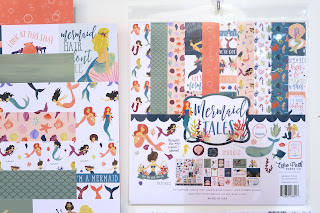 I called it! Narwhals, everywhere. You can see one in the 'Mermaid Tales' photo above, too. Apparently mermaids are friendly with narwhals, because they often appeared together. 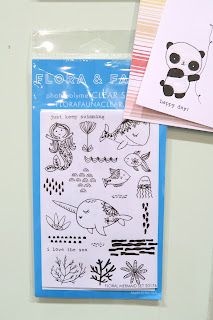 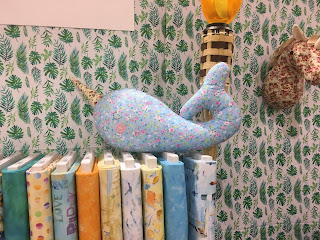 It should be no surprise to anyone that everything having to do with Dia de los Muertos is huge. 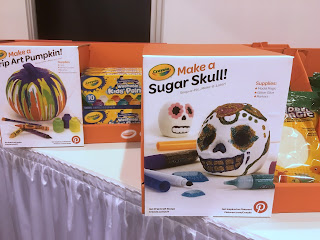 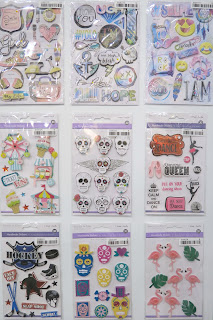 Butterflies in flight have been popular for years, but 2018 brings us butterflies used as repeating patterns. In most cases, these butterflies are flat like specimens. While I love butterflies, I prefer them to look alive and in flight. 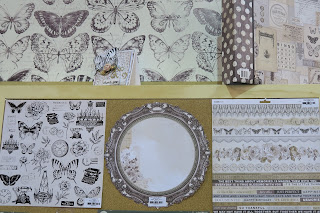 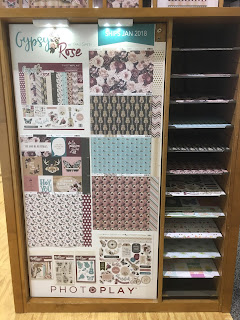 Yep. Apparently teapots go well with unicorns, which seems a little weird to me, but whatever. Echo Park has an Alice in Wonderland line with plenty of teapots, butterflies, and the vintage flowers I'd also named as a trend. 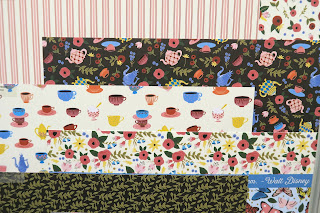 No surprise. Hand lettering, or the look of hand lettering, is everywhere. I saw quite a few dies to cut letters that look as though they're done by hand. 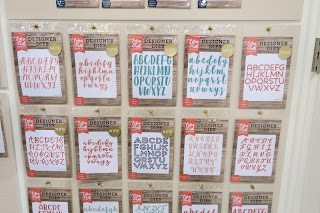 Cameras, bicycles, triangles, script, watercolors, and tropical leaves were all well-represented, as I'd predicted. I didn't see as many pennants, glasses, or plaid patterns as I'd expected, but they were definitely there.

As for colors, I did not see Ultra Violet at all. No surprise, for a variety of reasons. Nor did the pink & grey, peach, and navy colors that I saw in so many sneak peeks dominate at the show. They were there, but not enough that I'd call them a theme. I saw the word 'obsessed' on two different items. Definitely not enough to call that a trend.

Now more photos, just for fun. First up, a paper with Unikitty, plaid, a llama, glasses, vintage flowers, a bicycle and a flat butterfly (with a bonus ostrich). 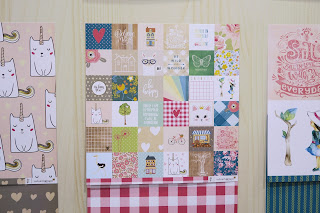 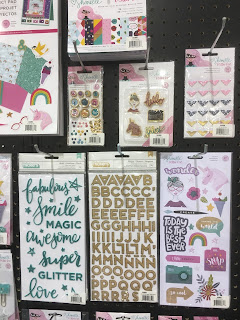 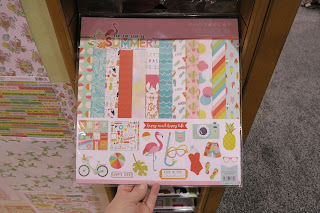 One of three sloths I saw, along with a llama and a mermaid. (And a BUNNY!) 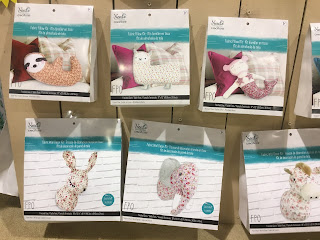 Mermaid, camel (quite a few of those as well), seahorse (another friend of the mermaid), pineapple, llama, palm tree, unicorn, flamingo, mason jar, swan. 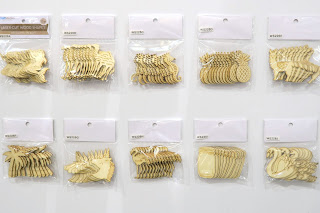 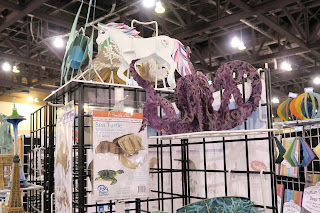 There were a lot of octopi too. 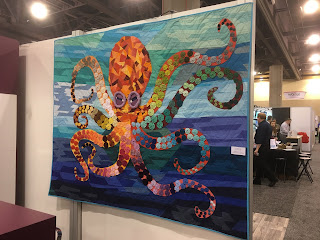 So there you have it! Any trends you're loving? Anything you'll avoid?

Usually I do a separate post about the neat products and/or the things on my wishlist following Creativation. This year, I put them on a Pinterest board. Check it out!
Email ThisBlogThis!Share to TwitterShare to FacebookShare to Pinterest
Labels: Creativation 2018