Our latest virtual trip through Little Passports took us to Minnesota, another state we have not yet visited in person. As always, we learned so much! Right from the start, we found out that The Land of 10,000 Lakes actually has more than 11,800 lakes! 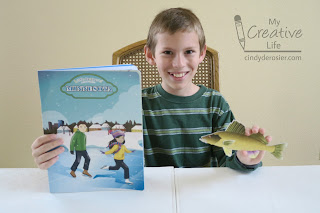 Trevor started by making the model of the walleye, the state fish. I love that it stands up on its own. 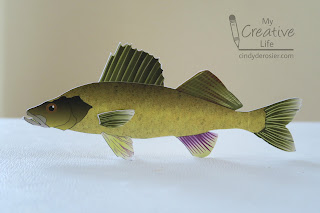 Next, we did a map activity about important sites in the Twin Cities area. We are both particularly interested in visiting the Minneapolis Sculpture Garden someday and seeing the famous Spoonbridge and Cherry in person. We both assumed that when we do visit, it will be during the summer. But then we read all about the St. Paul Winter Carnival and started considering a winter visit to see the giant ice palace. Is it crazy to visit Minnesota during the winter? Probably!

After completing a graphing activity about the ice palace, Trevor moved on to a science experiment about melting ice. Put an ice cube in a glass of water. Lower a piece of string onto the ice cube. Wait a minute, then lift the ends of the string. Nothing happens. But when you lower the string onto the ice cube, sprinkle a little salt on top, and wait a minute.... you're able to lift the ice cube up out of the water! Why? Because salt lowers the freezing temperature of water, which melts the layer of ice beneath the string. As the salt dissolves, the water's freezing temperature rises and a fresh layer of ice forms above the string! Science is awesome. 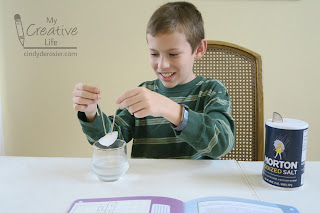 The art activity in the Minnesota State Journal is also about ice. Trevor filled an empty milk carton halfway with water and left it horizontally in the freezer for two days. Then he tore the carton off and put the block of ice on a sheet pan. He sprinkled salt on top and added drops of food color. 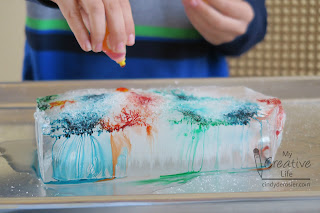 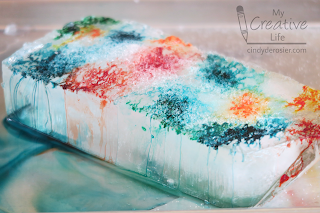 The results were beautiful! But alas, it didn't take long at all for the ice to melt. And it wouldn't have helped much to do the activity outdoors, as it's been in the 60's! (Would I survive if I traveled to Minnesota in the winter? I don't even own a warm coat.) 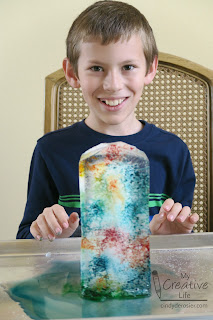 We read about the famous events in Minnesota history, along with some fun facts. I would not have guessed that water skis and rollerblades were both invented in Minnesota (1922 and 1980, respectively). Interesting!

Reading about the Mall of America reminded me of a student of mine from back in the day. For her 11th birthday, her parents gave her what she wanted most: a trip to the Mall of America. They flew to Minneapolis, drove to the mall, spent 6 hours there, flew home, and she was back in school on time on Monday morning. They didn't see or do anything else during the trip. I cannot wrap my brain around that. When I visit a place, I want to SEE it. Not to mention, it is torture for me to spend more hours getting somewhere than the time I have there once I arrive. I won't even do that in a car. If I drive an hour somewhere, I am spending AT LEAST two hours at the destination before turning around and driving an hour back.

Next we read about F. Scott Fitzgerald and responded to prompts about two of his most famous sayings. Then we searched for words hidden in a drawing of a frozen lake (more ice- I'm sensing a theme). Those words went into a story about Minnesota's lakes. An activity about Paul Bunyan had us carefully looking for differences between two illustrations. Trevor solved the maze activity about western Minnesota's prairies.

Our final activity was cooking lefse, a traditional Norwegian flatbread. It was a bit tricky getting the consistency and size right, but we eventually figured it out and enjoyed the tasty potato pancakes. I'd like to try authentic ones now to compare with how ours turned out! 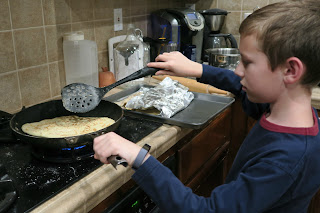 As always, we had a great time working our way through this Little Passports journal. If you have a child in your life, I highly recommend Little Passport subscriptions, including Early Explorers (age 3-5), World Edition (age 6-10), USA Edition (age 7-12), and Science Expeditions (age 9+), as well as their many stand-alone products.