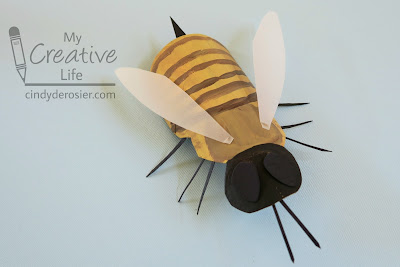 Each of them has named the honey bee as their state insect! (Well, technically, the honey bee is the State Agricultural Insect of Tennessee, which apparently loves insects so much that it has four different official state insects.) What these 12 states lack in originality, they certainly make up for in non-controversial decision-making. Just about everyone can agree that the honey bee is critical to agriculture and a good insect to have around. (Apparently, however, people cannot agree whether to spell it honeybee or honey bee. I am convinced by this argument and will henceforth include the space.)

Learn how to make your own honey bee using a cardboard tube!

Cut the cardboard tube in half. You will only need one piece. 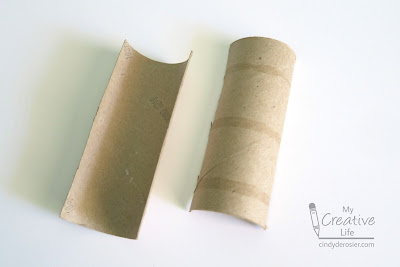 Shape the tube so that the bee has three distinct body parts... sort of like a snowman! (Disregard the penny- I thought I'd need it for counterbalance and didn't take a photo without it.) 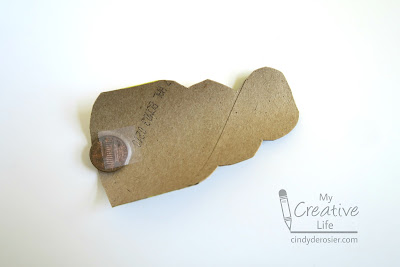 Paint the bee with a base coat of yellow. Go over the head area with black. Blend some black with yellow and use it to paint the top of the thorax. Use the same mix to add stripes to the abdomen. 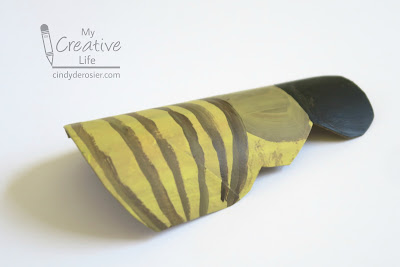 Cut a stinger from cardstock and glue it in place. Cut a pair of wings from the vellum. Make a tiny fold at the narrow ends of each wing and glue just that part to the thorax. 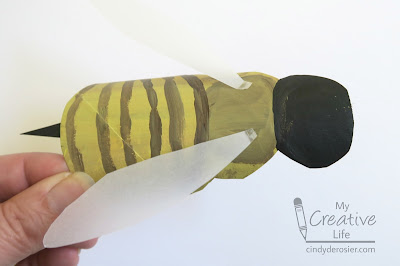 Cut eight small strips of black cardstock. Two are antennae and six are legs. Glue the antennae to the head and the legs in pairs along the thorax. The hind legs should be where the thorax and abdomen meet. 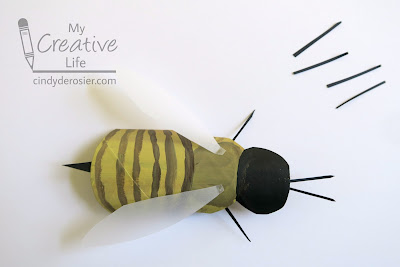 Finally, cut two large ovals for the honey bee's eyes. Glue them to the head. That's all there is to it! 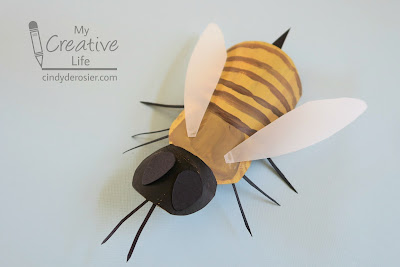 If you live in one of the 12 states with the honey bee as your state insect, it's a no-brainer that this is the perfect project to do with the kids, whether they're your children, grandchildren, students, etc. But no matter where you are, kids will enjoy making a honey bee craft and learning more about this useful and fascinating insect.