Trevor and I are now 35/50 of the way through the Little Passports USA Edition and enjoying it just as much as when we started! Our most recent virtual trip took us to a state I've visited in person, but Trevor has not: Illinois. We started by learning about four of Chicago's skyscrapers and building a model of Chicago's skyline. Someday I want to take Trevor to Willis Tower. I went to the top in 1988, when it was Sears Tower and the tallest building in the world. They didn't have those glass boxes sticking out from the 103rd floor back then. I *think* Trevor and I would be OK stepping into them, but I know for sure that Steve would NOT be joining us!

Next, we worked on the craft - an origami baseball jersey. Chicago has two baseball teams, so Trevor made one team's jersey and I made the other. Continue on to learn how to make your own! 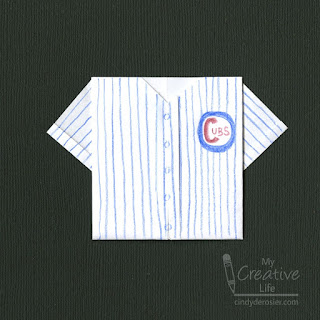 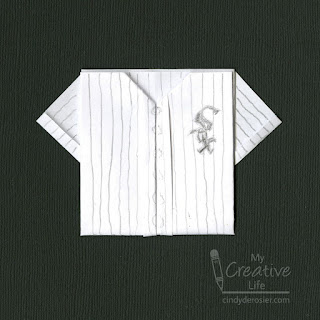 Fold the paper in half horizontally, open it up, and then fold it in half vertically. Use the ruler to fold just the very edge of each side inward. Make sure to crease the folds well. 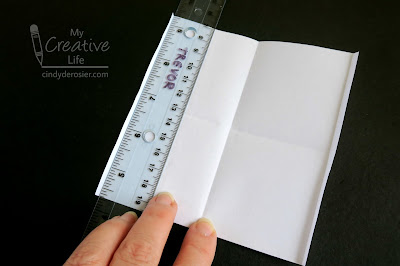 Turn the paper over. Fold each side in so that they meet at the middle fold line. 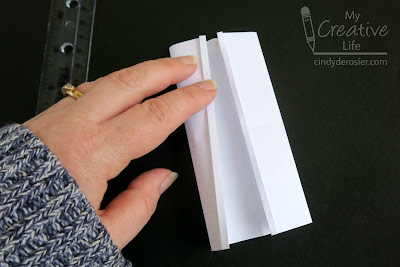 Fold the bottom half of each side outward to make a triangle, as shown below. 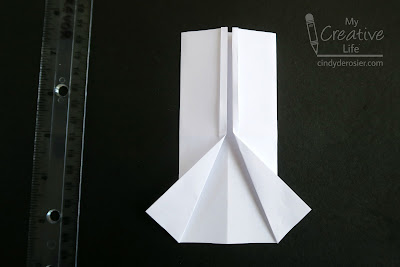 Fold the triangles you just created backwards along the fold line that's already there. 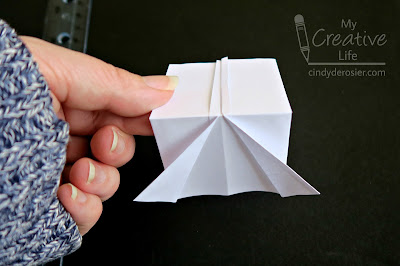 Fold in the top corners of the jersey to create a v-neck collar. Now it's ready to decorate! To make the Cubs jersey, draw a blue circle on the player's left. In red, add a large C inside the circle, then add a smaller UBS next to the C. With the blue pencil, draw buttons down the placket. Finally, use the ruler to add vertical stripes. 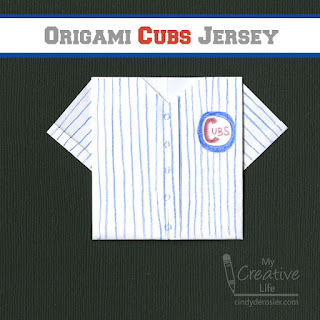 Here's Trevor decorating the White Sox jersey. He used a regular pencil, but you may prefer a black colored pencil. 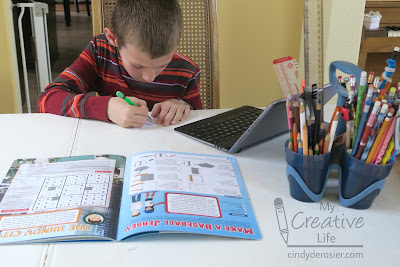 Draw the Sox logo on the player's left. Add buttons down the placket. Finally, use the ruler to add vertical stripes. 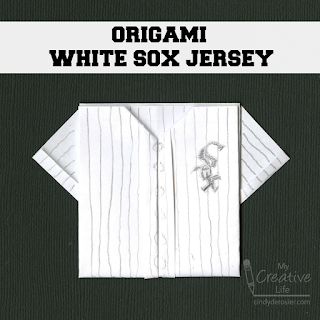 Obviously, you could decorate your jersey with whatever team you like. We live in the Bay Area, where the Giants and A's are the hometown favorites.

Our next activity in the Little Passports State Journal was a Sodoku puzzle that taught us fun facts about Chicago. We solved a logic puzzle inspired by the Cahokia Mounds in Collinsville, Illinois, believed to be one of the first Native American cities. We read about the Mazon Creek fossils, including the Tully Monster, first discovered in 1958 and now the state fossil. Speaking of the state fossil, the next activity was a hidden picture puzzle featuring Illinois' other state symbols. I love that the official Illinois State Snack Food is popcorn (and I love that they have an official snack food!).

Trevor did a dot-to-dot about President Abraham Lincoln (who spent many years living in Illinois and is buried in Springfield). Then we learned that Ronald Reagan was born and raised in Illinois. There are a lot of places in the state that celebrate his life. We did a clever overlapping word search, then inserted the words we found into a story about Reagan's life.

We read all about the important events in Illinois history, looked over the timeline, and then solved a puzzle about the Route 66 attractions in Illinois. And then it was time to cook. The recipe? Deep-dish pizza! YUM! 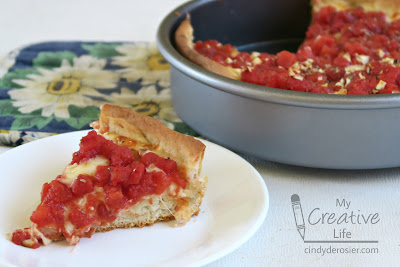 We had such a good time on our virtual journey through The Prairie State and I look forward to eventually taking Trevor there. Thanks again, Little Passports!