This is my sixth post about our family's first trip to Europe. You can find the first post from this trip here and links to all the educational US travel we have done here.

On Thursday, April 11 we docked in Gibraltar. We had another early start, this time in a small bus. Our driver expertly drove us up, up, up on the Rock of Gibraltar. The views were outstanding. 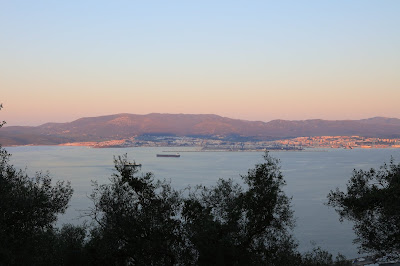 The Rock is home to a sizable nature reserve, most famous for the Barbary macaques that live there. They are the only wild monkey population in Europe. We weren't guaranteed any sightings, as the monkeys come and go as they please, but we spotted plenty. Most were in the trees because it was early in the day, but this one was out and about. 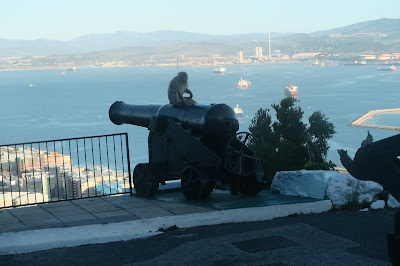 After a few minutes of monkey-watching, we entered St. Michael's Cave. The cave has a long and interesting history, but now is used as a theater. There are seats for 600. 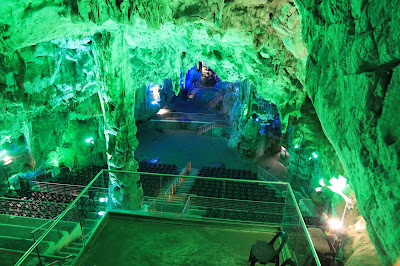 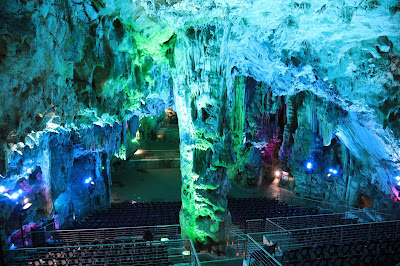 I can only imagine how incredible it would be to experience a concert here. Bucket-list level of cool, I'm guessing. 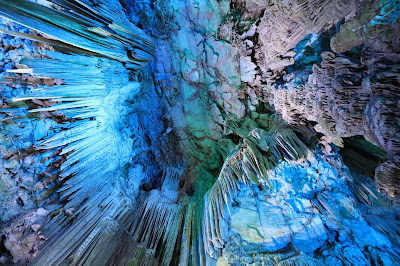 Most of the color you see is do to colored lights, but not all. There is phosphorescent material along the cave walls too. 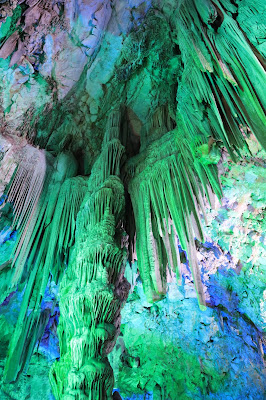 From the caves, we made our way further up the Rock. 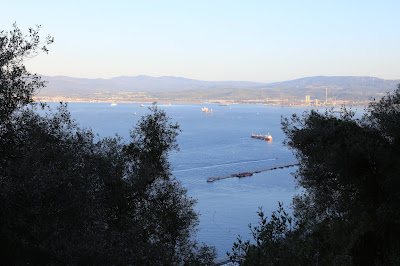 Check out the view. That's the airport cutting through the center, with the border between Gibraltar and Spain just beyond it. 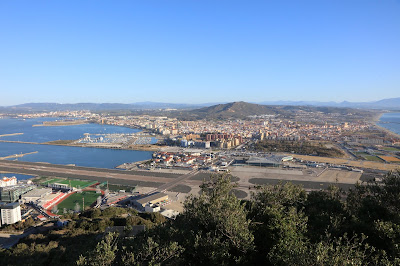 Here's a closer look. Foreground, Gibraltar. Background, Spain. Apparently, crossing the border in a car is such a nuisance that thousands cross via foot or bicycle each day. But this is nothing compared to the nuisance when the border was shut down for 16 years. Things are better, but one gets the sense that Gibraltar and Spain still have some issues to work out between them. 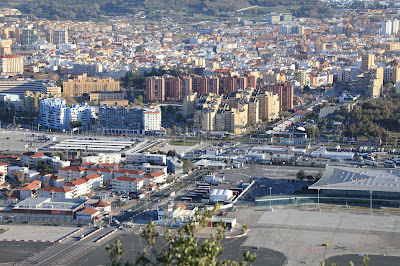 There's our ship, the Sapphire Princess. 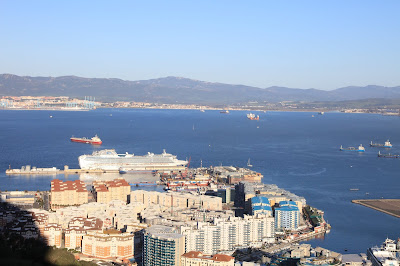 The next part of our tour took us to explore the tunnels of Gibraltar. There are approximately 34 miles of tunnels, built over 200 years, mostly by the British army. The tunnels could accommodate more than 16,000 men and all of the supplies needed in case of a prolonged siege. Impressive! 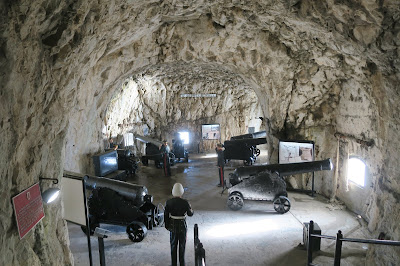 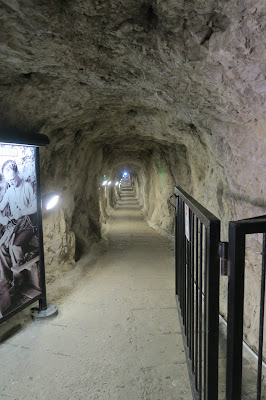 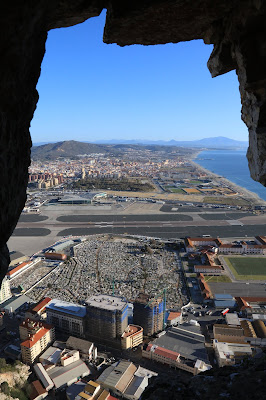 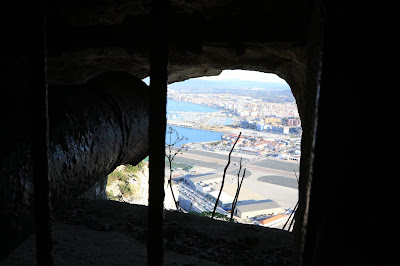 We came down off the Rock and back to sea level. We spent some time exploring Gibraltar. 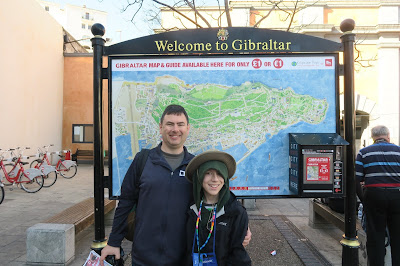 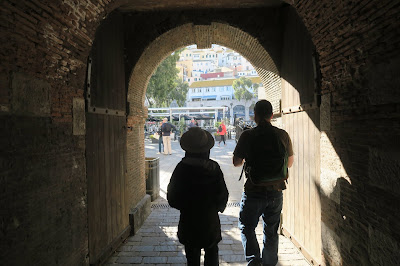 We strolled, poked into shops, read signs, and talked about the similarities and differences between the parts of Europe we'd seen so far. Then we took a leisurely walk back toward our ship. 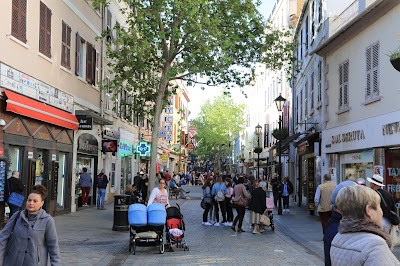 I mentioned in my first post about this trip that it was a gift from my parents to celebrate my nephew's graduation. Timothy selected this cruise, but had originally hoped to find an itinerary that included a stop at an African port. For a variety of reasons, that wasn't possible, but we did get really close. We were less than 8 miles away from Morocco when I took this photo. So close, and yet so far. 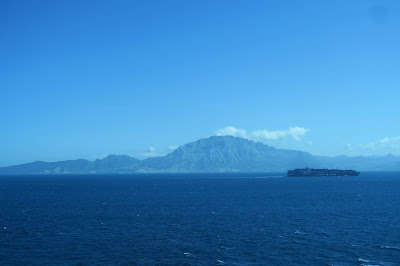 I'll be back on Monday with the next post about this incredible European adventure. In the meantime, I wanted to wish all of my crafty friends a happy National Scrapbook Day! Tomorrow is the big day, and I plan to scrap up a storm and complete as many challenges as possible. I'll be sharing all the pages I make after I wrap up blogging about this trip.
Email ThisBlogThis!Share to TwitterShare to FacebookShare to Pinterest
Labels: Europe, Gibraltar, Steve, Trevor