Have you ever tried making a Folded Surprise animal? They're totally a thing and they're awesome. I think the fish is the original, but I've seen many clever interpretations. Basically, the folded artwork looks like a benign animal, but when you unfold the paper, there's a surprise inside. 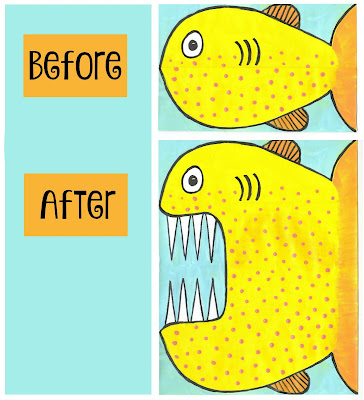 You can make these as large or small as you want, using whatever art materials you'd like to add color. I painted mine, which made it easy to blend some fun colors. Affiliate links below.

Fold the paper in half to make a valley. Keeping the paper folded, fold each side down, making two mountains. 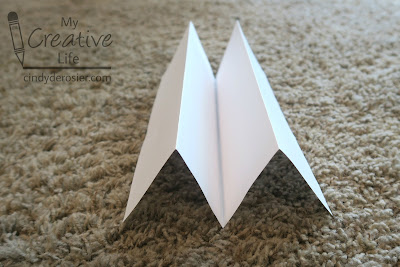 Flatten the paper so that the two mountains touch. The valley portion will be hidden in the back. Draw an animal on the folded paper. 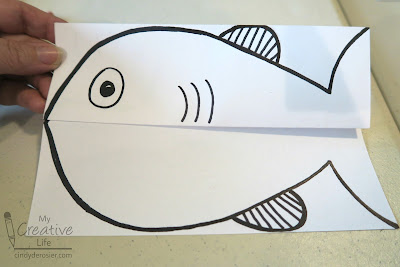 Open up the paper. Using the lines you've already drawn, create the hidden portion of the animal. (You can tell I took these pictures out of order, because I have the eyeball and gills in the photo above. I'd forgotten to take a picture of the folded fish.) 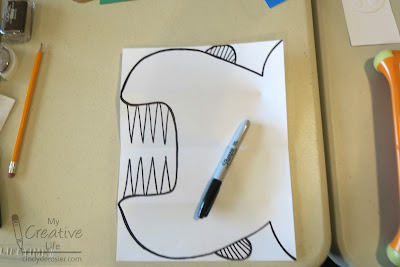 Now paint your artwork! I only used three colors. The orange comes from blending Daffodil Yellow and Fire Coral. I made the polka dots with the handle of a paintbrush. 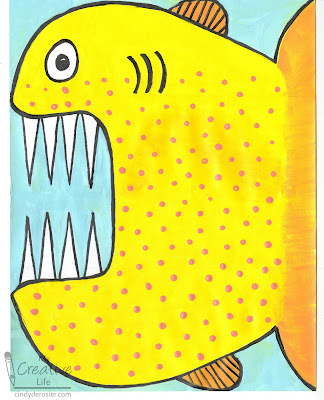 Don't fold your painted fish until it is completely dry. 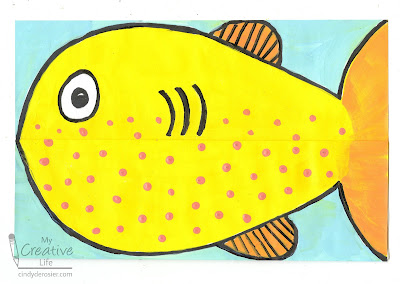 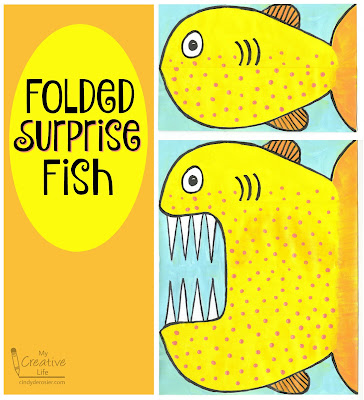