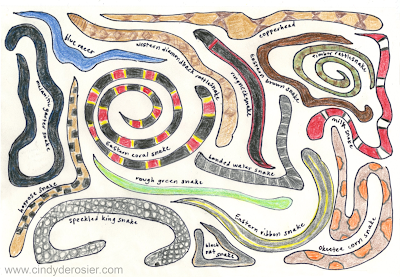 I was doodling mindlessly during a Zoom meeting. When the meeting ended, I realized I'd inadvertently doodled a bunch of snakes. 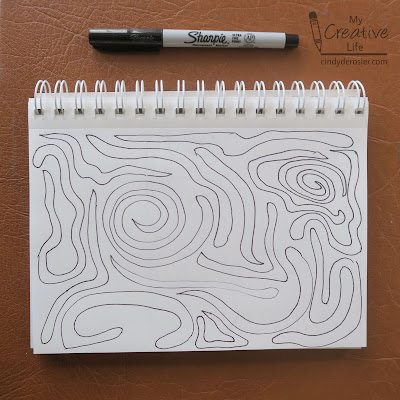 So I decided to color them in. But rather than coloring randomly, I decided to do my best to color them realistically, using only species found in the US. I hadn't draw heads or tails (since I didn't realize I was doodling snakes) so I just focused on the patterns. I grabbed the fish box and the iPad and started researching, coloring as I went. 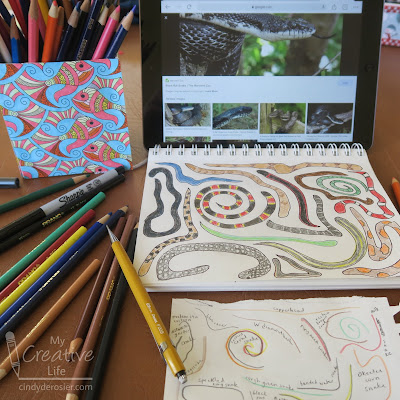 As you can see in the photo, I used a scratch piece of paper to remind myself of the name of each species. Then when I was done coloring, I used the Sharpie to write the names along each snake.

Another craft for my growing Reptiles and Amphibians page!
Email ThisBlogThis!Share to TwitterShare to FacebookShare to Pinterest
Labels: Crafts for Kids, reptile, snake