TREVOR (14) is working at his computer.  CINDY (49) is at the kitchen island. She uses a knife to cut slices of havarti into clouds and places them on a blue plate. She arranges a slice of bologna on top, separates string cheese into four thin strings and places them below the bologna, and adds a Triscuit at the bottom. She shows it to TREVOR, who is trying to complete his homework. 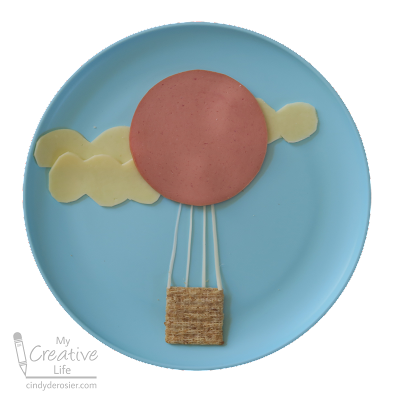 C: Does this look like a hot air balloon?
T: Yes, but the strings are too long.

CINDY returns to the island and cuts the strings shorter. 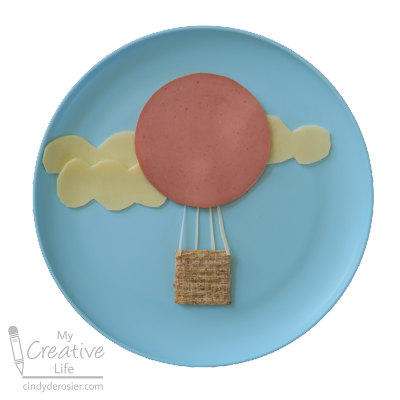 CINDY takes cheddar cheese from the refrigerator and uses a biscuit cutter to make bright orange polka dots that she adds to the bologna. 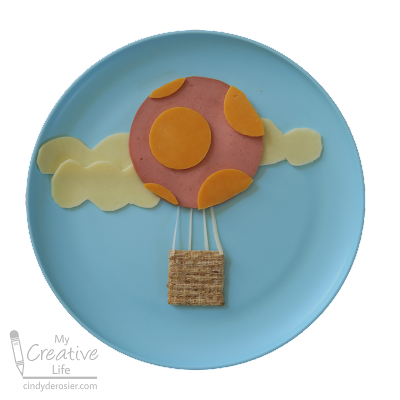 C: How's this?
T: It looks like a soccer ball. It would look better with vertical stripes.

CINDY removes the cheddar and searches the fridge for something to make vertical stripes. She uses mustard to draw stripes onto the bologna. 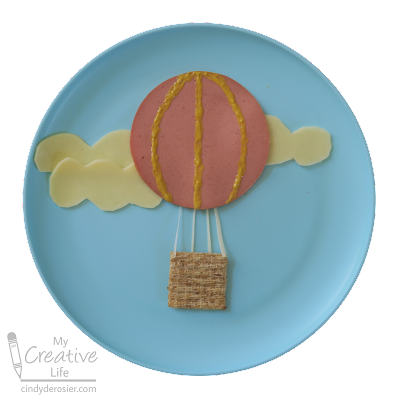 C: Now?
T: More color.
C: How about ketchup?
T: Are you sure that wouldn't be gross?
C: Why would that be gross? Bologna is just a flat hot dog and you like mustard and ketchup on hot dogs.
T: Maybe.

CINDY draws in stripes of ketchup. 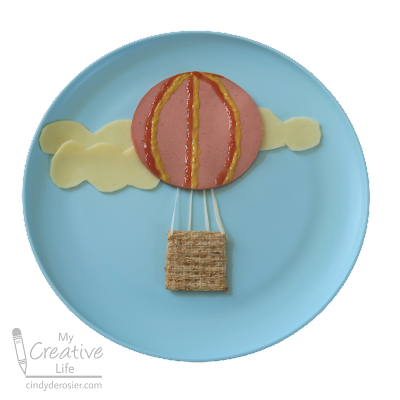