Roy Lichtenstein is most famous for using Ben-Day dots, speech bubbles, and images from comic strips in his artwork. I was inspired by his portrayal of sound effects to make name art. 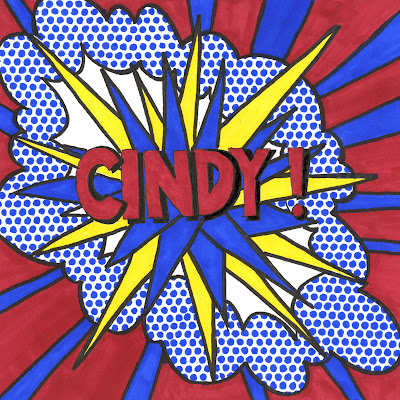 I used this 1966 Newsweek cover as my reference. 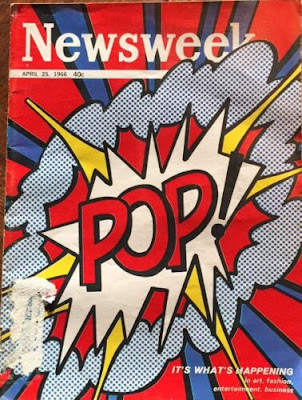 To start, write your name in block letters. Add a heavy drop shadow. As you can see, I made pencil lines first, then inked. After this step, I erased the pencil lines. 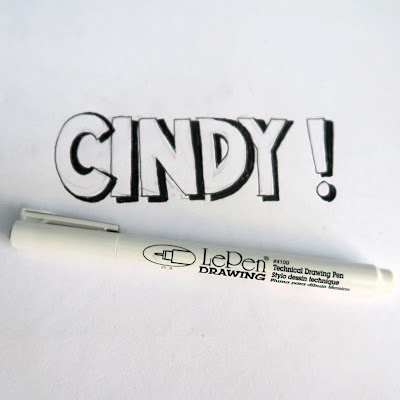 Draw triangular 'burst' shapes behind your name. I didn't use pencil first, resulting in a few weird placements, but oh well. 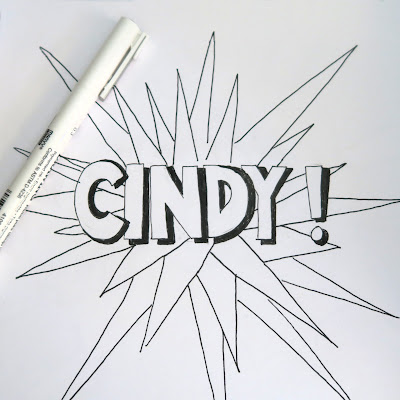 Learn from my mistake. It would have been MUCH easier to color my artwork as I worked than to go back later and try to figure out what color each shape should be.
The next step is to add a spiderweb shape behind the burst. Lichtenstein drew his going diagonally from the top right to the bottom left, but I flipped mine. It feels more logical to me that way. Maybe it's because I'm left-handed. 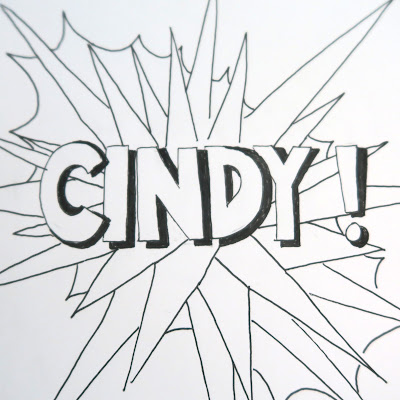 Behind the spiderweb, draw a cloud. Are you seeing now why coloring as you go would be a lot easier? At this point, I hadn't realized that yet. 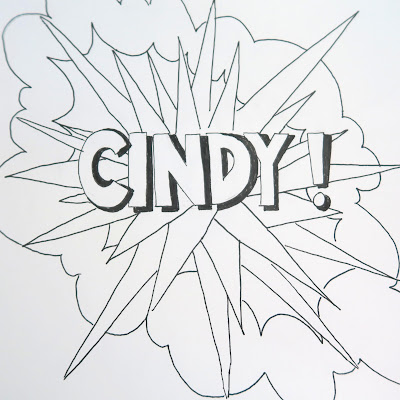 The final step is adding a reverse burst behind the cloud. While the first burst has the ends pointing out, these shapes have their (non-visible) ends pointing in toward the name. 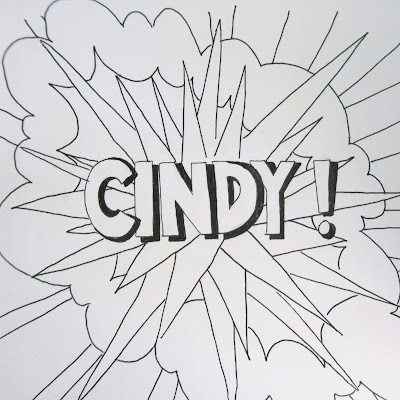 To color my artwork, I started with red for my name, just like in the example. I left the foreground burst white, then colored a secondary burst behind it yellow. Then it was time to do the Ben-Day dots. I used a piece of perforated drywall tape, which worked really well. I did make two mistakes. Can you spot the single dot outside the cloud that shouldn't be there? How about the missing dot inside the cloud that should be there? 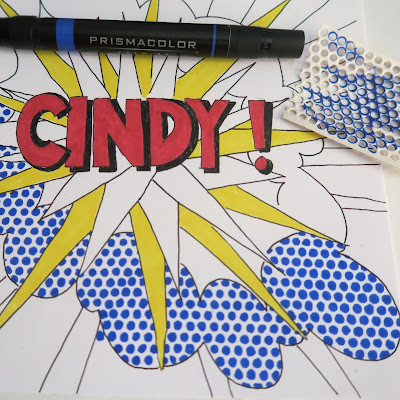 About that drywall tape... a friend gave me a chunk from a large roll she bought at the hardware store. I just wasted 15 minutes trying to find it on Amazon in order to create an affiliate link, but it is simply not there. I'm surprised. I thought pretty much everything was on Amazon, particularly something as commonly used as drywall tape.
As you can see, I went back and colored the burst in the foreground blue. I'd intended to leave it white, but thought it needed to be bolder.

I'm happy with how it turned out and enjoyed working with Ben-Day dots. Thanks for the inspiration, Mr. Lichtenstein!
Email ThisBlogThis!Share to TwitterShare to FacebookShare to Pinterest
Labels: Crafts for Kids, name art, Roy Lichtenstein