On Christmas Day, we got up well before dawn and headed to the Sacramento airport, excited to begin a 14-day adventure that would take us to seven cities and two new-to-us states. We'd been watching Winter Storm Elliott closely and, other than unseasonably cold temperatures in our first city (Memphis), it looked like it shouldn't affect us. We parked the car and checked our baggage. We rarely check baggage, but because of the below-freezing temperatures, we'd packed coats and other cold weather gear that took up a lot of space.
We breezed through security and arrived at our mostly-empty gate with the plane already there. Ah, the joys of traveling on Christmas itself, when hardly anyone else travels! Usually, anyway. The gate filled quickly with people who had been displaced from flights on previous days. And then, an announcement. Our plane was there, but our crew was not. They were still on the ground in Palm Springs. Our 9:45 flight to Denver was delayed to 10:30. Annoying, but our Denver layover was long enough that we'd still make our 2:40 flight to Memphis. More waiting, and more announcements. Our flight was further delayed, but so was our connection to Memphis. We were still OK.
Then, finally, our crew was on the way from Palm Springs! A little over an hour later, our crew was circling the Sacramento airport. We'd be on our way soon! Another announcement. Our crew couldn't land in Sacramento due to fog and was diverted to Oakland. And with that, we couldn't make our Denver-Memphis connection. We searched for alternate flights, but there weren't any. We decided to drop Memphis from our itinerary and rebook for the soonest flight we could get to City #2, Little Rock. That turned out to be Thursday, December 29. It was just before 1:00 pm, so we headed down to Baggage Services with plans to request our luggage, then find any restaurant open on Christmas Day and have some lunch.
How clueless we were. 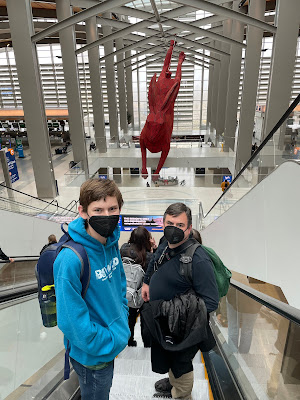 The line to Baggage Claim was 100 people deep and luggage from canceled flights was everywhere. 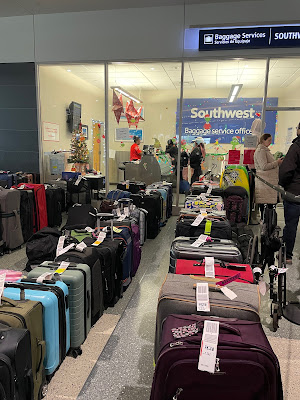 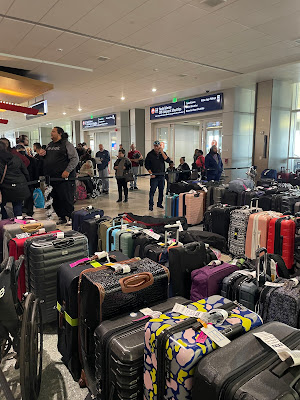 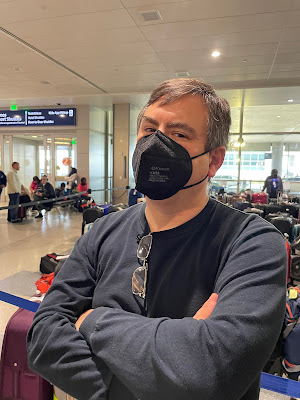 It took about 90 minutes to reach the front of the line. Appropriately, Baggage Services was decorated with a Grinch motif. 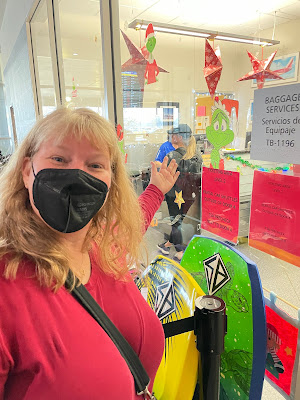 After explaining our circumstances to the woman at Baggage Services, she made a call and requested they send our baggage up to the carousel. She told us our luggage "should be coming out in a few minutes." We asked some clarifying questions (How long is a few minutes? What do we do if it doesn't arrive?) but she had no good answers.
So for the next few hours, Trevor sat with our carry-ons while Steve and I each monitored two of the four baggage carousels. In theory, it could arrive on any of them, at any time. 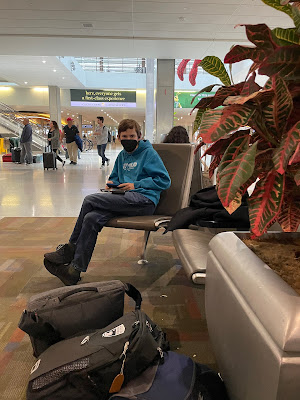 Luggage was pouring out of all the carousels at a rate far greater than people were retrieving it. We each joined in with other passengers waiting for luggage to help the single employee organize the growing piles.
We were increasingly tired as the hours ticked by with no sign of our luggage. But I was already thinking about how I would scrapbook our adventure. I had Trevor pose by the 'Welcome to Sacramento' sign. 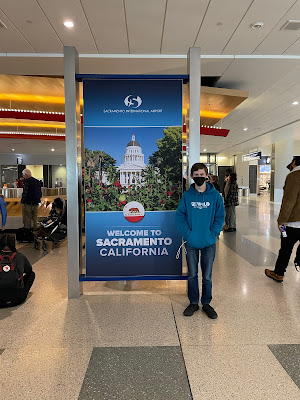 At this point, we figured that our luggage would not be pulled from our plane until either the flight canceled or everyone boarded and we didn't show up for the flight. The board showed the 9:45 flight was now delayed until 5:01. 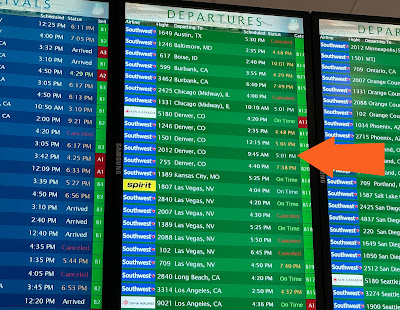 Then finally, the flight was canceled. Just before 5:00 pm, four hours after we'd arrived at Baggage Claim, we had our luggage. 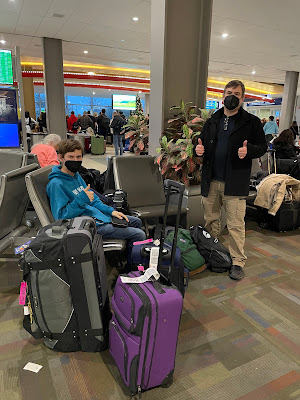 Now, to find dinner. We had little food at home (remember, we were supposed to be gone for 2 weeks) and since it was Christmas, grocery stores and most restaurants were closed. But not Panda Express! It wasn't the fanciest Christmas dinner I've ever had, but it certainly hit the spot. 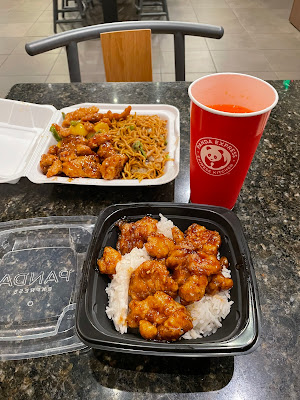 And that's how we spent Christmas 2022: on a 12-hour trip to nowhere.
One additional detail: Steve's parents spotted Trevor on the news. We were vaguely aware of reporters at the airport, but they never approached us, so it was a complete surprise that any of us were on film for more than a fleeting second. Trevor is in his turquoise raptor hoodie - you can't miss him.
Email ThisBlogThis!Share to TwitterShare to FacebookShare to Pinterest
Labels: Christmas, US Travel