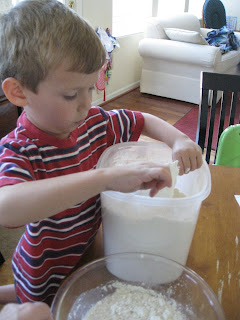 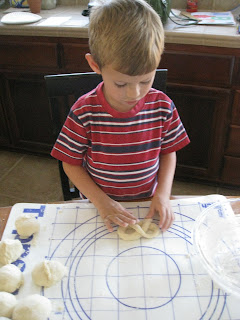 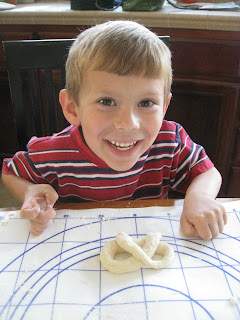 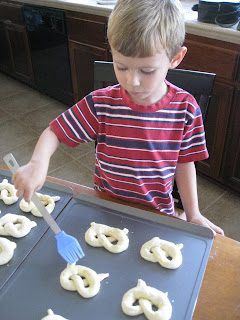 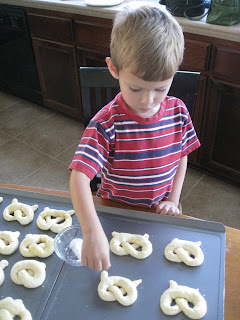 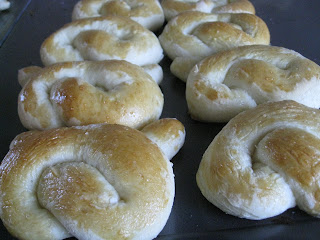 Heat water to approximately 110˚F and add yeast. Stir until dissolved. Add salt, sugar, and flour. Knead until smooth and elastic. Divide dough into 24 pieces. Roll each piece into a pencil-shaped roll, approximately 16 inches long. Shape as pretzels. Place on an ungreased pan. Beat egg and brush over the tops of the pretzels. Sprinkle lightly with salt. Bake at 400˚F for 12 to 15 minutes.
Email ThisBlogThis!Share to TwitterShare to FacebookShare to Pinterest
Labels: Recipes