I have a long history with bread.  I started baking bread when I was very young.  As a teenager, I successfully sold enough homemade bread to pay for a trip to Washington DC in 1988.  I won a trip to Chicago as the California 4-H State Winner in breadbaking in 1989.  That same year, I earned my 4-H Emerald Star (sort of similar to an Eagle Scout rank) by creating a 10-year breadbaking curriculum.  I've entered countless breadbaking competitions and judged a few as well.

Over the years, I've made just about every kind of bread there is.  But somehow I have never made one of the most basic breads of all, the tortilla.  For Christmas, I asked for this Imusa tortilla press, which my sister bought for me.  (Thanks again!)  I've held off trying it, since I knew that making homemade tortillas was going to be one of my 40 Things.

It was with great excitement that I assembled my tortilla press and measured out the masa harina. 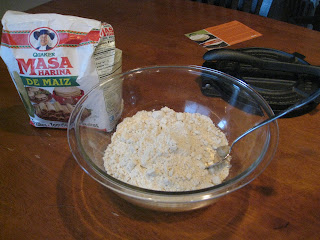 I added boiling water and mixed. 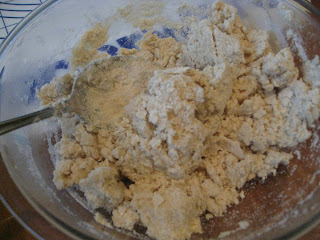 The next step was to knead the dough for 10 minutes.  It hurt quite a bit, as dough made with boiling water is quite warm.  Steve walked in as I was finishing kneading and I asked him to take this picture.  My hands were still red, though not nearly as dramatic of a red as they'd been a few minutes earlier. 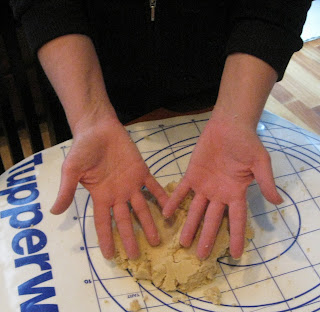 I divided the kneaded dough into equal balls.  Then I prepped the tortilla press.   The instructions that came with it said to measure and cut circles out of a plastic grocery sack to line the press.  That sounded like too much work, plus it didn't sound very sanitary.  Instead, I popped a ball of dough into a bread bag that I'd emptied that morning. 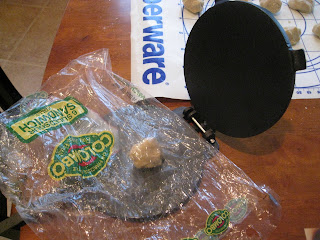 It worked like a charm!  No pain-in-the-neck circle cutting for me! 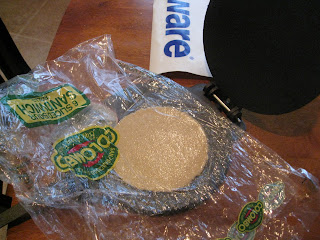 Here is my first-ever homemade tortilla! 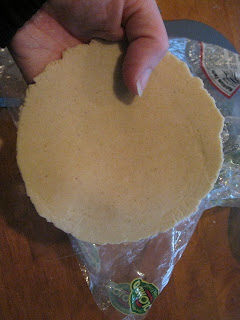 I fried my raw tortillas, then served them up with all the fixings.  Tasty!  But they were definitely lacking salt.  Next time I'll be adding a little bit of salt to my dough.  It is official: "Make tortillas" is now accomplishment #6 on my list of 40 Things!

Accomplishment #7 on my 40 Things list doesn't deserve its own blog post, so I'm adding it to this one.  For the first time in my life, I tried a Shamrock Shake. 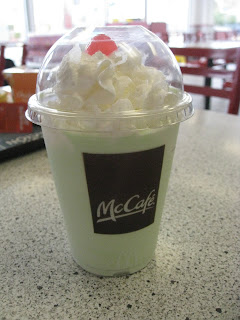 I don't eat a lot of fast food- maybe an average of once a month and that's including Subway. If I do have a burger, it's usually In-N-Out, not McDonalds.  Still, it's hard to believe that I'd never tried a Shamrock Shake.  I love milkshakes and I love mint, so I made a point to get one before they go away for the year. 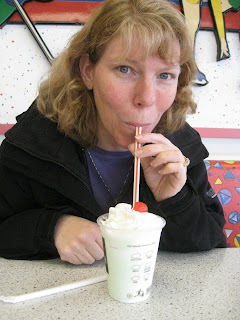 Verdict: delicious!
Posted by Cindy deRosier at 5:00 AM