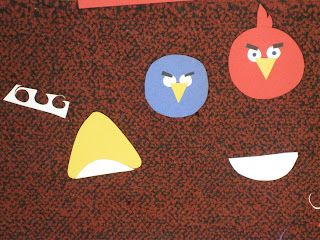 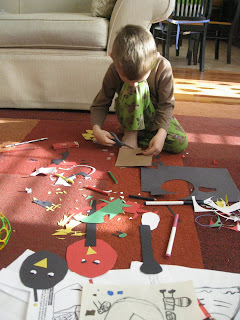 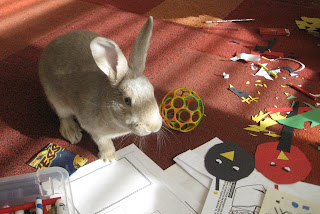 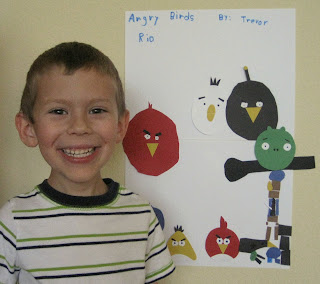 That grin hasn't left his face!  He is so happy with how this turned out.  I'd encourage you to make your own poster (Angry Birds or something else) with repositionable adhesive.  Hours of fun!
Email ThisBlogThis!Share to TwitterShare to FacebookShare to Pinterest
Labels: Crafts for Kids