Recently, Trevor has been spending a lot of time going through our cookbooks.  One day, he announced that he wanted to mark the pages of some recipes he wants he try.  I gave him a set of post-it flags and left the room to put away laundry.  When I returned, I found this: 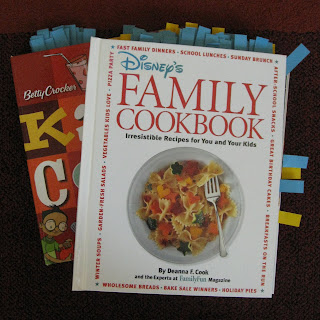 He used an entire brand-new set of blue post-it flags, plus part of a pack of yellows.  Here's another view: 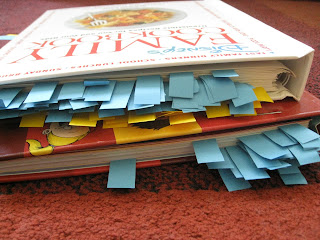 Trying all those recipes should keep us busy for the next few years!  We decided to start with these Ice Cream Flowerpots from Disney's Family Cookbook. 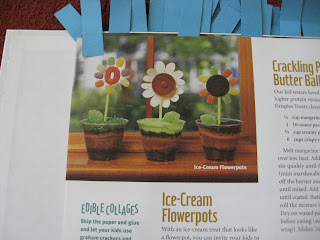 To make them, you need: clear plastic cups, green drinking straws, chocolate ice cream, Oreos, green Fruit Slices, gumdrops, and toothpicks.  (You also need Sunkist Fruit Gems, but I didn't know this when I took the picture.  More on that later....) 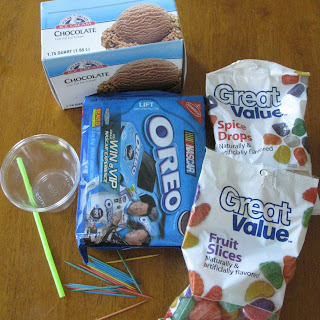 Step 1: Let the ice cream soften slightly, then fill each cup about 2/3 full of ice cream.  Insert the straw into the ice cream to form the stem of the flower.  (I cut our straw in half, so we only needed one straw for the two of us.)

Step 2: Twist 4 Oreos to separate their halves.  Place the non-frosting sides into a ziplock bag and crush to make crumbs.  Pour the crumbs on top of the ice cream to create the look of soil.  Place the cups in the freezer. 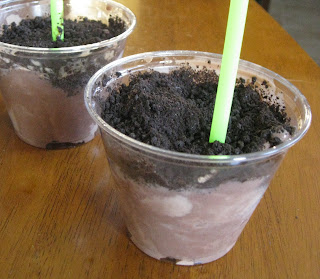 Step 3 (version #1):  Make your flower.  The cookbook shows a beautiful Oreo center with gumdrops around it.  This did not work for us and was incredibly frustrating.  No matter how careful we were, the Oreos cracked. 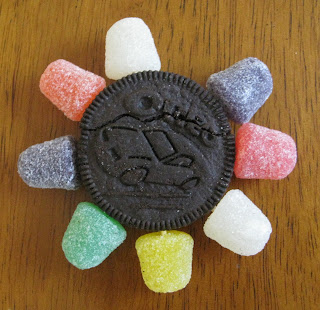 Step 3 (version #2):  After breaking a dozen Oreos, I finally got fed up and used two yellow Fruit Slices to make a center.  It looks somewhat lame, but at least there was no frustrating cracking. 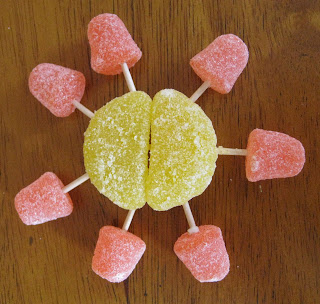 Step 4: Attach a toothpick to your flower.  Slide the toothpick into the straw.  Add a green Fruit Slice to mimic a leaf.  Eat and enjoy! 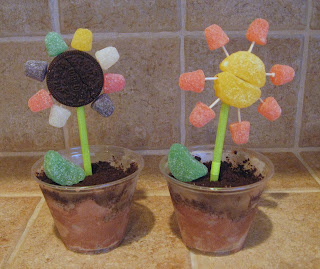 (Trevor's on the left and mine on the right.) 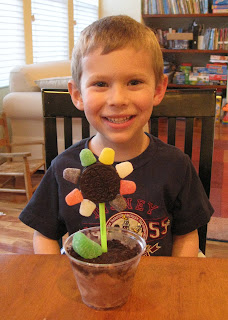 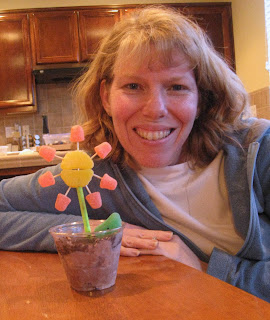 We had a lot of fun making our flowerpots, but it was annoying that we weren't able to make an attractive flower that wouldn't crack. We brainstormed what would make a better center and came up with Sunkist Fruit Gems. So the next day, we bought a pack. 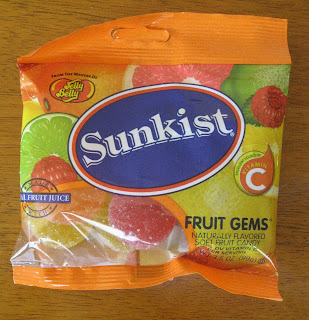 This time, Trevor decided he wanted graham cracker dirt instead of Oreo dirt. 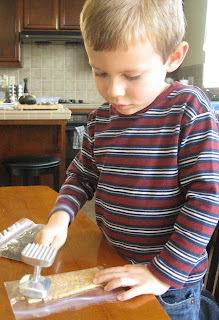 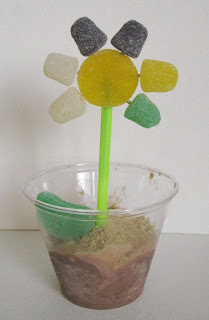 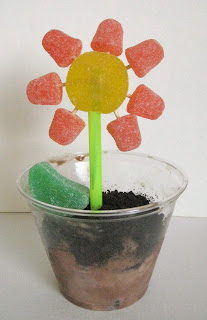 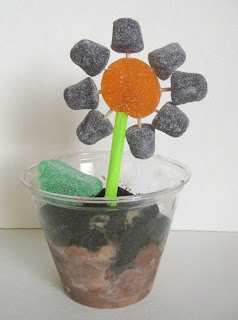 (Steve's.  He was bummed to have missed our first attempts.)
I love the way the flowers look with the Sunkist Fruit Gem centers!  Despite the frustrations along the way, this was a really fun project and definitely one we'll do again.
Email ThisBlogThis!Share to TwitterShare to FacebookShare to Pinterest
Labels: Crafts for Kids, Recipes