During my very first staff meeting as a 23-year old first year teacher back in 1995, my principal introduced me to the assembled group of teachers and asked, "Does anyone have any advice for Cindy?"  One co-worker blurted out: "Yeah, never volunteer for anything!  This job is enough work without doing any of the extra stuff."  Everyone laughed.

As it turned out, I followed his advice for only a couple of months before I started volunteering for extra stuff.  Some of the extra stuff was important but not very fun (serving on School Site Council, for example).  But every once in a while, I volunteered for something that turned out to be just as important but amazingly cool and totally fun.  Probably the best example was starring in an instructional video.

When I made the instructional video, I'd already worked with the Lawrence Hall of Science as part of their curriculum development process.  The first time was in 1996.  LHS put the word out that they needed 5th grade teachers, four per school site, to test some new units for their Great Explorations in Math and Science (GEMS) series.  One person would serve as School Lead.  I thought this sounded awesome, so I talked three of my coworkers into participating.  (Interestingly enough, one of the three was the coworker who'd told me not to volunteer for anything.  He took a bit more convincing than the others.)

As Lead, I was the go-between for LHS and the other three teachers.  I did scheduling, got the materials, and made sure all of us taught the investigations.  After we'd taught the unit, I gathered feedback from my coworkers and met with the LHS reps to go over our suggestions. It was a lot of work, but it was so much fun that it didn't seem like work.

Fast forward a few months.  I heard from LHS that they'd completed field testing and were ready to move on to the printing stage.  Would I be willing to allow a photographer into my room to take the pictures for the completed manual?  Yes, of course!  Permission slips went home.

On the big day, the crew from LHS showed up with massive amounts of photography equipment.  They also brought all the materials for the lessons, including about 5 coolers of dry ice.  The kids did investigations while the photographer snapped away.  It was pretty cool.  When the manual finally came out, they sent me a copy.  I couldn't wait to see it. 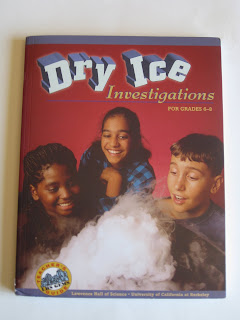 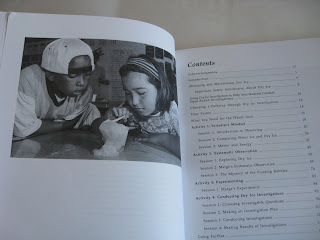 Every other page or so has a picture of my kids. 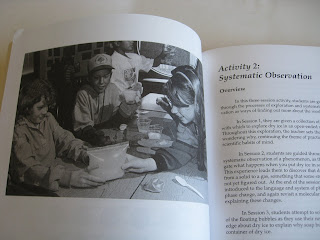 They were beyond excited to see themselves in the manual. 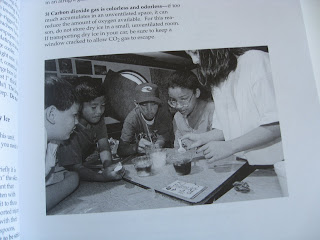 There are a dozen or so pictures in the manual.  I have to admit I was a bit disappointed not to be in any of them.  I searched the background of all the pictures.  No sign of me. 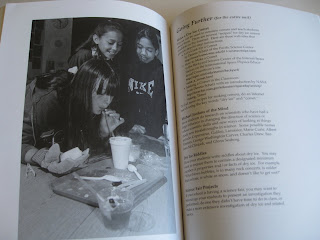 But there's my name in the credits! 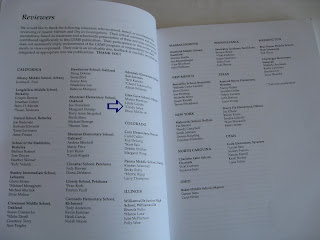 One final point of interest.  After all the field testing was done, LHS decided to issue this material as 6th-8th grade curricula instead of 4th-5th.  It seems that some of the field testers reported that it was too difficult for their upper elementary students.  Mine did very well with the material and I felt that, with proper scaffolding, it was a good fit for 5th grade.  I continued to teach the material to 5th graders for many years to come!
Email ThisBlogThis!Share to TwitterShare to FacebookShare to Pinterest
Labels: My Teaching Days