The first time I made a Pinewood Derby car was in 2011.  I'd gone through the county fair entry book looking for something I was eligible to enter and stumbled upon an adult category for the Pinewood Derby.  I made a watermelon-themed car that was pretty awesome, if I do say so myself.  Steve entered a car too.  (At 5, Trevor was too young to enter).  We had a blast.

The following year, all three of us made cars for the county fair, Steve and I in adult divisions and Trevor as an Open Junior.  My car looked like a box of popcorn.  Again, we all had a lot of fun.  Trevor had a great experience entering for the first time.

Last year Trevor started Cub Scouts, which meant he'd be participating in the Pinewood Derby with his Pack and not just at the county fair.  The Derby was in April, two months earlier than the fair we'd been entering in for the past two years.  We built our cars over spring break.  I went with a rabbit-shaped car.  Again, lots of fun.

We switched Cub Scout Packs over the summer.  The new Pack held their Derby last weekend, four months earlier than last year's Pack and six months earlier than the fair.  The earlier date made it too difficult for all three of us to build cars, so Trevor was the only one entering a Derby car this year.  Here's what he made, with cutting help from Grandpa: 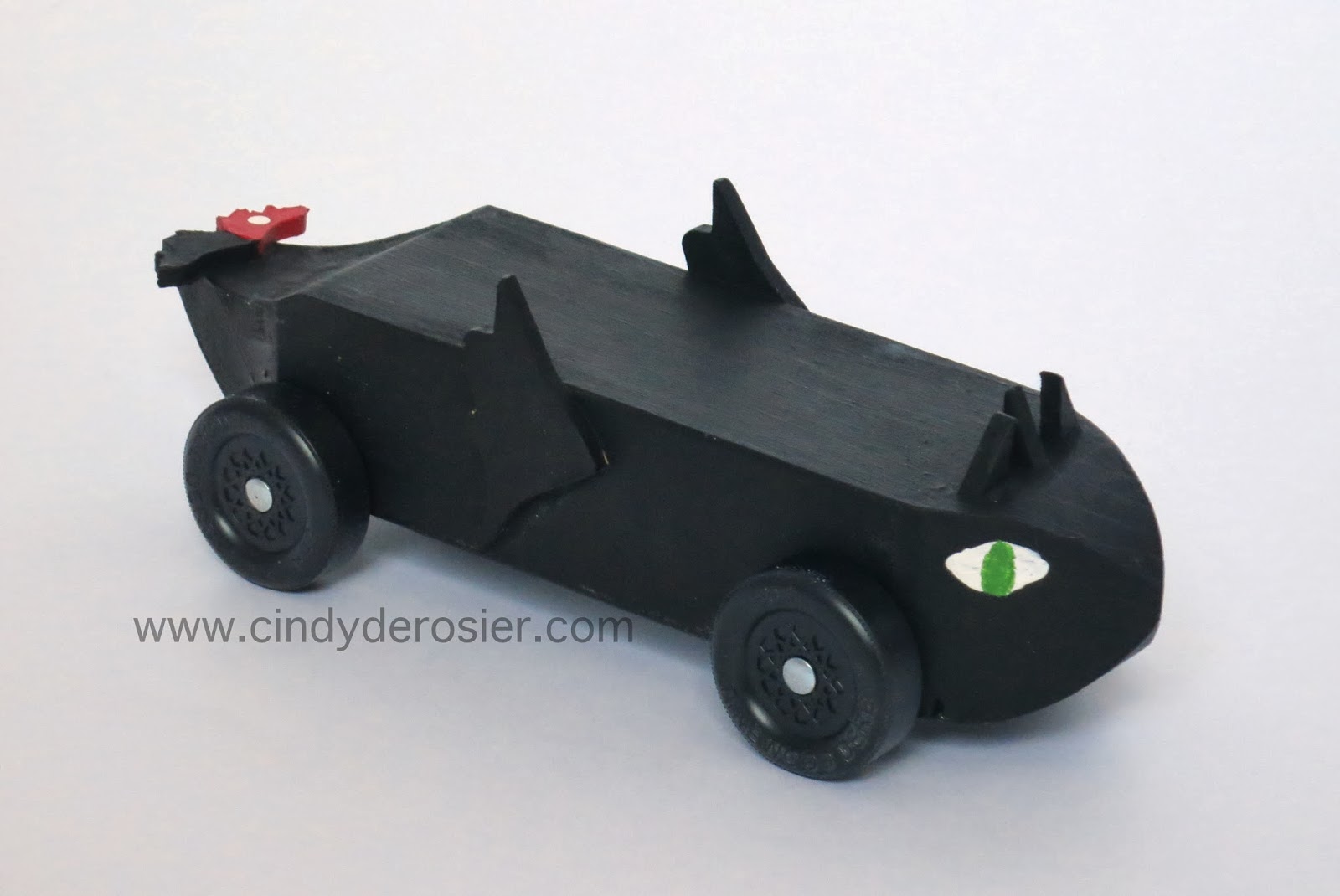 In case someone doesn't recognize it, it's Toothless from the How to Train Your Dragon series. Those are Trevor's favorite books.  He loves the movie as well.

Here's Trevor, bringing Toothless to be weighed and checked before the race. 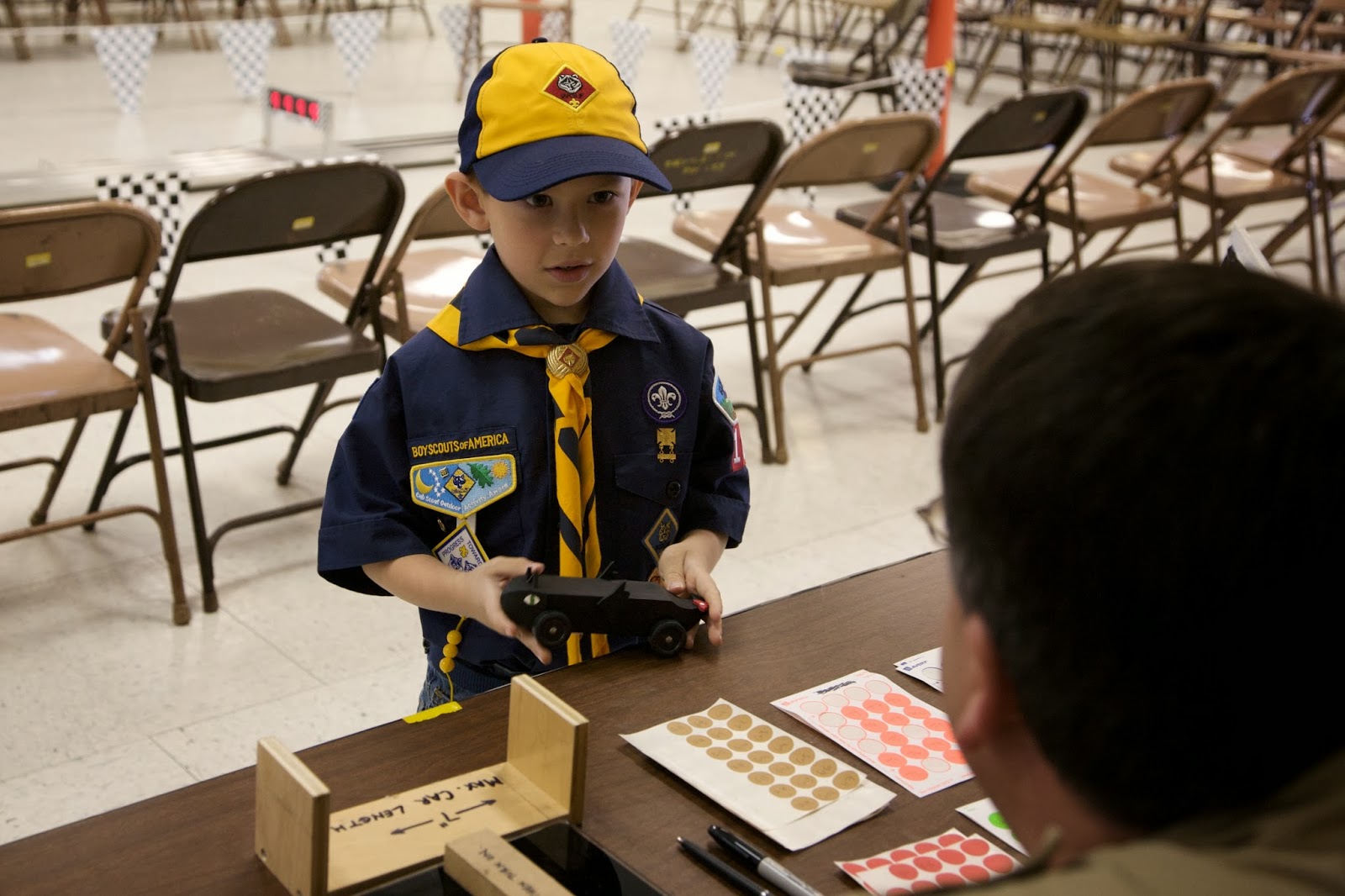 There were approximately 60 cars racing, with lots of friends and family cheering on the Scouts and their cars. 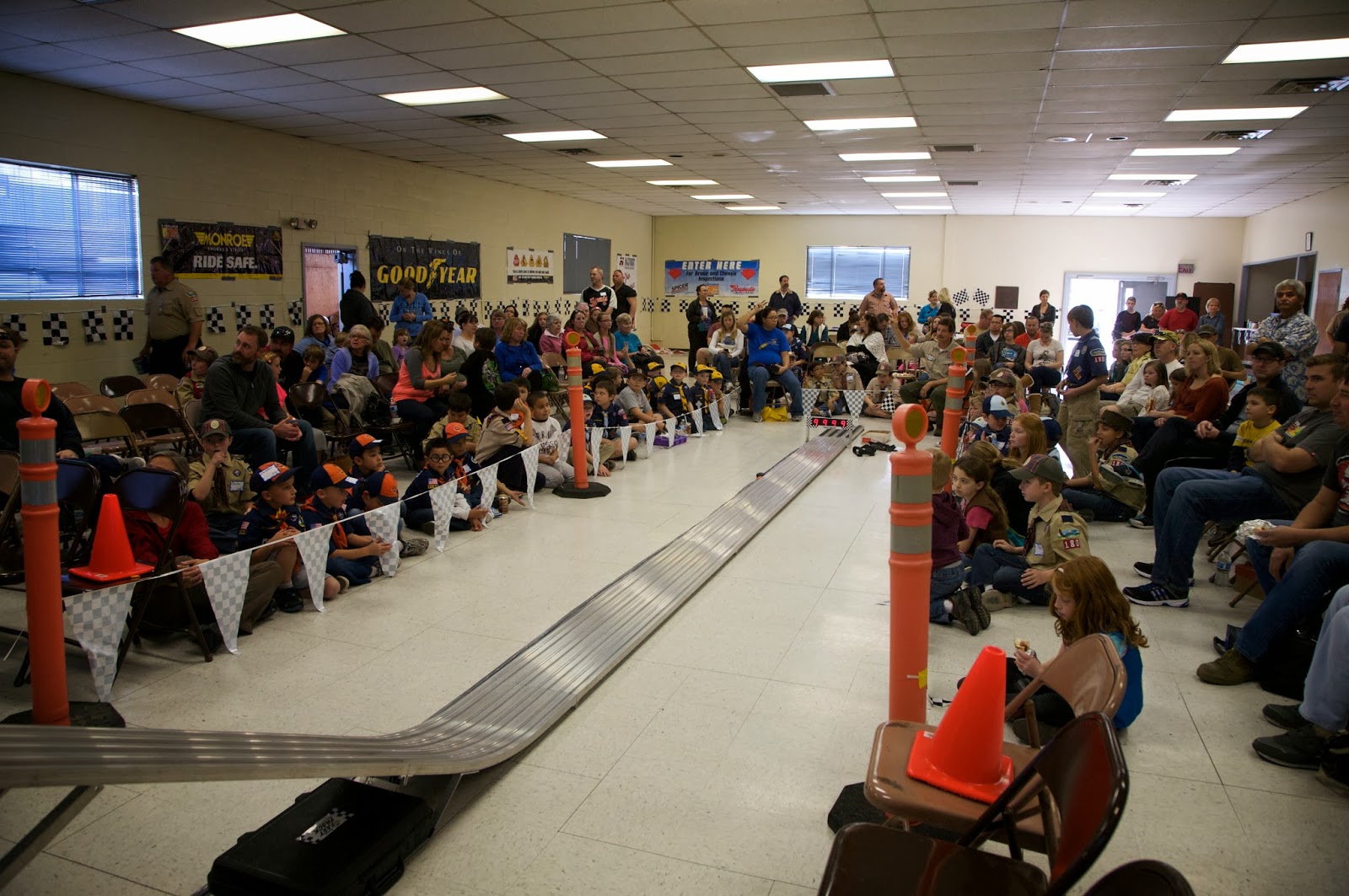 Toothless raced in the first heat of his age group and won.  It's on the far right in this picture, about to cross the finish line.  As it turns out, that was the only heat he won.  Trevor ended up finishing in the middle of the pack.  Nothing wrong with that. 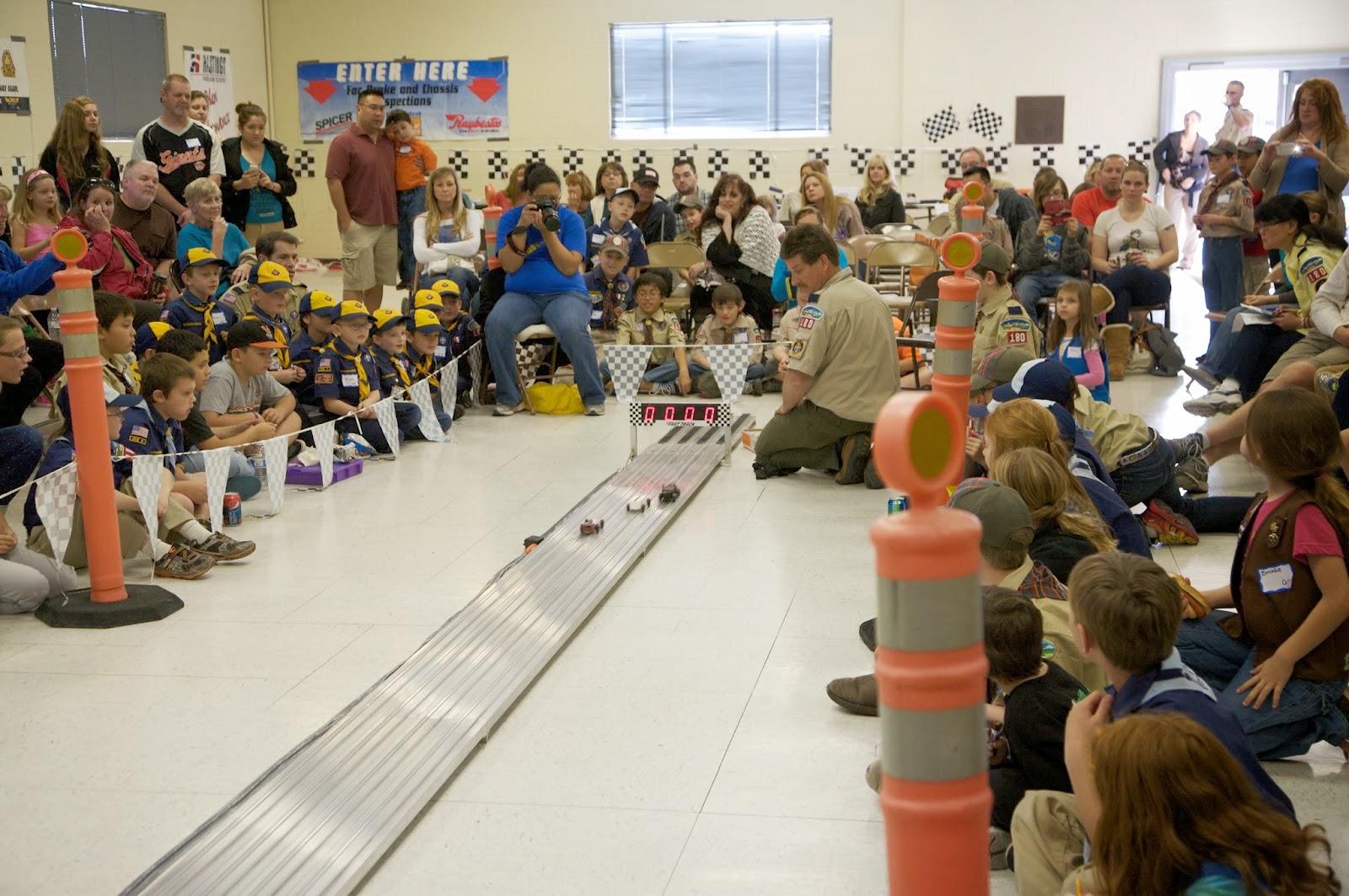 Toothless won't race again with the Cub Scouts this season, but he'll be entered at the county fair both to race and to be judged on design and workmanship.  Looking forward to seeing how he does!
Email ThisBlogThis!Share to TwitterShare to FacebookShare to Pinterest
Labels: Cub Scouts, Pinewood Derby