Are you familiar with Cub Scout belt loops?  For those who aren't, a brief explanation: a belt loop is an award earned by a boy for completing three basic requirements in one subject area. Think about it like an extremely simplified Boy Scout Merit Badge.  There are three different types of belt loops: gold for academic subjects (astronomy, nutrition, pet care, etc.); silver for sports (baseball, hiking, ice skating, etc.); and bronze for the two sports that can only be earned on approved BSA shooting ranges (archery and BB gun shooting).  The award is a 1-inch square piece of metal that slides onto the boy's belt.

When a boy earns his first few belt loops, all is well.  They slide onto his belt well and he can proudly show them off any time he's in uniform.  However, after he's earned more than a handful, it takes longer and longer to get into uniform and the belt gets heavier and heavier. Unless you have a Cub Scout of extreme girth, he'll run out of space on his belt early in his Cub Scout career.  Trevor has a tiny waist and was out of space after his first year as a Cub.

Half the fun of earning belt loops is showing them off, so I didn't want Trevor's belt loops to sit in a drawer somewhere where no one would see them and he wouldn't be motivated to earn more of them. So I asked my dad, Woodworker Extraordinaire, to design a belt loop display that he could help Trevor make.  He came up with a brilliant design, a T-shaped wood piece that supports six acrylic arms onto which the belt loops can slide.  It will hold up to 60 belt loops (there are currently 53 offered).  I took Trevor to my parents' house for a long weekend and this is what they built: 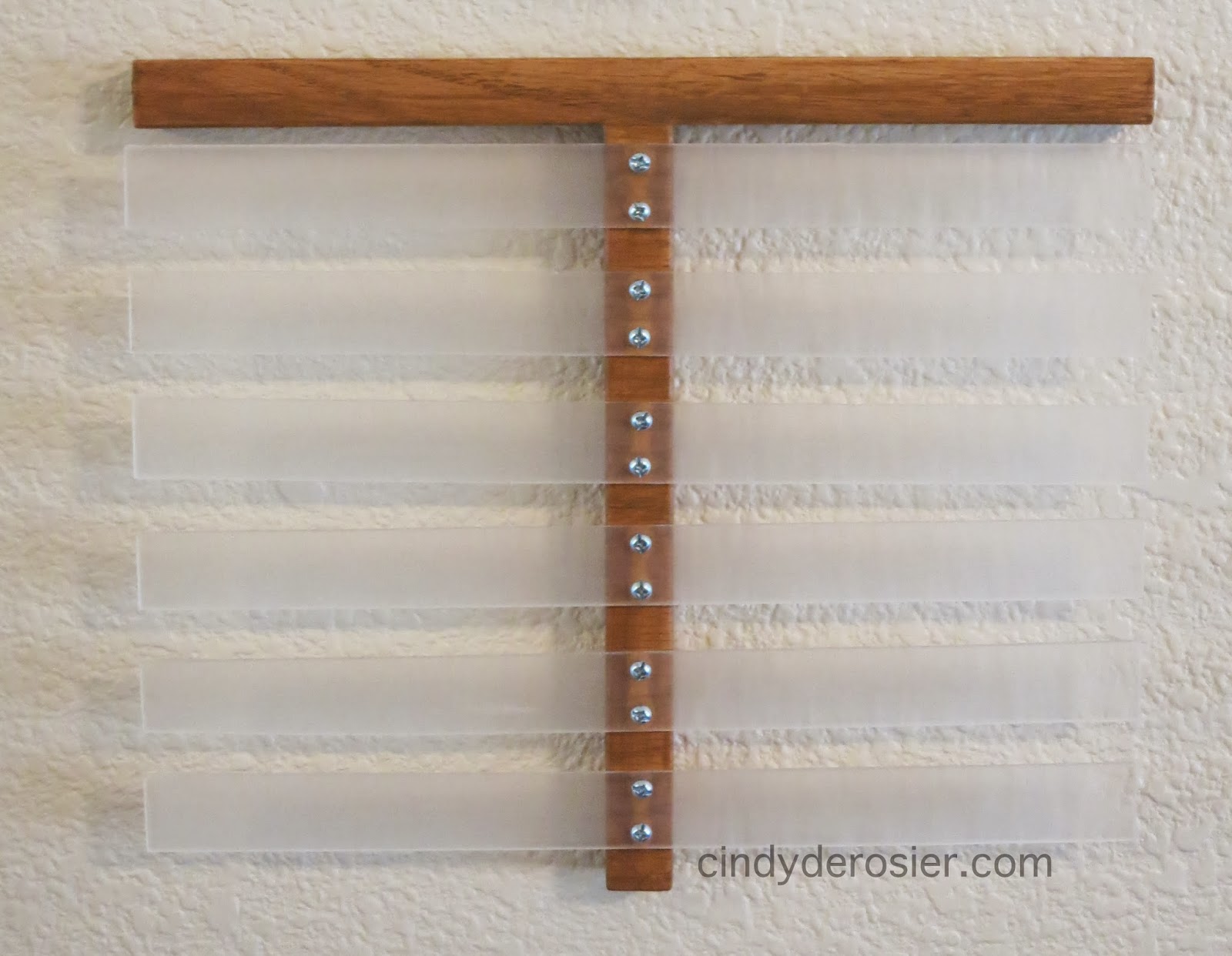 Trevor did 95% of the work himself with my dad's close guidance.  Once we got home, we hung it on the wall and Trevor started sliding his belt loops into place. 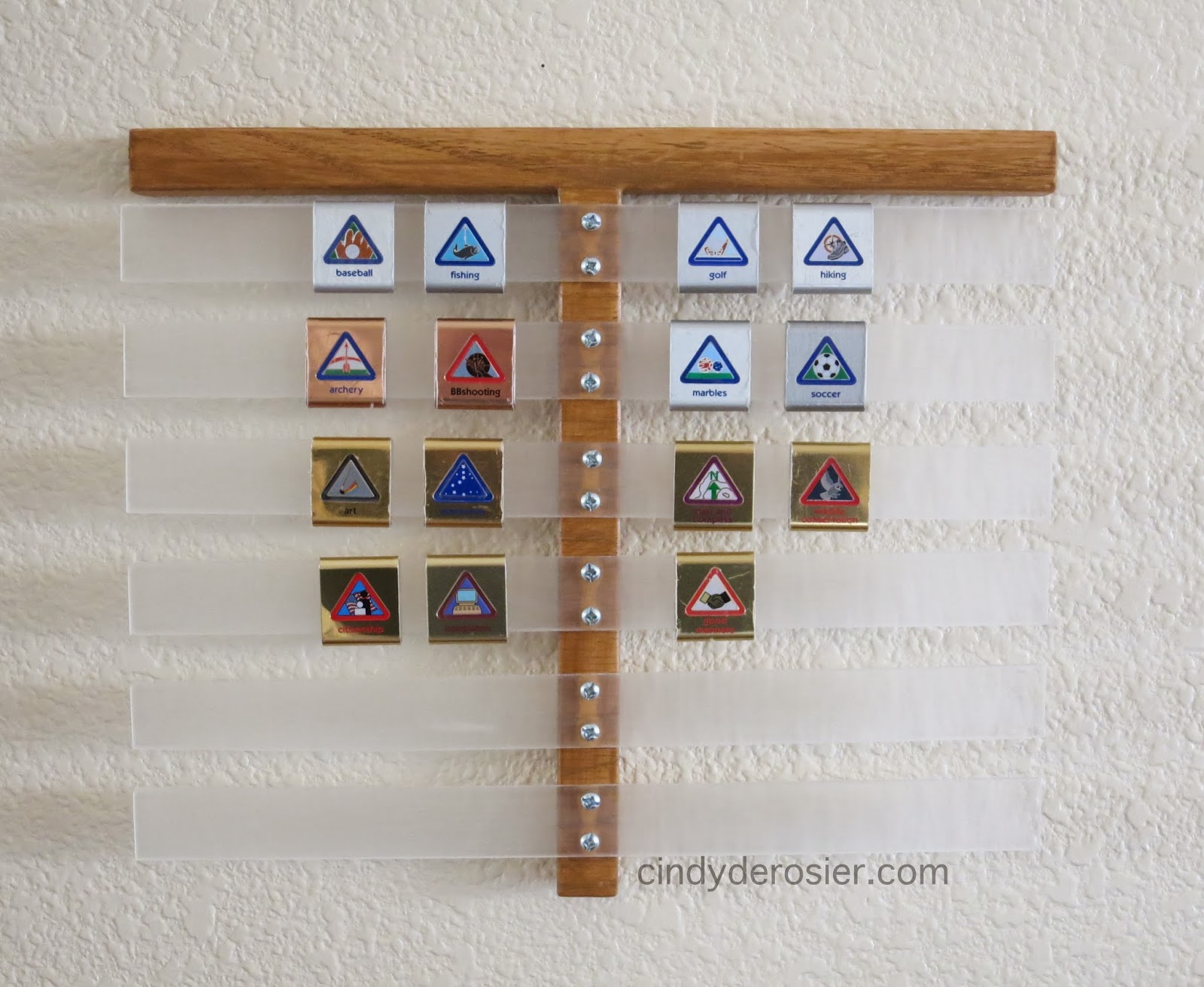 He's arranged and rearranged his belt loops, which is exactly what I'd hoped would happen.  I used a pushpin to temporarily put the "C" patch holding his pins above it. 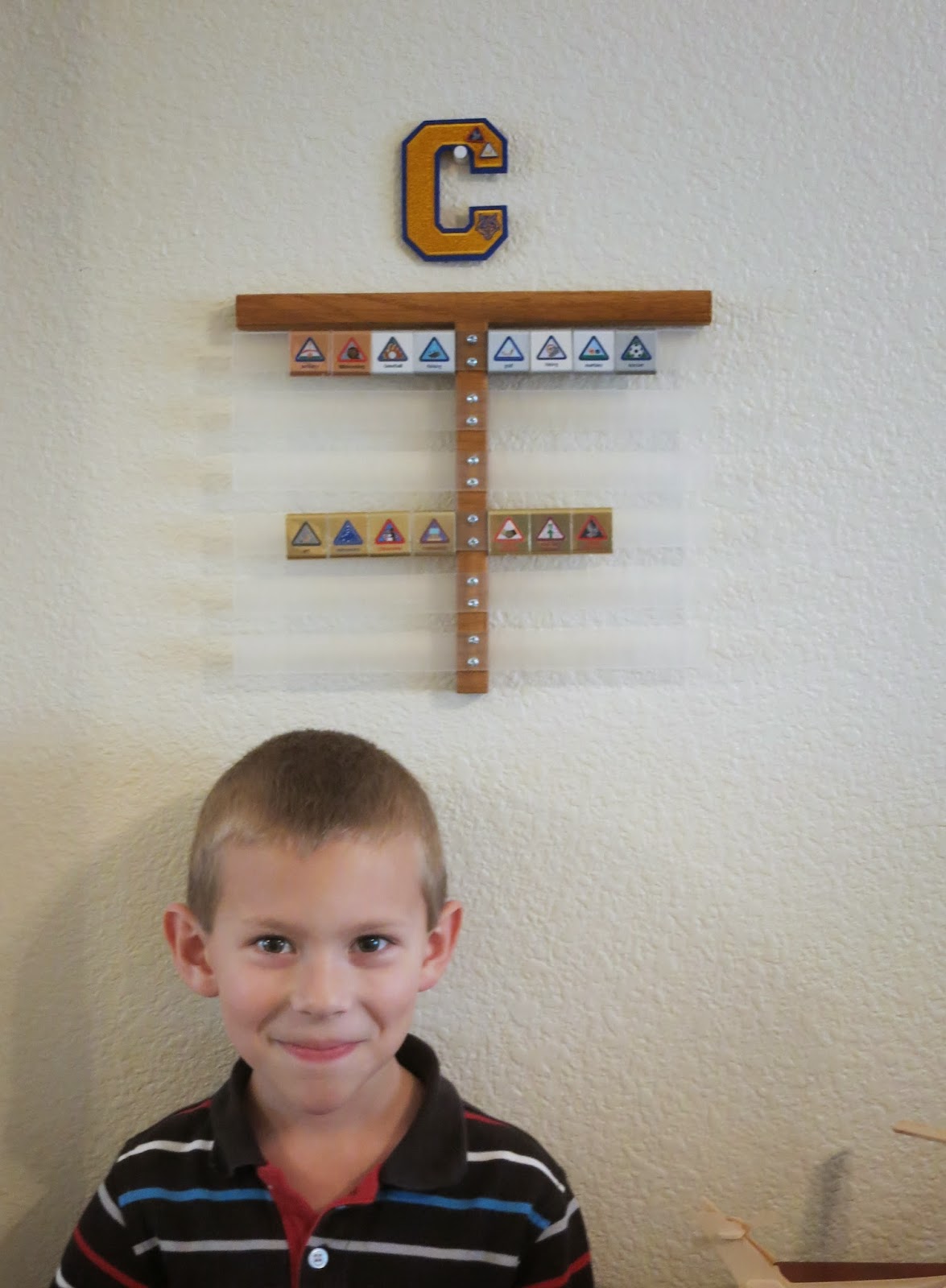 In the time since I drafted this post and put it in the queue, I found out that BSA has announced that the program that includes belt loops will be discontinued as of May 2015.  It's disappointing, as the Academic & Sports program is strong and highly motivating to the Cubs.  Trevor will continue to work on completing as many belt loops and pins as he can through his Wolf year and into his Bear year before the program ends.  In the meantime, he now has a really cool display that shows off all the hard work he's done so far.
Email ThisBlogThis!Share to TwitterShare to FacebookShare to Pinterest
Labels: Cub Scouts