I've found that there are two kinds of scrapbookers in the world: 1) those who get rid of all the scraps as soon as they finish a project; and 2) the remaining 99.5% of us who save pretty much every scrap, sure that one day they will come in handy.  Here are some of the ways I make sure to use my scraps instead of letting them grow out of control.

In order to avoid being overrun with scraps, I try to make them the first papers I consider when putting together a layout. For this layout, I wanted small pops of color to bring attention to Trevor. Since I only needed small pieces, there was no need to cut down full sheets when I had tons of perfectly good scraps. I layered tiny scraps of patterned yellows and reds haphazardly under the photo, then punched a star from a bit of red. 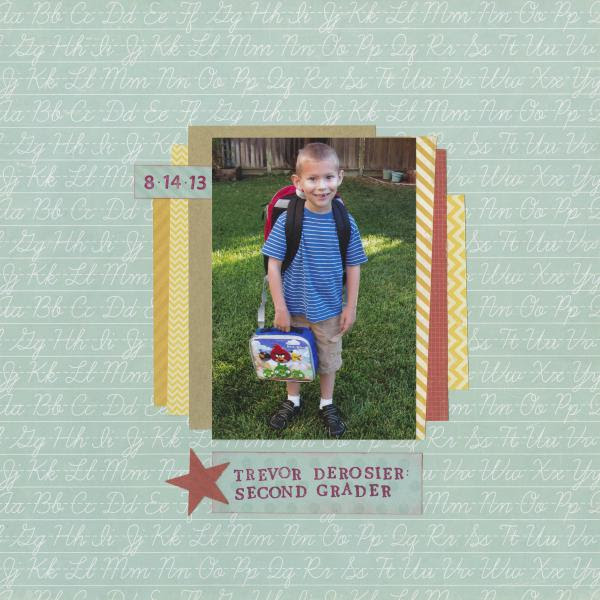 2.  I keep scraps organized and accessible.

If my scraps weren't convenient to use, there's no way I'd use them.  I sort them by color in plastic storage envelopes so that I can go straight to one envelope when I need a particular color. When I scrapped the photos of our family's Angry Birds jack-o-lanterns, I grabbed scraps of three different orange patterns to emphasize that it was a Halloween layout. 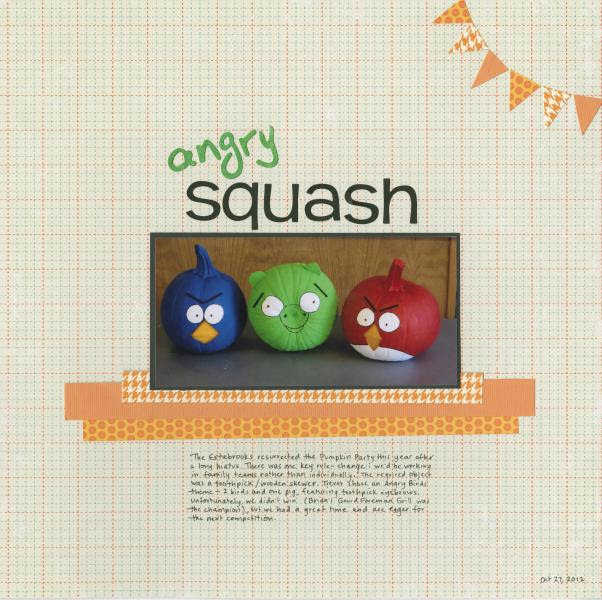 If I hate a particular patterned paper and only use it for an assignment, there is no point in keeping the scraps because I'll never use them.  It makes more sense to move them to Trevor's stash if they're large or recycle them if they're small.  For papers I love or for versatile solids, I save even the smallest of scraps because I know I'll use them. On this layout, I used a 2” x 3” scrap of white to house my title, then matted that with a black scrap. I cut tiny white scraps into even tinier pieces to write my list of adjectives. 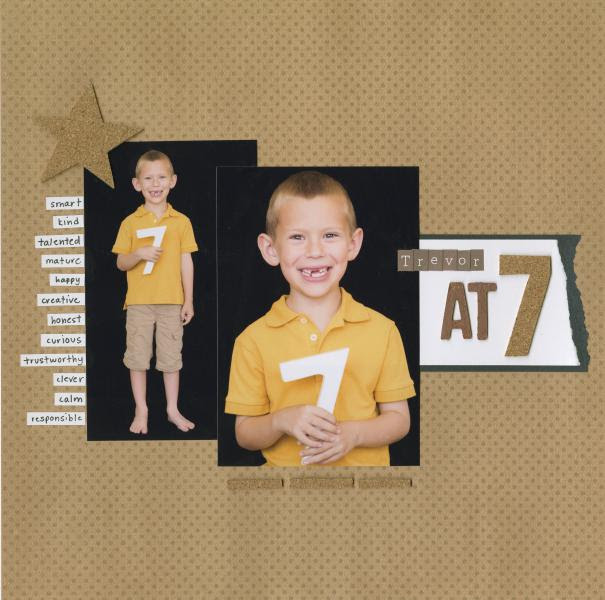 4.  I stretch scraps across hidden areas

Because I save small scraps, I sometimes find a perfect scrap that isn't big enough to fit the place where I'd hoped it would go. That's when I have to get creative and stretch the scrap. By cutting a strip and hiding it behind another feature, the scrap looks larger than it actually is. In this layout, I arranged the small pieces on each end to appear as though they run nearly the width of the layout, when in fact you are seeing the entire scrap, minus a millimeter tucked under the edge of the photo mat. 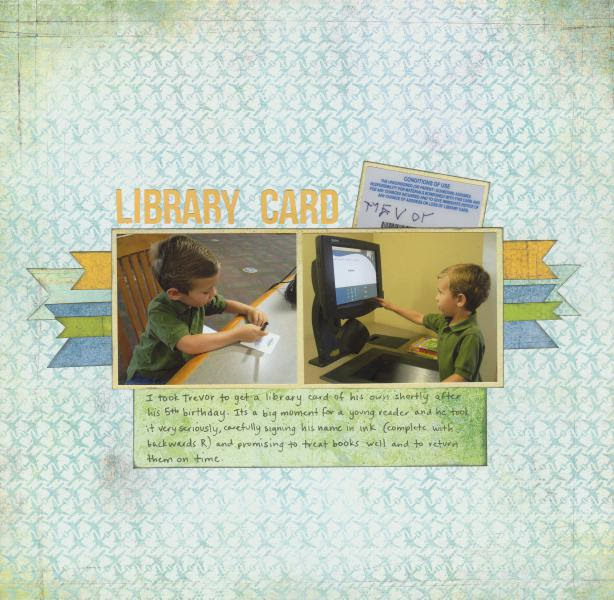 I try to avoid moving scraps into long-term storage where they might be ignored by using them as I generate them. When I finish a layout, I often use the scraps that remain on the desk to make a quick card. Because they worked together on the layout, I already know they'll work together on a card. Here's a card I made immediately after finishing a layout. The paper scraps, punch, flower and Stickles were already out; all I had to do was cut them to size and put them together. It took about three minutes. A quick sentiment stamp and it was ready to go. 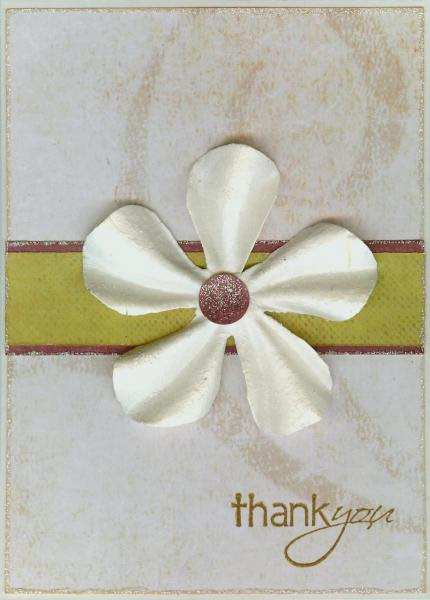 Do you save scraps or are you part of the 0.5%?  Any other tips for making sure you use them?
Posted by Cindy deRosier at 5:00 AM