This week, I'm working at Cub Scout Twilight Camp as a station leader.  (Twilight Camp is the same thing as Day Camp, except it's from 3:30 - 8:00 pm, instead of the more typical 9:00 am to 3:00 pm of Day Camps, like the one we attended with our previous Pack.)  In past years, I've been a den walker, which means that my job was to walk a group of boys from station to station, deal with any discipline issues or other problems, and keep the boys entertained during any gaps in programming.

As a station leader, my job is to create and teach forty-minute sessions (the same session, four times per day) on a topic that is relevant to Cub Scouts.  They already had station leaders in place for Scout camp classics, like BB guns, archery, crafts, outdoor cooking, photography, nature hiking, geocaching, and group sports, so I decided to go a different route.  Trevor and many other Cub Scouts are working hard to earn Belt Loops before they go away next May.  So I thought I'd help them out by planning a session that would help with that goal.  I selected the Language and Culture Belt Loop.  These are the requirements:


The boys will need to do the first requirement on their own before earning the Belt Loop, but we're completing the second and third requirements in my session at Twilight Camp.  We're also talking about the importance of being cheerful.  (Each station was assigned one of the traits mentioned in the Scout Law.)

Each session leader was asked to create a token to hang from the den's flag when the boys completed the station.  The token was to represent both the activity and the trait.  I cut discs from chipboard and used the Cropadile to punch holes in them.  I turned them into globes to represent language and culture.  I painted them light blue, then used a green pen to draw on continents.  I chose a yellow ribbon to hang them, since the color yellow symbolizes cheerfulness.

On the back, I wrote the name of the station. 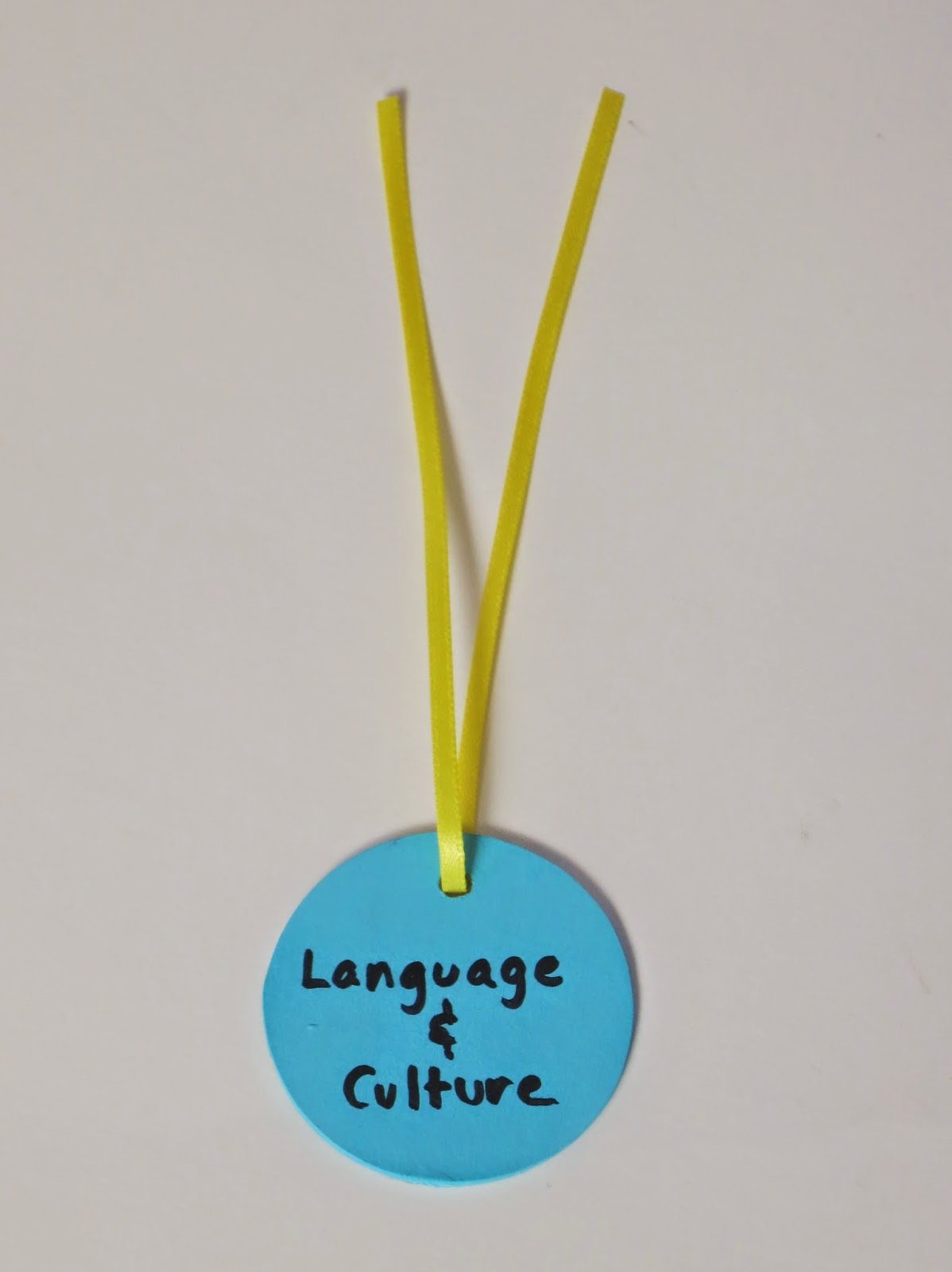 I did the painting at home, but all the coloring took place poolside during Trevor's swim lessons!

Tomorrow I'll teach you the first game we played at my station.  It's a favorite of mine, one I first learned as a kid in Indian Princesses and went on to teach to 11 years' worth of 4th and 5th graders.
Posted by Cindy deRosier at 5:00 AM