I'm a big Olympics fan, but that's the full extent of my interest in sports. I don't watch the Super Bowl, World Series, or any of the other ones (which I don't mention primarily because I can't think of what they are called). I didn't watch any of the World Cup this last summer either. I was aware of it though, primarily because all the food blogs I follow started sending interesting Brazilian recipes.

In particular, I was fascinated by recipes for Brazilian Lemonade. There are a few things that make it interesting: first, there are no lemons in Brazilian Lemonade; and second, it is made from whole limes (as in, unpeeled limes). I've had excellent success with recipes using whole oranges, so I was totally game to make something with whole limes.

I started with this basic recipe:

Put all ingredients in the blender and pulse 5 times. Pass the liquid through a fine mesh strainer to remove the rinds. Serve over ice. 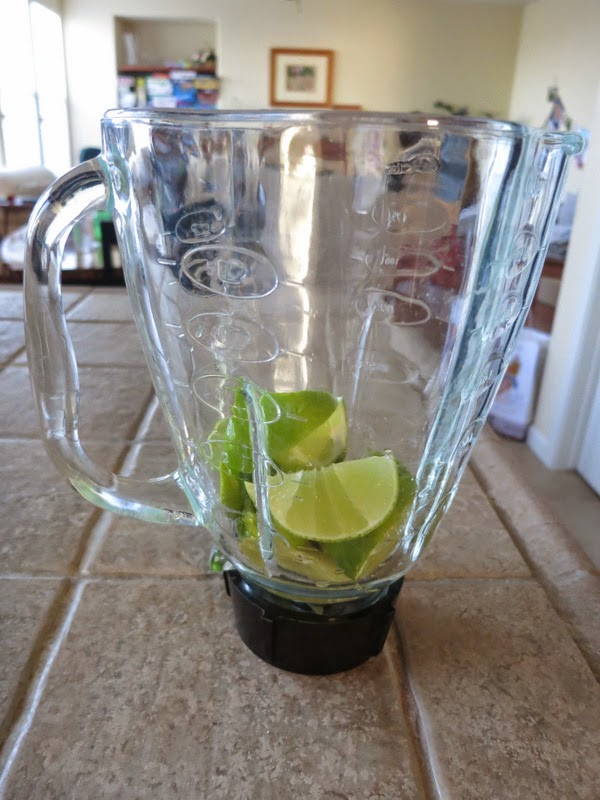 When I added the rest of the ingredients and blended, it was frothy, which I didn't expect. 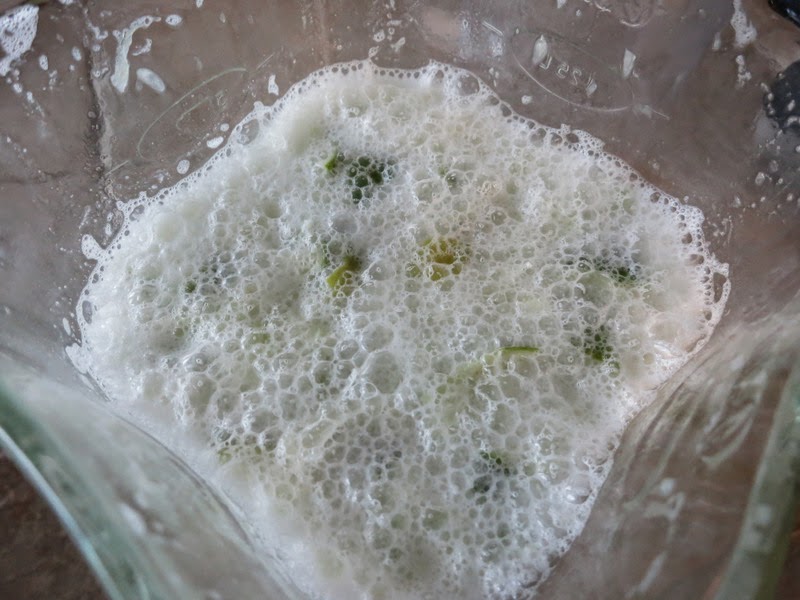 I strained out the lime pulp as directed. 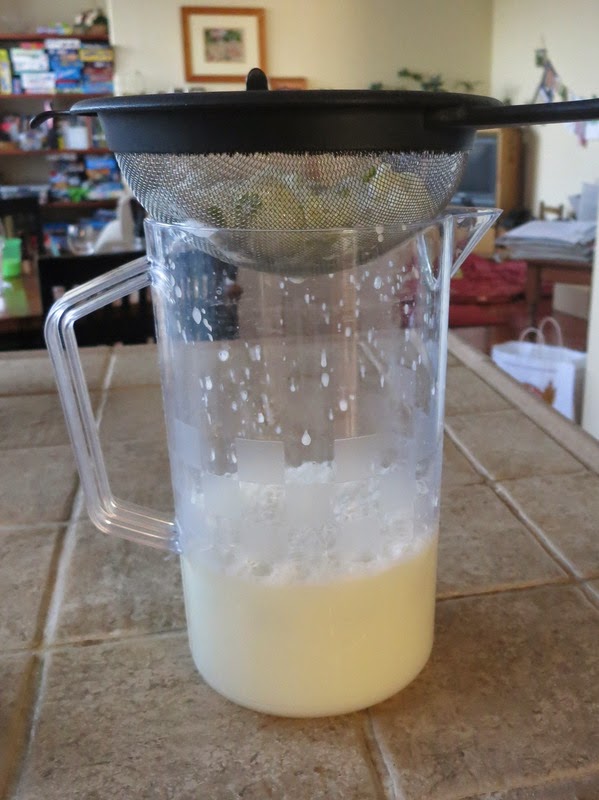 Then I filled three glasses with ice and poured us each some 'lemonade.' I am not exaggerating when I say it was AMAZING. We loved it. So yummy! We finished the pitcher within a day.

As I've mentioned many times, I almost never follow a recipe. The fact that I followed this recipe exactly left me wondering... could I adapt it to make something even more delicious?! When my friend Sheena came over the next day, I mixed up a new pitcher and began experimenting.

My first thought was that this yummy drink would be even better with a touch of vanilla to enhance the creaminess and to give a deeper flavor. My cousin's wife, Ginger, sells homemade Madagascar vanilla extract under the Kennedy Farms label. It has a really complex flavor that screams vanilla and it is so, so good. My favorite way to use it is in vanilla ice cream. (To try some, check out the Kennedy Farms Facebook page and tell Ginger I sent you!)

Anyway, I took 1 cup of the Brazilian Lemonade and aded 1/2 tsp. of Ginger's amazing vanilla, mixed, then poured small samples for Sheena and me. I probably should have taken the photo before pouring, since this clearly shows 3/4 c. Oh well. 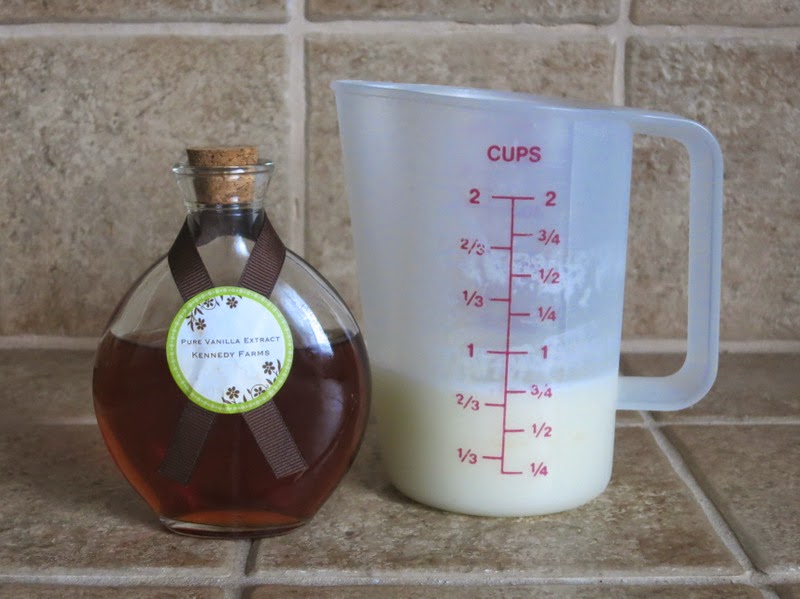 The new vanilla-enhanced lemonade was really creamy and delicious. It was amazing how significantly the drink changed with such a small amount of vanilla! Both Sheena and I agreed that it was fantastic with the vanilla, but that it had completely dulled the tart citrus taste that we both loved. It tasted like a Lime Julius would taste, if there were such a thing. Delicious, but no longer lemonade. Time to try a different mix-in.

What goes with limes? Tequila! I measured out 4 ounces of lemonade and added 1 ounce of tequila. We each had a tiny taste. Good, but significantly less good than the original plain Brazilian Lemonade. 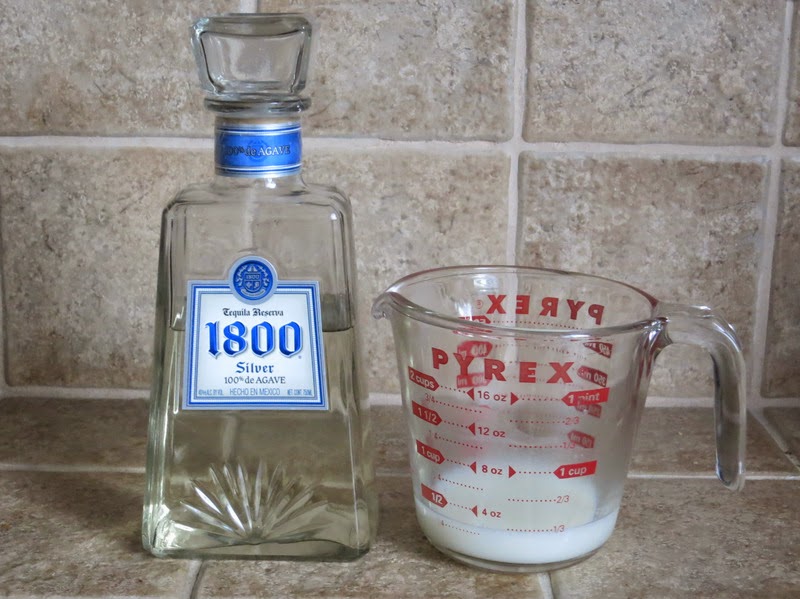 How about adding grenadine? I mixed 1/2 c. lemonade with 1 tsp. of grenadine. The color alone was reason not to. It turned a ghastly medicinal pink. It tasted ok, but definitely not an improvement over the original. 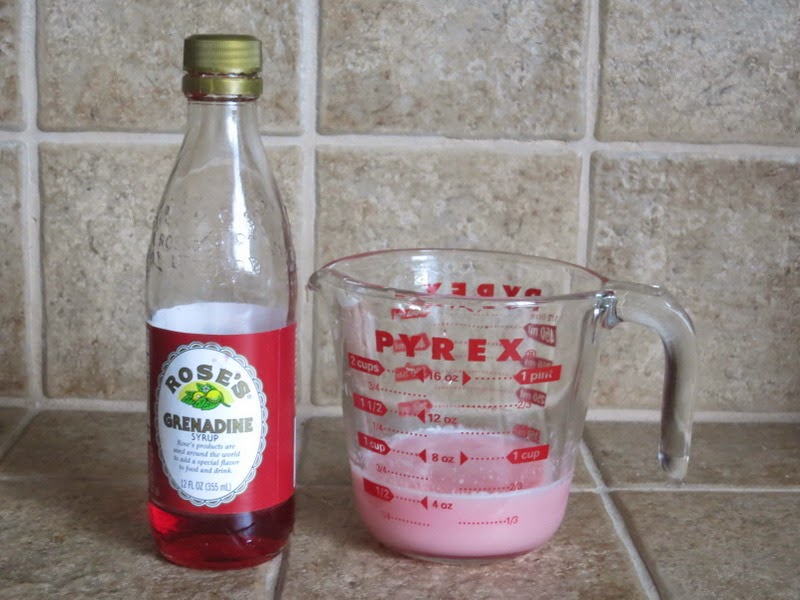 We tried two other mix-ins. First, I added 1T. lemon juice to a 1/2 c. of lemonade. For some reason, I didn't take a picture of that, nor of our next mix-in, which was Sprite, added in equal parts to the lemonade. Along the way, I took a lot of notes as we tasted each item and graded it. Here are the results:

So, when all was said and done, the original recipe was the best, with the lemon juice and vanilla extract mix-ins close behind! I'm going to be making all three versions of Brazilian Lemonade again and again. Thanks to Sheena for not only tolerating, but enthusiastically encouraging, my constant efforts to turn everything in life into a taste test.
Email ThisBlogThis!Share to TwitterShare to FacebookShare to Pinterest
Labels: Cooking Competition, Recipes