For Letter V of The Cursive Project, Trevor and I made vampires. The process was a lot of trial and error, with each of us cutting out shapes and making alterations until we had a cool-looking vampire. Here are the pieces we used: 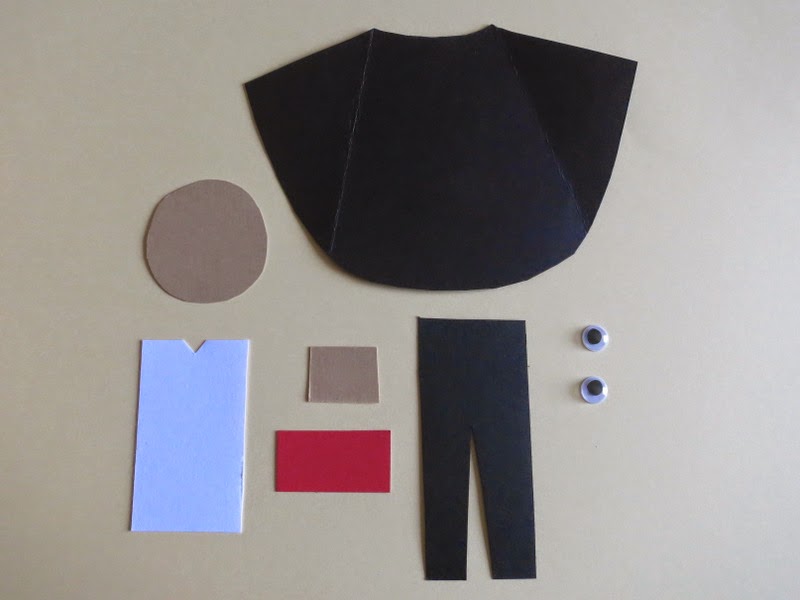 We assembled the pieces and then used a black Sharpie to add hair, a nose, a mouth, and fangs. 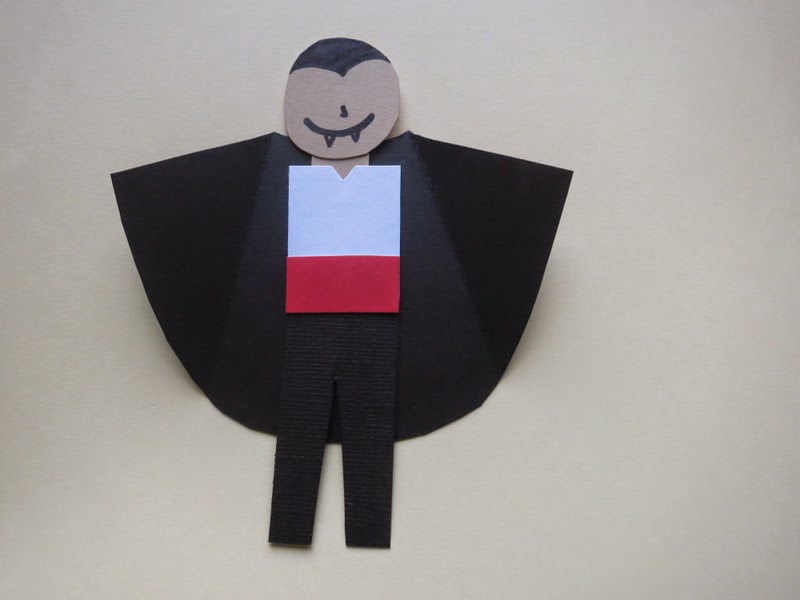 We attached our vampires to white card bases and folded up the capes. At that point, I added feet because it looked weird without them. Trevor disagreed and his vampire remains footless.

I suggested that we add a 'Happy Halloween' message that is visible when you open the cape. Trevor was adamant that this was a terrible idea, as it was still months until October 31. He zoomed off to look through my collection of stamps. Here's how Trevor's card looks with the cape closed: 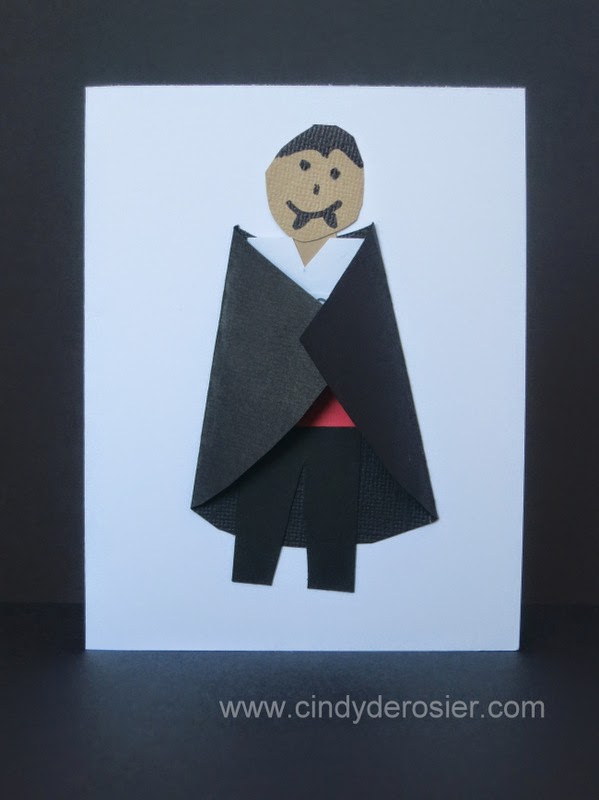 When you open the card, you can see the message. 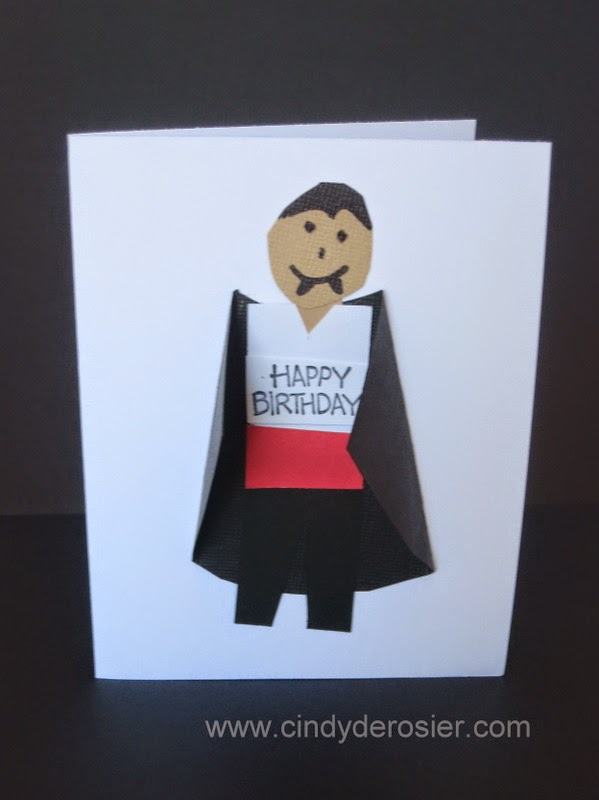 Not the most traditional birthday image, but fun none-the-less. 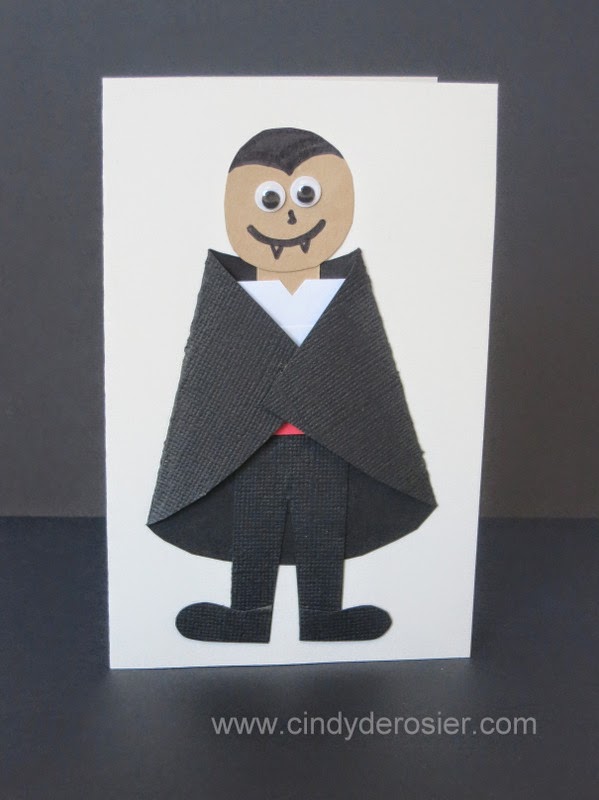 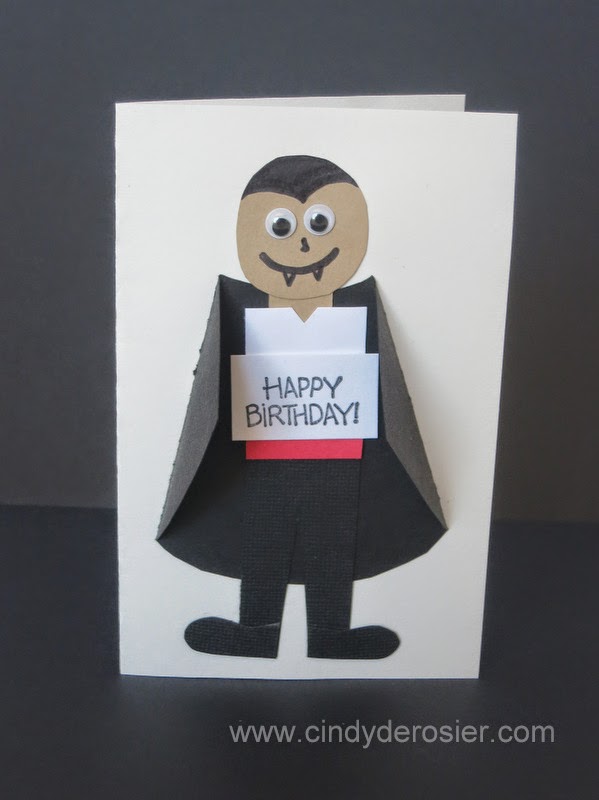 One of my cousin's kids was born on Halloween; we could save these to send to him. Or, we could randomly send them to someone with an August or September birthday, leaving him/her wondering why on earth we're sending a vampire card. Hmmm... which to choose? If you know me at all, you should have no difficulty guessing which appeals to me more.  :D
Email ThisBlogThis!Share to TwitterShare to FacebookShare to Pinterest
Labels: Cards, Crafts for Kids, Cursive Project