From Wolf to Bear

Steve and I missed the Cub Scout ceremony last year where Trevor bridged from Tiger to Wolf because it fell on our anniversary and we'd already booked a non-refundable B&B for the night. Grandma took pictures, which was the next best thing to being there. This year, Steve and I were there to watch Trevor bridge from Wolf to Bear. 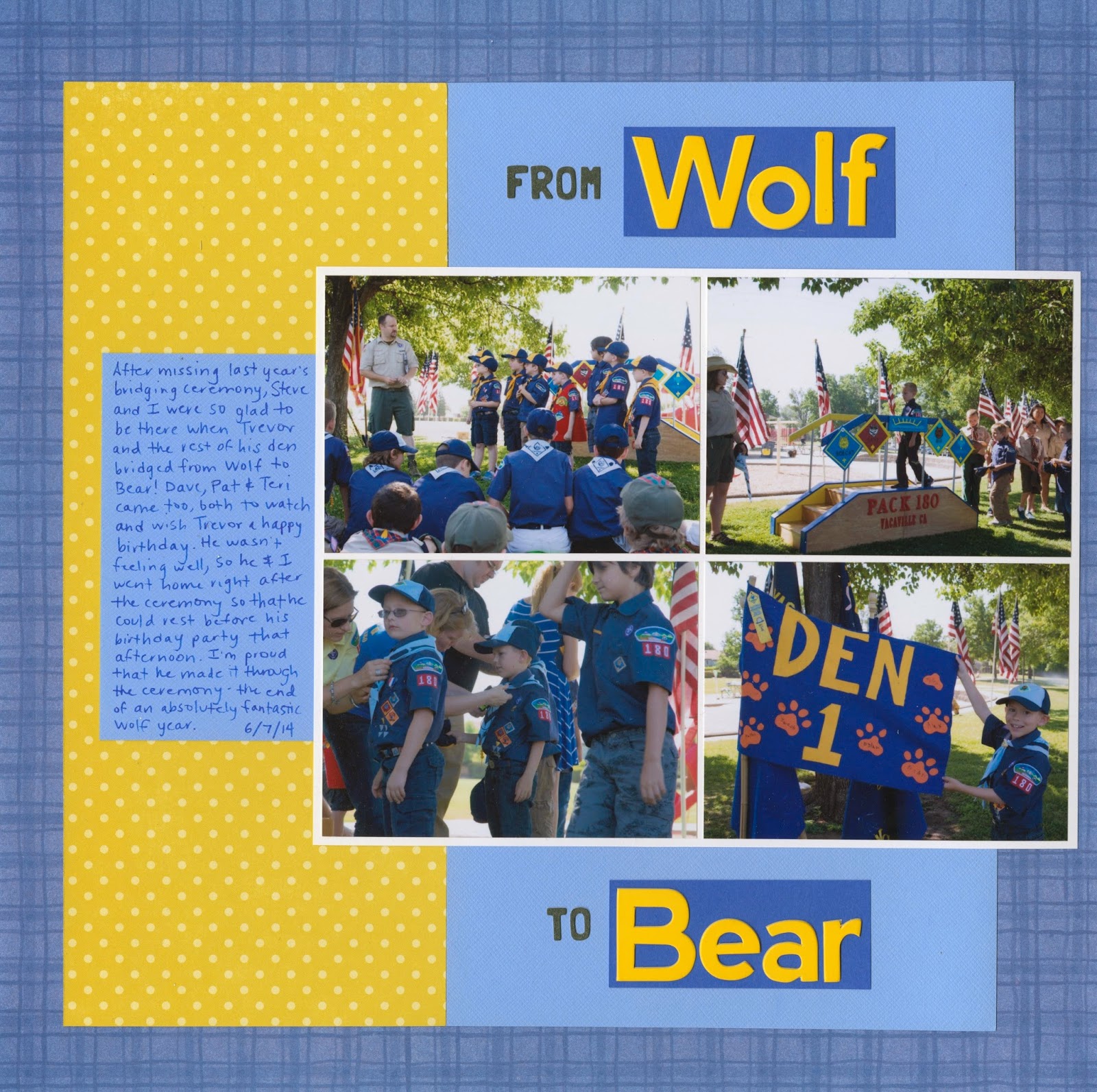 We took a ton of pictures, which I narrowed down to four for this layout. In the top left, Trevor and the rest of his den are dressed in the yellow of the Wolf rank. In the top right, Trevor has removed his Wolf items and is almost halfway across the bridge that signifies advancing in rank. In the bottom left, I'm presenting Trevor with his Bear gear. And in the bottom right, Trevor is dressed as a Bear and standing with the Den 1 flag.
Email ThisBlogThis!Share to TwitterShare to FacebookShare to Pinterest
Labels: Cub Scouts, Layouts