I wanted to share one of the projects we made during our book review craft day that was not inspired by Amanda's books. I was finishing up my awesome (if I do say so myself) Glitter Art Gumball Machine when Trevor announced that he had an idea for a frog project. He wanted me to drop everything and make one, but I was up to my elbows in Stickles and wanted to keep going. Jonna cleared aside her spot at the table and followed along as Trevor explained what to do.

According to Trevor: Begin by putting three stripes of green tape on the cardstock. Use the craft glue to draw a line the shape of a frog around the tape. Put the green yarn in the glue. Cut two more pieces of green tape for legs. Use your pinky to put tiny toes of green paint on each foot. Draw eyes, nose and a mouth with black pen. Add a tongue of red tape. Draw a fly with the black and grey markers. Done! 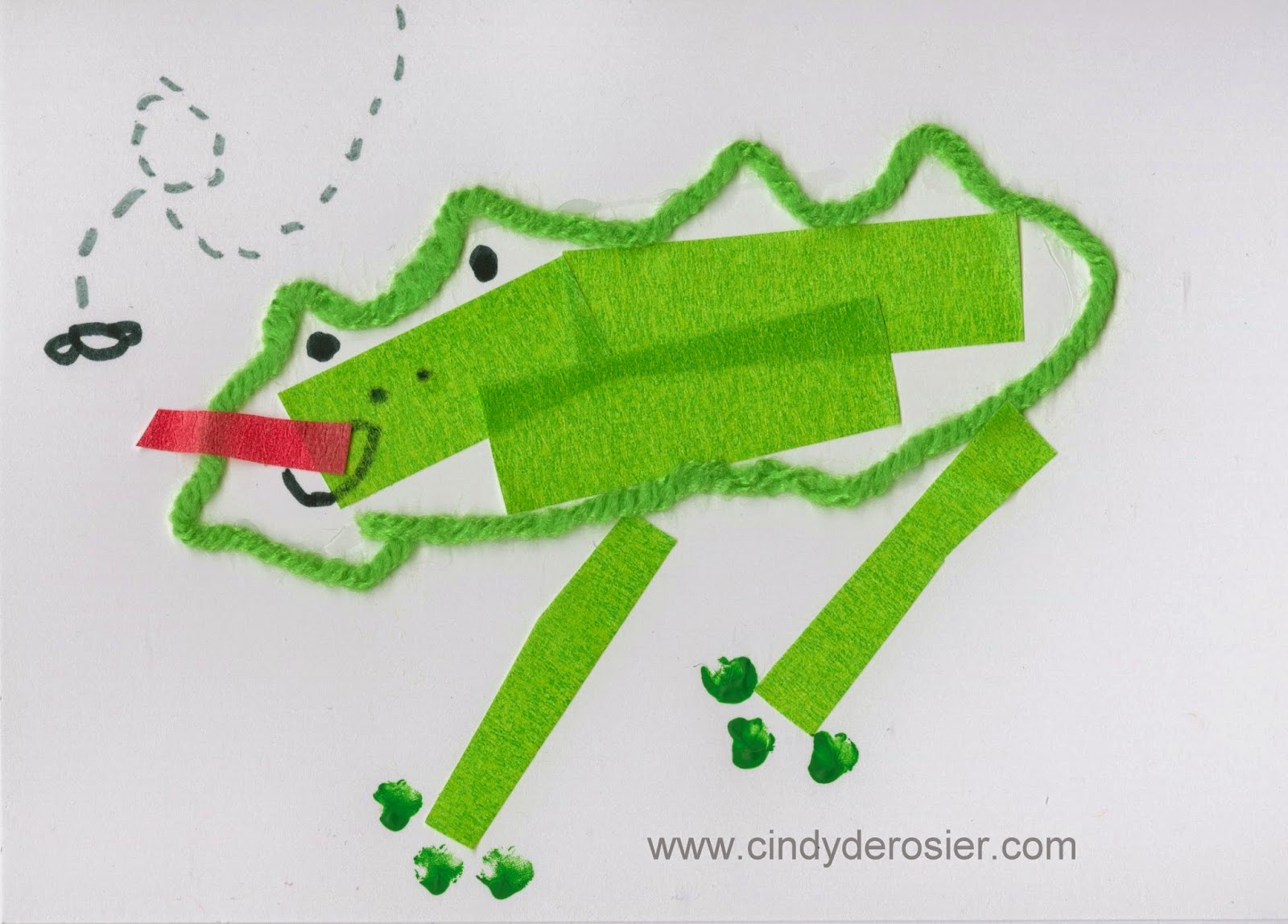 Here is the one Jonna made. She followed Trevor's directions closely, though she decided not to add a fly. 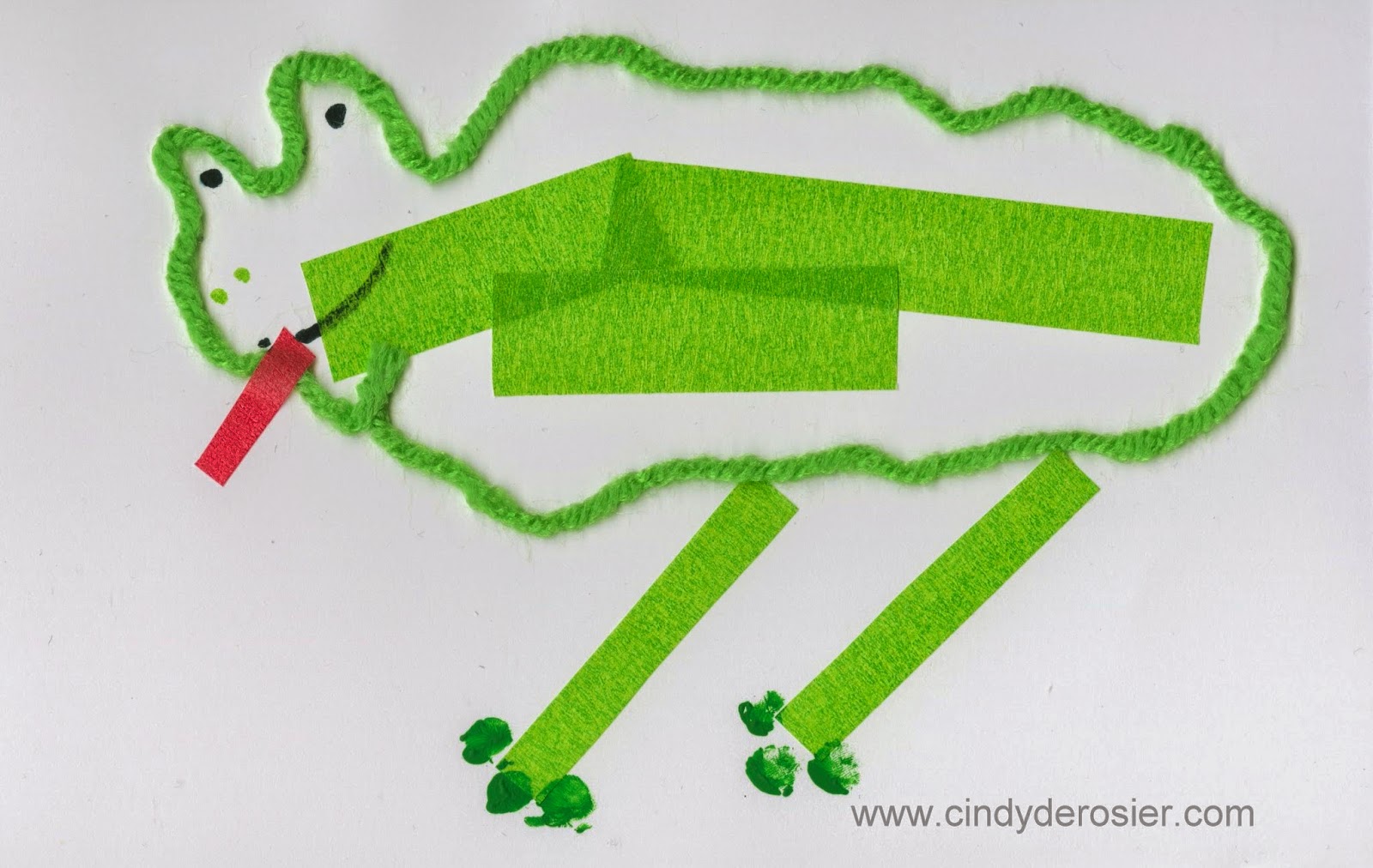 When I finished with the Glitter Art, I made my own version of Trevor's frog. As you can see, I didn't use the yarn. Instead, I created the whole body from cut pieces of green tape. I used black tape for the mouth and the fly. Other than that, I followed Trevor's directions. 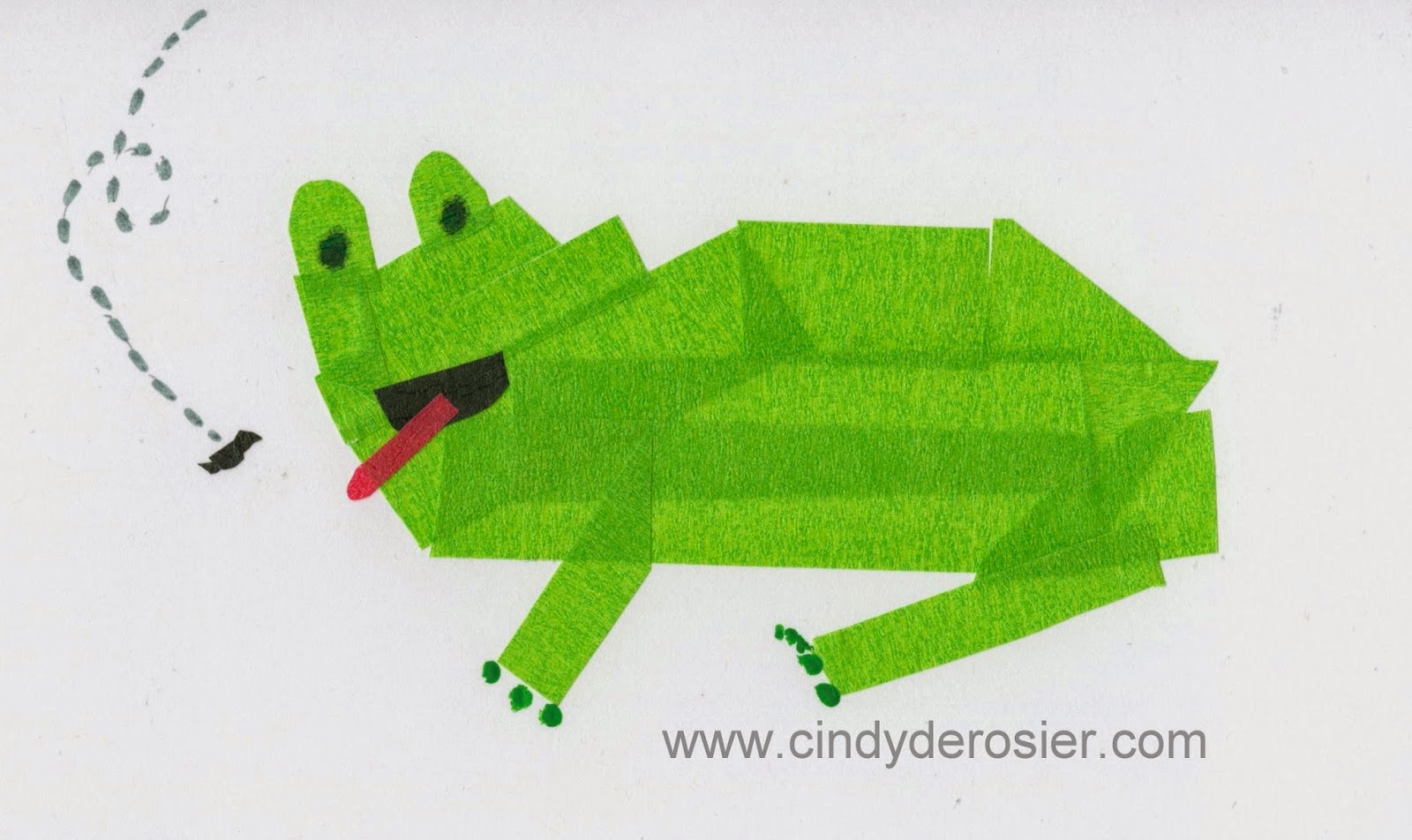 Fun!
Email ThisBlogThis!Share to TwitterShare to FacebookShare to Pinterest
Labels: Crafts for Kids