For the past few birthdays and Christmases, I've come up with a creative way to give money as a gift to my now-14 year old nephew, Timothy. He's come to expect it, so I have to up my game each time. I think I succeeded with his Christmas gift.

If you did not read yesterday's post about cystic fibrosis, please start there.

As soon as I learned that Timothy would be traveling to Australia for his Make-a-Wish trip, I knew that I wanted to give him Australian currency for Christmas. I called my bank and ordered Australian currency in small bills. Turns out that the five is the smallest, so I got a big stack of those. 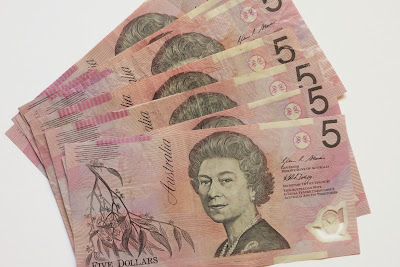 My plan was complicated. I bought a huge bag of Wonka candies (which Timothy loves) and immediately ate a bunch of the Nerds (because eating candy is the kind of sacrifice I'm willing to do for him.) I opened up the empty boxes and used them to disguise a cardboard tube. 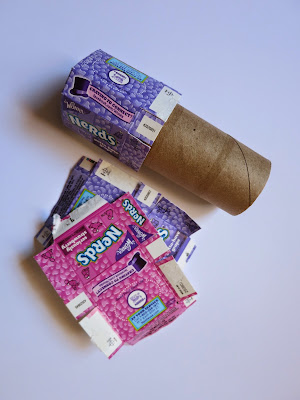 Then I rolled up the money and slid it inside. 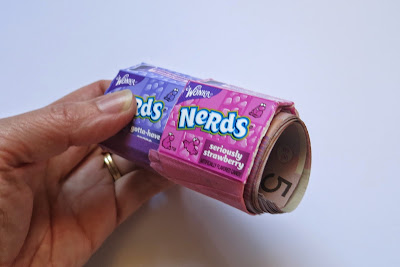 I put the tube in an empty mason jar.... 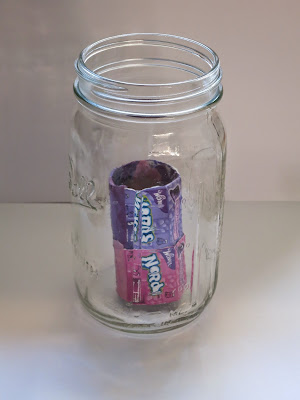 ... and stuffed the jar with candies. I added the lid, put a bow on top and set it aside. 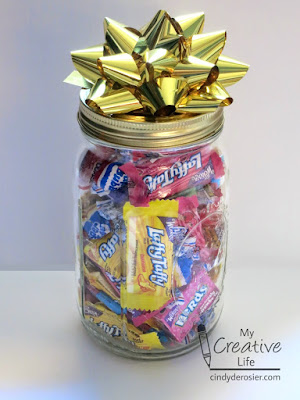 Of course, Timothy was not traveling alone. My sister, brother-in-law and niece were part of the Make-a-Wish trip. My parents paid their own way to tag along. I got Australian currency for Kari, Brian and my parents, put money in ziplock bags for each of them, and prepared containers of Skittles. 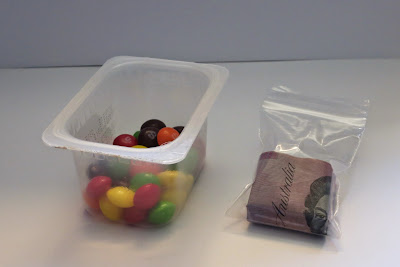 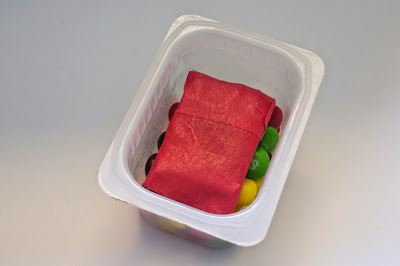 ... then buried each in the Skittles until they weren't visible. 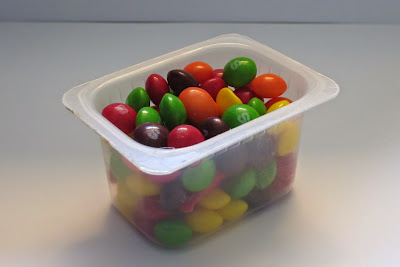 On Christmas morning, this is what Timothy found wrapped under the tree: 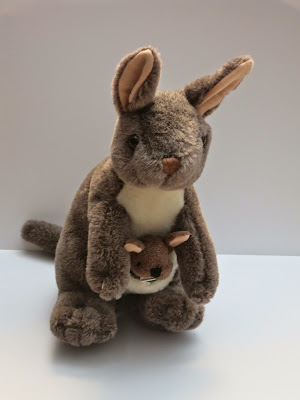 When he removed the joey, he found a tiny note tied around it. 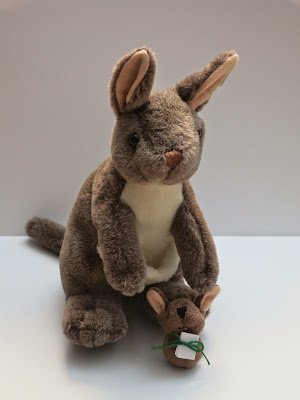 The note directed him where to search for an envelope. The envelope instructed him to gather his parents and grandparents before opening it. 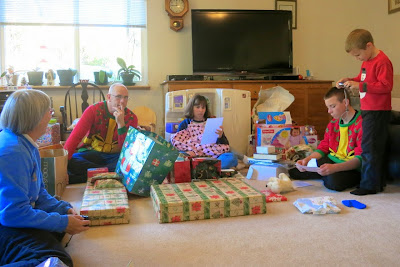 Here's the assembled group, minus my dad and Steve who were just out of the photo on the left. Brian and Timothy's matching ugly sweaters crack me up. As does Trevor taking a photo over Timothy's shoulder with his new camera.

Inside the envelope, there was an Australia trivia quiz that Trevor and I wrote. Each answer was multiple choice and there was a letter beside each choice. The goal was to work together to answer the questions correctly and that would reveal where their presents were hidden. As it turns out, our trivia was a bit too hard, as they worked together to get a garbled mess! Eventually, they worked through it, correcting their answers and decoding the message. With the clue of which room to search, Timothy zoomed off and returned with this: 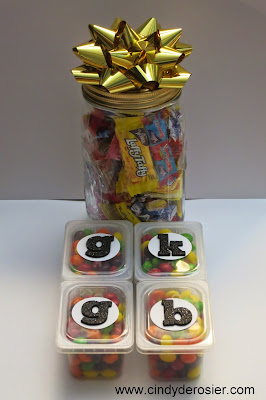 He kept the big one for himself and handed the small ones to his parents (Kari and Brian), Grandma and Grandpa. Kari was the most suspicious of the bunch, immediately digging through her Skittles and uncovering the money. Meanwhile, Timothy dumped his candy and found his wad of cash as well. He proclaimed the gift to be "very clever." Success!! 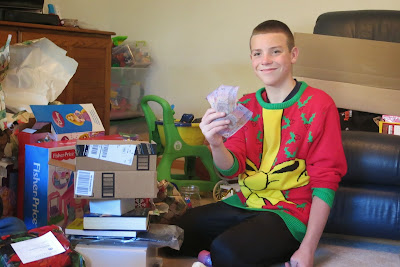 Now I have until October to figure out his birthday gift. I'm not sure if I'm going to give him money or really shake things up. It might be a good idea to keep him on his toes and learn to expect the unexpected from me. (Insert wicked cackle here....)
Posted by Cindy deRosier at 5:00 AM