NSD Challenge #8: A Number as a Title, Wood and Black/White Only

I know I said that the stamping, triangle and speech bubble challenge was the toughest for me, but Challenge #8 was a close second. For that challenge, I had to use a number as a title, a wood element, and black/white only. Color photos were ok. (My challenge, my rules... right? Right.)

I looked through all my photos trying to see if any of them would make sense with a number as a title. I'd already scrapped the obvious things, like Trevor's annual birthday layout or our 2014 Christmas card photo. And then I realized that I've been titling an entire album with nothing but numbers!

The next not-yet-scrapped, new-to-me food was.... well... I'm not totally sure what it's called, which made it PERFECT for using just the number as a title! The name of this food is around 19 letters long, in a language I don't speak, with letters I don't recognize. I'm almost sure it's Thai. The subtitle, if you will, was in English and read "tomato flavoured cracker." 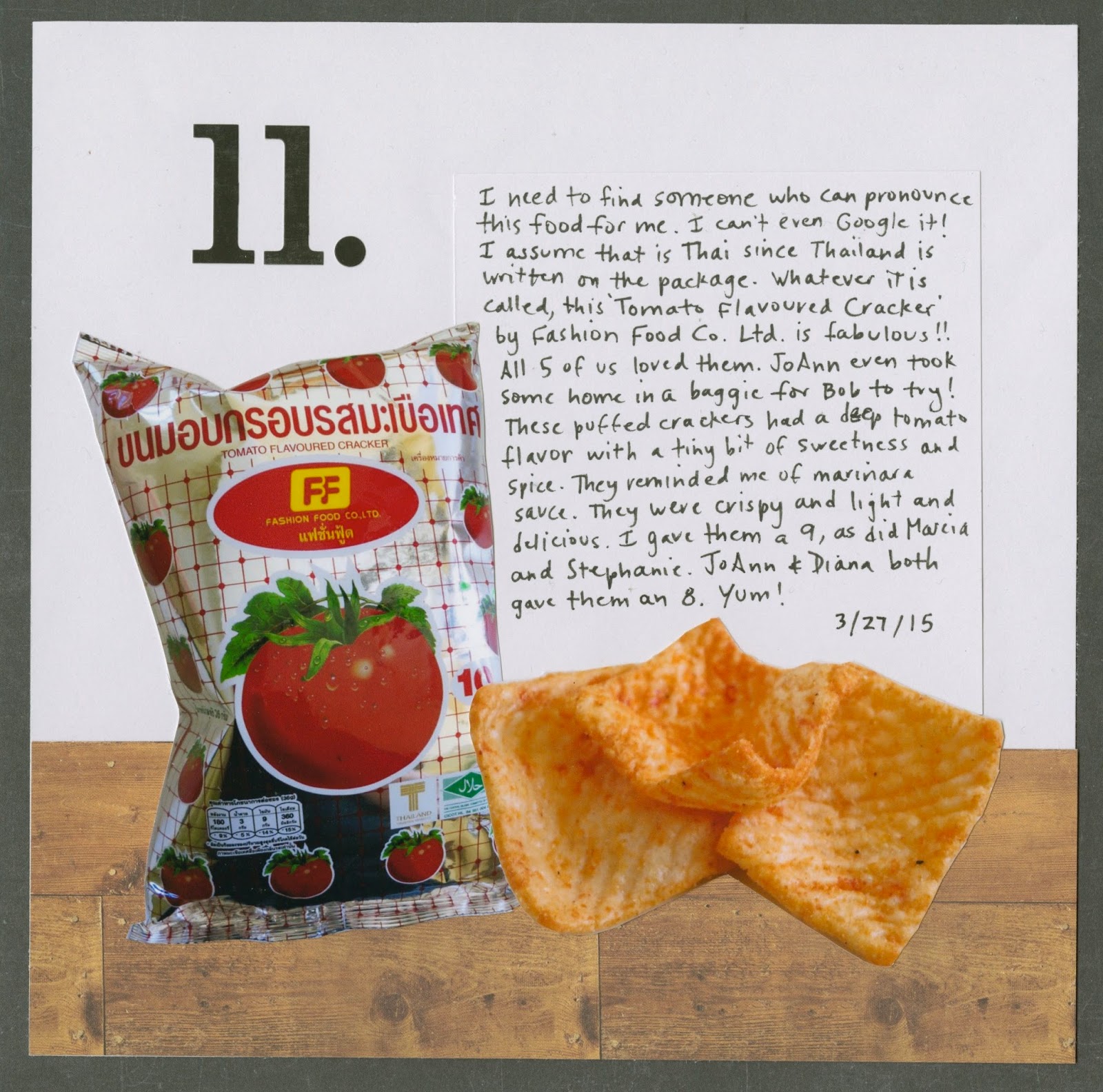 I fussy-cut the photos of both the food and its package. I used a strip of faux wood paper to look like a tabletop against a white wall, mounted the whole thing on black, added black stickers for the 11 and then journaled with black pen on white. Success!

Not only was the layout challenge a success, but so was the food. This unpronounceable tomato flavoured cracker was fantastic! It was puffy and crunchy and light, with a sweet and slightly spiced, deep tomato flavor. If marinara sauce were a chip, this is what it would be. I gave it a 9. So good!
Email ThisBlogThis!Share to TwitterShare to FacebookShare to Pinterest
Labels: 43 New-to-Me, Layouts, National Scrapbook Day