The sixth National Scrapbook Day challenge was to combine stripes, chipboard and a large circle on a project. I made another Then-and-Now layout with pictures of Trevor and my mom processing pistachios in 2008 and again in 2014. It's something we do every other year (more about that here). 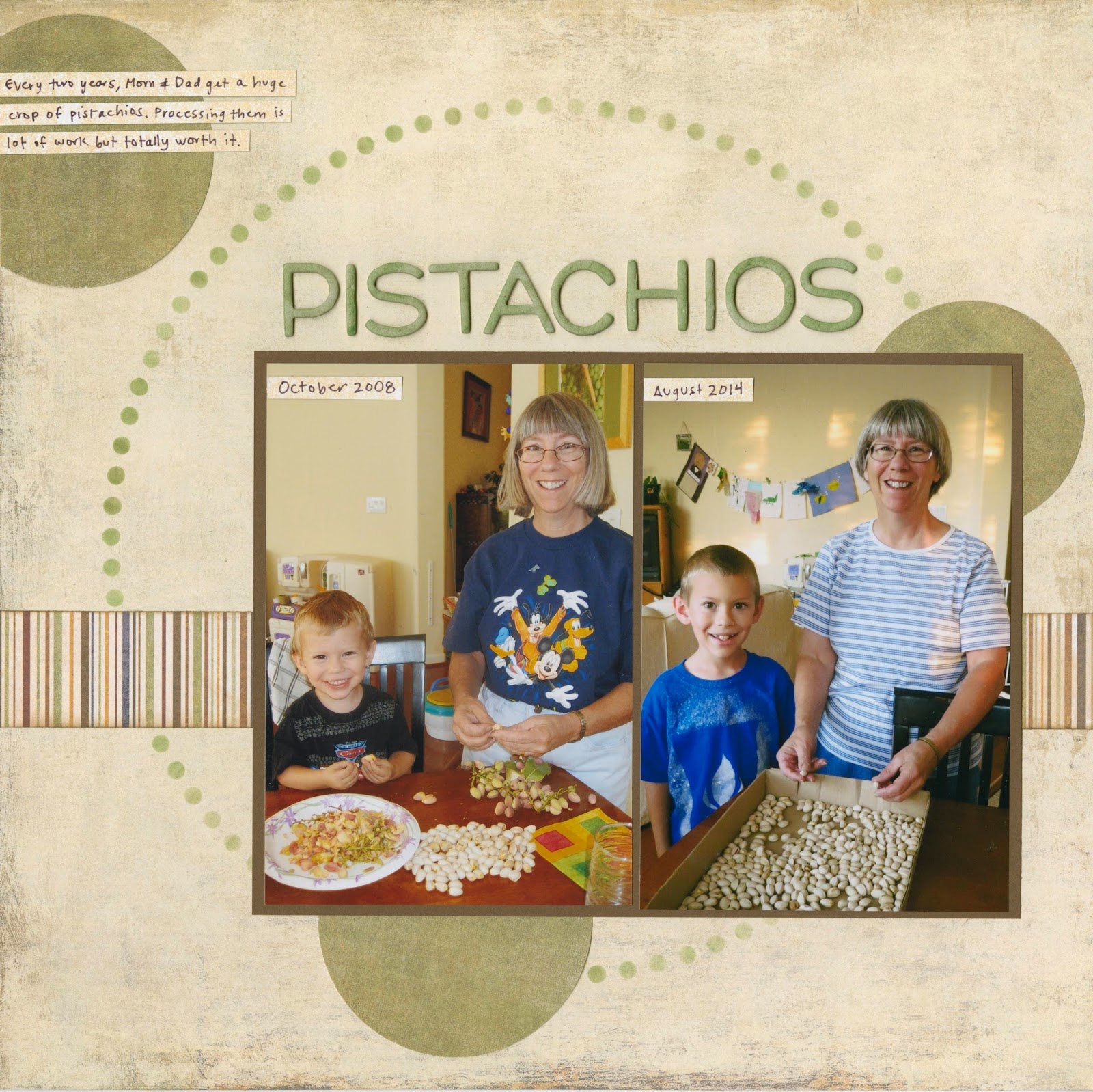 I used a stencil to make a dotted circle, added a strip of striped paper, and then inked raw chipboard letters with the same ink I used on the dotted circle. I punched three smaller circles to guide the eye and house my journaling.

One scrapper played along with this challenge. I absolutely love her layout that combines her son's photo, artwork and writing. I never would have thought to use a self-portrait as a large circle! It's fabulous. 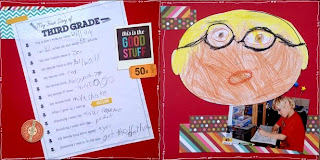 Coincidentally, I have another then-and-now layout to share tomorrow. I didn't complete the challenges in order, so I hadn't realized that there were two back-to-back.
Email ThisBlogThis!Share to TwitterShare to FacebookShare to Pinterest
Labels: Layouts, National Scrapbook Day, Young-Me-Now-Me